Steven Shane Wolhar is trying to drink his morning coffee, but every time he’s about to take a sip, his cellphone interrupts. A client calls; a client texts; another one or two or three email. 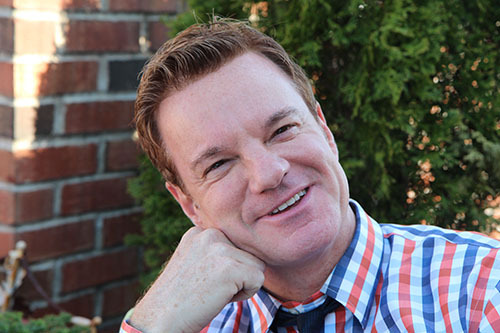 Photo by Nancy A. Ruhling
Steven works for Halvatzis Realty.

Steven, an agent for Halvatzis Realty, makes his living selling houses and renting apartments. In New York City, these transactions are not simple matters, so it’s Steven’s job to make them seem easy.

He spends so much time on this job — and on his other jobs — that he rarely gets the chance to sit down to enjoy his own home.

And that’s a shame because the three-family he shares with his husband-to-be, Timothee Faberger, is as beautiful as a bouquet of red roses.

Steven, the handsomest man in the room, doesn’t mind. He’s spent a good portion of his life being on call. 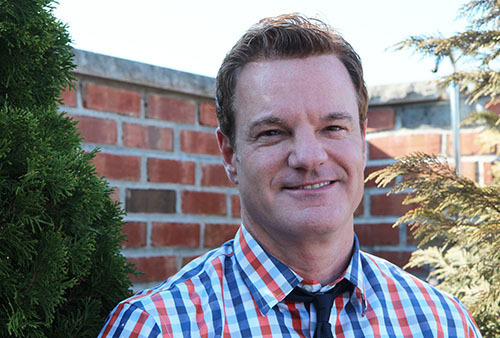 Photo by Nancy A. Ruhling
He always wanted to be on Broadway.

The first phase of his career started on the stage.

“Ever since I was 4, I knew I wanted to be an actor, singer and dancer,” he says. “I fell in love with Fred Astaire, Ginger Rogers and Gene Kelly.”

When he was growing up in Wilmington and Rehoboth Beach, Delaware, it was he who starred in the family videos.

Steven’s parents encouraged him — to be practical. He followed their advice, earning a business degree in college but added a minor in music and theater for himself. 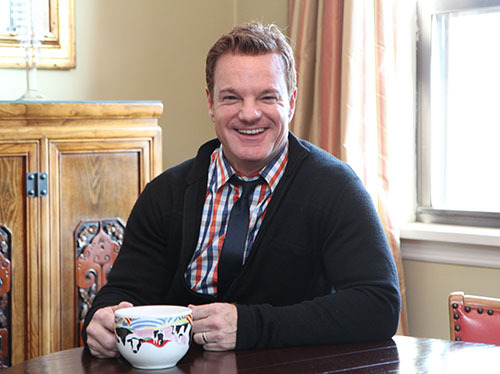 Photo by Nancy A. Ruhling
Steven used to perform on a cruise ship.

He supplemented his first full-time job, as a salesman for a wine company, with work in local theater.

“My bosses didn’t like this,” he says. “They asked me to stop being in shows.”

Steven refused, turned in his company car and moved back home with his parents. He bought a rusty wreck and commuted from Delaware to New York City for auditions.

Before he had a chance to try out Broadway, Steven got a job as an actor/singer/dancer on an international cruise ship, which is where he met Timothee, a fellow employee. 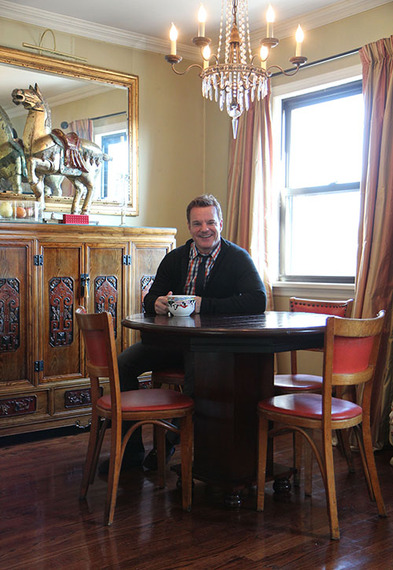 Photo by Nancy A. Ruhling
Steven traded up, to a three-family house.

“I was only going to stay for six months, but it ended up being five years because the ship kept going to different places I wanted to see,” he says.

When Timothee quit, Steven followed him to New York City.

“Timothee and I got tired of always being on different ships,” Steven says. “And there were times that we literally were two ships crossing paths in the night.” 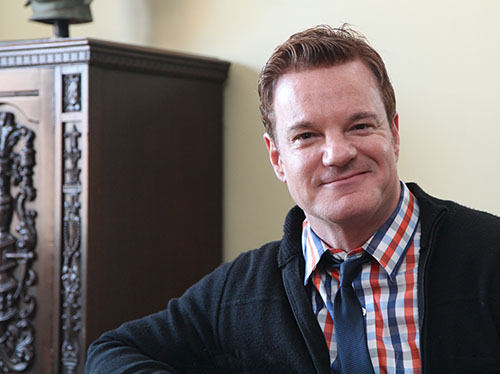 Photo by Nancy A. Ruhling
At one time, he was a waiter.

While waiting for his big break, Steven worked as a waiter at night and as an auditioning actor by day. He took voice lessons and classes in acting, movement and dance.

“I did a lot of Off-Broadway work,” he says, “but I never made it to Broadway.”

After he and Timothee, who have been together 23 years, bought their first house, he became interested in real estate and went to work part time for Halvatzis Realty.

“I wanted to have a life,” he says. “I didn’t want to be traveling around the country any more taking jobs for $300 a week and being away from Timothee. And I needed a steady paycheck.” 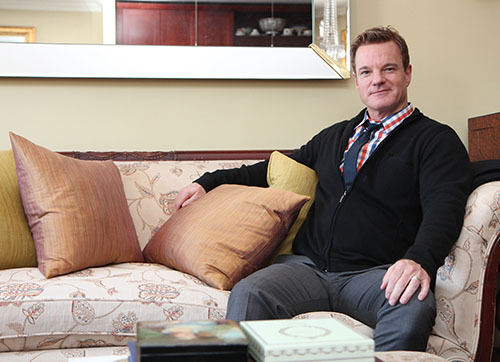 Photo by Nancy A. Ruhling
Steven recently was featured in HGTV’s House Hunters.

He laughs. Real estate, like acting, hasn’t given him security or steady income.

“The two are almost too similar,” he says. “A lot of actors go into real estate because sales is a performance.”

Steven, who left his waiter’s job two years ago, has made real estate work for him. In addition to being landlords at their Astoria apartment and Fire Island house, Timothee and Steven also own a catering business. 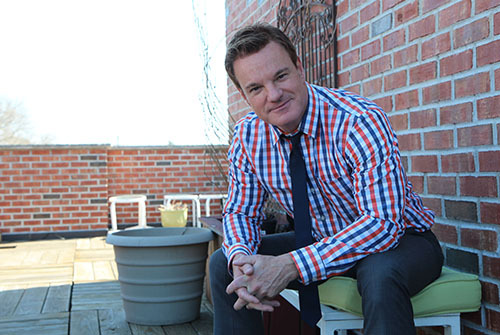 Photo by Nancy A. Ruhling
See Steven on Broadway — in Astoria.

Earlier this year, Steven merged his real estate and show biz interests by hosting an episode of HGTV’s House Hunters. It reminded him of how much he missed the bright lights.

“I still have the dream to be on Broadway,” he says. “Maybe when I retire I can go back to acting.”

In the meantime, he wouldn’t pass up an opportunity to have his own real estate show on TV.