Eleni Petraki used to be a dancer. There’s not a bit of regret in her voice when she talks about bowing out of the profession. 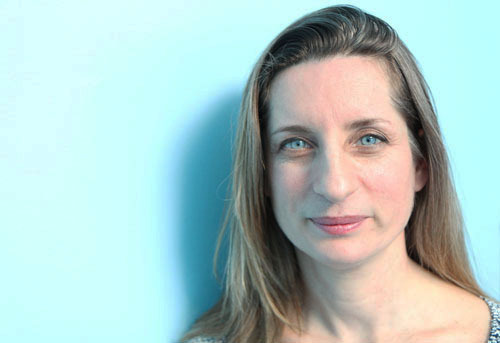 Photo by Nancy A. Ruhling
Eleni’s a former dancer.

For it was the physicality of movement that led her to the mind-body connection that transformed her life by leaps and bounds.

The excitement her legs in flight once brought her now blazes in her eyes. Their windows are neon blue and oceans deep.

Eleni, who grew up in Athens, Greece, saw dance in general and ballet in particular as a way to break free of the bonds of the ordinary world. 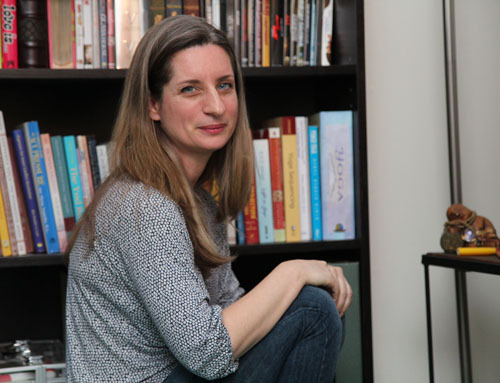 Photo by Nancy A. Ruhling
At 24, she left Greece for New York.

“As a little girl, I watched Sleeping Beauty on TV,” she says, “and I knew that that’s what I wanted to be — beautiful.”

That meant signing up for ballet lessons at 7 and ultimately practicing six hours a day. So entranced was she with the act of dance that she majored in it in college and made the stage her second home.

“I liked the silence of dancing,” she says. “It was body language, not spoken language.” 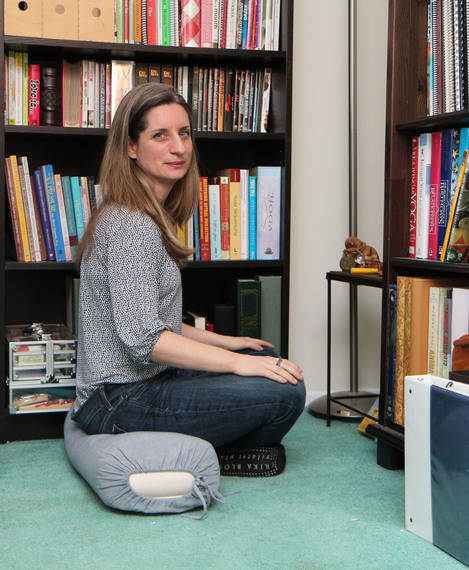 Photo by Nancy A. Ruhling
In her makeshift meditation space.

It was words, though, that brought her to New York. Her choreographer/boyfriend had lived and danced in the Big Apple, and it was he who suggested she come across the ocean to study its contemporary improv scene.

At 24, Eleni innocently left home with one three-month visa, one suitcase, $500 in cash and zero knowledge of English. 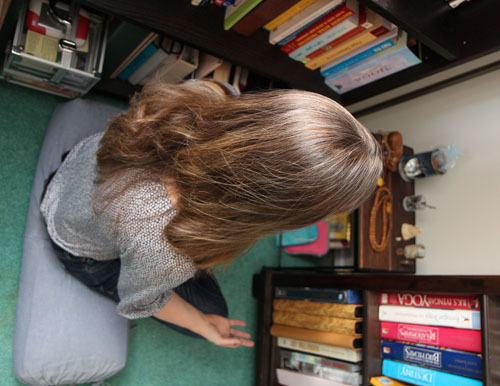 Photo by Nancy A. Ruhling
Meditation is Eleni’s daily ritual.

She didn’t get much chance to dance because she was too busy trying to pay her bills by babysitting, modeling, cleaning offices and waitressing.

“I didn’t have papers, so I couldn’t get a job with a big dance company, and the small ones that would hire me didn’t pay, so it became like a hobby,” she says. 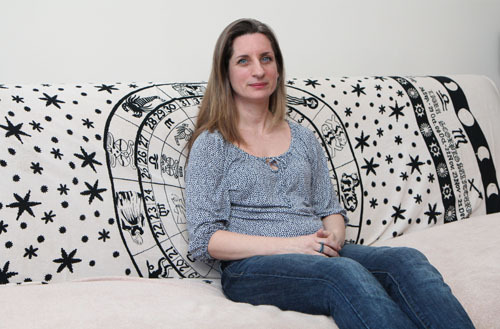 Photo by Nancy A. Ruhling
She spent four years working and studying in Bangkok.

Yet, she stayed, but she’s still not sure exactly why.

What she does know, though, is that step by step, she danced to the spiritual side. Decades of dance had rewarded her with knee, lower back and shoulder injuries, and while in New York, she added yoga, Pilates, Shiatsu, Zero Balancing bodywork, hypnotherapy and astrology to her portfolio. 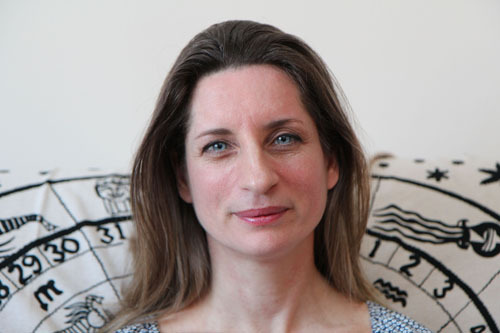 Photo by Nancy A. Ruhling
She focuses on yoga, hypnosis, Pilates and astrology.

“Up until this time, everything in my life had been physical,” she says. “Then I took my first yoga class, and I found the same silence in my head as I had in dance.”

In the midst of her mind-body studies, she got married (he was a customer at the restaurant where she was a waitress) and had a daughter, Lilly. They were just settling into their parental routine when he got transferred to Bangkok four years ago.

“I Googled Thailand and found they had Pilates and yoga, so I didn’t hesitate to go because I knew I could teach,” she says. 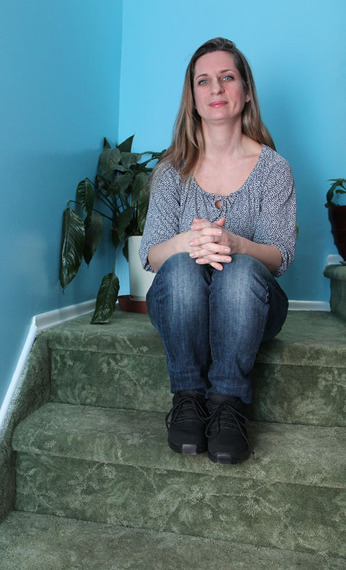 Photo by Nancy A. Ruhling
Eleni’s work focuses on healing.

They moved back to Astoria last year. Eleni took a full-time job as a Pilates instructor in Manhattan and set up Colors of Wellness, her own private practice that revolves around yoga, Pilates, astrology and hypnosis.

“My job is to heal people and make them feel better,” she says. “I don’t favor one discipline over another. There is no one answer or way to find one.”

Eleni’s work may be grounded in the soul, but her everyday life is very much of this world. She rises at 5 every morning to meditate in a corner she has set aside in the living room behind the rocking chair. 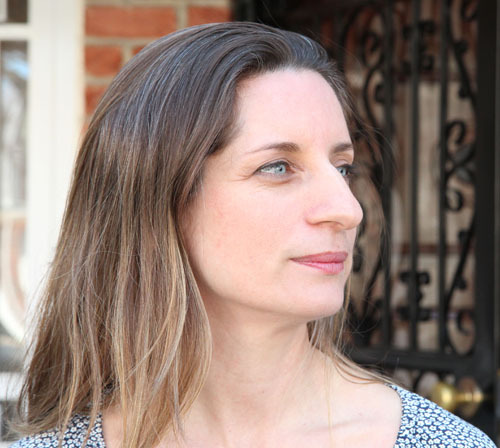 Photo by Nancy A. Ruhling
Eleni continues her journey of self-discovery.

“I do this with four other women,” she says. “Three of us are in New York City; the others are elsewhere in the United States. We SMS each other to wake up. We have been practicing together like this for nearly 500 days.”

Next, she heads to Manhattan to take a yoga class before teaching Pilates. She gets off in time to pick up Lilly from school. Most nights, Eleni’s head, empty or full, is more than happy to plow into the pillow by 9 or 10.

As she’s talking, 6-year-old Lilly, a pixie in pink, runs into the living room to watch cartoons on the flat-screen TV. Eleni remarks, as if realizing it for the first time, that ballet swept her off her feet when she was Lilly’s age.