Every time Tomas Hinojal lights a cigar, he thinks of his father. He’s puffing on a Davidoff, savoring the smoke as it covers his face like a ski mask. 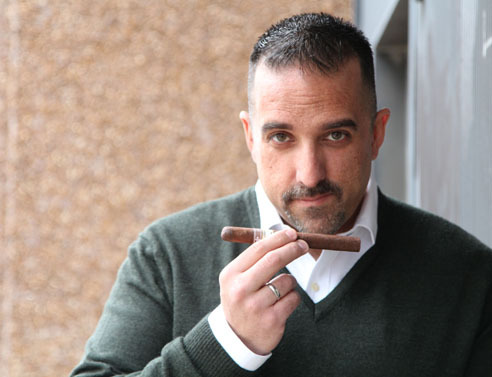 Photo by Nancy A. Ruhling
Tomas gets ready to light a Davidoff.

Sometimes it’s better to view things through a smokescreen, at least that’s what Tomas has taught himself to believe. Tomas and his father never shared a cigar, much less a life together.

It wasn’t just that God parted them when Tomas was only 17. No, Tomas had been abandoned since long before birth. He just didn’t realize it.

It was his mother who raised him. She really had no choice. Young and innocent, she succumbed to the charms of the older man who had come to Astoria from Spain. She got a baby boy instead of a wedding band. Tomas’ father was married — to someone else. And he already had a son and daughter. 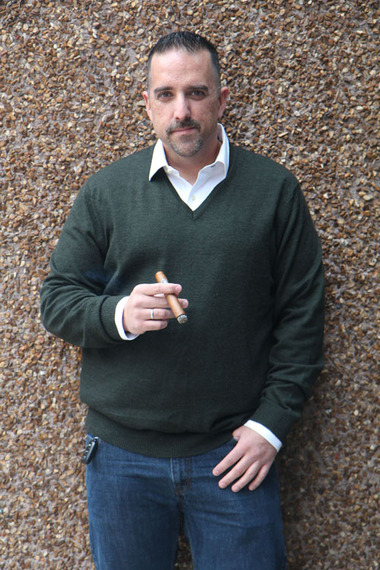 Photo by Nancy A. Ruhling
He smoked his first cigar when his father died.

“I was a love child,” says Tomas, a tall dark man who is most comfortable with a cigar in hand. “And my mother didn’t know about the other family. My father used to come to visit. My mother told me he had a night job, which was her way of explaining why he was never around. I thought it was normal for dads to disappear.”

But even the best-kept secrets leak like old sieves, and when Tomas was 10, his father’s wife demanded he choose.

It was only when he was dying — he succumbed to polycystic kidney disease — that he came back, albeit briefly, into Tomas’ life. At last, Tomas had a real family, even if it was split between two houses and two women. 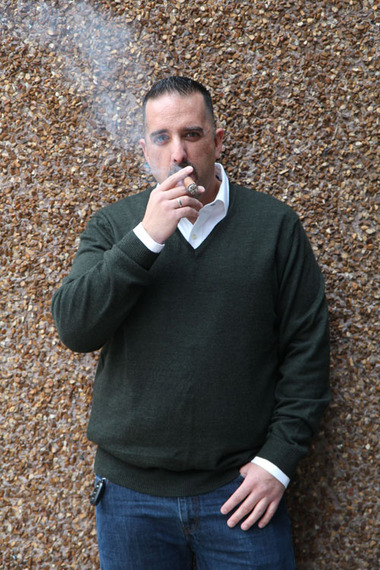 Photo by Nancy A. Ruhling
Smoking reminds him of his father.

“As an only child, I was excited to have a big brother and sister,” he says. “We all went out a couple of times together to the movies.”

Tomas cannot conjure his father’s voice, and the few photos he has have been faded by time. But his father’s inexpensive cigars linger like a stranger waiting to catch the last train.

Here is Tomas’ father cutting a cigar with his teeth and lighting it with a wooden match. Here he is opening Tomas’ gift — a bottle of Canoe cologne and two boxes of cheap cigars — on his final Father’s Day. 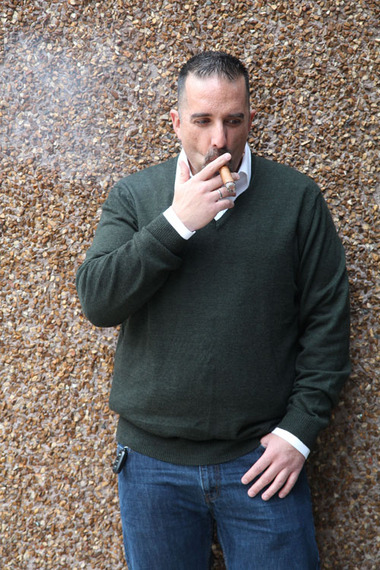 Photo by Nancy A. Ruhling
His latest documentary is about cigars.

“I smoked my first cigar the year he died,” Tomas says. “Some people light candles, I light cigars. It’s my way of keeping his memory alive.”

Through the years, Tomas marked every milestone with a cigar — he went to college and earned two degrees, took a job as a New York City schools’ physical education teacher and married his childhood sweetheart.

While he was smoking, he started writing. He had always enjoyed acting in high school, but he figured he wasn’t good looking enough to make his living at it. So he concentrated on behind-the-camera work, writing a couple of screenplays then filming documentaries. His latest, which will be finished next year, brings him full smoke circle.

Man Smoke Cigar, most of which is being filmed in Astoria, chronicles the stories behind the smokes. 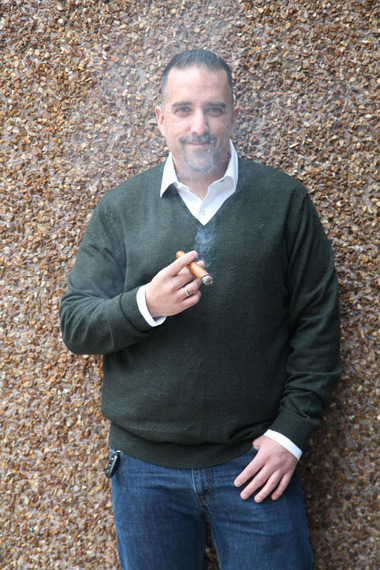 Photo by Nancy A. Ruhling
Tomas sees better with smoke in his eyes.

If there is a certain urgency to Tomas’ task it has to do with the fact that he, like his father, has PKD. His kidneys are the size of footballs instead of fists, and they weigh in at 30 pounds each. Two years ago, doctors told him he was a single stage away from dialysis.

“It’s not an immediate death sentence any more,” he says. “But it has made me re-assess my life. I changed my diet, so I’m only at stage three instead of four, but I’m still conscious of how much time I might not have left.” 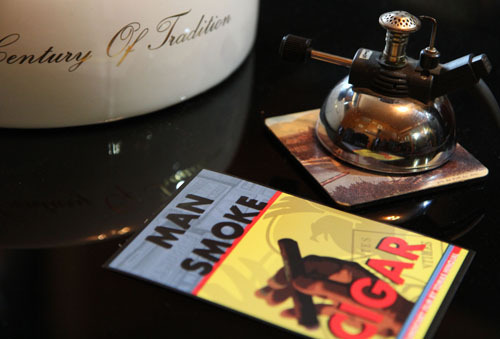 Photo by Nancy A. Ruhling
Man Smoke Cigar will provide Tomas with closure.

His father, he notes, died at 53, so he may only have a decade left.

Man Smoke Cigar gives Tomas a reason to dig up his past. His half siblings dropped him when his father died, and he still feels the loss. Several times, he’s tried to re-establish the bond, but they remain estranged. 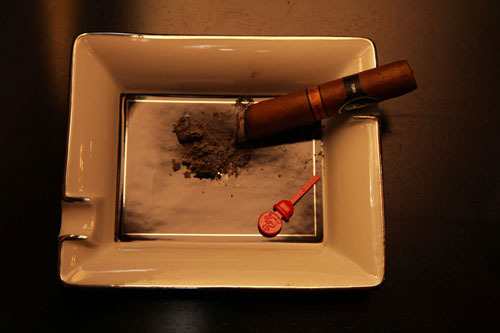 Photo by Nancy A. Ruhling
His final good-bye will be a graveside smoke.

He’s looking forward to flying to Spain and finding some more members of the family that has rejected him. While he’s there, he also wants to track down his father’s final resting place, which his half siblings have refused to divulge.

“I want to smoke a cigar at his grave,” Tomas says. “It will be my last good-bye.”

He puffs on the Davidoff. The swirling smoke forms a halo over his head and rises toward the sky.