Well-known fact: Ken Jennings won $100,000 yesterday on Who Wants To Be a Millionaire.

Little-known fact: Tony Hightower is the guy who couldn’t give him the right answer. 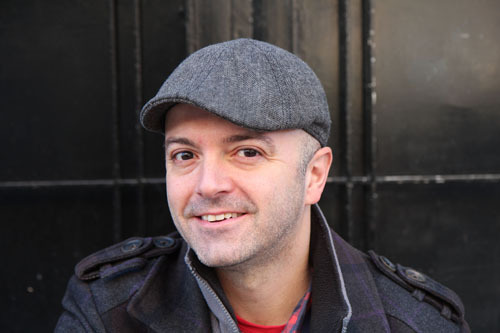 Tony, Jennings’ Millionaire “lifeline,” knew he was in trouble because the question — Which Ivy League has eating clubs instead of fraternities and sororities? — tapped into two subjects he knows nothing about: universities and the U.S. education system.

“I grew up in Canada,” says Tony. “I’m a high school dropout. I never went to college.”

That’s no excuse; he should have been able to figure out something he assumed every American was born knowing. If only he had remembered the obvious: F. Scott Fitzgerald mentioned the eating clubs of Princeton in his 1920 debut novel, This Side of Paradise.

As if missing that one were not bad enough, when Jennings got stumped the second time — on a question about Al Gore’s presidential concession speech to Bush — Tony was bursting to blurt out the correct answer.

“I tapped the leg of the guy next to me, and I kept saying, ‘The answer is D,'” Tony says, holding up four fingers. “But contestants are only allowed to use the lifeline once. I blew it.” 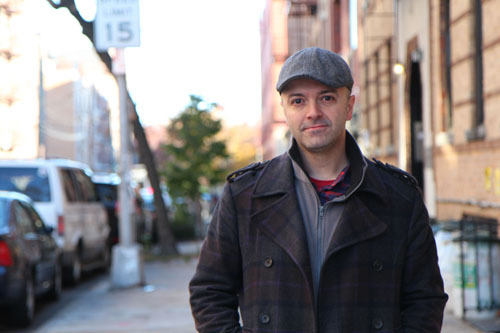 Photo by Nancy A. Ruhling
Tony is a Jeopardy! champ.

The episode may seem trivial, but to Jeopardy! champ Tony, who is the host and executive director of TriviaNYC and the marketing director and MC of the Trivia Championships of North America, it was nothing short of a factoid fatality.

“Yes, trivia are facts about things that don’t matter,” he says. “But it’s a really fun way to spend an evening together because there are no such things as boring facts; there only are boring people.”

Tony, whose naked cranium is crammed with millions of mindless things, couldn’t be boring if he tried, and he has the trivia to prove it.

Born in Amityville, New York, he was raised in Toronto. At an early age, he developed an affinity for reading dictionaries and watching TV game shows. 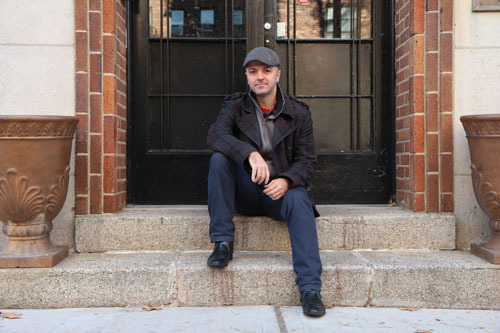 Photo by Nancy A. Ruhling
It’s a fact: Tony didn’t go to college.

He left home on his 16th birthday — “I had a massive chip on my shoulder” — and worked his way around Toronto washing dishes, tending bar, waiting tables and doing shifts at factories. He spent a couple of years sleeping in a van on the street.

“This all helped me develop the life skills needed to live like an adult,” he says.

For a while, he wrote music reviews for the alternative press then formed his own band. He taught himself guitar — “the first couple of years, I was terrible” — and styled himself as a singer/songwriter.

In 1999, he and his bandmates decided to try their luck in New York City.

“We were good enough,” Tony says, “but after three or four months, we disbanded. I was the only one who wanted to stay in the city.” 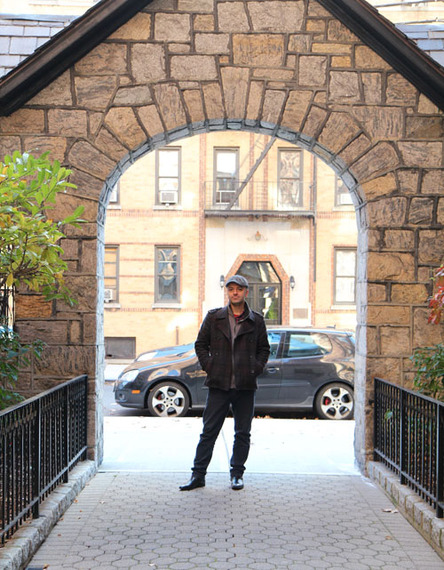 Photo by Nancy A. Ruhling
He knew the answer Jennings could not ask him for.

Although he formed a second band, Tony was falling out of love with the music business. Then, eight years ago, he was asked to host a quiz night at Dempsey’s Pub in the East Village.

“They wanted someone who was loud and could handle hecklers,” he says. “And who was a little nerdy.”

TriviaNYC became Tony’s anything-but-trivial pursuit. He temped by day and hosted by night. But in 2008, the recession made him face some hard facts.

“I lost a job and didn’t have anything else lined up,” he says. “I realized that trivia was the one thing that was really working for my life. I started telling the audiences that I did private parties, and my phone started ringing.” 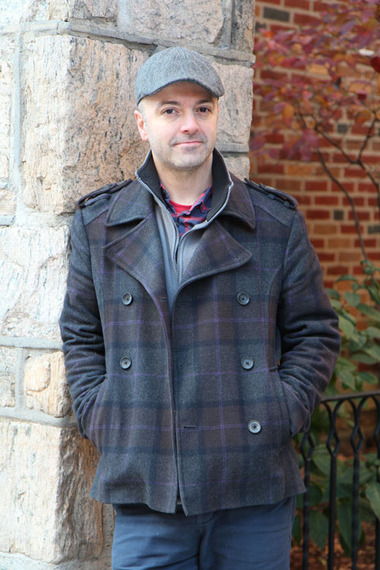 Photo by Nancy A. Ruhling
He used to be in a band.

OK, before we go any further, it’s time to play Tony Trivia.

What did Tony do with all that money?

He had laser surgery on his eyes so he doesn’t have to wear contacts, he bought the Eames lounge chair he’s sitting in, he got married, honeymooning in Paris for a month, and he financed TriviaNYC, which, he adds matter-of-factly, is “the most popular and longest-running trivia night in New York.”

You can send him a book of trivia on Jan. 9. 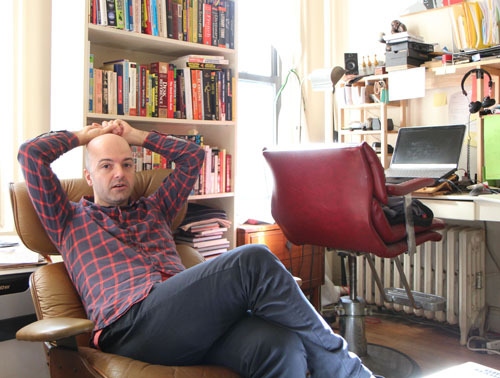 Photo by Nancy A. Ruhling
Tony in TriviaNYC’s office, a.k.a. his living room.

He either breaks out into the Bee Gees’ Stayin’ Alive or Paula Abdul’s Straight Up. He’s a baritone. Let your ears think about that.

Where is Tony’s TriviaNYC office?

It’s crammed into a corner of his living room on top of a boiling radiator. He opens the window a lot. He tweeks his trivia while drinking coffee and sitting in an antique barbershop chair.

How does Tony think up the trivia without having his head explode?

He has a mind like a Swiffer and a bookcase filled with reference volumes that include Ken Jennings’ Trivia Almanac, The Associated Press Stylebook, The Politics Book, Top 10 of Everything 2005, Celebrity Trivia and The Science Book. 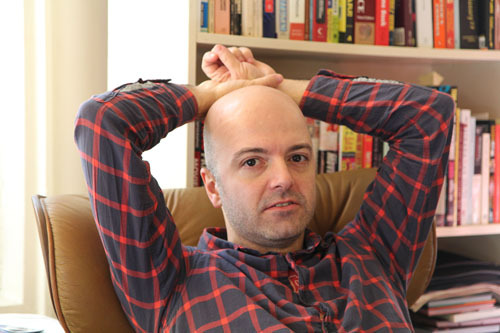 Photo by Nancy A. Ruhling
He’s taking TriviaNYC on the road.

Tony is not really sure where the trivia trail will lead him, but he’s happy to tag along.

“It’s going to be the next big thing, a national pastime,” he says, adding that TriviaNYC is expanding to other U.S. and European cities. “I want to raise it to the level of a competitive sport like baseball or basketball.”

He realizes how that sounds and stops himself. “Yes, it’s still a little game played by drunk people in bars,” he says, “but knowing something is better than not knowing anything.”

Such as Princeton is the school with eating clubs.