Underneath the grape arbor on the back patio, Garo Apanian opens his candy-apple-red laptop. “Let me show you the apartment where I was born,” he says. “It’s a beautiful building.”

As he taps into Google Maps, Nike, his 9-year-old cat, leaves her chair and pads across the glass-top table to look over his shoulder. The image that appears is of a six-story, nine-family building in Beirut, Lebanon.

“My family lived on the first floor,” he says. “My brother and I shared a room in the back. The rooms had high ceilings, and there were balconies.” 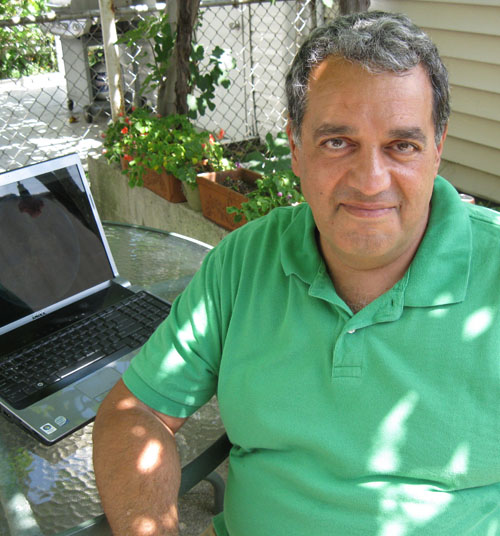 It looks just as it did when he lived there. He points out the mosque in front of the building. “Five times a day we heard the prayers,” he says, adding that his family is Christian. “The memories of my life there… “

Garo sighs, and his big brown eyes hint of sadness. “I haven’t been back there in 24 years. There are things about it I miss. I’m not sure when I’ll ever return.”

The truth is, Garo really didn’t want to leave Lebanon. Garo is Armenian — his grandparents settled in Lebanon, which is where his family lived until he was 28.

“When I was 16, the civil war started,” he says. “There were weeks when we had to stay inside all the time because of the bombs in the street. Even the schools closed.”

Garo made good use of this down time. “This is when I learned to cook,” he says. “I learned from my mom. I started making cakes and cookies and traditional Armenian dishes.” 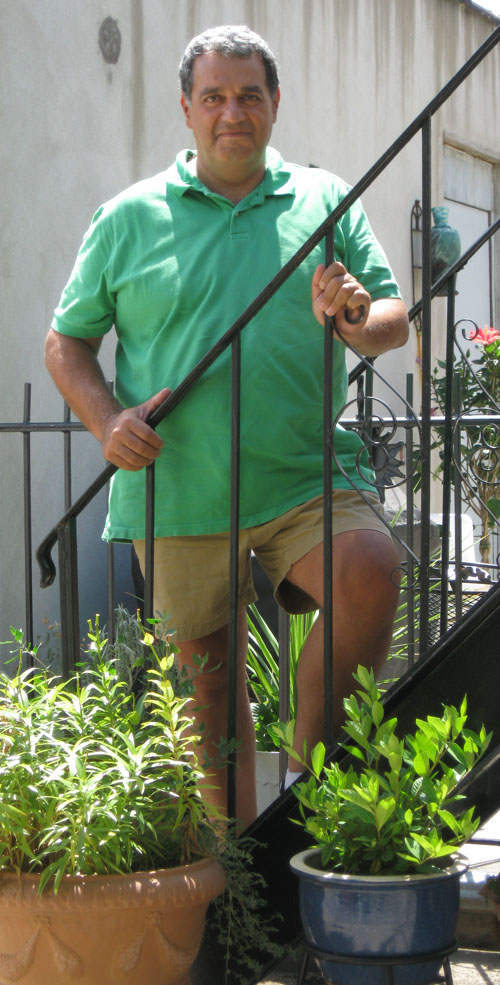 Photo by Nancy A. Ruhling
War led Garo to Canada; love took him to Astoria.

The fighting continued, on and off, for more than a decade, enough time for Garo to graduate from high school and college and begin a career in the import/export clothing business. “I started at the bottom, gathering statistics for my boss, and eventually I became the head of operations,” he says.

By age 28, Garo had had enough of the war. “In 1987, my brother and I decided to move the family to Canada, where we have cousins,” Garo says. “My parents were hesitant, but they eventually agreed.”

Although Garo was well-prepared — his high school and college classes were conducted in English and his family was fluent in French, so there wasn’t much of a language barrier — he found it difficult to adjust to Canada.

“I was used to eight months of summer,” he says. “In Canada, there are only two. And the apartment was tiny.” 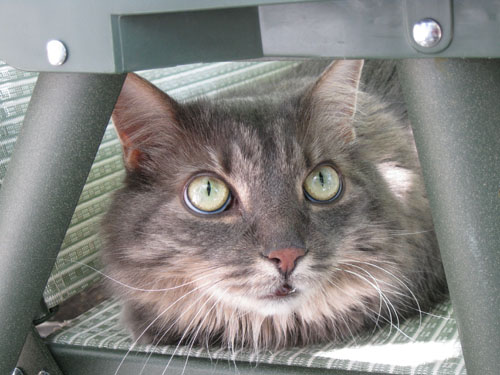 Photo by Nancy A. Ruhling
Nike, Garo’s cat, is his computer companion.

It took him three months to find a job. Eventually, he joined his cousin’s printing company. He was pretty happy with his life in Canada until an affair of the heart turned his head.

Back in Beirut, his family had been friends with a neighboring family. That family had moved to Rhode Island the year before Garo’s went to Canada. When the two families reunited for a visit in 1989, Garo took new notice of the daughter, Madeleine, who was studying at Parsons The New School for Design in Manhattan. In 1994, Madeleine and Garo married and moved to Astoria, where she had been living. 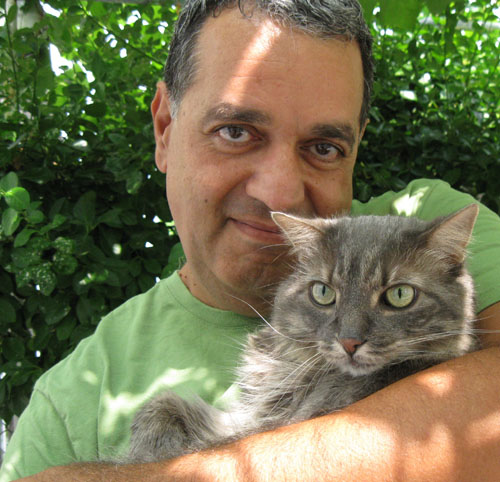 Photo by Nancy A. Ruhling
Garo vows that he’s staying in Astoria.

“It was hard for me to leave Canada,” he says. “The only thing I had heard about New York was the crime. It was scary at first, but I got used to it.”

Two weeks after he arrived, he found a job with a Long Island City printing company and worked there until it closed in 2003. He went to work for another printing company, this time in Manhattan, until June 2010 and subsequently started work in the same field for another Manhattan firm.

Garo, an IT guru, looks at the computer image of his old apartment building one more time. “You know, every Sunday in Lebanon, we had a barbeque right after church. My mother prepared everything, and my father grilled it.”

He can cook like his mother — “I still don’t know 75 percent of what she knows,” he says, a tinge of regret in his voice — but he can’t quite recreate the flavor of his life in Lebanon.

“Do I regret leaving? No,” he says without hesitation.

He snaps the laptop shut and lets Nike back into the house.