When Irina Kom parts the exotic pink and gold silk curtain to reveal her living room-cum-bedroom-cum-dance studio, the incense refreshes the senses like a walk in a spring shower.

In the corner, there’s an open suitcase filled with glittering costumes spilling out of its sides. Its image is captured in the trio of floor-to-ceiling mirrors that are the backdrop for a small Buddhist shrine showcasing a photo of Irina’s grandmother who passed with the new year.

Prominently displayed on the table is a Sinbad-style ceremonial sword, its shiny yard-long blade sheathed in its elaborate metal scabbard.

The windows are covered with purple diaphanous drapes sparkling with sequined leaves, and a panel of golden fabric turns a dresser into a treasure chest in an Arab market. Images of Indian and Indo-Tibetan deities fill the room. 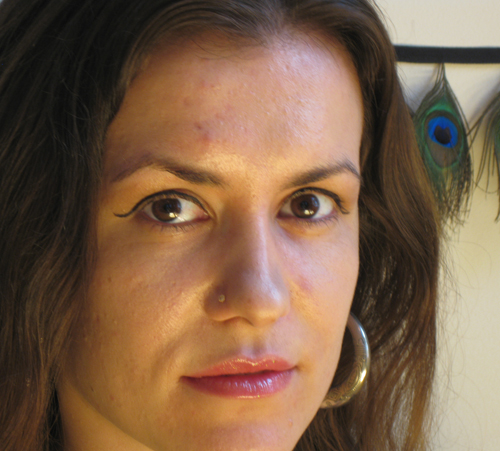 Photo by Nancy A. Ruhling
Irina, who’s from Russia, is a serious student of belly dancing.

The bed, which looks like a large futon, is off to the side, leaving an expanse of empty carpet. Irina, the goddess in this temporal temple, is a curvaceous woman with a diminutive diamond-stud nose earring, purple polished toenails and enchanting deep brown eyes accented by black liner. She brings out two folding chairs and settles into one of them as she sips her morning coffee.

Actually, it’s early afternoon, but Irina was out belly dancing until the wee hours, so she’s just gotten up. She worries that she’s not in full makeup; most women wouldn’t look half as good even with a full face-lift.

“When I don’t dance, I get sad and depressed and I’m not fully alive,” she says, adding that she performs a couple of times a week and spends hours practicing every day. “Sometimes I find I’m still at the studio at midnight.” 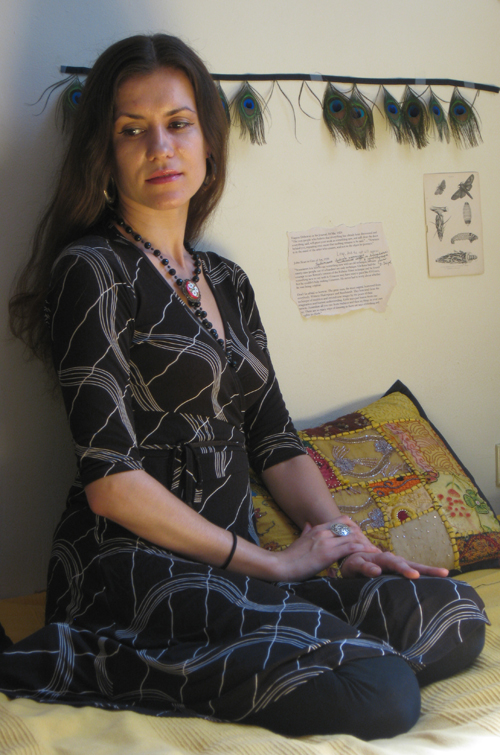 Photo by Nancy A. Ruhling
Irina’s apartment doubles as her dance studio.

“I had a solid background in music and had taken some dance classes when I was a schoolgirl and was completely taken by belly dancing when I saw my first performance in Russia,” she says, “but I didn’t become possessed with belly dancing until I came to the United States. By possessed, I mean dancing non-stop — when I wasn’t in school or sleeping, I was dancing. It’s addictive, it’s mesmerizing.”

Irina, a member of the Alchemy Dance Theater and an alum of Fire in the Belly Dance Company, is influenced by tribal fusion style and grounded in Suhaila Salimpour format. She performs at several city venues and teaches at Sol Dance Center in Astoria. “When I’m on stage,” she says, “I go into a different state where I communicate with my body.” 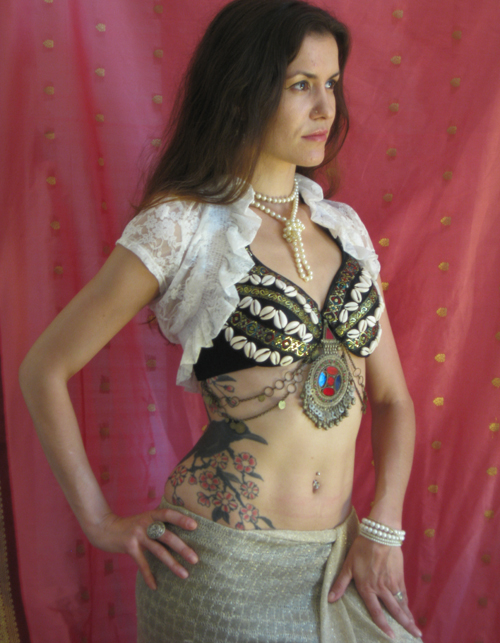 Nancy A. Ruhling
Irina makes many of her gorgeously glam costumes.

She practices and performs when she’s not at her day job. “I love dancing, drilling and sweating until I can’t do it any more,” she says. “It’s the military discipline that attracts me.”

The dancing, she says, helps relieve workday stress. She just finished a post-doctoral program at Bellevue Hospital Center and has started another as a researcher at New York University with the post-traumatic-stress disorder team. “I love academia,” she says. “I love the intellectual stimulation.” 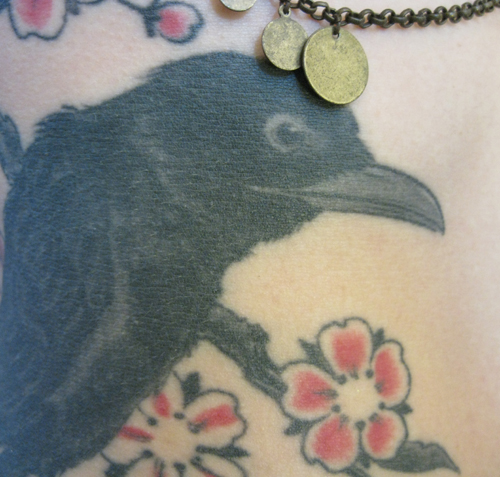 Photo by Nancy A. Ruhling
Irina’s crow tattoo dances with her.

When she changes into her belly-dancing costume — a shell-decorated black bra, a strand of pearls, a snow-white lacy bolero jacket and long, flowing fabric that forms a free-form skirt — she unveils her tattoos: a blossoming peony growing on her shoulder and a crow roosting on the bough of a cherry tree on her svelte torso.

“The peony is a Chinese symbol for the feminine nature or sensuality,” she says as she moves her body to give the bird wings. “The crow represents someone who can be liberated and fly free. He has wisdom and knows the darkest corners of my being.” 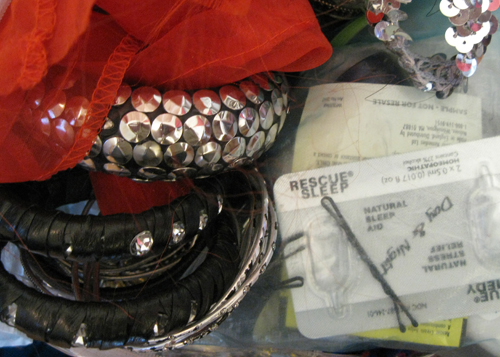 Belly dancing takes a lot of time and money; traveling and workshops are all part of the gig. For the most part, Irina makes her own sparkling costumes; when she twirls, she looks like a shooting star. “I never counted up how much I spent,” she says, “but every penny is worth it.”

She’s used to going to far-off places. After all, she did come to America. And when she was growing up, she was fortunate to travel to many parts of Asia and Europe. Now, New York is like her new BFF, but her family is still in Moscow. “I don’t see them nearly enough,” she says. 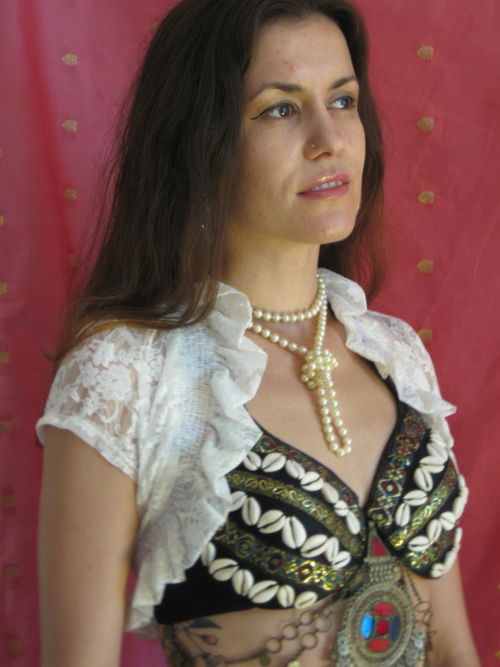 Photo by Nancy A. Ruhling
Belly dancing will always be part of Irina’s life.

Irina isn’t sure how belly dancing and psychology intersect. Perhaps they don’t. But she does know that they will remain big parts of her life, regardless of where destiny leads her.

“I love both sides of my life,” she says. “I love being a psychologist and talking to people and working with psychotic patients; it’s creative, it’s like reading a book,” she says. “When I dance, which is whenever I can, I get a chance to get out of my head and into my body. After 10 years, I’m approaching the point where I can say something as an artist. But it’s becoming a struggle to do both.”

Irina will work it out, no doubt, on the dance floor or on the psychologist’s couch.