Marina Fragoulis isn’t quite sure why she chose it. She was 10, and all she knew was that, for no particular reason, she didn’t want to play the saxophone. 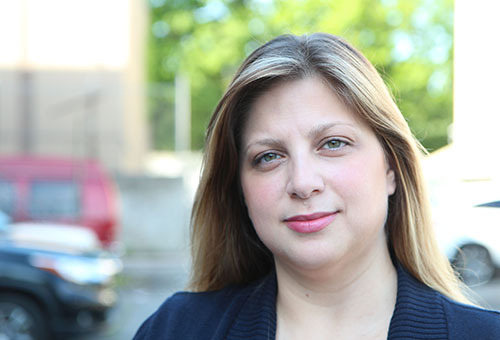 Photo by Nancy A. Ruhling
Marina’s from Crete.

She and the wind instrument were almost paired because Marina had taken an aptitude test at school and scored so high that her teachers recommended she embrace the brash brass.

Marina might well have followed their advice because she was new not only to the school but also to the state and the United States.

It was a transfer by the U.S. Navy that brought her Greek parents to Virginia Beach, Virginia, from Chania, the second largest city on the isle of Crete. 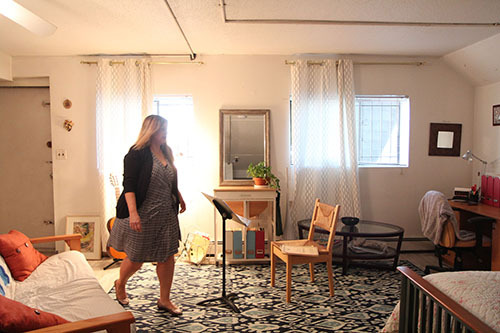 Photo by Nancy A. Ruhling
Her music lessons started when she came to America.

At any rate, music seemed like a good pursuit for Marina because it put her on a more level playing field: Unlike her schoolmates, she didn’t know English, but nobody in her class knew how to read music.

“Music is a form of expression,” says Marina, a tall woman with long, golden hair. “It’s about releasing your emotions, but most of the time, it’s hard, disciplined work, and I like that. Sitting down and playing scales and etudes is like perfecting your ABCs.”

Marina is content to practice two to four hours every morning; her afternoons and evenings are devoted to her nearly 5-year-old son, Marko, her husband, Evangelos Viglis, her music students and performances. 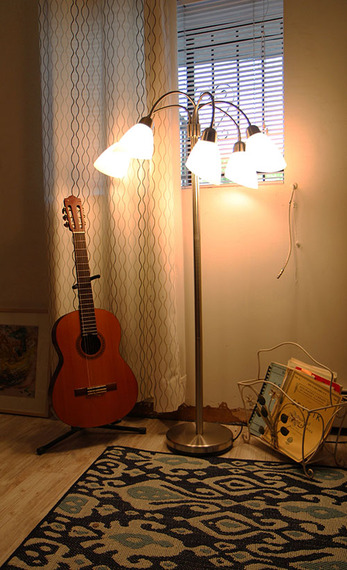 Photo by Nancy A. Ruhling
Her husband’s the guitar player.

It wasn’t always this way. After she graduated from the Mannes School of Music in Manhattan, she supplemented her income with an array of freelance jobs, eventually taking a full-time position as the music teacher at P.S. 125 in Harlem.

“Being a teacher didn’t give me time to be a musician,” she says. “I was unfulfilled just teaching, and I had to give up many gigs.”

After five years, she quit to rebuild her freelance schedule. 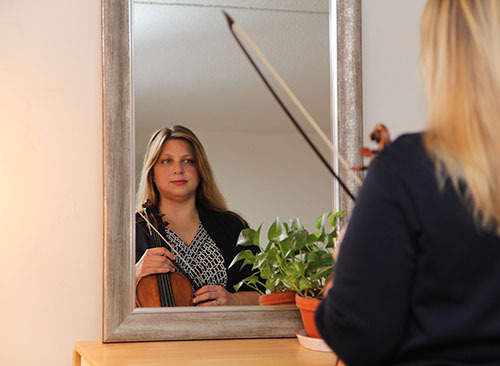 Photo by Nancy A. Ruhling
Marina practices in the morning.

“I don’t want to know where I am every Monday morning,” she says. “With freelance, I get to see different people all the time. It’s a very social job.”

In her case, it’s also a very eclectic one. In addition to performing in a variety of venues including Carnegie Hall and Alice Tully Hall, Marina is the principal second violinist and occasional concertmaster of the Astoria Symphony Orchestra.

She also is the founder of Dorian Baroque, a chamber orchestra that plays music from the late 1500s to the 1850s on period instruments following period playing protocol. 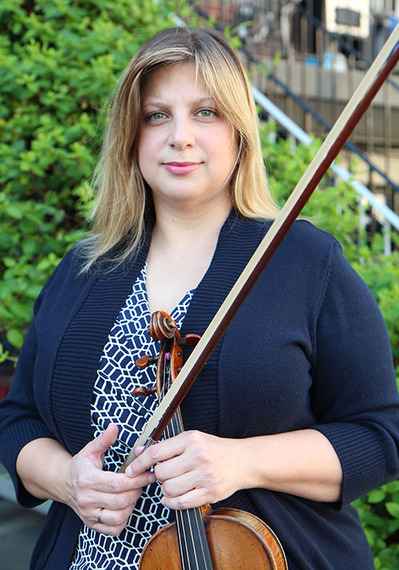 Photo by Nancy A. Ruhling
Marina is a teacher and performer.

This is not as straightforward — or esoteric — as it sounds.

The violin, for instance, may look the same to the novice’s eye, but it has changed a lot in 500 years. The bridge and bow are different, and the chin rest is a 19th-century addition. The modern sound, produced by strings of steel instead of gut, is louder.

“We don’t dress in period costumes or do re-enactments,” she says. “Instead, we put ourselves in the sound world of the composer.” 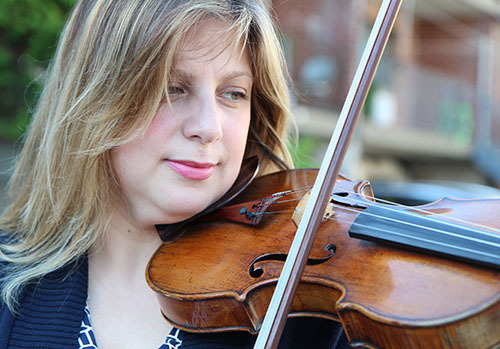 Photo by Nancy A. Ruhling
She’s the founder of Dorian Baroque.

The Baroque sound, to our ears opulent, exuberant, dissonant and ornately grand, is free-ranging.

“With classical music, you have to play it exactly as it is written,” Marina says. “But with Baroque music, you get to embellish and improvise.” 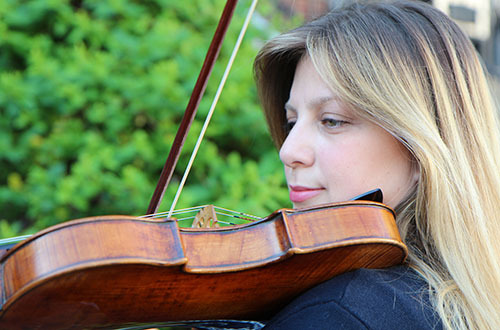 Photo by Nancy A. Ruhling
She’s a longtime player in the Astoria Symphony Orchestra.

And that’s what she really relishes.

Soon, he’ll be taking violin lessons, but not from his mother. Marina’s students are older. 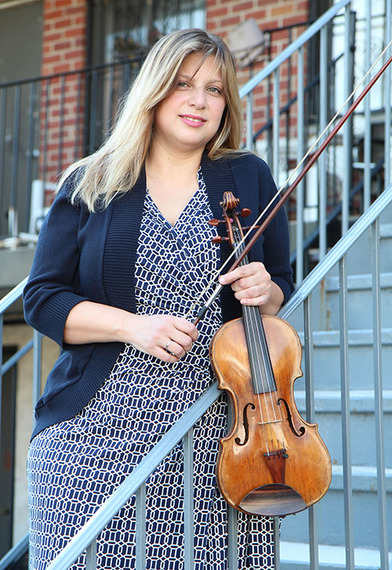 Photo by Nancy A. Ruhling
Music, she says, is all about rules and discipline.

When Marina is not in the classroom or on stage, she’s usually in the kitchen.

“I love the technical aspect of cooking,” she says. “I love the rules, and it, like my music, allows me to work through problems.”

When she puts her violin back in its case, she reaches for a cup of coffee.