As cats are wont to do at the approach of strangers, Mimosa has fled under the bed.

It’s a shame because Mimosa, a 4-year-old, nine-lived tabby, is the meow muse for Widad Franco‘s art-illustration company. 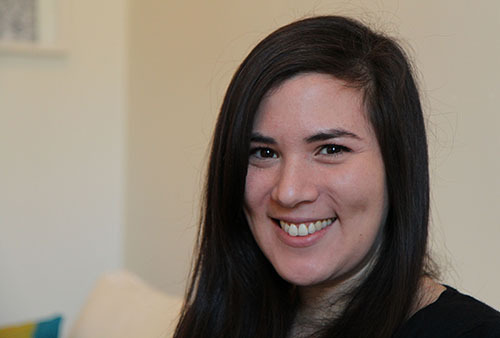 Photo by Nancy A. Ruhling
Widad’s a journalist and artist.

“She’s the real creative genius of the operation,” Widad says. “She’s my sidekick and most trusted advisor.”

To coax a creative opinion, Widad brings out a bunch of cute cat-centric greeting cards and sets them on her desk. Widad, under the pen name WidyCat, does draw other subjects, notably neighborhood houses and city scenes, but her stationery, calendars, toys, children’s books, lampshades, flower pots and other decorative objects owe their origin to Mimosa. 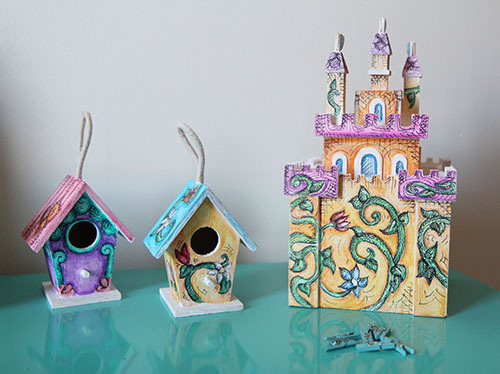 Widad, of course, started drawing long before Mimosa entered the picture. A native of Guayaquil, Ecuador’s largest and most populous city, she doodled as a child and took her first painting lessons at 7.

“I have always loved drawing because it made me feel peaceful,” she says. “It puts you in your own little world.”

Through the years, Widad drew upon her other talents to weave art and commerce into a dual career that has kept her interested and interesting. 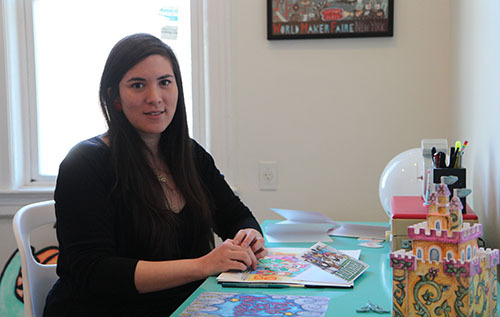 Photo by Nancy A. Ruhling
Where the magic happens.

She started studying in Ecuador but transferred to Lindenwood University in St. Charles, Missouri, where she earned a degree in journalism. She says the transition wasn’t tough: Years of bilingual education made English a snap.

A fellowship ultimately landed her a full-time job in New York City in 2002 with the Japanese public broadcaster NHK.

As a producer, Widad chased stories around the world, traveling to Brazil, Chile, Japan, Haiti, Mexico, Canada, Paraguay and even Ecuador, before taking over the United Nations beat. 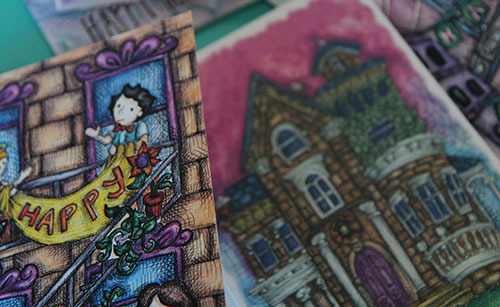 Photo by Nancy A. Ruhling
Happy — how Widad wants her work to make people feel.

She’s produced stories on everything from the ancient art of chocolate making in the Amazon to a kite-flying project conducted by Brazilian children in the slums of Rio de Janeiro to make their neighborhood a safer place.

She also found time to earn a master’s degree in media studies from The New School.

“I’ve pretty much met every head of state,” she says. “And I’ve gotten to witness incredible things and use them as a source of inspiration for my artwork.” 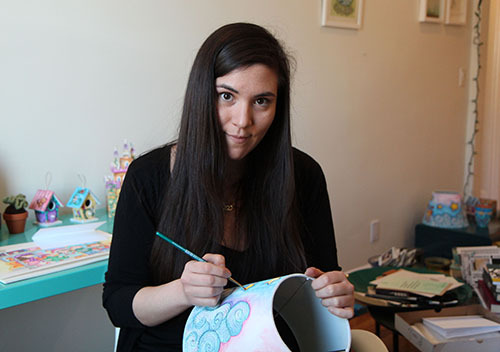 Photo by Nancy A. Ruhling
Widad at work.

In 2012, after Mimosa settled in, Widad began drawing cats, which suited her fluffy feline to a flea, and by 2013, she had launched WidyCat.

She creates her artwork, which marries the whimsical fine-line detail of Sendak with the dreaminess of Chagall, on a bright turquoise desk in the living room of her one-bedroom apartment.

When her work day is done, Widad draws, sometimes for hours, composing scenes in watercolor, pencil and ink. 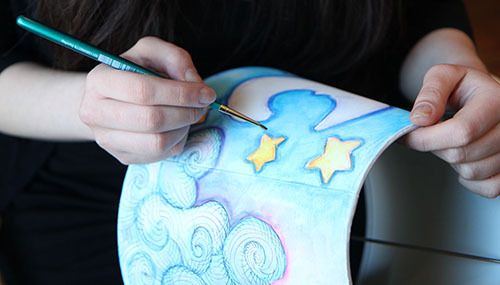 Photo by Nancy A. Ruhling
Widad works in watercolor, pencil and ink.

“Like New York City, my work is full of little surprises,” she says. “I try to capture the tiny moments that make the city so exciting.”

She usually carries a sketchpad and camera, visiting different city neighborhoods to get fresh ideas.

“I’m also obsessed with architecture,” she says. “And I love to draw houses.” 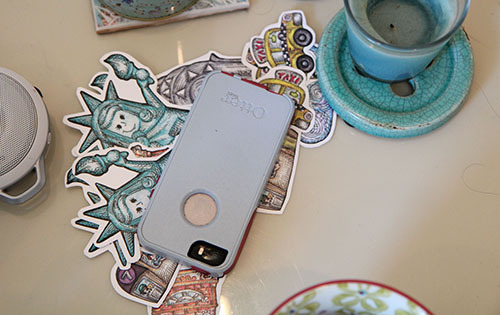 Photo by Nancy A. Ruhling
Art and life intersect.

To illustrate, she picks up a greeting card that features the Steinway Mansion and places it next to a 3-D castle.

Widad hopes her work gives viewers a wide-eyed window into the beauty of the city she fell in love with at first sight.

Producing art and news stories is such a perfect combination for Widad that she wants to continue to do both. 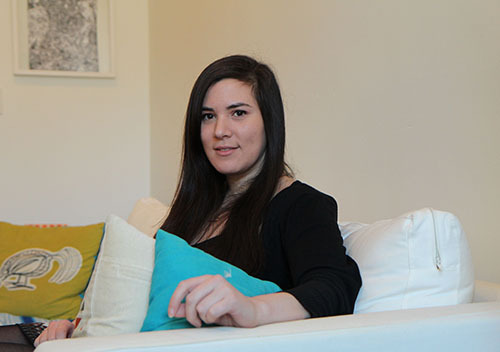 Photo by Nancy A. Ruhling
Her dual careers draw upon each other.

When WidyCat grows too big for her desk, and she runs out of time and energy to get up at 1 a.m. to pair greeting cards with envelopes, she’ll figure out how to re-juggle her life.

“For me, the main thing is remaining true to my art and my style,” she says. “I want my work to make people happy when they look at it.”

Mimosa finally pokes her head into the living room. Then she arches her back like a Halloween cat and hightails it back to the bedroom.