The sun is shouting hot as Kaman Fong dons the straw hat she’s kept folded in her pocket.

Kaman is one of 120 people who have plots behind the black-thumb chain-link fence at Two Coves Community Garden. It’s only 10:30, yet she’s been tending her fruits, vegetables and herbs since the first light of day.

She puts the hose down, and satisfied that her garden is growing well, heads for the community garden in the center of the space, where she’ll work until she puts the sun to bed. 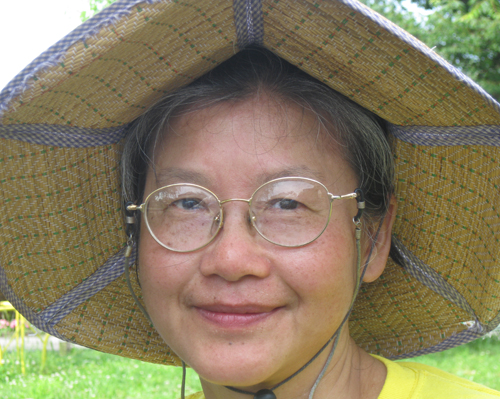 Photo by Nancy A. Ruhling
For Kaman, gardening is therapy.

The community garden is only steps away, but Kaman has to drive there. The routine doesn’t faze her — she lives across the street in Astoria Houses, and she and her motorized wheelchair come to Two Coves nearly every morning of the year. This is a cinch compared with her four-hour round trip to the Bronx, where she tends plots in two community gardens two to three times a week.

“Gardening isn’t work, it’s fun,” Kaman insists. “It lets me be close to nature, to the earth.” 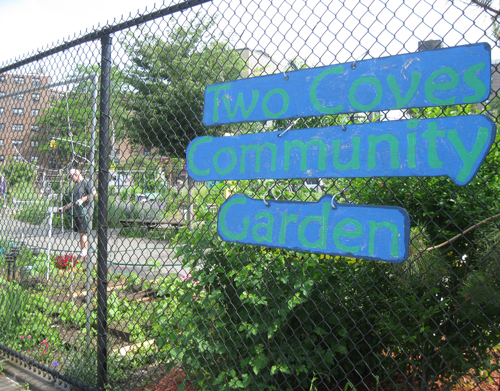 Photo by Nancy A. Ruhling
Two Coves Community Garden is next door to Kaman’s apartment.

Kaman, who is in her late 50s, started gardening as a child in her native China but didn’t get the opportunity to take it up again until 2008, when she moved to Astoria.

“I remember doing it when I was six years old,” she says. “But then the government bought our house to build a school, and we had to move to an apartment.” 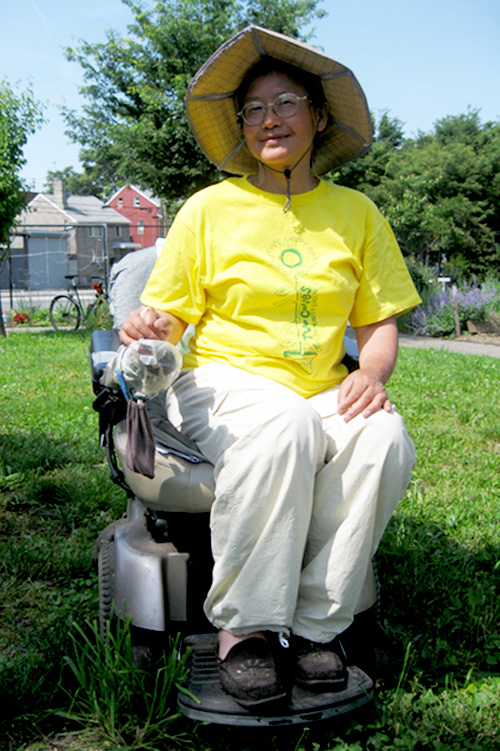 Photo by Nancy A. Ruhling
Kaman wheels herself around the garden.

Kaman, whose short black hair is corralled in a ponytail and rimmed with strands of grey, was the last of her family to come to New York, joining everyone in 1997. In China, she did what the government and society told her to do. She took her first job teaching tai chi. She was 12.

After graduating in the top 10 of her high school class, she had her heart set on going to college.

“I passed all the tests,” she says, “but I didn’t get accepted because of my father’s background. He was a soldier on the losing side of the civil war.” 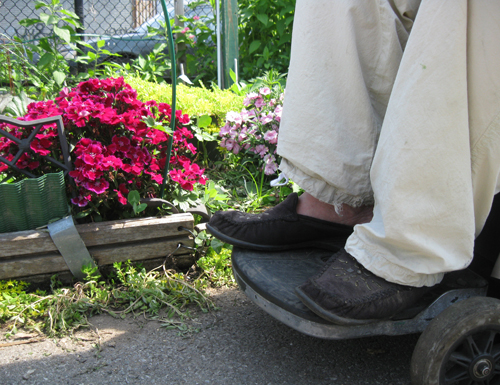 Photo by Nancy A. Ruhling
Kaman plants her wheels by a flower bed.

So, at 17, she went to work in a bicycle factory. She dutifully married at 26 and had a son.

When she was 29, a machine that mangled her left arm ended her prospects there. Two years and five surgeries later, she took a three-month computer course and worked for a Hong Kong company as a secretary. When that company left China, she opened a grocery store, then a shop that sold jeans from Italy.

“All the time, I wanted to come to America,” she says. “I was disabled, but I wanted to be like normal people.” 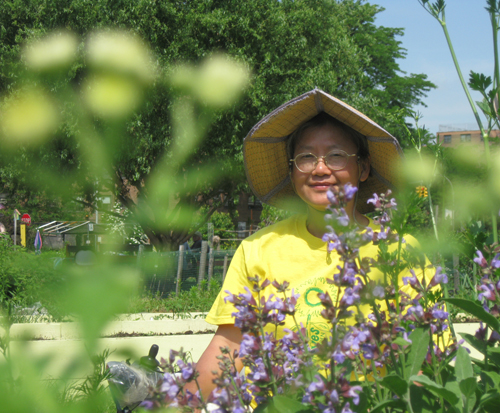 Photo by Nancy A. Ruhling
After tending her own plot, Kaman works in the community space.

When she and her husband and son immigrated, Kaman, who was in her early 40s, started to get her life back on track. She worked briefly in a clothing factory and started taking courses at LaGuardia Community College.

Five years ago, as she was coming home from the college’s library, she was hit by a car while crossing the street.

Her brain and spinal injuries make her unsteady. She can only walk short distances, so she uses her wheelchair when she’s outdoors. Kaman, who is divorced, lives with her son, who sometimes helps her out at Two Coves. It’s best she’s not entirely on her own. 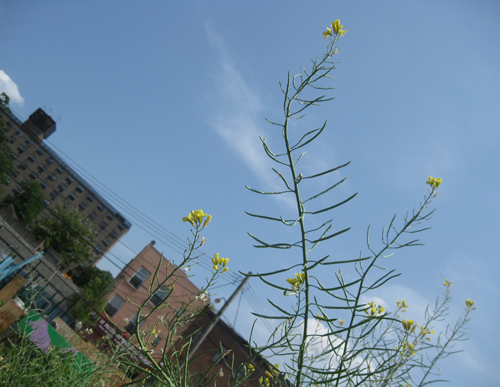 Photo by Nancy A. Ruhling
Two Coves’ plants thrive amid the urban jungle.

Like a tidal wave, the car accident roared through her mind, washing away most of the English she had painstakingly learned.

“I can’t read or write in English any more,” she says, adding that she hopes that with hard work those skills will someday be restored to her. Her doctor tells her it’s possible. 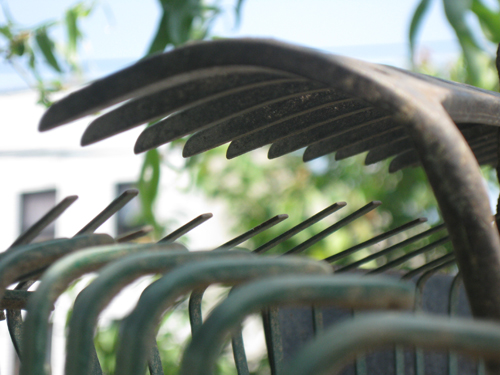 Photo by Nancy A. Ruhling
Rakes become an abstract sculpture.

Therapy is the only thing that keeps her away from gardening. She goes twice a week to brush up on her cognitive and speech skills.

Kaman, along with other Two Coves gardeners, is working on a waste-to-energy project she conceived that is designed to turn compost into low-cost and clean, sustainable energy.

“We’re experimenting with it now,” she says. “We are trying to come up with the best compost to create the most energy using the least space. We want to turn methane gas into hydrocarbon gas, which we hope can be used as household heating and cooking fuel.” 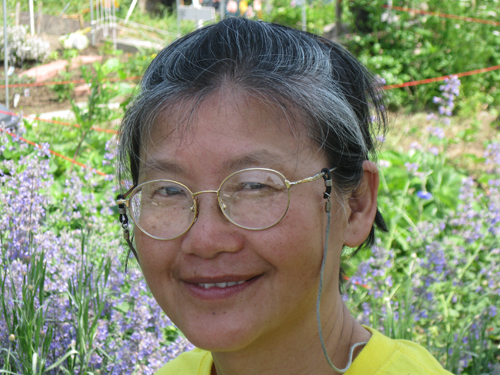 Photo by Nancy A. Ruhling
Kaman, the most exotic flower in the garden.

It doesn’t matter how long it takes: Kaman is determined to make this so-called digester work.

But now, the community garden calls.

Kaman, smiling as broad as a board, drives her wheelchair down the asphalt path. A bright orange hose blocks her progress. She stops and lifts it out of the way with her good hand then continues on her way.