It’s hard to remember that Zoe Manuel is only 15 years old. Sometimes even she forgets.

That’s because Zoe’s acting as an adult, acing college courses and working part time in a pet store.

A sophomore at Middle College High School, she’ll have four LaGuardia Community College courses — vocabulary enhancement; psychology; Italian I; and literacy and propaganda — under her belt by the time the semester ends. 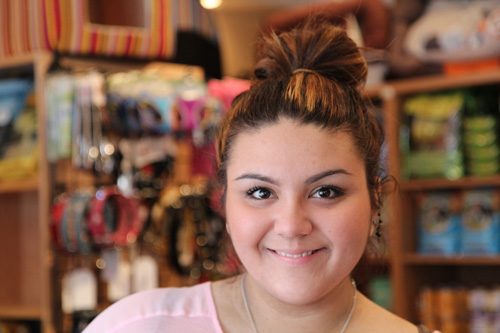 But Zoe, whose big, brown eyes are ocean deep, is quick to point out that she’s no genius.

“I don’t think I’m far ahead of other kids,” she says. “Everyone learns at their own pace, but we all eventually get there. There are things I struggle with like math.”

Okay, maybe the math doesn’t add up, but Zoe, a National Honor Society student, made As in her LaGuardia courses, and her high school homework is so easy that she doesn’t need to study. Then again, she’s not perfect. She doesn’t know her GPA off the top of her brainy head, but she thinks it’s hovering around 3.2.

Students at Zoe’s school typically take five years to graduate, earning not only a high school diploma but also an associate degree from LaGuardia. Zoe, one of the younger students, is squeezing everything into four years. 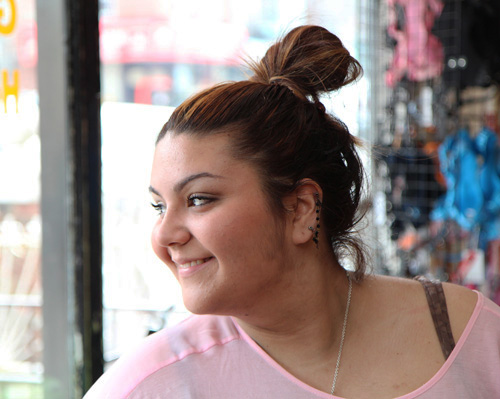 Photo by Nancy A. Ruhling
Zoe works one day a week at a pet store.

“I was the only freshman to take a summer course at the college last year,” she says. “My teachers at LaGuardia generally bring up the fact in class that I’m still in high school. People who are in the class — some of them are 25 — are amazed because I’m passing with flying colors and they aren’t.”

Learning has always been a breeze for Zoe. An only child, she became fluent in Greek simply by listening to her mother speak it and distinguished herself at Astoria’s P.S. 122, the Academy for the Gifted and Talented.

Once she entered high school, she was looking for something to fill in her free time, which is why, at 14, she started working one day a week at The Jumping Bulldog, where she runs the front counter solo on Sundays. 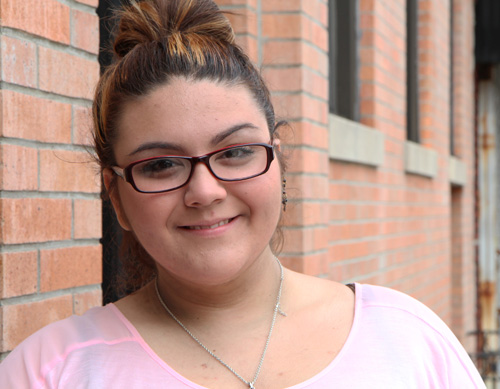 Photo by Nancy A. Ruhling
School is her priority.

“I love animals,” she says, adding that her adorable dog, Zorba, a Shih Tzu-Yorkie mix, is 6. “They’re so trusting, they just run up and love you. I’m thinking about going into animal science or doing the vet thing because I want to help animals. They can’t tell you what hurts, and I’d like to be the kind of vet who can figure out what’s wrong with them.”

She’s already begun looking at programs at four-year colleges; Cornell is on her to-check-out list. It may not be an option; her mother’s a single parent, and Zoe’s not sure there’s enough in the family budget to swing it.

Zoe, who acts twice her age except when she’s just being a kid, likes to hang out with her friends. That means going shopping and doing her nails with her girlfriends and getting together with the guys. 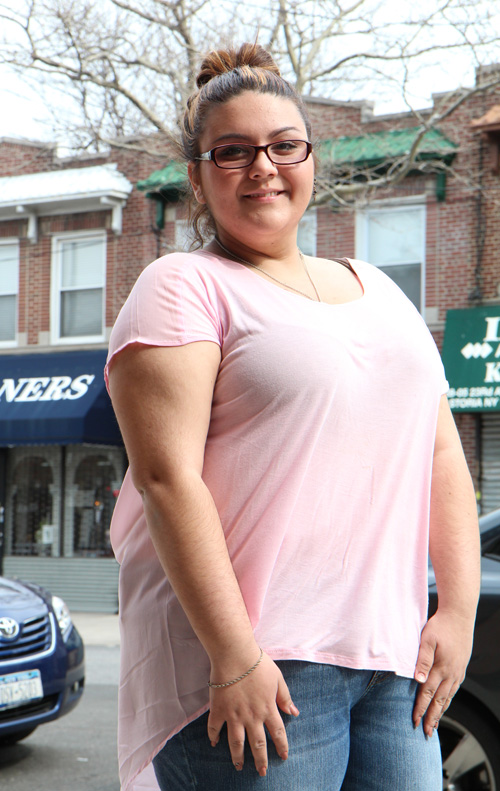 Photo by Nancy A. Ruhling
For fun, she hangs out with her friends.

“I try to surround myself with people who have goals set,” she says. “I don’t have a boyfriend — not right now. We want to focus on school. Later on, we’ll have time for that other stuff.”

She’s 15, remember? There will be decades of other stuff for her to focus on as time goes by and her accomplishments mount. That other stuff could include visiting Greece again. Zoe’s already been there a time or two.

Photo by Nancy A. Ruhling
She’d like a career that allows her to help animals.

“I love Greece,” she says. “I’d like to live there sometime when I’m older.”

Zoe knows she won’t be 15 forever, but she has to wait all the way until December before she hits the big 1-6. In teenage time, that’s an eternity. 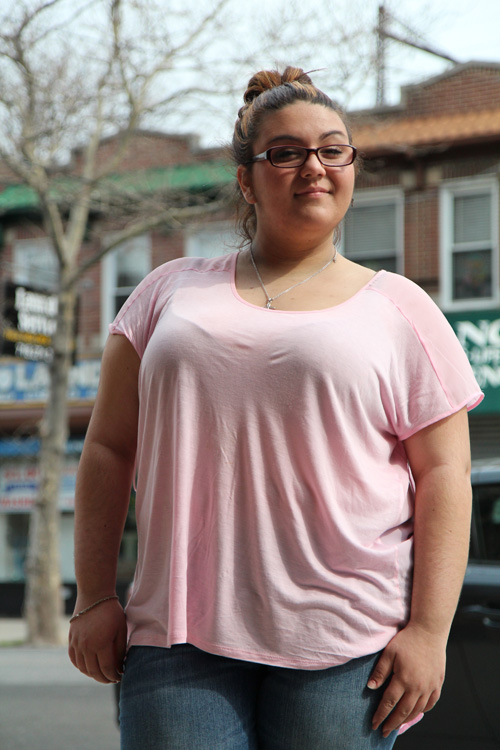 She takes solace in the fact that when that day finally arrives, she’ll be able to do grown-up things. Like drive herself to work.

“When I was younger, I wanted to get through school quickly,” she says. “I still do, but it’s scary to think about what will happen after I graduate from high school.”