She wants to be photographed in her sunglasses. It has nothing to do with the sun, which, by the way, is shining but not bright enough for serious shades. 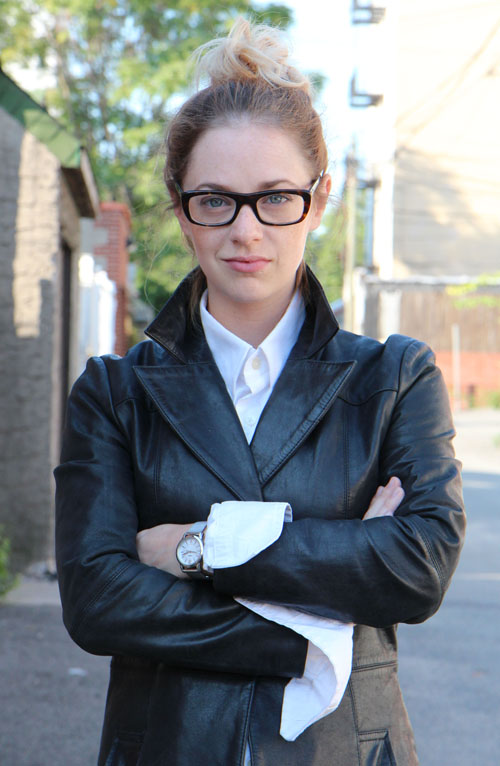 Photo by Nancy A. Ruhling
Casey has been taking photos since she was 16.

Fashion photographer Casey Brooks is used to being on the other side of the lens, and she doesn’t think any pictures taken of her look good. She’s posing in her favorite alley, a long crossed-shaped space that oozes with urban chic.

This golden-haired Alice in Wonderland has been shooting for a decade. She was Sweet Sixteen when she looked through her first viewfinder. She had her first real boyfriend (this story has a happy ending), and she had borrowed her mother’s point-and-shoot to take photos of him because he was so handsome. 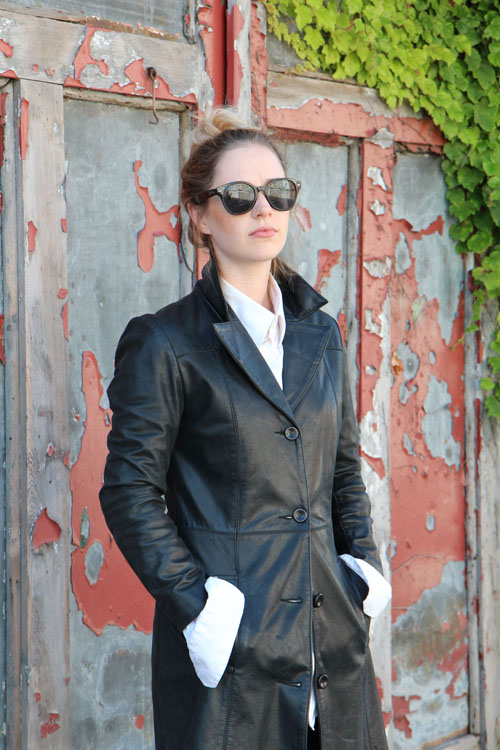 Photo by Nancy A. Ruhling
Casey in her favorite alley.

“It was love at first sight,” she says, changing her sunglasses for her horn-rimmed eyeglasses. “I knew immediately that I wanted to do this for a living.”

Speaking of changing, Casey wants to switch outfits. She is, after all, in the fashion business.

She leaves to put on a different shirt, but when she comes back, she’s wearing a long black skirt, black camisole and Michael Jackson fedora. She has undone her bun so her hair hangs free. The look, she says, is he-she ambiguous. It seems to suit her. 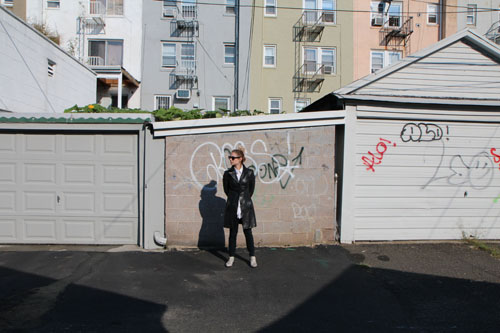 Photo by Nancy A. Ruhling
She has the whole world at her feet.

Casey, whose parents are ministers, grew up in Virginia Beach, Virginia, which is about as far away as you can get, geographically and stylistically, from the catwalks of London, Paris, Milan and New York.

Her love affair with the camera and her boyfriend hurtled her fast forward: She completed high school in only three years and headed to community college then Indiana Wesleyan University to join him.

“I locked myself in the art building from the minute it opened until the minute it closed,” she says. “I wrapped my head around the technical aspects of photography and found my own voice.” 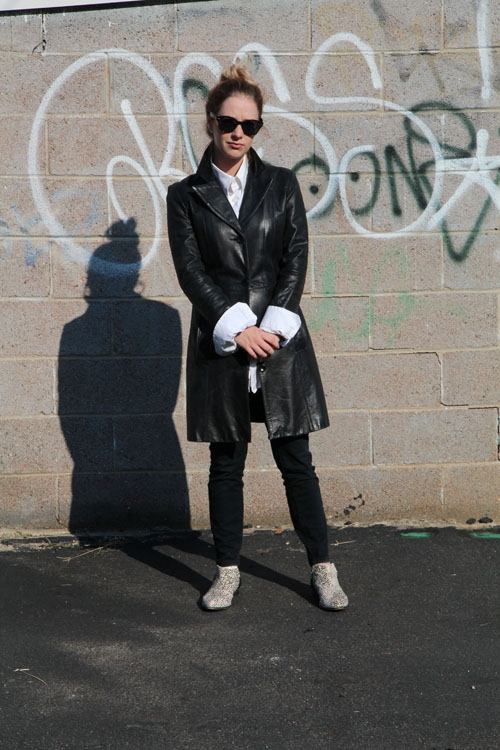 Photo by Nancy A. Ruhling
Her focus is on the fashionable.

Along the way, she also found her feet: Contemporary dance propelled her and her work in a whole new direction. So did her breakup with her boyfriend.

When she graduated, she followed her new boyfriend to Nashville, where she made her living assisting some of the city’s best-known photographers. 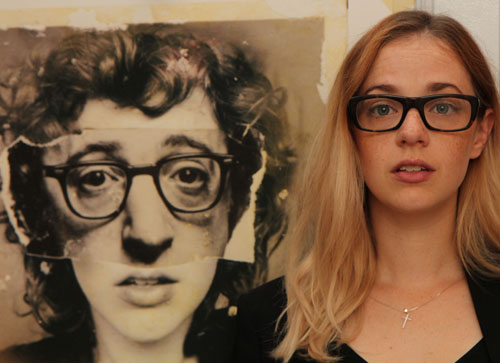 Photo by Nancy A. Ruhling
With a self-portrait.

“Basically, I stalked them until they gave me jobs,” she says.

Three years later, when she was back home visiting her family, she ran into her first boyfriend. Things that had nothing to do with the shutter of her camera clicked, and they moved in together. Three years ago, they were married.

“We had the wedding in a theater,” she says, “and with a live band performance, contemporary and hip-hop dance, poetry, videos and some narration by friends who are actors, we told the story of how we met, fell in love, broke up and got back together. As the end of the story, we really got married.” 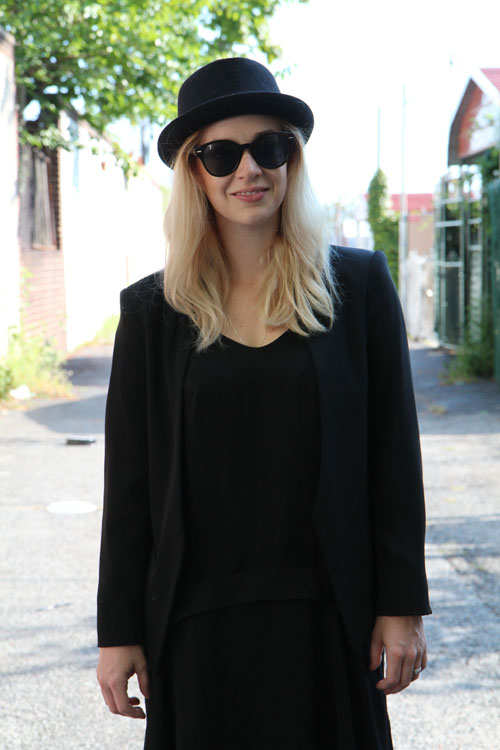 Photo by Nancy A. Ruhling
A change of scenery and a change of clothes.

After moving around the country, they found their way to New York in 2011.

“I was at zero here,” Casey says. “I had only one connection. The woman who owned one of Nashville’s few modeling agencies used to work here, and she set up appointments for me. From the minute I woke up until the moment I went to bed, I emailed people in the business to get work. It took me about a year.” 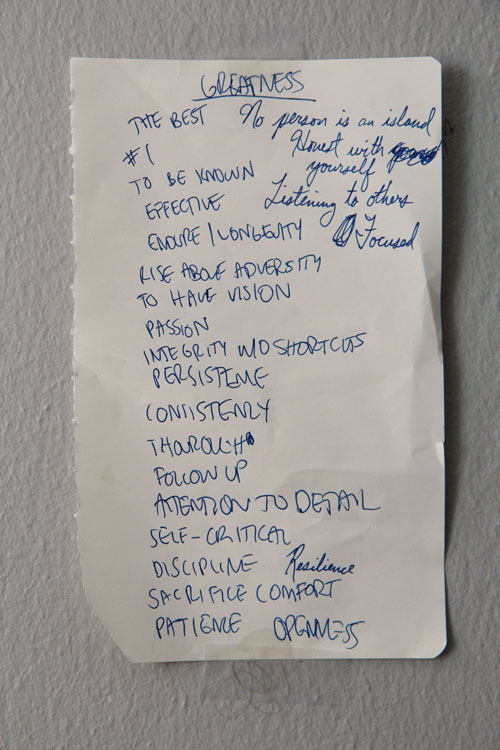 Her first big job, with American Eagle, led to other opportunities, and soon Casey was producing not only photos like those in her series Women in the Morning but also videos.

“I’m moving toward directing fashion films,” she says. “I use contemporary dance as a storytelling platform. My goal is to tell stories with models with pedestrian movements — natural movements that anyone can do.” 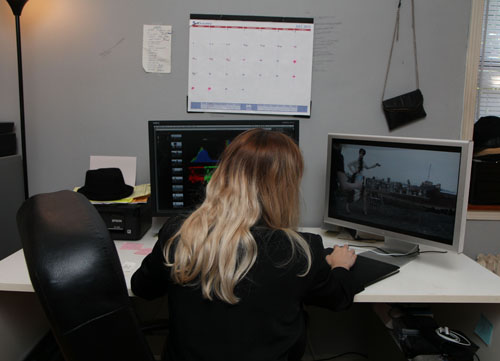 Photo by Nancy A. Ruhling
Working away the day — and the night.

This may sound lofty, but Casey, who styles herself as a creative businesswoman, says there’s a practical reason to do it.

“I want to humanize fashion films so that everyone, everywhere can follow them,” she says. “Once I do that, the videos will attract major advertisers.”

That’s why on any given day — and night — you’ll find Casey sitting at her editing desk, her eyes glued to her two computer monitors. The room, basically bare, is done up in black and white. She’s been so busy that she’s just noticed that her wall calendar is still on July. 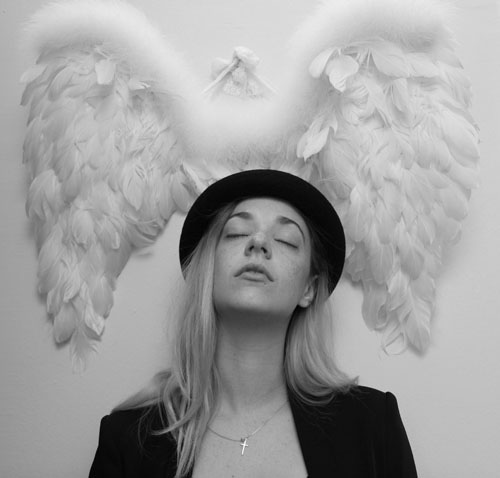 Photo by Nancy A. Ruhling
Her imagination takes wing.

“You have to have an eye, a voice and a vision,” she says as she runs through cuts of her latest video.

“Not everything you do is great, but all pieces are important because they lead you to the next piece.”

Her next piece? She’s not sure of the specifics, but like all her work, it will have what she calls “heart.”