Anna Conti is not wearing her wedding ring. It’s not that she doesn’t want to put it on. 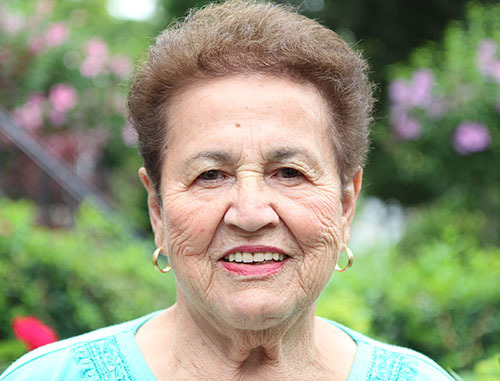 Photo by Nancy A. Ruhling
Anna lost her husband two years ago.

She’s a widow, and the ring makes her feel closer to Ugo, the husband she shared her life with for 64 of her 82 years.

The thing is, the ring’s a little large.

It’s not as simple as resizing it. When her knuckle swells, as it does a lot, she needs a too-big size to fit over it. That means that the ring twirls like a top when it clears the bump and lands on her thinner finger. 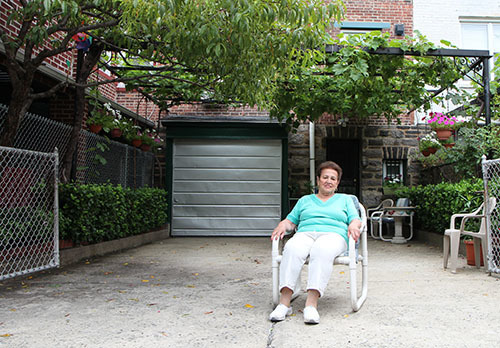 Photo by Nancy A. Ruhling
Anna gardens to keep her mind off things.

When the knuckle does deflate, the ring falls off.

She doesn’t want to lose it.

Loss is something Anna knows far too much about. In addition to Ugo, she has lost two of her six children.

“You never get over it,” she says. “It’s too much, too much. Believe me, I don’t even know how I’m walking around.” 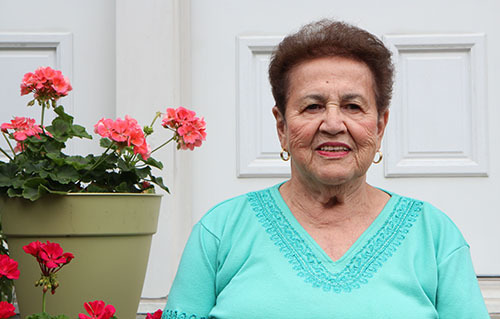 Photo by Nancy A. Ruhling
She shares her house with a son and grandson.

To forget – and to remember – she pays a visit to the family’s three crypts at St. Michael’s Cemetery every week.

“I say some prayers and tell them I miss them,” she says. “I don’t know whether they hear me, but it gives me a lift.”

Sometimes what you see ― and what you don’t see ― is an illusion. Anna, for instance always wears a smile.

She tries to divert her mind, but Ugo’s hospital bed was set up in center of the first-floor living room. 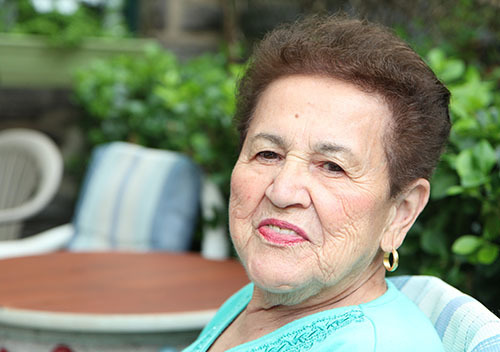 Photo by Nancy A. Ruhling
Her husband was ill for eight years.

So she tends the rose bushes in the front garden and plucks the green grapes from the back arbor. Or she bakes lasagna.

There are dozens of ways to make lasagna. Most of the recipes call for ricotta, but Anna substitutes homemade balsamella white sauce and adds dried mushrooms to the mozzarella and Parmesan mix.

This is how her mother taught her to make it in Berceto, the tiny town in Italy that she and her older sister, who passed away three years ago, called home.

Photo by Nancy A. Ruhling
Anna in her carefree days.

Berceto is also where she met Ugo, who was born in France and moved to Italy, the country of his parents, when he was too young to remember making the change. His father died when he was 2.

Anna and Ugo met in school as teenagers, and when Anna turned 19, they married and moved in with her parents.

“My mother was sick,” Anna says. “We always stick together.”

When Ugo came to New York City in hopes of finding a job, Anna, who had two small children and another on the way, stayed home. 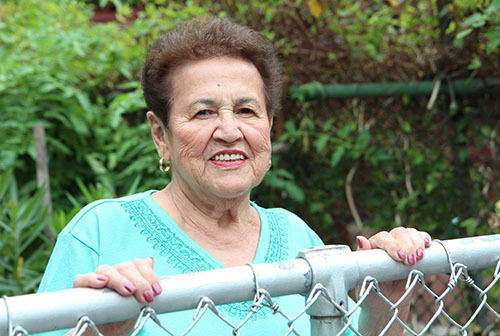 Photo by Nancy A. Ruhling
Her smile hides her sadness.

By the time she joined him two years later, he had a steady job as a waiter.

“Neither one of us could speak English,” she says. “We learned while we were here.”

Eventually, they moved to Astoria and 45 years ago, when the six children were young, bought the one-family, three-bedroom house Anna still occupies with a son and grandson.

“It takes two incomes to own a house,” she says. 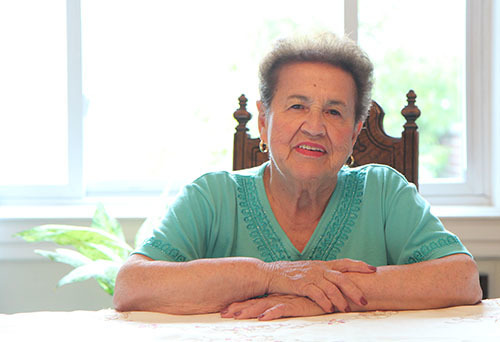 Photo by Nancy A. Ruhling
Anna worked as a cleaning lady.

So she joined the cleaning crew at Grand Central Terminal’s Graybar Building, which was owned by Queen of Mean hotelier Leona Helmsley.

Anna worked the night shift, Ugo did the lunch or dinner shifts at the restaurant, and the older kids took care of the younger ones.

“We never took a vacation together because of our work schedules,” she says.

Since Ugo’s death, Anna has had to learn to live a different life. 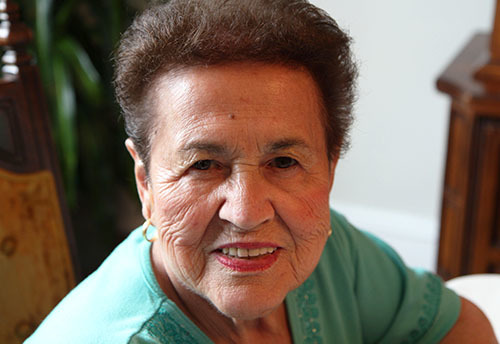 Photo by Nancy A. Ruhling
She’s also a great cook; her lasagna is legendary.

Anna, small and solid and a little slower than she’d like to be, is active in the seniors’ club at Immaculate Conception Church and at a couple of neighborhood social clubs.

She and Ugo used to go to their dances. Now, without a partner, Anna merely watches the other couples as they spin around the floor.

Ugo, who succumbed to kidney cancer in June 2014, had been ill for eight years, but things didn’t get rough until the end. Anna is grateful for that.

Anna also has had her share of medical issues. She has a heart condition and takes a handful of pills a day.

There are many things she can’t do, but she can still eat lasagna. She just can’t put much salt in it. 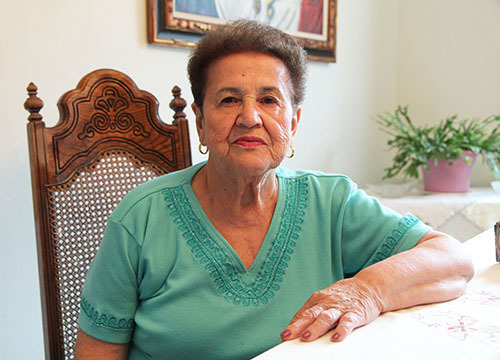 Photo by Nancy A. Ruhling
She puts family first.

Anna tires easily, so her son has taken over some of the cooking and cleaning duties. He’s writing down her recipes.

“I can’t be here by myself any more,” she says.

She doesn’t dwell on the past so much as conjure it up to cheer herself up.

“Even if I’m not happy now, I’ve had my happiness,” she says. “My face shows happy, but I’m very sad inside. I try to keep it up for my family.”

She smiles, proving once again that she is indeed a great actress.