Before there’s even time to answer, Aiysha Mayfield strides down 14th Street and plants herself squarely in the bold white stripes of the crosswalk at 30th Avenue. 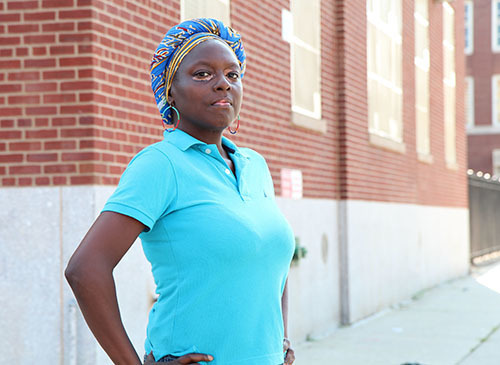 Photo by Nancy A. Ruhling
Aiysha’s a crossing guard for P.S. 171 elementary, aka the Peter G. Van Alst School.

She puts her hands on her hips. She owns the space; no car is going to mess with her.

Every school day, this is where Aiysha is stationed as the kids at P.S. 171 cross and re-cross the busy intersection.

“I love to see their faces,” she says, adding that the universe has not seen fit to give her any children of her own. “I keep a watchful eye on them and give them a hug and words of encouragement.”

Aiysha, compact, comforting and confident, is new to this job, but she’s an old hand at helping kids in the community.

Her kid-centric activism stems from her own childhood. The oldest of three girls, Aiysha was born in Jamaica, Queens.

Things weren’t always easy, in fact, they rarely were, and by the time her family moved to Astoria Houses, Aiysha was 14. 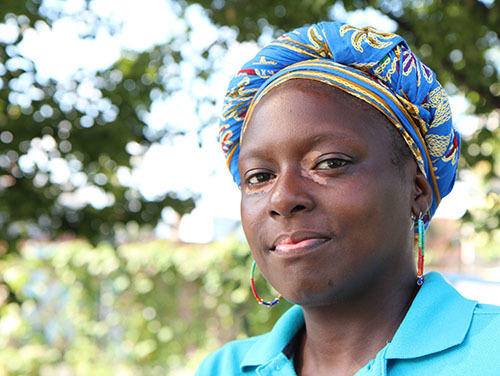 Photo by Nancy A. Ruhling
She’s been working with children since she was 14.

She and high school didn’t get along socially or academically, so she eagerly entered the workforce.

Her first job was as a summer camp counselor. She liked the work because as a child, she related to her young charges.

Eventually, she became a program coordinator for the Astoria office of Goodwill Industries, a position she retained for more than two decades.

“I never stopped doing community service,” she says. “It has always been a vital part of my life and what I do.”

Off and on she worked on a college degree, recently earning her online bachelor’s diploma in business from the University of Phoenix. 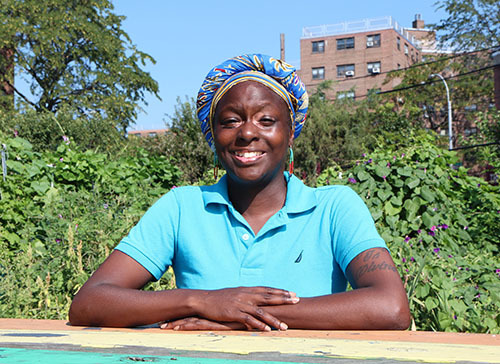 Photo by Nancy A. Ruhling
She founded the Global Citizenship Academy for kids.

“Graduating from college was always one of my aspirations,” she says proudly.

At the same time, she revved up her civic work, doing administrative tasks for a variety of neighborhood nonprofits, and establishing Alternative Escapes, an event-planning business.

Five years ago, in conjunction with Astoria Houses and the Minor Miracles Foundation, she developed the Global Citizenship Academy.

The eight-week summer program for children 5 to 13, run at the Two Coves Community Garden, gives kids a place to go and grow.

“Astoria is the most diverse community in the world,” Aiysha says. “But we don’t know much about our neighbors because people from different countries focus only on their own traditions. The academy focuses on the things we share in common.” 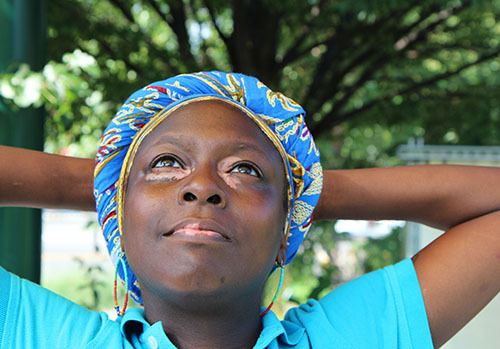 Aiysha, who wears a serious smile and a hip head wrap, knows first-hand how important it is for kids to have safe havens.

“I grew up in the Eighties when everyone was either on drugs or crazy,” she says, “so we raised ourselves. Community programs saved my life. I used to go to church rec rooms after school for lemonade and cookies. They made sure I was all right and had enough to eat. It was there that I learned kindness in an unkind world.”

Aiysha hopes her academy and the other programs she has developed give children a similar feeling of comfort and connectedness. 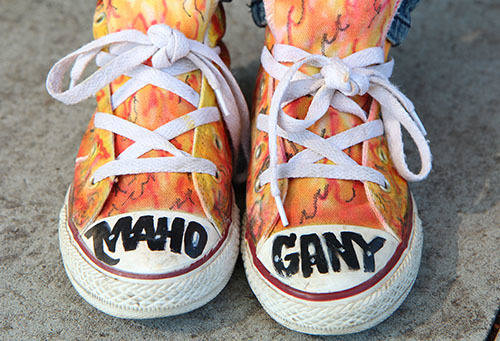 There are lots of things Aiysha, who is 38, wants to do, and she’s sure she will accomplish them.

Someday, she’s going to have a space to call her own where she can run her youth programs every day of the year.

If Aiysha’s community programs are a form of self-expression, so is her rapping.

She’s been rhyming for a long time, and this summer she finally got up enough nerve to compete in a battle rap. 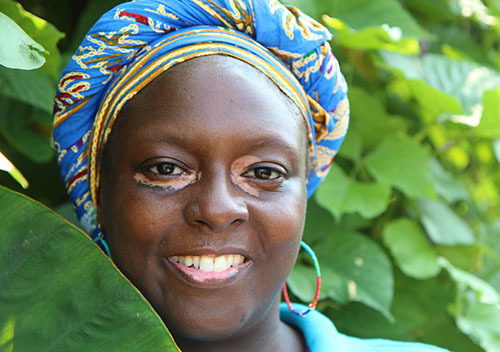 “I’m a behind-the-scenes type of person, and it took me a year and a half to prepare,” she says. “There’s much more that goes into it besides writing. It’s performance art. It’s inflection and elocution and diction.”

She looks down at her Converse All Stars, which an artist friend graffitied in orange and black.

The toes are tagged Maho Gany, which stands for Aiysha’s alter ego, Mahogany Phoenix, the one who rises from the ashes of her past.

“I went three rounds in the battle, and I won two out of three, so everyone agrees I won,” she says. 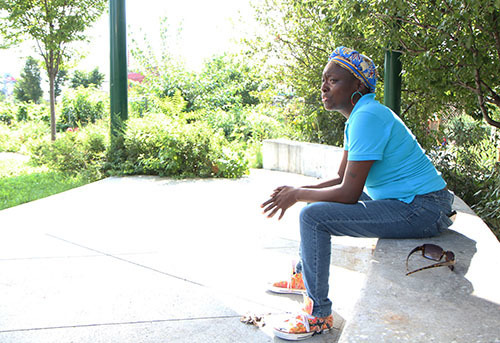 Photo by Nancy A. Ruhling
There are so many things she has yet to do.

It looks as though it says Life Is Divine.

That’s not quite right.

Aiysha adds the most important word, the one unseen but deeply felt: My.

My Life Is Divine.

“I’ve learned that whatever I’m going through, there’s somebody out there who has it 20 times worse,” she says. “Love is everything. I wake up every day and exchange love and feel love. I could not be in a better place.”