The day is as steamy as the tea Sophie Kempner is sipping. Imbibing it is part ritual, part thirst. And it’s so Sophie. 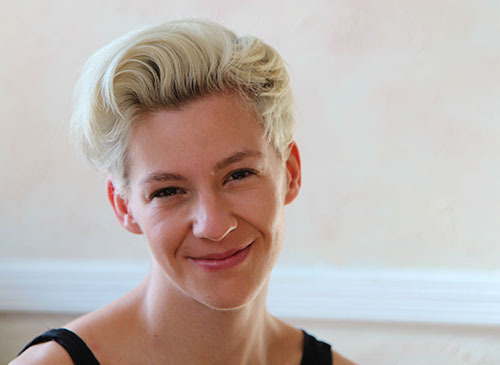 Photo by Nancy A. Ruhling
Sophie grew up on a farm in England.

Sophie, you see, is from England, and she brought this old-fashioned, stereotypically British habit all the way across the Atlantic with her. It makes her feel a little closer to home.

Home was Chesham, a bucolic market town an hour’s train ride from London. Sophie and her two sisters — she’s the one in the middle — grew up on a one-acre gentleman’s farm that was stocked with clucking chicks and quacking ducks.

“I vividly remember flinging on my rain boots and harvesting the goodness of the garden wearing homemade dresses by my mother,” she says. 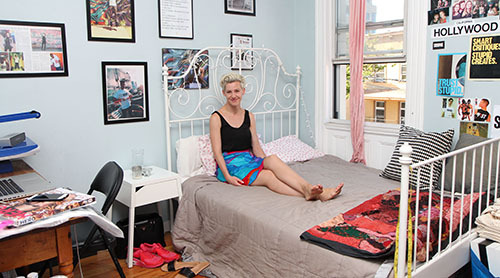 Photo by Nancy A. Ruhling
She started the SoSophie label when she was in university.

It’s important to keep this picture in mind as Sophie’s story unfolds like a lacey tablecloth.

Somehow, Sophie knew from the beginning that she would not stay in this pastoral setting.

Sophie, who has a power-packed platinum pompadour and the long, colt-like legs of a model, loves clothing and fashion.

When she was a girl, she kept a sewing machine in her bedroom. She never became much of a seamstress, but design, that was quite another matter. 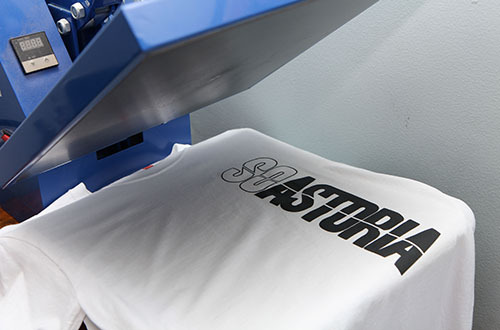 Photo by Nancy A. Ruhling
A T-shirt hot off the press.

Her imagination took her to the runway, and the train took her to London, where she toured the museums and art galleries and peeked into the tony shops.

“My father was a cameraman who was always filming celebrities,” she says, adding that her mother died when she was 17. “All of us went into the arts. My older sister is an artist, my younger sister is a graphic designer, and I’m in the fashion world.”

Don’t be fooled by what Sophie’s wearing today; she’s usually in heels. The simple skirt, black sleeveless top and flat sandals are her version of casual. 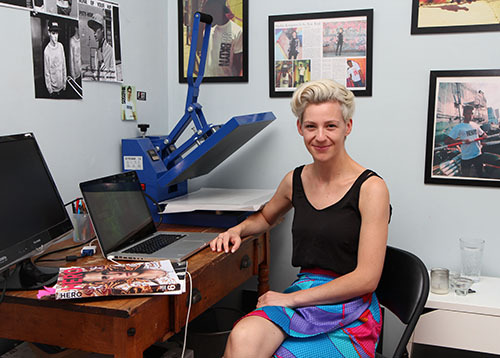 Photo by Nancy A. Ruhling
Sophie in her factory, aka her bedroom.

The rest of the world is sweating, but Sophie slips on a soft sweater to take off the chill.

When she graduated from De Montfort University in Leicester with a degree in fashion design, she set her sights on New York City.

“I made it my mission to come here and work for Rubin Singer,” she says, breathlessly adding that it was he who designed Beyoncé’s 2013 Super Bowl costume.

In the summer of 2012, Sophie arrived with nothing more than a single suitcase and an appointment to speak with Singer about an unpaid internship. 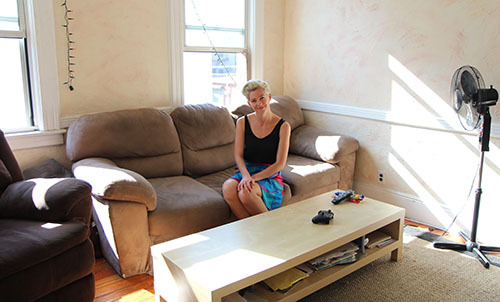 She did, and he hired her, giving her a salary immediately and eventually making her his design assistant, a position that requires her to manage 20 people from interns to seamstresses and pattern cutters. 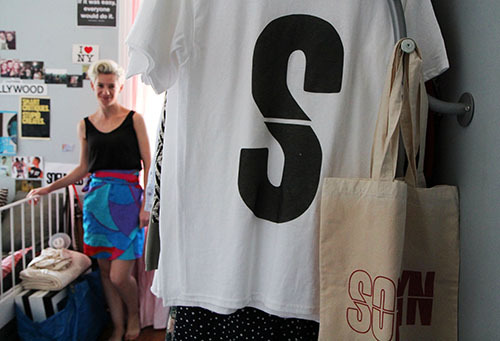 Photo by Nancy A. Ruhling
SoSophie’s a luxury sportswear brand for men.

After sleeping on the couches of new friends for a year, Sophie found a four-bedroom apartment in Astoria. She shares it with two men and a woman.

“We’re like a family,” she says. “I live next to Hellgate Farm so I feel even more at home.” 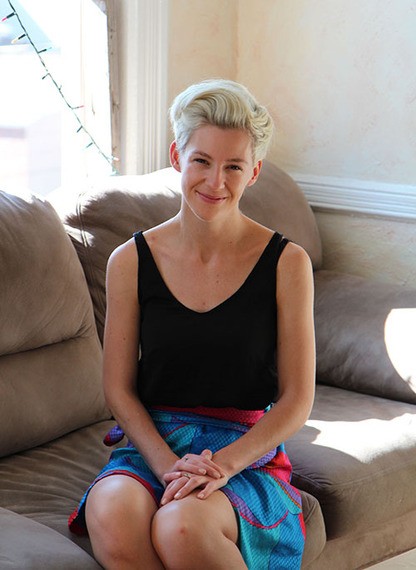 Photo by Nancy A. Ruhling
She wants to expand SoSophie.

This doesn’t give her much chance to do all the fun things 25-year-olds living in New York do, but Sophie doesn’t mind. She’s doesn’t need the beach or the party scene.

She’s concentrating on SoSophie, the men’s luxury sportswear brand she started when she was at university. If you knew her well, you would not be surprised. Hard work, that’s so Sophie.

“I’ve always had a fascination with menswear,” she says. “I love the simplicity, the finishes, the graphics, the design.”

The name SoSophie was a logical choice.

“My sister used to always tease me and call me ‘so stupid,’ so much so that I would answer to that name,” Sophie says. “So SoSophie was taken from that, and now I’ve kind of thrown that joke back at her.” 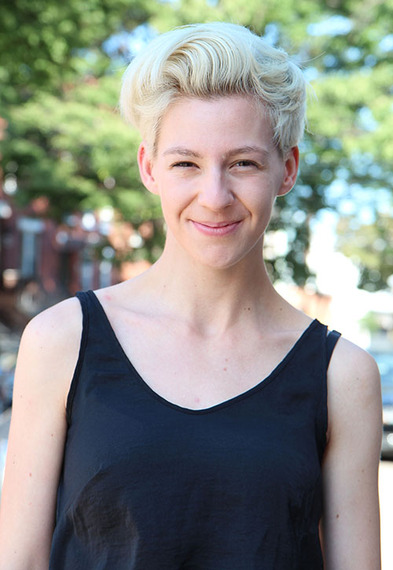 Photo by Nancy A. Ruhling
Paris may be in her future.

Her “factory” is in her bedroom. It is here, at a desk next to her big, white bed, that she heat-presses the signature designs of her collections, including SoNewYork and SoAstoria, onto T-shirts and totes.

“I also want to design coats and outerwear,” she says. “And shorts and sports socks. The possibilities are endless.”

These thoughts make her giddy. Someday, she’ll have her own shop. 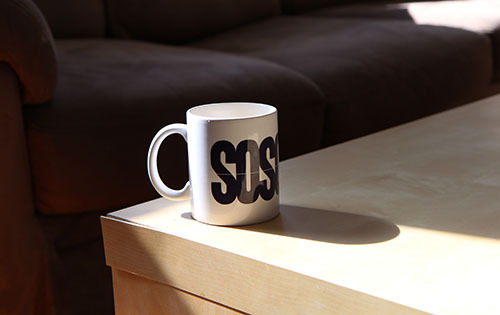 Photo by Nancy A. Ruhling
Her tea mug is so Sophie.

“The secret to success is loving what you’re doing,” she says. “And I do.”

Sophie misses England more than she likes to admit. She goes home twice a year, and her father returns as many visits.

“New York is good for now,” she says. “But I don’t think it’s my final destination. Maybe I’ll go to Paris. I could pick up my French again.”