She’s traveled all over the world, but today, and nearly every day, the longest journey that Anastasia Damianeas will take is from her home to her office.

It’s more than 30 miles from Melville, Long Island to Hermes Travel, which puts Nancy, the nickname she goes by, on the road for about an hour each way when there’s no traffic or good weather, which is never. 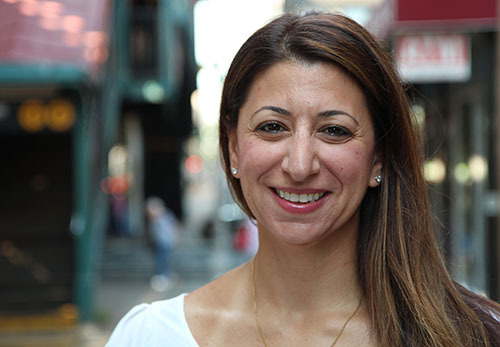 Photo by Nancy A. Ruhling
Nancy and her mother run Hermes Travel.

Hermes is a mom-and-daughter travel agency that has stayed in the same location, 31st Street at 30th Avenue, since its establishment in 1980. Nancy is the daughter; Joanna Papaspyropoulos-Damianeas is the mother.

“Everyone associates Hermes with my mother,” says Nancy, whose most defining physical feature is her mane of honey-hued hair. “She’s an institution in Astoria.”

Even with its longevity, Hermes is easy to miss: It and the adjoining businesses are shaded by a single maroon awning that looks as though it has no beginning or end.

The illusion is of great breadth, but Hermes, where entry is via a buzzer that leads to a telephone booth-like foyer and a second door, is only about the size of a cockpit. Painted baby blue, it has room for two curved desks, four chairs and rows of travel brochures on the walls.

The seeds for Hermes were planted in Greece, which is where Nancy’s parents are from. He father, William, grew up in the port city of Piraeus, and Joanna was raised in Avgeion, near ancient Olympia. 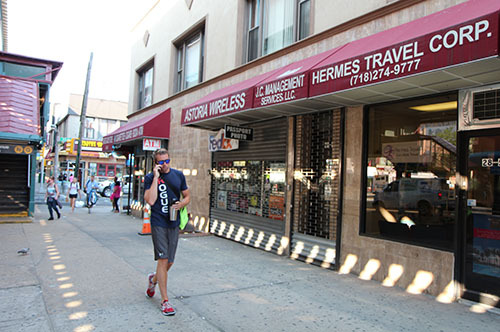 Photo by Nancy A. Ruhling
Hermes has been at 31st Street and 30th Avenue since 1980.

Joanna, who was working as an agent settling Greek immigrants, met William through friends during one of her business trips to New York City.

They settled on the East Coast in the early 1970s, and had three children. Nancy, the middle child, was born in New Brunswick, New Jersey. Shortly after her birth, the family moved to Astoria, and when she was 10, her parents bought a house in Plainview.

“We were the only Greek family in a white Jewish neighborhood,” she says. “I was used to spending summers in Greece playing in my grandfather’s vineyards and being surrounded by relatives. When I was in high school, the girls made fun of me — they thought I was an American Indian — but the friends I did make are still my best friends.”

Upon graduation, Nancy started working at Hermes with her mother and taking classes at Hofstra University.

“I learned the travel business on the job,” she says. “I only had time to study part time; it took me 10 years to get my degree, which is in English and American literature.” 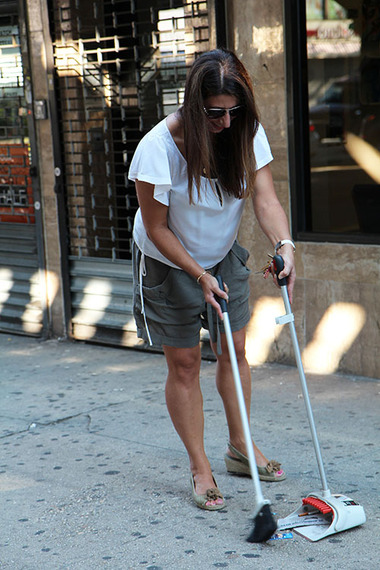 It was on one of her summer trips to Greece that Nancy met her husband, George, who is Greek but was raised in Venezuela. They were at a wedding.

He was tall and handsome, she says, and after he asked her to dance, they began calling each other every day.

So smitten was Nancy that she moved to Greece to marry him shortly after she graduated from Hofstra, turning her Hermes job over to her sister.

After a couple of years and the birth of their son, they moved to Dubai, where George got an engineering job working on a sewer project.

When the economy crashed, they went back to Athens then New York, where they moved in with Nancy’s parents in Plainview. 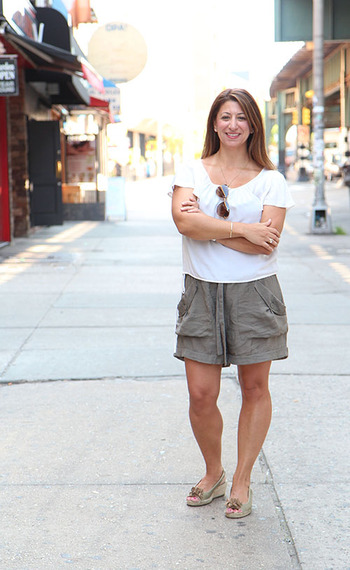 Photo by Nancy A. Ruhling
Nancy joined Hermes when she was 18.

“I wasn’t working because my son was young,” Nancy says. “And it took George more than two years to find a job.”

Once he was settled, Nancy returned to Hermes, replacing her sister who had just had a baby.

She and Joanna work six days a week and typically put in 10- to 12-hour days.

“After all these years and the hundreds of people I speak to in a week and all the stress that comes up in my daily work life, I am still passionate about this job,” she says.

But it’s a grueling schedule, and the last couple of years, Joanna has been spending more months in Greece. 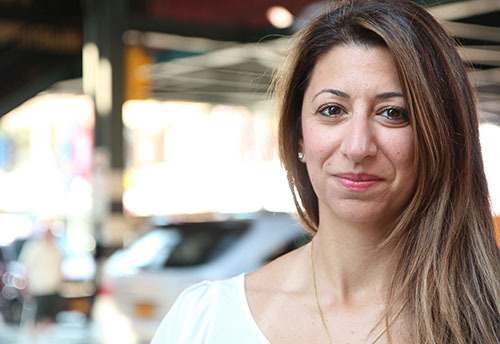 Photo by Nancy A. Ruhling
She’s lived in Greece and Dubai.

“My mom says she’s tired,” Nancy says. “But she’s been saying that for the last 10 years. If and when she does retire, I’ll hire someone to help me out.”

“We are mother and daughter, boss and employee, partners and sometimes friends,” she says. “The roles overlap and conflict.”

Nancy is confident that Hermes, which has managed to survive despite depressions, recessions and Internet competitors, will continue to thrive. 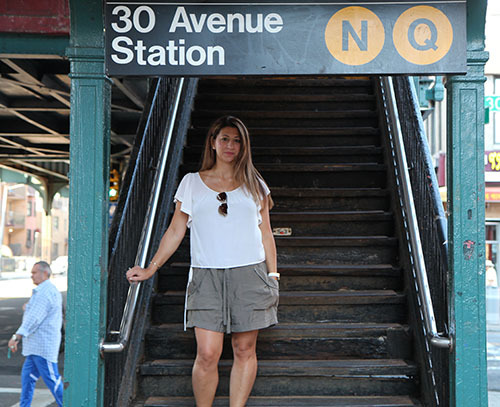 Photo by Nancy A. Ruhling
Nancy is Hermes’ Honeymoon Specialist.

“This summer, we were busier than ever even with the economic crisis in Greece,” she says. “We have had generations of clients in our office. Many of them are Greek or Greek American. It is they who have helped us to stay alive despite all the troubles and changes in our industry.”

Nancy’s decision to make her career at Hermes is much thicker than Greek yogurt.

“I like dealing with the people who come in,” she says. “I am known as The Honeymoon Specialist. I sit with clients and help them narrow their choices. I do this in about 30 minutes, saving them about three hours of research on their own online.”

All this talk of travel reminds Nancy that it has been too long since she has taken a trip. 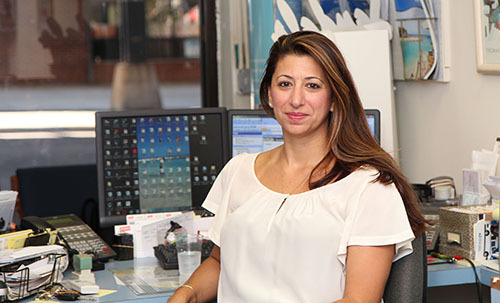 Photo by Nancy A. Ruhling
China and Cuba are on Nancy’s bucket list.

She dreams of a time when she’ll have enough time to visit China and Cuba, the top destinations on her bucket list.

In her mind, it’s all planned out. She’ll see the Great Wall and the Terracotta Warriors and Horses of Qin Shi Huang, the first emperor of China.

She’s interrupted by a couple of women who come in carrying groceries. After a lengthy conversation in Greek about their upcoming trip, they leave smiling.

Nancy simply had to assure them of their itinerary.