There’s not much to see in Korsa K. Nzidee‘s office because he’s just moved into it. 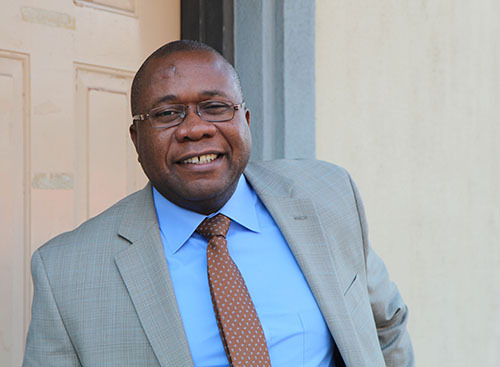 Photo by Nancy A. Ruhling
Korsa is from Nigeria.

His black granite-topped desk, which takes up most of the shoebox-sized space, is appointed with nothing more than a laptop and a small statue of a charging bull.

The bookshelves are bare save for a half dozen awards and plaques, and the mini closet in the corner is crammed with three empty hangers.

Korsa is proud to call it his own. He worked a long time in the corporate world to be able to set himself up as an independent financial advisor.

“This has always been my ultimate goal,” he says. “I want to use this new level of freedom to provide even better service to my customers.” 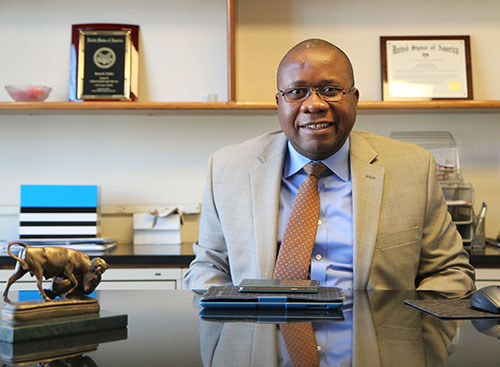 Photo by Nancy A. Ruhling
Korsa is an independent financial advisor.

Korsa, a broad-shouldered man who is comfortable wearing a suit, a tie and a great big smile, was lucky to find the second-floor space; it’s right by the Broadway subway stop.

Lucky, he says, is something he’s been all his life.

Korsa, the fourth of eight children, was born and raised in Port Harcourt, Nigeria, capital of the Rivers State and a major oil city.

He’s of the Khana ethnic group, whose people also are called the Ogoni, and his father, William “W.Z.P.” Nzidee, is one of the traditional tribal rulers.

“Some people call them kings,” he says, sounding embarrassed.

He usually just tells people that W.Z.P., who is all but retired, works for the government. 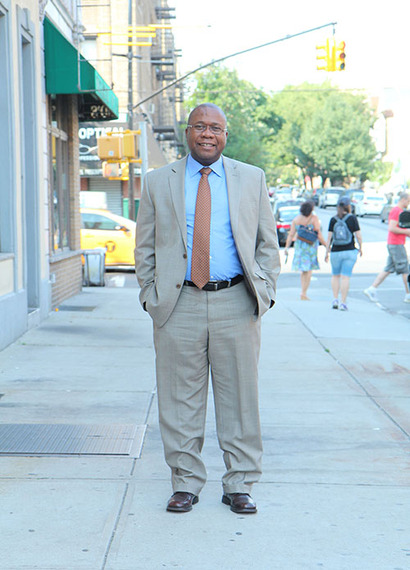 Photo by Nancy A. Ruhling
He went to college in Moscow and worked there.

“We had name recognition but not money,” Korsa says, adding that they lived in the family homestead, a modest brick house. “We weren’t the worst off, but we weren’t rich, but I felt privileged.”

However, he’s quick to point out that his status didn’t get him any special favors.

On his own, he won a full merit-based scholarship to the Moscow State Academy of Fine Chemical Technology, where he earned bachelor’s and master’s degrees.

“I knew English and Khanan but not Russian, which is a difficult language,” he says. “I found everything there exciting. I had an adventurous spirit, and I went far beyond the dorm to learn the language and culture.” 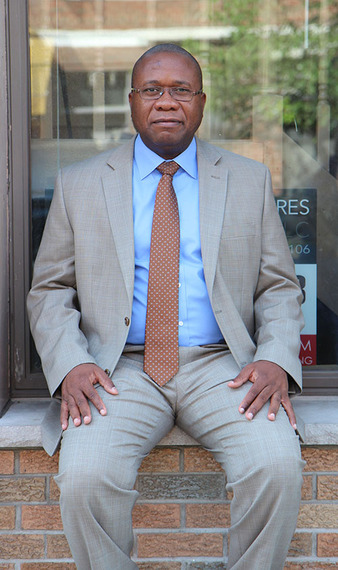 Photo by Nancy A. Ruhling
He freed himself from the corporate world.

Korsa’s first job was as a Russian-to-English/English-to-Russian translator; later, he became a database administrator for a large company.

“I knew after my third year in college that I didn’t want to be a chemical engineer, but I stuck with it,” he says. “I never spent a day of my career doing that.”

After working in Moscow for eight years (and getting a divorce after a brief, lightning-bolt marriage), Korsa came to America in 2002.

“My career wasn’t going anywhere, and I knew I wanted to go into finance,” he says. “And my older brother lived in Manhattan.” 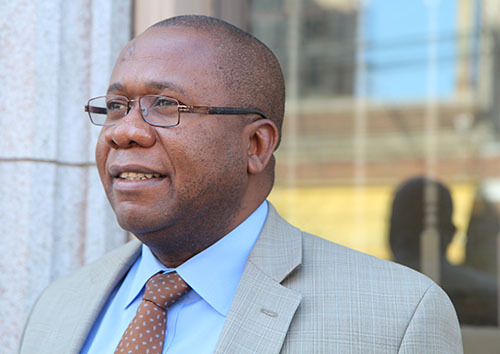 Photo by Nancy A. Ruhling
He’s eager to make his business a success.

While he was waiting for working papers, he lived with a friend and for two years took a variety of minimum-wage jobs, including one at a gas station.

He learned the ropes at a Garden City brokerage then took jobs with American Express (which became Ameriprise Financial), Chase Bank in Manhattan and Chase Investment Services in Astoria, which is where he worked until he opened his own business.

During that time, he fell in love, got married, got divorced and saved enough money to buy a house in Rosedale. 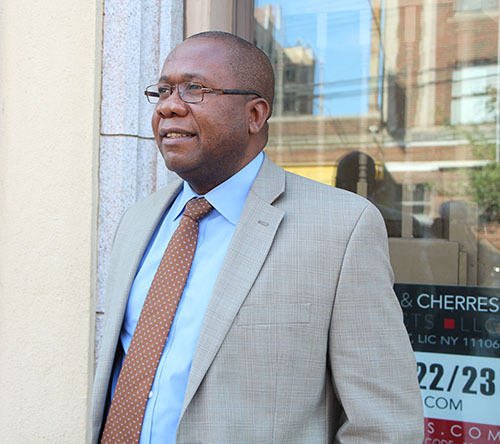 Photo by Nancy A. Ruhling
Korsa came to New York to advance his career.

He also became a U.S. citizen, which he calls “a very emotional experience, because you are swearing allegiance to another country.”

Setting up his business has taken a lot of time. He’s still looking for more clients, and any referrals, he says, would be greatly appreciated.

Korsa knows they will come because he has been networking non-stop. Besides which, he is acquainted with a lot of people in the neighborhood. 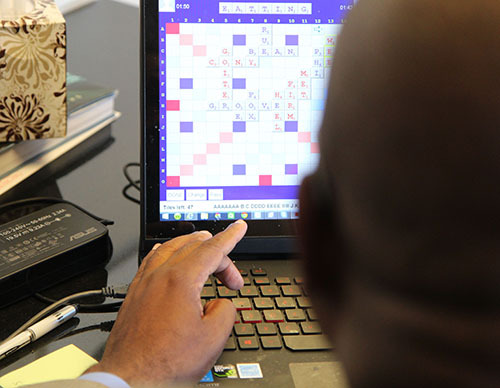 Photo by Nancy A. Ruhling
Scrabble’s his game.

His expectations, though, are realistic.

The transition has given him a lot of time to think and to play online Scrabble, which he’s quite good at.

There is one thing he forgot to mention. He doesn’t have any children, but he does have Philippa, who is as close to a daughter as it gets. 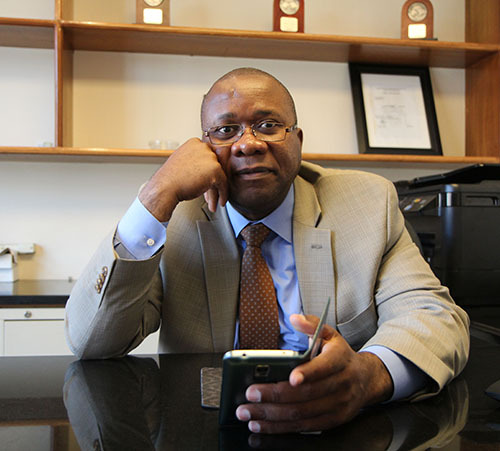 Photo by Nancy A. Ruhling
Korsa’s building his future.

He pulls out his cellphone and scrolls to a photo of the 10-year-old girl.

He used to live with her mother.

“She’s the love of my life,” he says. “I talk to her several times every day, and I see her at school events and special occasions.”

Korsa shuts off the phone but keeps his smile on.