When Adam B. Shapiro introduces himself, he makes a big point of emphasizing his middle initial, B.

You see, Adam’s an actor, and there’s another fellow on the New York stage who has the same name; it is the all-important B that clarifies the confusion. 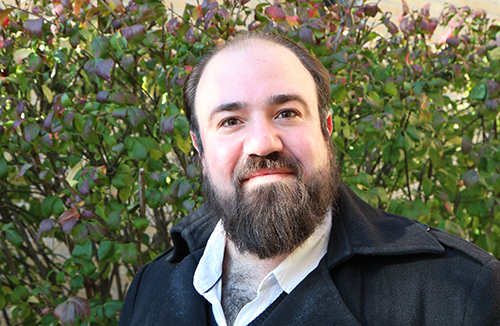 You can see Adam in Fiddler on the Roof.

(For the record, the two Adams recently met, and Adam B says that Adam No B, who is starring in Waitress on Broadway, is, indeed, a very nice guy.)

While explaining all this, Adam, a benevolent bearded behemoth, is sitting in his small living room sipping coffee and snacking on a batch of pumpkin-apple muffins he just took out of the oven.

His hands are giant, and the muffins are mini; the maneuver to the mouth, which is akin to a bee buzzing into a ball stadium, is a marvel to behold.

So what does Adam’s B stand for? 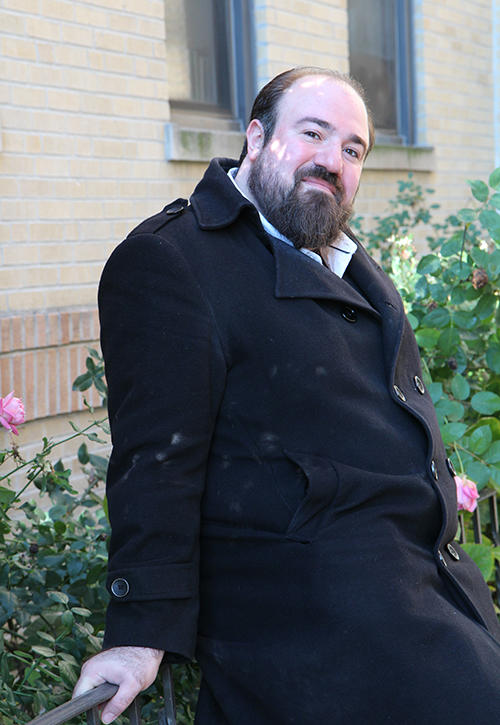 Adam is from Indianapolis.

That’s because Adam’s is a B with benefits: His good-luck charm possesses chameleon qualities.

“My middle name is Burton, after my grandfather,” he says, “but for me the B has come to mean many things – Bella, the character I played in the TV movie The Normal Heart, Broadway, Bear and Baker.”

Ever since he came to New York City in 2004, the B has had Adam’s back, bringing him roles in plays, movies and TV shows.

In the Netflix series Friends From College, Adam’s Akiva, an Orthodox Jewish dad, and in Amazon’s The Marvelous Mrs. Maisel, he’s the family’s cantor.

“I can’t seem to escape Jewish roles,” he says, smiling broadly. “And I don’t want to.” 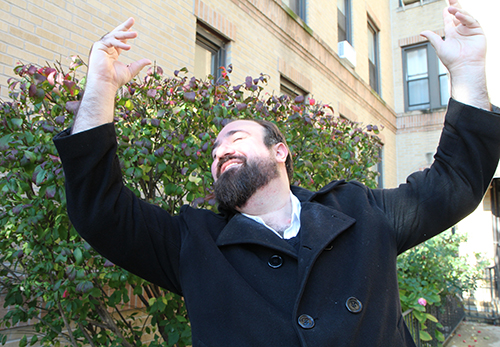 Playing Fiddler off the roof.

Call it kismet, call it fate, winning a part in Fiddler was bashert.

“That’s the Yiddish term for ‘it’s meant to be,’” he says. “When I was 10, I went to theatre camp for the first time, and our first show was Fiddler. In high school, I played the lead in it. So from a very young age, Fiddler has always been my dream.”

Bashert – that’s another B that fits Adam to a T.

“I hadn’t even thought of that,” he says, excitedly.

Adam, who is from Indianapolis, Indiana, grew up singing and dancing. He first stepped on the stage at age 5. 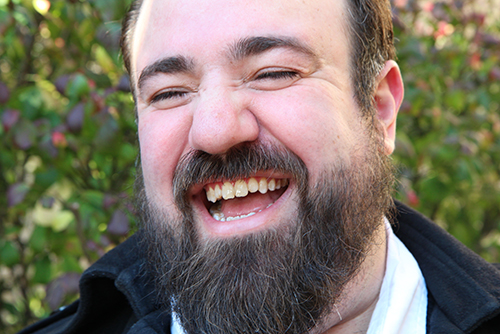 He’s happy to get so many TV, theatre and movie roles.

“I remember my father putting me in Little League,” he says. “It was clear I wasn’t going to be into sports — I was twirling in the outfield.”

In 2004, after graduating from Ball State University, where he studied acting, voice and dance, Adam immediately moved to Astoria.

“New York was always the destination,” he says. “Some of my college friends who were older had moved to Astoria, and I wanted to be in a place where I knew people.”

Like many aspiring actors, Adam struggled to get parts.

When he was passed over for a Broadway role he had high hopes for because he had aced six rounds of call backs, he became depressed.

“I realized that I needed to find something different to focus on,” he says. “And the National Yiddish Theatre was putting on The Marriage Contract. I saw a part that was perfect for me.”

There was, however, a slight hitch: The only Yiddish word Adam had ever uttered was “oy!” 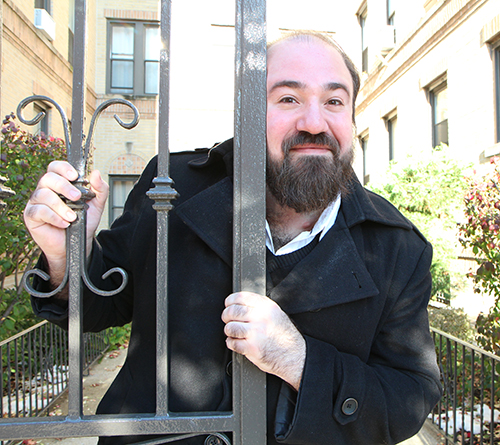 Adam’s hoping to get a role on Broadway.

“I am Jewish,” he told himself. “Presumably it’s in there somewhere.”

After studying audio files, Adam was able to Yiddish his way through the audition.

“I didn’t get cast,” he says, “but I left feeling as though I had accomplished something.”

Adam figured he would audition for the next show, but before he could, the company called him. Even then he didn’t realize he was up for the lead in the 2008 production of Gimpel the Fool.

He was speechless when he was offered the part. 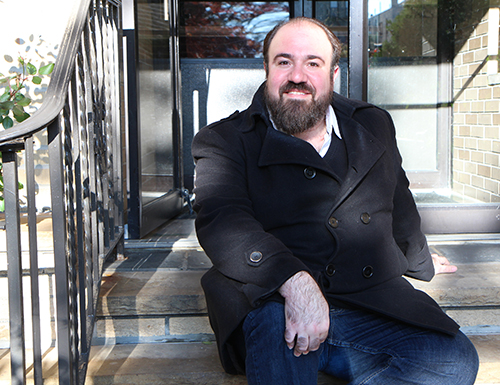 Adam says learning Yiddish for his roles has been the hardest thing he’s ever done.

“I told them that I didn’t have a working knowledge of Yiddish, and they said they could teach me,” he says.

During the five weeks of rehearsal, Adam took Yiddish classes and also worked with a Yiddish tutor.

“It was the hardest thing I’ve ever done,” he says, adding that he’s been in five Yiddish productions in the last decade. He’s also had several parts, including one in Adam Sandler’s 2014 film The Cobbler, where he has been called upon to converse in Yiddish.

In Fiddler, in addition to the rabbi, Adam has, on occasion, filled the lead role of Tevye as well as that of Lazar Volf, the village butcher. 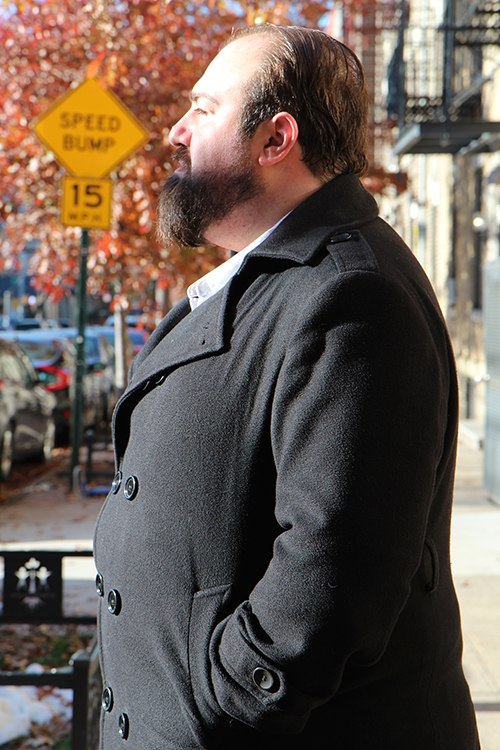 He’s looking forward to entertaining you.

“Doing the lead was scary and the most rewarding thing I’ve ever done,” he says.

Adam considers himself one lucky guy.

“My goal, which has been my dream since a very young age, is to do Broadway,” he says.

So far, the closest he’s come is One Man Broadway, a laugh-out-loud video series of his own production in which he plays all the roles in a self-selected musical.

“The truth is that I want to keep working,” he says. “Hopefully, my B will mean I’ll B working all the time.”

Copyright 2019 by Nancy A. Ruhling