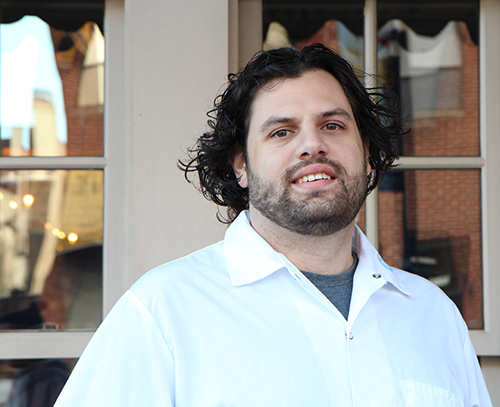 Nick is the executive chef at The Bonnie and Sweet Afton.

“It reminds me of my childhood,” says Nick, who is the executive chef of the Astoria gastropubs The Bonnie and Sweet Afton. “It makes me think of home. And of my mother.”

Which is why he put zucchini fritters on Sweet Afton’s menu.

“It’s her recipe,” he says as he places a plate of them on the table.

It makes sense that Nick would cull his boyhood for the delish dishes he creates because he was nothing more than a child when he entered the business.

Nick, who is from Mount Pleasant, New York, worked his way into the kitchen when he was only 15. His first job, which he did after school and on weekends, was at a local deli. 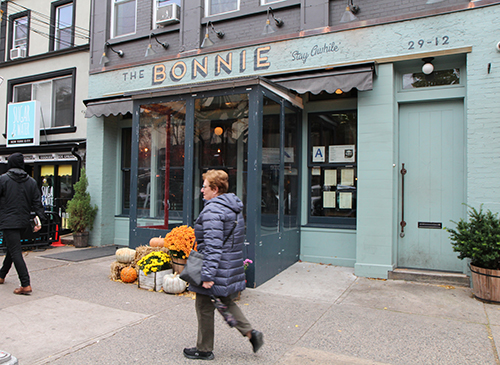 “I started as a stock boy,” he says. “I made sandwiches and started cooking.”

Before long, he was hanging out with the guys in the kitchen.

“It was so creative,” he says. “Customers would come in and say, ‘Make me something delicious.’”

Nick, who has dark curls that sprint across his cranium and a hula girl tattoo that dances down his right forearm, originally set his sights on culinary school. When the tuition proved bigger than his stomach, he bought a deli in Yonkers. He was 19. 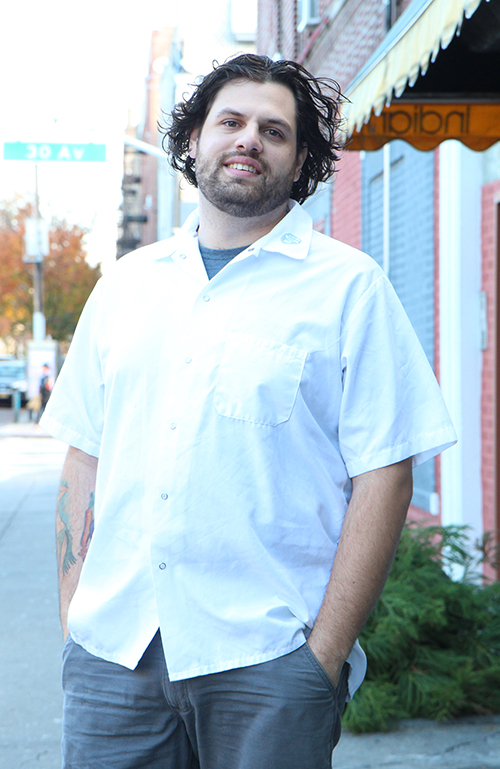 Nick got started in the food industry at 15.

It didn’t take him long to realize that it was a half-baked idea.

“I was too young and immature,” he says, adding that he had had no idea about how to run a business. “So after a year, I sold it. I basically lost all the money I invested in it.”

After that, he took a series of jobs in the food industry that allowed him to move on and up every couple of years.

He managed a friend’s deli/market in the Bronx then worked with Chef Ryan Skeen at a newly opened Manhattan restaurant.

When that restaurant closed, Nick became the executive pastry chef at a downtown Manhattan hotel, then again worked with Skeen, first at a restaurant and then doing projects for celebrity chef Rocco DiSpirito. 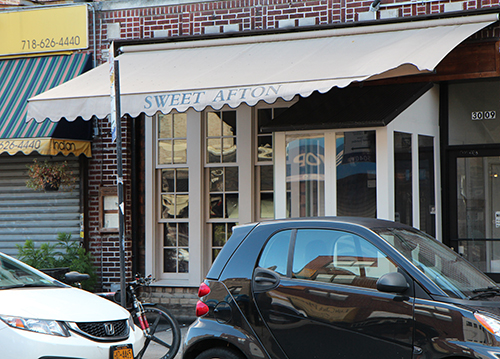 “We helped Rocco on his cookbook,” Nick says, adding that he served as an assistant food stylist.

“The owner remembered me from when I had worked for 83 ½, the restaurant where Chef Skeen and I met,” Nick says.

As executive chef, Nick oversees three of the group’s seven restaurants – The Bonnie, Sweet Afton and The Penrose, which is on the Upper East Side.

“I rotate among them, managing the teams, building the menus, training the staff and cooking,” he says. “I put in eight- to 15-hour days.” 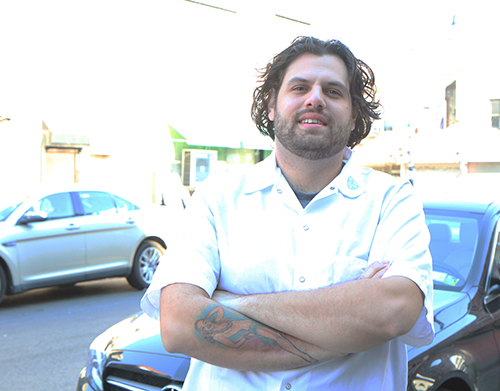 Nick is a “Chopped” winner.

During his down time, he attends Norman, his 3-year-old Schnauzer, works on building projects and refines his natural-wine recipes.

“I also go out to eat so I can explore all the great restaurants in the city,” he says. “It helps me with my career, and it’s a good way to network.”

He needn’t worry about his career. 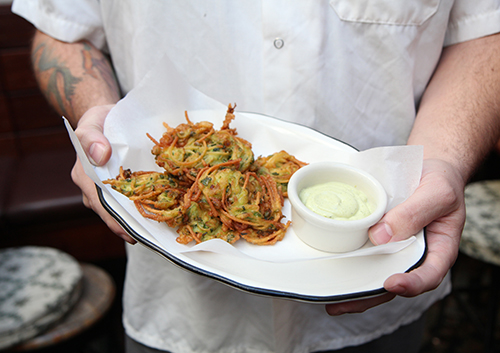 At 31, he’s racked up an impressive resume, which includes being a 2017 winner of the Food Network’s Chopped competition.

“It was an amazing experience,” he says. “I grew up watching that show, but at first, I didn’t want to do it. I thought I would be eliminated immediately, but I have a couple of friends who had won, so they pushed me.”

Someday, Nick would like to open his own restaurant, something small and as comforting as a bowl of chicken soup.

“After my experience owning the deli, I don’t want to use my own money,” he says. “I’m waiting for the right investors to come along.”