“Would you mind removing your shoes before coming in?”

Jagadisa-devasri Dacus, a tall, toned man with a shaved head and a bushy beard, is standing at the door of his apartment in black flip-flops, toenails painted the color of ripe cherries. 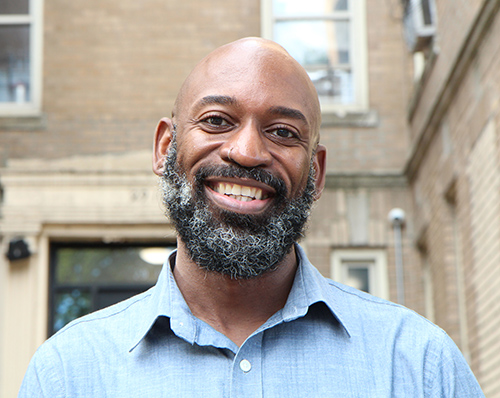 Jagadisa-devasri is a social worker, behavioral scientist and yogi.

He went on a business trip to San Francisco, and he just got home a half hour ago on the red-eye flight. He hasn’t had any sleep.

He says he’s tired, but he looks wide awake. It’s probably because his body and mind are used to a supercharged schedule.

A social worker and behavioral scientist and yogi, Jagadisa-devasri (this, his re-birth name, taken when he was initiated into Sri Swami Satchidananda’s Integral Yoga lineage some 16 years ago, is Sanskrit for “lord of the universe-light of God”) has earned five college degrees (and three or four teacher training certifications in yoga – he can’t recall the precise number off the top of his heavy head) in the 46 years he has been on this planet.

It helps that he had a head start on work – he got his first job at 14. 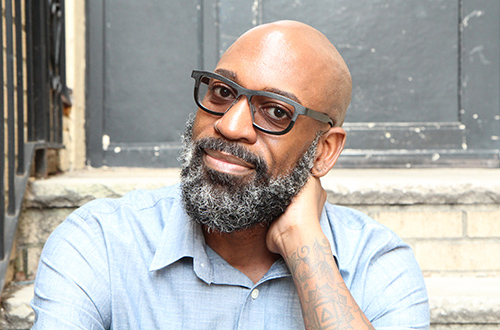 He has two bachelor’s degrees, two master’s and a doctorate.

Jagadisa-devasri, who is erudite and eloquent, was born in Colorado and grew up in what was then called South-Central Los Angeles. He and his younger brother were raised by their mother.

“We were very poor,” he says. “We didn’t always know where our next meal was coming from and used public benefits off and on. And we didn’t always have our own place to live in, but we were never in shelters. We stayed with friends and relatives when we were between places.”

By his own admission, he was an independent child. He didn’t see anything unusual about  becoming a customer-service representative at Target to help his mother pay the bills.

“I worked there after school, but I also did a lot of after-school activities,” he says. “And I was an excellent student.”

By the time he was 16, the family had settled in Denver, and Jagadisa-devasri had become a vegetarian. He also, on his own initiative, took up meditation and yoga. 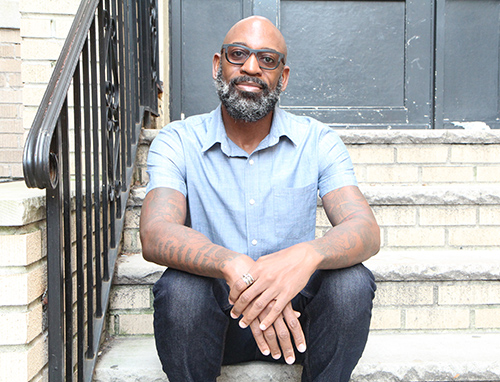 He starts every day on the yoga mat.

“I stopped eating meat cold turkey,” he says. “At that time and in that place, nobody was into these things. All of this just seemed right even though it made me seem weird.”

Jagadisa-devasri’s good grades got him a significant scholarship to the University of California, Berkeley. He worked and took out loans to fill the financial gap.

“I wanted to study marine biology,” he says. “About a year in, though, I decided that I wanted to give back to the communities I belonged to.”

The best way to do that, he figured, was to become a social worker.

“I had had positive experiences with them as a child,” he says, adding that he considered them miracle workers. “At that time, there were not many social workers like me – black and male.” 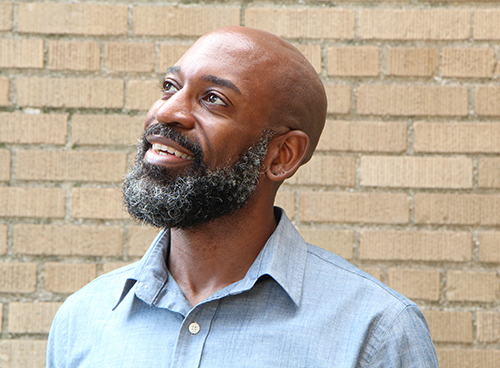 After he got his bachelor’s degrees – one in social work, the other in Spanish – he took a job at Head Start in San Francisco.

“This was significant to me because I’m a graduate of that program,” he says.

Three years later, he moved to New York City to pursue a master’s degree in social work at Columbia University. Again, he worked his way through school by holding down three part-time jobs as well as doing what he calls “odds and ends” like tutoring and editing and serving as a research assistant to a professor.

As a social worker, he worked on issues affecting communities of color and LGBQT+ populations, focusing on HIV prevention. 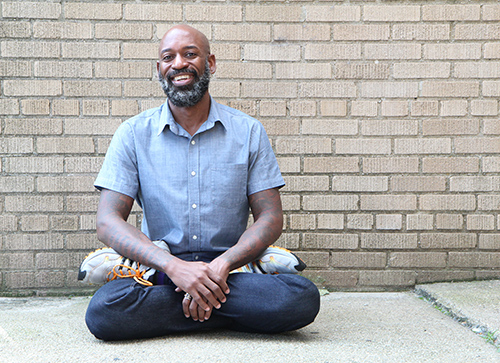 “It wasn’t that hard to work on two degrees at once; I know how to do school,” he says and laughs.

Jagadisa-devasri, who recently earned the right to put the title Dr. before his name, is getting ready to start post-doc professional training.

“It’s a job not a degree,” he’s quick to add. “It’s funded by the U.S. government, and I will get paid. I’ll be working with senior researchers.”

As a behavioral scientist, Jagadisa-devasri will focus his research on HIV prevention with black men who have sex with men.

It goes without saying that to accomplish all of this, Jagadisa-devasri had to be disciplined and dedicated. 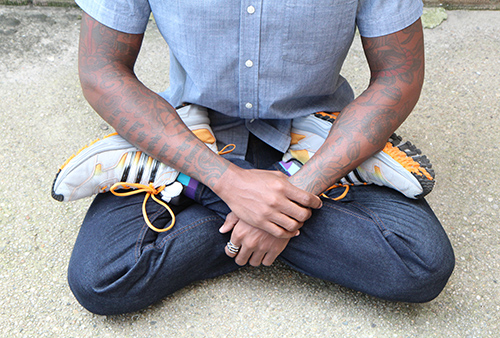 It’s not as easy as Jagadisa-devasri makes it look.

Every morning, he’s up by 5 and on the yoga mat by 6, where he runs through the Asthanga Primary Series then meditates for 20 to 30 minutes.

He starts his day and doesn’t stop until everything is done.

“I strive to have a balance in my life,” he says. “And I have a wonderful network of friends and chosen family.” 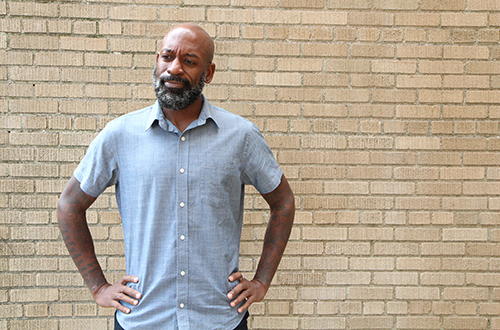 Thinking: What should I do next?

He’s looking forward to doing cutting-edge research that will make a difference in HIV prevention.

“I’m never going back to school,” he says. “I’m done. But five years from now, I will probably be teaching and doing research at a university. East Coast or West Coast, I’m open to wherever the opportunity takes me.”

And to helping others realize their potential. 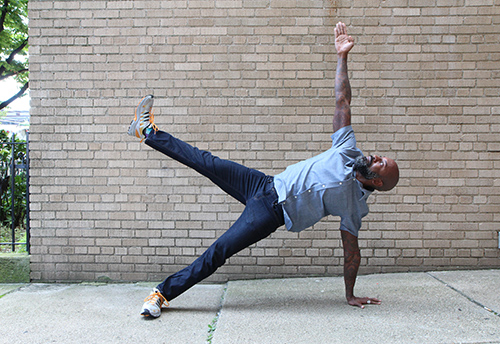 How about side plank on the sidewalk?

“I’m slowly approaching 50,” he says. “I’d like to be a mentor or a role model and give back to individuals and communities; I really am living up to my Sanskrit name.”

Jagadisa-devasri takes a moment to reflect on his very full life.

“I’m just a happy person,” he says. “I do a lot of everything and it’s interconnected and everything fuels me.”