Inside, coiled like a coiffure’s curls, are scores of rainbow-colored jump ropes. 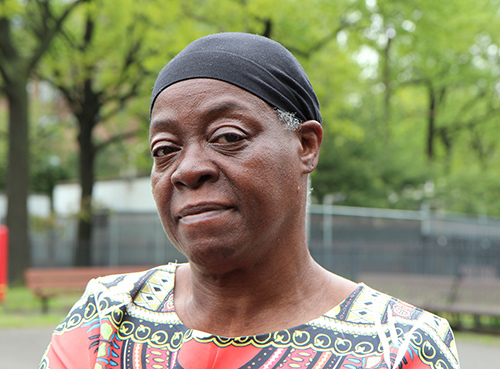 Photo by Nancy A. Ruhling
Renée devotes her life and career to children.

Kids don’t play Double Dutch any more, and it sure is a shame.

“When I see some little sisters sitting on a bench, I bring out the ropes,” she says.

If they don’t jump at the chance, she shows them how to blow bubbles.

If that doesn’t work, Renée, a cheerful commander, thinks of other ways to keep the “babies” occupied. 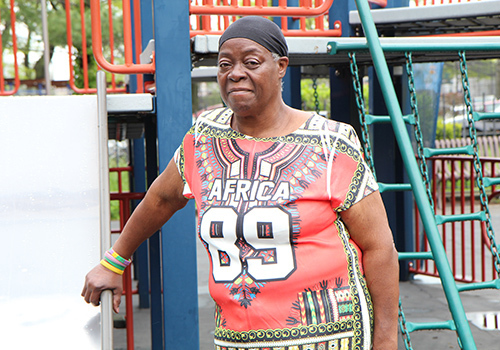 Photo by Nancy A. Ruhling
She’s worked in the department of education’s LYFE program for 31 years.

The other day, for instance, she was outside and heard some parents yelling at their children to stop playing in the dirt.

“You can’t just tell them to stop,” she says. “You have to offer them something else to do.”

So Renée brought out a big roll of butcher paper and spread it on the ground like a red carpet. She handed out colored markers and crayons, creating an impromptu al fresco art project.

Suddenly, the dirt was left in the dust.

Renée, the biological mother of six, substitute mom to seven young relatives and pseudo parent to others too numerous to count, has made her life all about the kids. 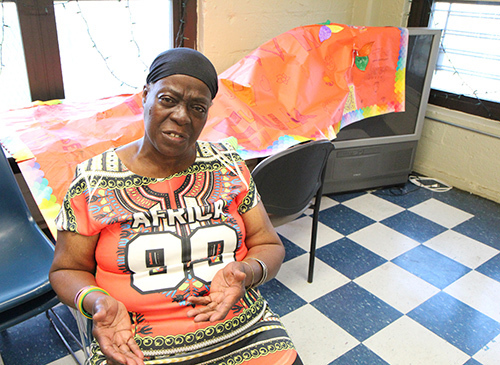 Photo by Nancy A. Ruhling
At the Astoria Houses Resident Association Center, she’s in charge of kids and cakes.

“I’ve always been around kids,” she says. “My mom took in children, and it just trickled down. Family members just kept sending their kids to stay with Aunt Renée.”

As she’s saying this, her latest charge, her 12-year-old granddaughter J’nai, is at her side, waiting patiently to be taken to a dance lesson.

Renée, who is one of nine, was born in Harlem and spent the first three years of her life in the Bronx.

In 1953, the family moved into a three-bedroom apartment in Astoria Houses.

“The buildings were new,” she says. “We were the first people to have our apartment, and I remember that the grounds were not finished. When the wind blew, it was like a dust storm.” 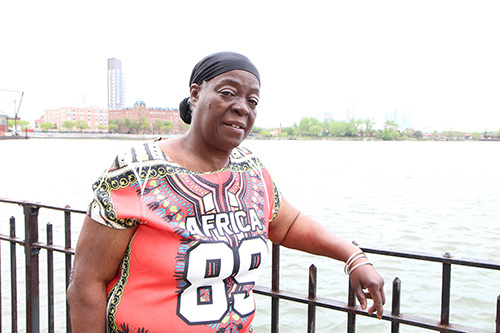 Photo by Nancy A. Ruhling
Renée moved into Astoria Houses in 1953 when she was 3.

She married at 19, had her first two children, was widowed at 22 and never left Astoria Houses.

“I’ve lived in three different buildings here,” she says. “And some of my children still live here.”

What with her degree and interest in youngsters, it was inevitable that Renée would opt for a career that kept her close to them. 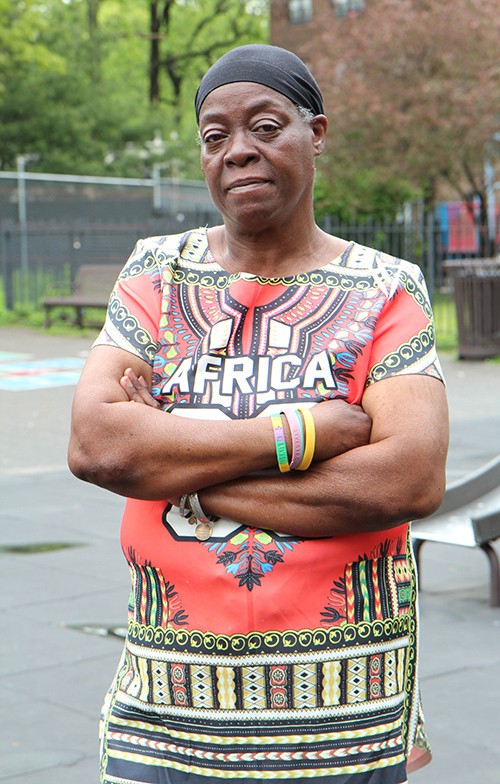 Photo by Nancy A. Ruhling
She has a early-childhood education degree from LaGuardia Community College.

For 31 years, she has worked for the New York City Department of Education’s LYFE program, which provides child care for student parents. A para, she’s stationed at Long Island City High School.

“I’m responsible for four infants whose ages are two months to 12 months,” she says, proudly calling up their photos on her smartphone and cooing.

When she gets off from work, Renée starts her volunteer duties. She heads over to the Variety Boys & Girls Club of Queens in Long Island City, where she teaches sewing, knitting and crocheting a couple of times a week. 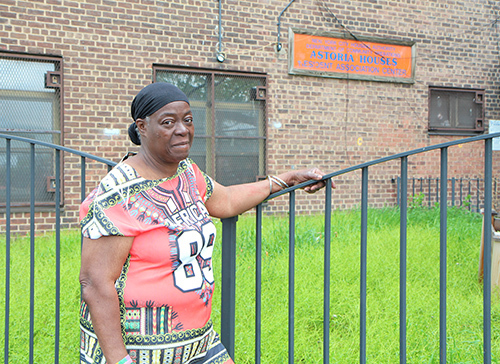 Photo by Nancy A. Ruhling
She’s vice president of the resident association center.

Then there’s her work as vice president of the Astoria Houses Resident Association Center.

“I’m in charge of cakes and kids,” she says and laughs.

You’ll also see Renée at the Canaan AME Church on 27th Avenue, where she’s a trustee, missionary and liturgical dancer. 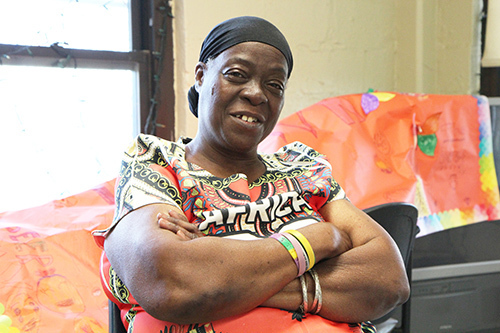 Photo by Nancy A. Ruhling
She’s starting an empowerment program for girls who are 6 to 12.

When she has time on her hands, she develops enlightening educational programs. Her newest, Incredible Me, empowers girls who are 6 to 12 years old.

“I was asking some little sisters to tell me what a princess looks like,” she says. “They said Cinderella. And I told them that if you want to see a real princess, all you have to do is look in a mirror. I went to the 99-cent store and bought them each one so they wouldn’t forget.”

In the summers, when she is off from LYFE, Renée volunteers at the Global Citizenship Academy, which educates and entertains neighborhood children who are not at camp. 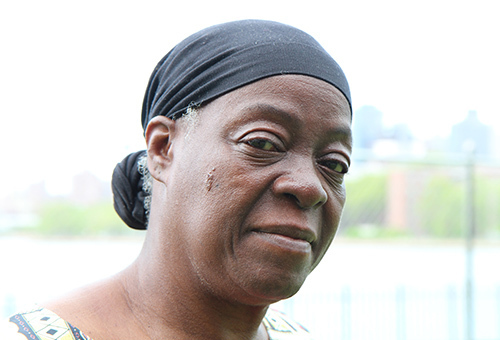 Photo by Nancy A. Ruhling
Renée’s looking forward to caring for future generations of children.

“My daughter is moving to South Carolina in September because it’s cheaper,” she says. “My heart is broken. She is the first of the immediate family to leave New York.”

Even in her absence, it’s unlikely that Renée, who is 67, will run out of children to care for any time soon.