It’s been a month since Joshua Morgan has set eyes on Barnaby.

That’s why the maroon fan-tailed Betta is swimming in circles in a tiny round plastic container on the dining room table. 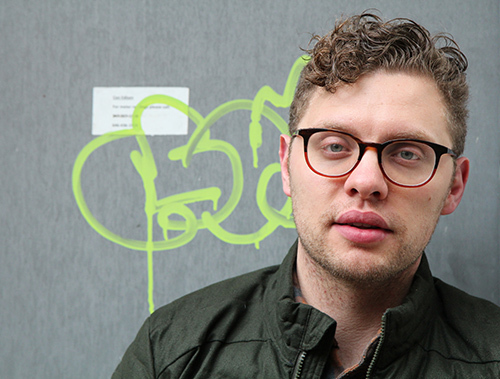 Photo by Nancy A. Ruhling
Did you see him in Les Mis?

Joshua just got home last night and fetched him from a friend’s house, so he hasn’t had time to transfer him to his big glass bowl, and for this he is feeling guilty.

While Barnaby the Betta was being boarded, Joshua was reigning as King Herod in the North Carolina Theatre’s production of Jesus Christ Superstar.

It’s hard to tell whether Barnaby, who gets his name from the we-won’t-come-home-until-we’ve-kissed-a-girl suiter in Hello, Dolly! has missed Joshua.

And it’s hard to tell whether Joshua has missed being home. You see, he’s moved a lot. He’s only lived in Astoria since August 2015, and this is apartment No. 3.

He didn’t have much time to get settled because before he even moved to New York City, he found himself on Broadway in Les Miserables, where he played the roles of Joly, Bamatabois, Grantaire and the lead, Thénardier.

“It was my first New York audition,” he says, adding that he had driven straight from Washington, D.C., to try out. “Musical theatre was new to me, and I didn’t expect to get hired. They called me the next day and said, ‘Can you start tomorrow?’” 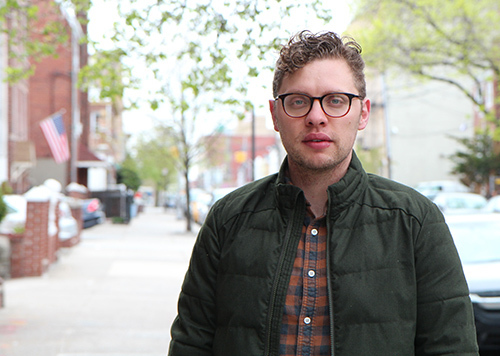 Photo by Nancy A. Ruhling
He made a big splash in D.C. theatre.

So that’s what he did.

“I had two weeks to learn four tracks,” he says. “And I didn’t know Les Mis. People in the production kept saying to me, ‘You know it,’ and I kept saying, ‘I don’t.’ But ultimately, I found that I did know it.”

After three performances as Joly and then three as Grantaire, Joshua took on the role of Thénardier during the star’s 10-day vacation.

“That first time, I was sweating so much that my wig was falling off,” he says. “I made it through and went on to play that role 40 times before the show closed in September 2016.”

“For me, it was never the same show,” he says, “because I was doing so many parts. I was constantly on my toes, and I loved that.”

Photo by Nancy A. Ruhling
He didn’t expect to get the Les Mis gig.

Joshua has grown comfortably accustomed to change. Born in Bournemouth, England, he grew up in Los Angeles and Montclair, New Jersey.

“I’m the only child of a single mother,” he says. “We moved once or twice a year because she wanted a different apartment. I was very independent at a young age. We’ve always been more like friends than mother and son.”

He got his first role at 11: He played a stone-throwing boy in an Off-Off Broadway production of Shirley Jackson’s The Lottery.

“From that point on, there was never a doubt that I would do anything else,” he says. “I was always creating and producing things in high school.”

But there were no stars in his big blue eyes.

“I knew it was going to be hard because I don’t look like anyone else,” he says. “And there are not many character actors who are young.” 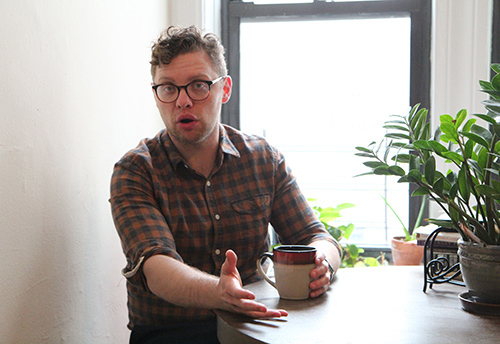 Photo by Nancy A. Ruhling
Through Artist’s Strategy, he helps his peers plan their futures.

Sigh. There’s nothing he can do about it.

After earning a drama degree from the University of North Carolina School of the Arts, Joshua, a self-described workaholic, founded the award-winning No Rules Theatre Company in Winston-Salem.

“We staged Hedwig and the Angry Inch, and it sold out,” he says, an air of surprise in his voice. “People were pouring in the doors, and I was crying.”

When a college alum who had been in the audience suggested Joshua take the show on the road to D.C., he did with similar success.

By the time of the Les Mis audition, Joshua was well established personally and professionally in the nation’s capital.

“I miss D.C. with all my heart,” he says. “I had a partner and a house I left behind, and I had to dissolve the theatre company.”

Throughout his career, Joshua has taken joy not only in his performances but also in helping others in his profession.

After years of giving informal advice to his peers, in 2016 Joshua set up Artist’s Strategy, which helps actors and others in the arts prepare business plans. 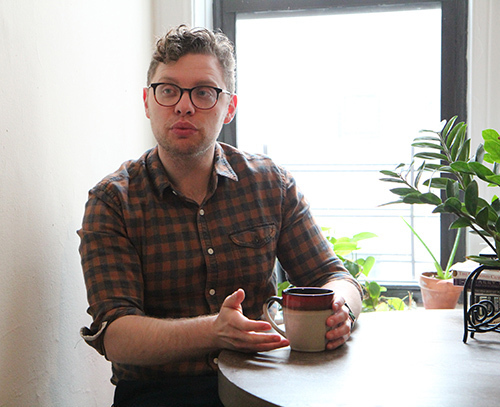 Photo by Nancy A. Ruhling
You’re likely to see him on stage again soon.

It is also, he says, about finding a way to supplement your income when you’re not on the stage.

“These jobs can be something you really love to do,” he says. “In my case, it’s Artist’s Strategy.”

Joshua has kept busy since Les Mis closed. He’s bolstering his tenor (“I learned that I have to learn how to sing!”) and earlier this year, he produced the Off-Broadway play The War Boys. 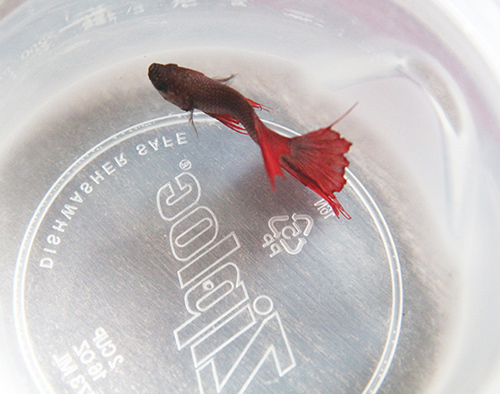 Photo by Nancy A. Ruhling
Barnaby waiting for Joshua to put him back in his bowl.

Through Artist’s Strategy, Joshua spends a significant amount of time helping others shape their futures, and he’s surprised when asked to talk about his own.

“I love the theater, but it’s not ultimately sustainable,” he says without hesitation. “I’m interested in moving back to England and Los Angeles and growing my business in a more commercial way.”

More immediately, he has a lot of things up in the air that he can’t talk about until the contracts are signed.

“I’m grateful, thankful and lucky enough to work constantly,” he says. “I love jumping from project to project.”

Which reminds him that Barnaby is waiting to get back in his bowl.