There are only four stations at Val’s Barber Shop. 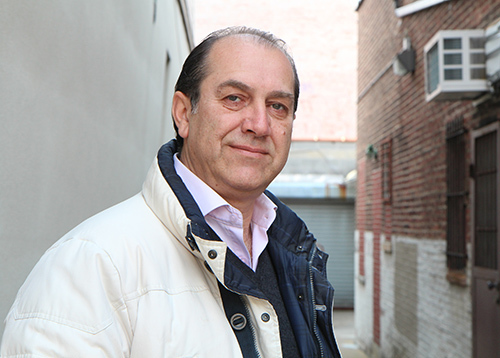 Val Suyunov, the owner, mans the one closest to the front plate-glass window, where the shop’s humble name is proclaimed is big, bold golden letters.

“Val’s is old-fashioned,” he says proudly. “Like the sign in back says: Enter as strangers, leave as friends.” 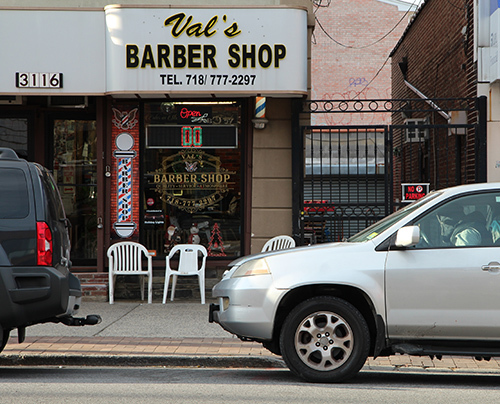 Men – the wholly haired to the brazenly bald – come to Val’s for a haircut, a hot-towel shave and a muscular fellowship that is rooted in each clip and snip.

“I’m like a therapist,” says Val, a gracious and gregarious fellow. “I listen to what’s going on in my customers’ lives.”

Val’s life is another matter. He has never told his story, probably because nobody has ever asked. He hopes it’s not too boring. 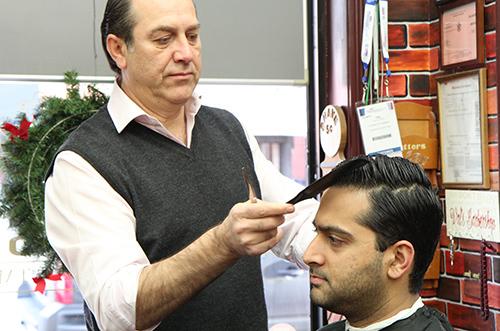 Photo by Nancy A. Ruhling
Val was born and raised in Uzbekistan.

Val, one of four children, was born and raised in the small town of Navoi in the Soviet Socialist Republic of Uzbekistan.

“I always wanted to be a doctor,” he says. “But they made it difficult for Jews to be doctors; you had to pay a lot of money, and we didn’t have it.”

So he went to college and became a chef instead. 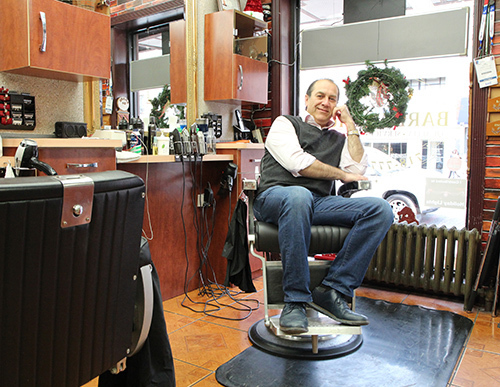 Photo by Nancy A. Ruhling
He learned his craft in 13 days.

“At this time, there was a problem with getting food, and my father told me to do it so I would always have a full refrigerator,” he says.

But before he could start his restaurant career, he had to complete a mandatory two-year stint in the army.

“This was during the time of the war with Afghanistan,” he says. “There was a lottery like Russian roulette that determined where you were stationed. I stayed in Moscow.”

By the time his tour of duty ended, Val was married. 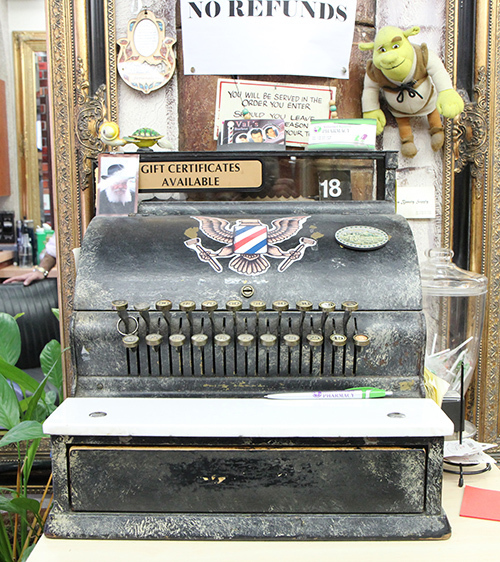 Photo by Nancy A. Ruhling
Val’s is an old-fashioned shop.

“She lived in my hometown,” he says. “I had known of her when we were children, and she grew into a beautiful woman. It was love – we married three months later and are still together.”

When he was 26 and the father of a 4-month-old son and a 3-year-old daughter, Val, his parents and his siblings and their children joined the wave of Soviet Jews who were immigrating to America in the early 1990s.

“Ever since I was 7, I wanted to come,” he says. “That’s when I started learning English in school.” 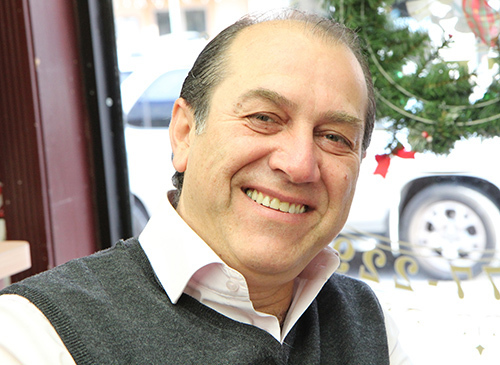 Photo by Nancy A. Ruhling
He’s happy to be a U.S. citizen.

When the 12 of them left, they were forced to hand over their possessions.

“Each of us came with $100 in our pocket, which is all we were allowed,” he says. “They took all of our gold jewelry, even my wife’s wedding ring off her finger. She was crying.”

He pauses; he’s been so busy earning a living that he hasn’t thought about this in a long time. His eyes tear up. 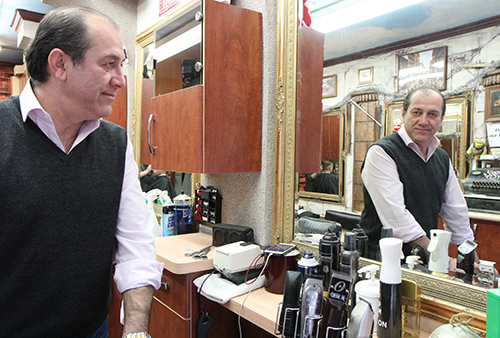 Photo by Nancy A. Ruhling
He cuts hair — and listens to his customers’ stories.

They settled in a studio apartment in Forest Hills, where Val’s grandmother lived.

“I became a barber right away because I knew it would be easier to make money,” he says. “My uncle was a barber, and he taught me it in 13 days before I left Russia.”

Although Val got work immediately, it was still a struggle. 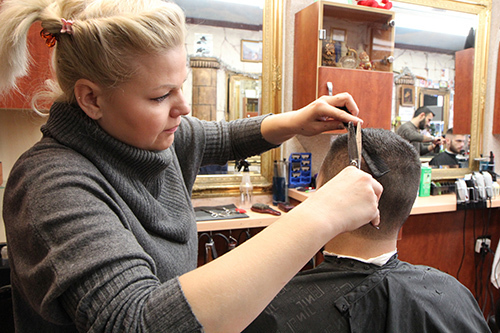 Photo by Nancy A. Ruhling
Olesya Plotnikova at work.

“Living in America has made my dreams come true,” he says, adding that he has been successful enough to buy a house in Hollis. “I couldn’t be a doctor because I came here too late, but I made sure my three children are. The older two are pharmacists; the youngest is in college studying to be a dentist.” 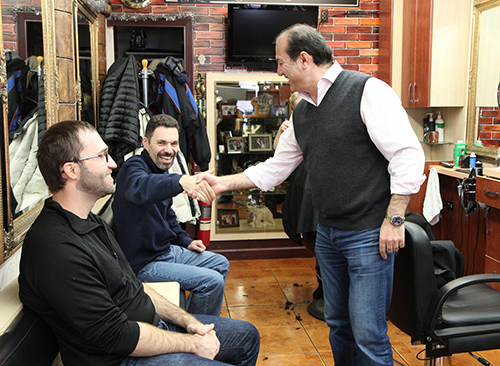 Photo by Nancy A. Ruhling
Where customers become friends.

Val, who jokes that it doesn’t matter who cuts his hair because there’s so little of it left, doesn’t have much time for anything other than working. 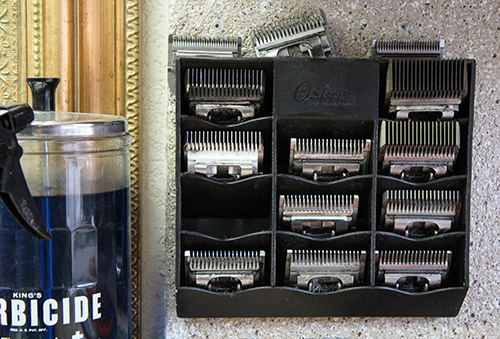 Every year, however, he does take a vacation. For one week.

He smiles with satisfaction when he says this.

In the back of Val’s, there’s a glass case filled with familiar faces. He points to an old photo of Hillary Clinton. She visited during a campaign stop. 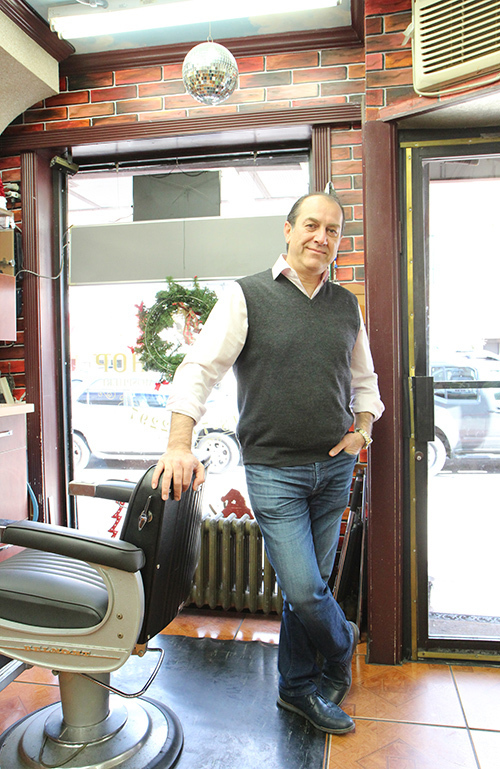 Photo by Nancy A. Ruhling
He’s at the shop seven days a week.

“Every customer of mine is famous,” he says. “The surgeons who save lives, the teachers who help people learn to read, they are more important than Hollywood stars.”

As for Val’s, Val intends to keep it exactly as it is.

There is, he says, no other place like it.

The ceiling is painted like the sky with puffy white clouds; antique Russian leather barber strops hang on the wall next to a silver sword; and the old-time cash register is decorated with a decal of an American bald eagle that has a barber-pole body and razor-clutching claws.

Right next to it, there are a commemorative photo of Menachem Mendel Schneerson, the last Lubavitcher rabbi, and a Shrek doll.

“I’m just a barber who comes to work every day,” Val says.

He shrugs and picks up his scissors.