Colette Conlon and Jenny Lando, moms on a mission, are sitting at the kitchen table. Its white-tile top holds coffee, cookies and croissants, but their attention is momentarily focused on a pint-sized voice coming from the living room. Shane, Colette’s son, is trying to be quiet, but he’s only 5 so sometimes he forgets.

Shane doesn’t know about the Christmastime massacre at Sandy Hook Elementary School in Connecticut. Neither do 8-year-old Nora and 4-year-old Josie, Jenny’s daughters.

If Colette and Jenny have anything to do with it, they never will. The fortysomething moms are active members of the NY/Greater NYC area chapter of Moms Demand Action for Gun Sense in America, a grassroots group formed immediately after the tragedy that lobbies for reforms in gun laws. 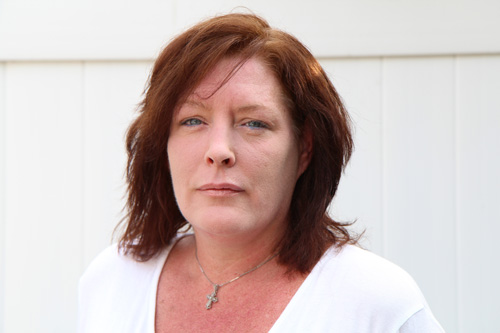 Photo by Nancy A. Ruhling
Colette, mother of a a 5-year-old son.

Jenny, a former elementary school science teacher who loves to tease out how things work, and Colette, a pragmatist who had a career in the financial information industry, are not radicals. They are not trying to ban guns. They are simply out to make every community safe for kids like Shane, Nora and Josie.

“Sandy Hook was a 9/11 for moms,” Colette says. “When I heard about it, I was paralyzed with shock and grief and couldn’t utter a sentence without crying. It wasn’t the start for me. It was the end of apathy.”

Jenny, too, felt deep grief and a call to action.

“As a parent and an educator, I was appalled that the sanctity of the classroom could be broken that way,” she says. 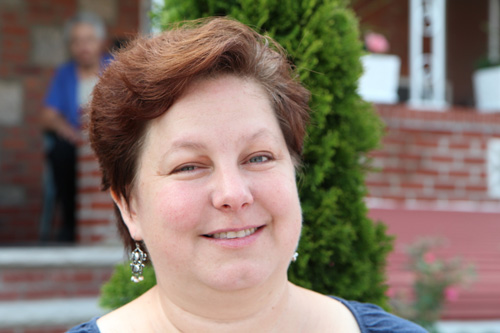 Photo by Nancy A. Ruhling
Jenny’s daughters are 4 and 8.

Jenny and Colette had never been activists or advocates before, and under ordinary circumstances probably wouldn’t have become fast friends who make themselves at home at each other’s houses. 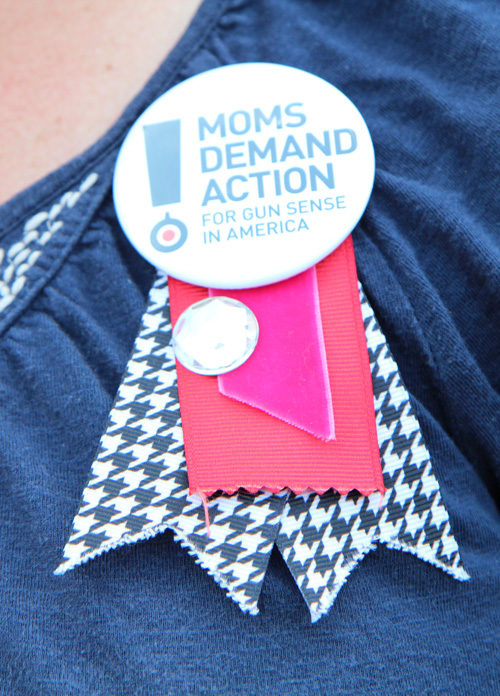 Photo by Nancy A. Ruhling
They wear their badges proudly.

It was at the museum that she met her husband. They were on the same softball team.

“He was the third baseman,” she says. “I yelled and screamed at him after one of the plays. We got married a year and a day after our first date.”

Colette, the child of Irish immigrants, was born and raised in Astoria. After earning her college degree, she took a job in Hong Kong for three years before coming back to New York. She had pretty much had it with guys when she walked into a bar and found the right one.

“We lived together for six years,” she says. “I got pregnant on my honeymoon. I was 40.” 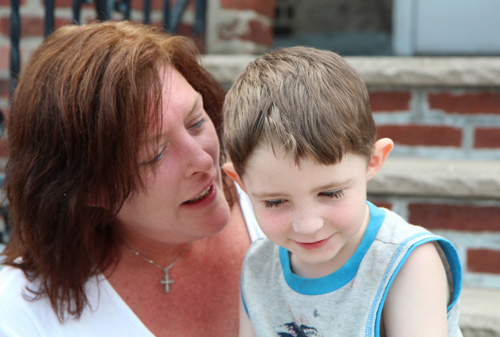 Photo by Nancy A. Ruhling
Every day she drops him off at school, she worries.

So it was that they were each pushing strollers to Astoria Heights Playground at the same time.

“We became park pals,” Jenny says. “But that was the extent of our relationship. We never socialized.”

Jenny, the Moms Demand Action former communications manager, spends much of her time traveling to Albany and Washington lobbying for the cause. Colette focuses on research.

“This is not about gun control,” Colette says. “It’s about getting out and hosting events and education and bringing strollers to Congress and coming home and cooking dinner.”

“Not me,” Jenny interjects. “My husband does the cooking.” 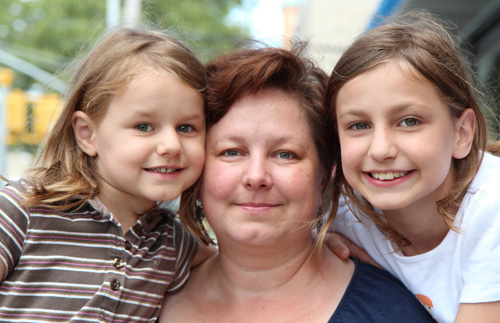 Photo by Nancy A. Ruhling
Jenny with Josie, left, and Nora.

It’s no accident they’re sitting at the kitchen table.

“The moms’ voice has been missing from the conversation,” Colette says. “We just want to have a seat at the table.”

Adds Jenny, “We have to recognize that there is a table for everyone.”

The organization, which is modeled after Mothers Against Drunk Driving, aims to change the way people think about guns.

“Guns have a place in civilized society,” says Colette, adding that her husband, a hunter, owns rifles and shotguns, and she is going to apply for a FOID card. “I wouldn’t hesitate to shoot an intruder.”

Jenny, who doesn’t own any guns, recently did target practice with a Colt AR-15 rifle, the weapon the Sandy Hook shooter used, as part of her research. She pretty much hit the bull’s-eye every time. 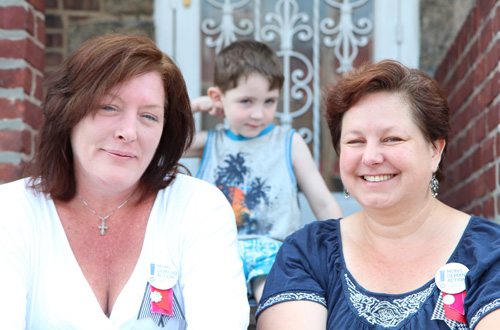 Photo by Nancy A. Ruhling
They’re doing it for their kids — and everyone else’s.

Jenny and Colette are busy moms, but they devote every spare minute to Moms Demand Action, which has about 107,000 members around the country.

“I’m putting in as many hours as I would at a full-time job,” Colette says.

And Jenny works around her part-time schedule at the natural history museum.

Soon, they won’t be able to do that. Once Josie and Shane attend school all day, their moms will be looking for full-time work.

Now that school has started, Jenny and Colette feel a new urgency to effect change.

“When I drop Shane off, I wonder what his day will hold,” Colette says. “There’s a knot in my stomach every day.”

Shane comes over for a cookie. Jenny, his second mom, gives him one. He goes back to the living room, content. The sacrifices Jenny and Colette are making are for Shane, Nora and Josie. And all the other little kids out there who want nothing more from life than a cookie.