The garage door is up, and Pierre Zimmerli is sitting on a stool playing a hand of solitaire. This is what he does when he doesn’t have anything else to do.

When you get up at 3:30 in the morning, as Pierre does, you have to learn to amuse yourself. He’s already had two cups of coffee — one from home, one from the shop across the street — and a bowl of cold cereal. His first cigarettes have gone up in smoke, and when the mom-and-pops roll up their gates, Pierre will take to the street. Twenty Third is his avenue, the one he walks over and over every day, checking in while checking things out. 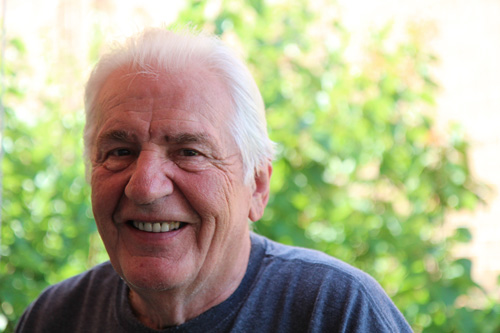 Photo by Nancy A. Ruhling
Pierre’s boyhood was spent in France and Brazil.

The garage tucked into the front of the house is where Pierre works on things that don’t work. He’s 71, and he’s been married 43 years, so he needs his own space.

Pierre, a slim cowboy who always packs a pack of Winstons, heads for the upstairs deck, where the floor is covered with Astroturf the color of cash. He doesn’t allow himself to smoke in the house. 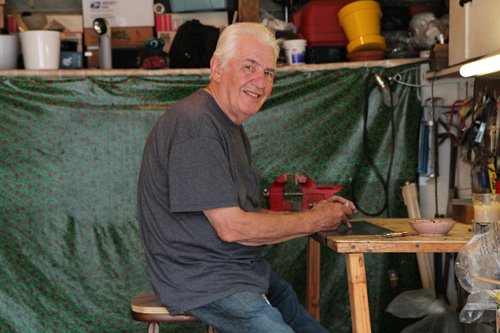 Photo by Nancy A. Ruhling
Pierre in his man cave.

He was born in Marseille, France and raised in Nice. He has a charming accent to prove it.

World War II had a couple of years to go when Pierre arrived on the scene. His mother took in sewing to make food money while his father was soldiering on at the front.

War didn’t set well with the family, and after the truce was signed, the trio moved to Brazil when Pierre was 5. He doesn’t remember much about his father because he was in boarding school when his parents split two years later. 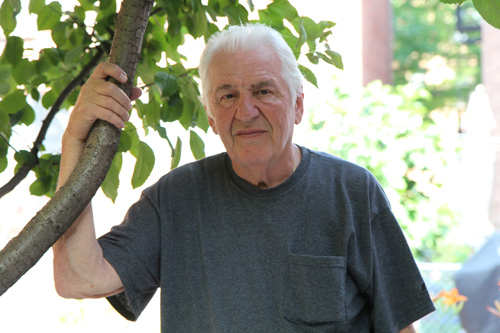 Photo by Nancy A. Ruhling
Pierre spends a lot of time walking outside.

Brazil and Pierre fought like siblings. The tropical climate imperiled his health.

“The doctors said I would die if I stayed,” he says as he watches his cigarette smoke circle to the sky. “My mother sent me back to France.” 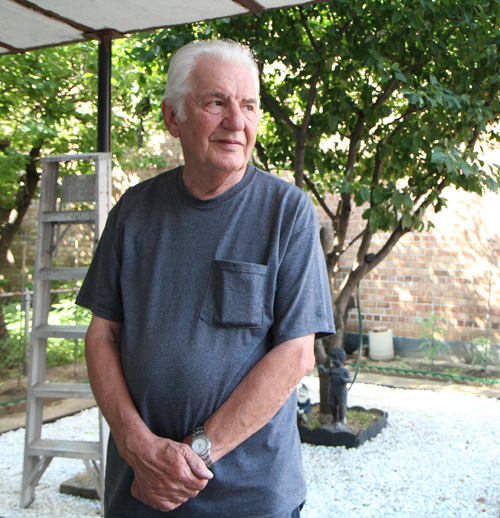 Photo by Nancy A. Ruhling
Retired but not in retirement.

That’s why he was on that plane, the one that plunged into the jungle when one of its engines failed.

“We were there for one day and one night,” he says. “Nobody died, but some people were hurt. I wasn’t afraid, and it never stopped me from flying.”

The first thing Pierre’s grandparents did after the rescue was send him to a Catholic boarding school. 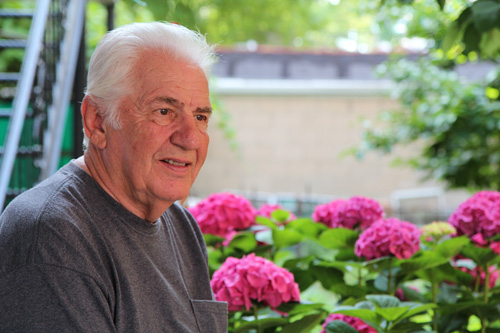 Photo by Nancy A. Ruhling
Pierre survived a plane crash when he was a child.

“It was fun, but it was tough,” Pierre says. “They used to hit my hands with a ruler and made me kneel on rice as punishment.”

By the time he was 15, Pierre had had enough of the rules that brought down the wrath of the rulers and the rice. He finished at a public high school and was sent to the army for two years. 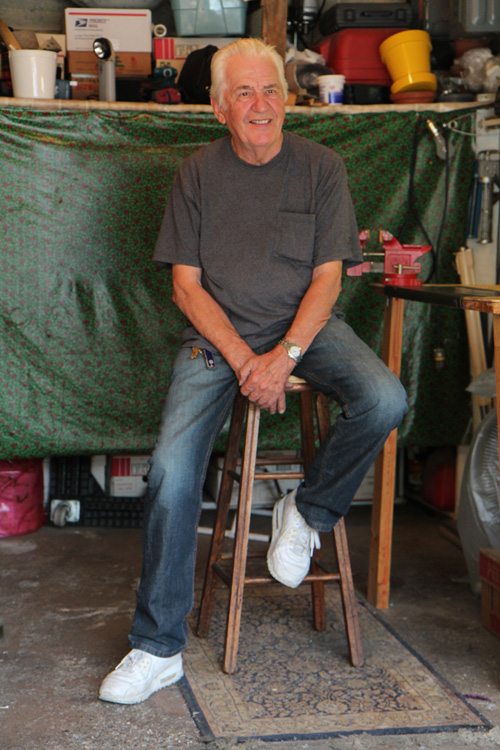 Photo by Nancy A. Ruhling
Pierre likes to tinker the time away.

“Everyone had to go,” he says. “France was fighting Algeria.”

When he put down his gun, he headed to Astoria, where his mother and her new husband made their home. He wasn’t going to stay, but Cupid’s arrow prevented him from straying.

He met Stephanie — “she’s my friend, wife and nurse” — at a wedding where she was a bridesmaid and he was a groomsman. She caught the bouquet, he captured the garter and two years later, they were saying their own I dos. 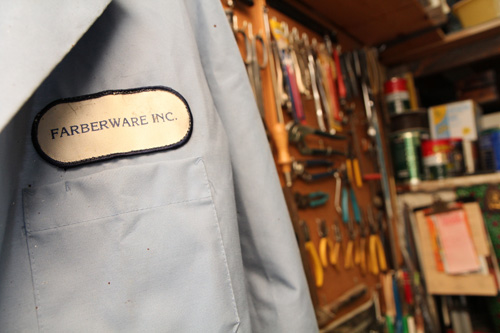 Photo by Nancy A. Ruhling
The factory coat still fits.

Pierre swept her off her feet. He’s not a kissy-huggy guy, but he is romantic. He bought her diamonds and roses, and, oh, that accent. He used to sing to Stephanie in French, and he always calls her Honey.

Pierre took a job at the Farberware pots and pans factory in the Bronx, and the young couple moved into his mother’s house, the one they still live in. Every day was an adventure, with picnics on the living room floor during snowstorms, and every new year was heralded with hats and confetti flying through the air. 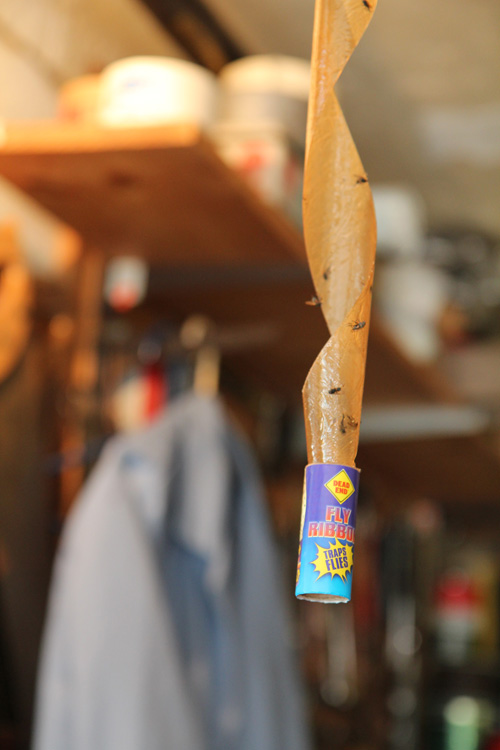 Photo by Nancy A. Ruhling
Pierre’s garage is equipped with all the modern conveniences.

Pierre had an affinity for factory work, and the years flew by. Before he knew it, he had two kids.

Then the unthinkable happened: Farberware was sold, and the new owners closed Pierre’s plant. At 55, he found himself reading help-wanted ads. 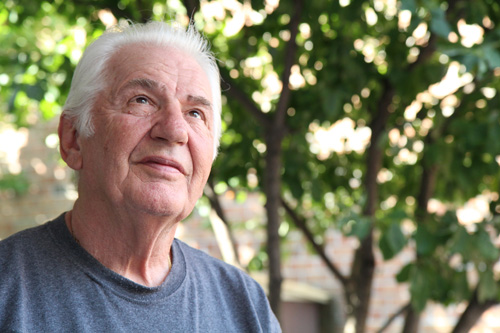 He did find jobs, but they didn’t pay as much, and his heart wasn’t in any of them.

“At my last job, the people were nice, and the work was easy. All I had to do was check the bathrooms on all seven floors, but it wasn’t my kind of work,” he says. 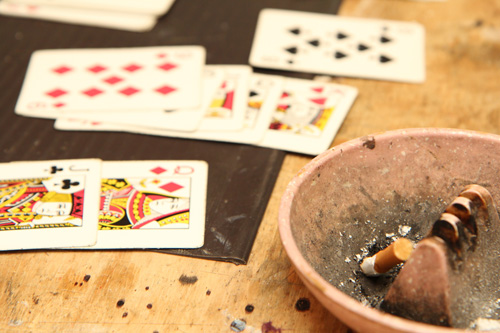 Photo by Nancy A. Ruhling
Solitaire and cigarettes — life is good.

He decided to retire at 62, which was a good thing because right around that time, he had a heart attack while doing a stress test. Stephanie nursed him back to health after he had a quintuple bypass that left him with diabetes.

That’s when he began taking his long walks and tinkering in earnest. Once, he went all the way to LaGuardia to watch the jets take off. Man, was that exciting.

There’s a fold-up chair in the garage. It has a ruffled cushion. Sometimes a friend drops by to sit it out with him. But Pierre’s OK alone. Solitaire keeps him company.