It’s a custom in Hawaii to take your shoes off when you enter, so Jeff and Suzi Nauser are in their stocking feet when they answer the door.

The framed memorabilia in the narrow entry hall that leads to the heart of their compact three-room apartment is a time capsule of their lives, which inexplicably intersected and intertwined some 15 years ago in the land of the waving palm trees.

The black-and-white photos of the hula dancers make Suzi happy when she gets lonely for home; the state pins Jeff collected on his 20,000-mile motorcycle trip remind him that his 1995 Harley Road King is just around the corner, aching to hit the blue highways again. 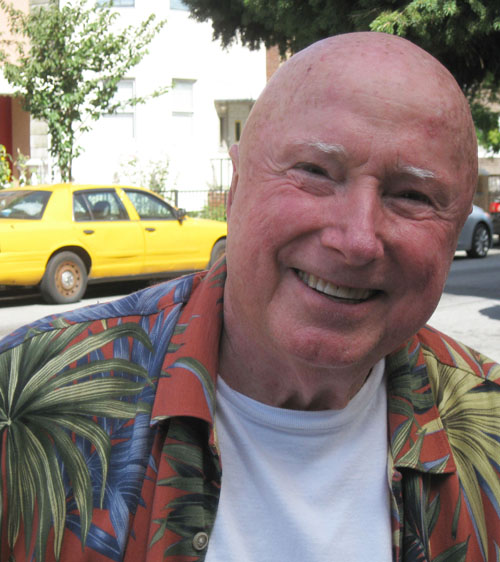 Photo by Nancy A. Ruhling
Jeff wears his heart on his Hawaiian shirt.

Suddenly, there’s a blood-curdling screech. That’s Funny, the Solomon Islands Eclectus parrot who likes to hang out in the window when Suzi takes a bath. Jeff, a giant in a Hawaiian shirt, gently puts his emerald-green feathered friend on his shoulder.

“It’s a little like the annex to the Bronx Zoo in here,” Jeff says as he opens the bedroom door to let out Emma, a Boston terrier, and Molly, a black/grey mutt.

Suzi, an airline flight attendant, and Jeff, a ex-ad man turned teacher, get everyone settled in the living room of the apartment they have called home for the last 12 years. It’s the same size and price as the place they had in Hawaii. Of course, it doesn’t have a 20-foot lanai. 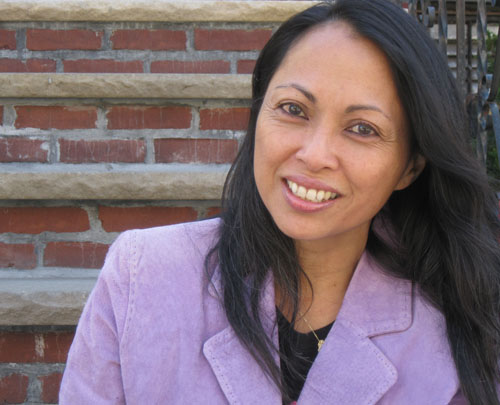 Photo by Nancy A. Ruhling
Suzi longs for the islands.

Suzi, who looks like a runway model, was born in Hawaii right before it became a state in 1960; Jeff was raised in Kansas City, Mo.

It was fate that brought them together and sent them to New York City.

Suzi, a single mom to two, was focused on her career when Jeff’s work brought him to the islands. An executive secretary, it was she who took Jeff’s calls for her boss.

“She was the gatekeeper,” Jeff says. “This went on for two years. I never met her until I had to go to the office.” 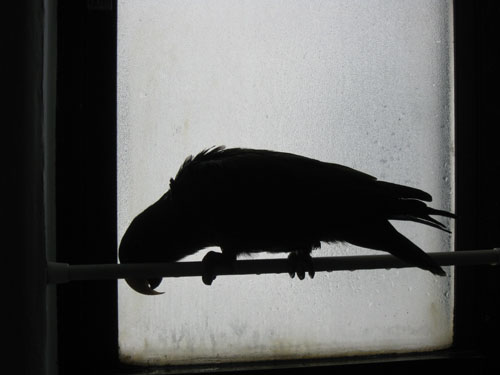 Photo by Nancy A. Ruhling
Funny strikes a striking pose.

While they were making small talk, Jeff told her he was going to take a 20,000-mile motorcycle trip, and out of politeness, she asked him to send her a postcard. He didn’t send her one — he sent her one from every place he stopped.

“On one, I wrote ‘you would look great on the back of my Harley’ and added my phone number,” Jeff says.

When Suzi finally did call him months later, she fell in love with him. After a marathon conversation on a park bench, they began dating and married in 1998, each bringing two children to the family.

Jeff moved to Hawaii full time to be with Suzi, and they opened their own ad agency across from the Aloha Tower. 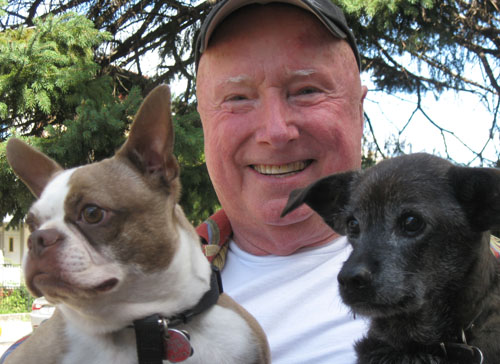 Photo by Nancy A. Ruhling
Jeff with Emma and Molly.

“Our life was too good to be true,” Jeff says. “We only had one major client, which you’re not supposed to do, and when we lost it, we had to shut down.”

When Suzi landed a job as a flight attendant, the couple selected New York as a home base.

“Our other choices were Chicago and Washington, D.C.,” Jeff says, “and I thought if we’re going to live in a big city, we might as well go for the granddaddy of them all.”

Jeff became a volunteer auxiliary policeman, walking a beat for the 114th Precinct in Astoria; his work on 9/11 earned him a commendation. 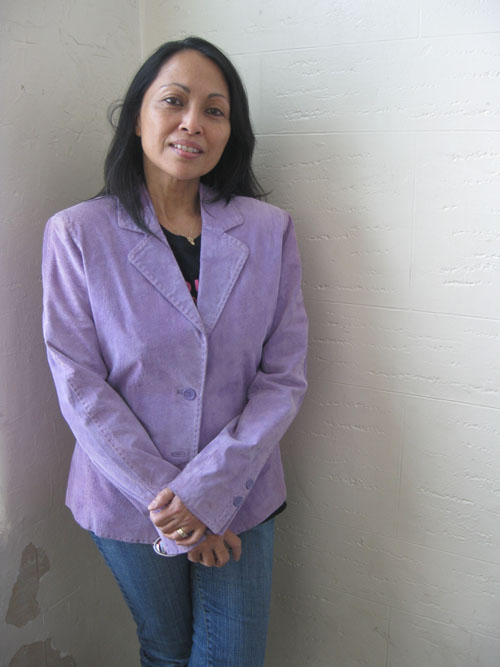 Photo by Nancy A. Ruhling
Suzi hopes to get into the voiceover business.

“In my life, I’m most proud of this,” he says, “because it’s the most storied police department in the world.”

The move gave Jeff the opportunity to fulfill his lifelong dream of teaching young children.

Although he had taught courses at six colleges, including the University of Missouri’s prestigious School of Journalism, he had never worked with elementary school youngsters and jumped at the chance to work with special-education students at PS/IS 111Q in Long Island City’s housing projects. 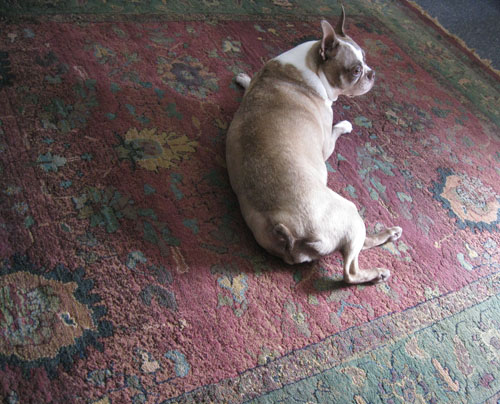 “I spent all my years in the ad business as a young man; I was footloose and fancy free,” says Jeff, who held key positions at Ackerman McQueen and Peck Sims Mueller Advertising. “I had scads of fun, but when I got into management, it was all about profit. I never once went home and said, ‘By God, I made the world a better place.'”

While he was teaching, he earned a second master’s degree from Queens College. “I went to night school,” he says. “I was 60; I didn’t know whether I could do it. I had to take two buses and two subways to get there, and I was having heart trouble, but I was an honors student.”

Teaching has been rewarding, but Jeff decided to retire last month. He’s turning 70, and he wants to be at the beck and call of his Harley, which just recorded 118,000 miles. 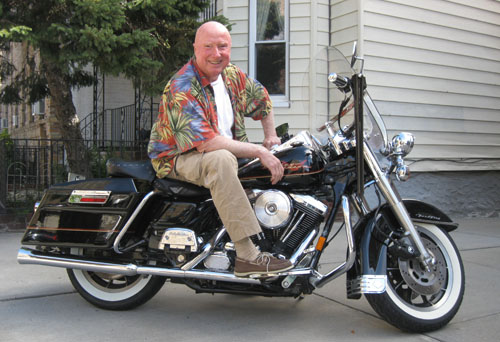 Photo by Nancy A. Ruhling
Jeff is always itching to hit the road on his Harley.

Suzi doesn’t want to give up flying or her flight miles — she and Jeff visit Hawaii frequently — but she’s working on getting into the voiceover business.

They dream of making Hawaii their home again, but even if they stay here, they’ll be happy because they have each other.

“Suzi is the most wonderful thing that ever happened to me,” Jeff says.

“You’re so silly,” Suzi says, gathering the dogs around her.

In September, they celebrated their 13th wedding anniversary. They went to the Bronx Zoo.