There are eight fresh-baked cupcakes on the metal stand. Anastasia Cunningham is crowning each with a snowflake star smothered in shiny sugar sprinkles. 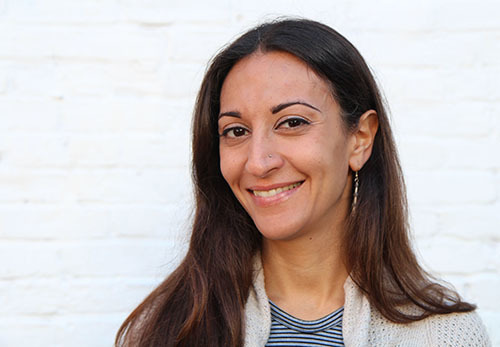 Photo by Nancy A. Ruhling
Anastasia’s an entrepreneur.

Like a jeweler setting a diamond, she centers each star and gently eases it into the swirl of soft icing, where it must lie not too low or too high but just right to make its aesthetic presence known.

For Anastasia, the cupcakes are simple fare. Her Aloria Cakes and Gourmet Sweets is known for complicated custom orders that are as much decorative dessert as they are edible art.

She’s made celebratory cakes with everything from fondant-icing baby dinosaurs prancing on top to dove-white feathers floating dreamily down their tiers. 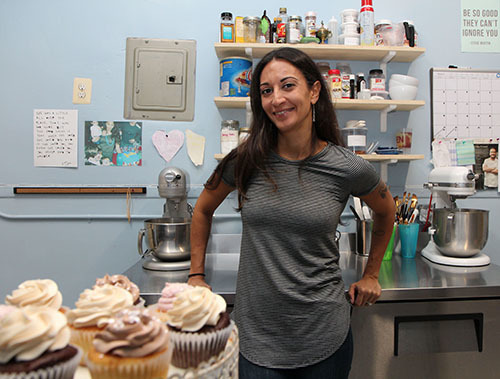 Photo by Nancy A. Ruhling
Anastasia’s Aloria Cakes is on Astoria Boulevard.

Anastasia, a spirited woman who believes ‘”no” means “go for it,” has never taken a cooking class, but she has been baking ever since she was a child.

She was born in Astoria, but her parents, Greek immigrants, moved to Athens when she was 3.

It was there that, at age 7, she learned to make the traditional deep-fried honey rolls called thiples.

“You don’t see them here,” she says. “The word means ‘folded dough’ in Greek. Maybe I should start making them.”

By the time the family returned to Astoria, Anastasia was 10 and quite accomplished in the kitchen. 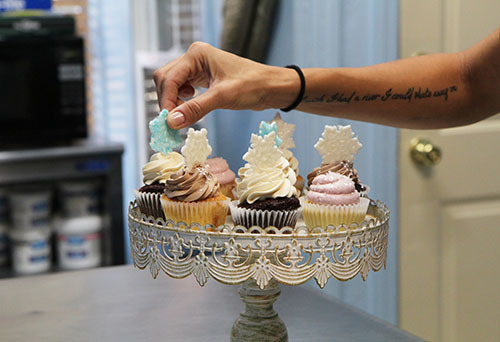 Photo by Nancy A. Ruhling
Even adding the star tops is an act of art.

When she was ready for college, Anastasia was more interested in Broadway than baking.

“My father was a singer, and I wanted to do it, too,” she says. “He didn’t want me to live that life and when I told him my plans, he said, ‘Absolutely not.’”

Anastasia listened and instead got a degree in communications arts from St. John’s University. 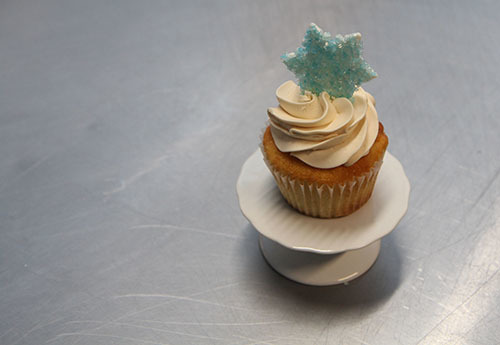 Photo by Nancy A. Ruhling
Her baked goods have all-natural ingredients.

“I left college nine credits short when my dad died,” she says. “I took a job in marketing, and I didn’t finish my degree until five years ago. I took out a $10,000 loan to do it. I always tell people it’s never too late.”

After she got married at 25, to a man she met through a friend when she was at St. John’s, she took a job at Crate & Barrel.

“I have three children, and I stayed there seven years until the birth of my second one,” she says. “I don’t define myself by motherhood, but I didn’t mind staying at home. I love to cook and clean.” 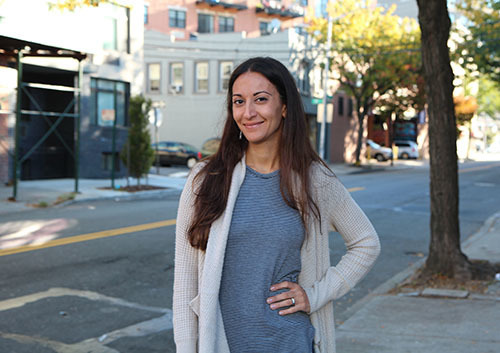 Photo by Nancy A. .Ruhling
She started out baking birthday cakes for her children.

Each year, she marked the birthdays of her children – 11-year-old Alexander, 7-year-old Sofia and 4-year-old Victoria — with creative cakes.

“A couple of years ago, I started doing fondant icing, and each cake got more intricate,” she says. “Family and friends began encouraging me, so I posted some pictures on Facebook.”

Aloria opened on Astoria Boulevard at 14th Street in June 2015. 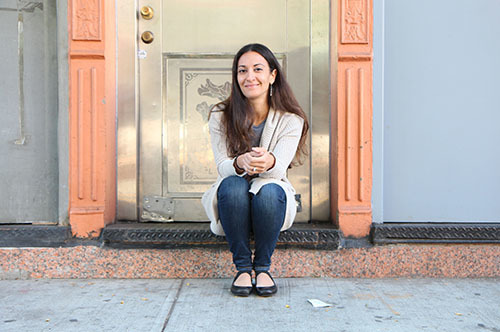 Photo by Nancy A. Ruhling
She wants to keep her business small.

“I named it after my children,” she says. “I took the letters of their names and jumbled them until I got a word that worked. I thought it was appropriate since they inspired me to start the business.”

The space, which at various times had been a souvlaki shop, a bank, a massage parlor and an apartment, is as utilitarian as Aloria’s cakes are opulent.

There’s a Dumpster outside the prison-grey wooden door, and there’s no sign to announce it. Inside, there are one commercial oven and two mixers. 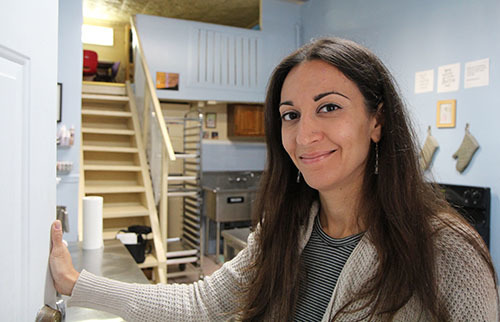 Photo by Nancy A. Ruhling
Her cakes take six to 18 hours to create.

“I’m not a pastry chef,” Anastasia says emphatically. “I’m a baker. I make things by hand in small batches, and I use real butter, eggs, chocolate and sugar. Each cake takes six to 18 hours to make.”

In addition to the cakes, which are made to order, Anastasia makes cupcakes, muffins and biscotti as well as energy balls, date bars and granola.

The sweets are sold at 60 Beans on Ditmars Boulevard, and the healthy treats are available at Simply Fit on Astoria Boulevard.

“I use my own recipes, including the Greek ones I learned as a child,” she says. “I make the same things for my family.” 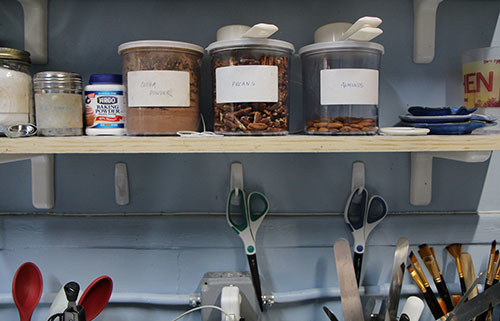 Photo by Nancy A. Ruhling
She supplies local shops with cupcakes, muffins and biscotti.

The cookbooks stacked on the counter are for reference.

“Mostly, I use them as weights for my cakes after I have cut and filled them,” she says. “The expansion and contraction of the sponge creates air bubbles that will show through the fondant, so I wrap the cakes in plastic and use the books to weigh them down in the refrigerator for a few hours.”

Generally, Anastasia is at the shop when the children are at school. (Last year, she brought Victoria with her and created a playroom for her in the loft.)

But there have been times when she’s worked past midnight or even through the night. 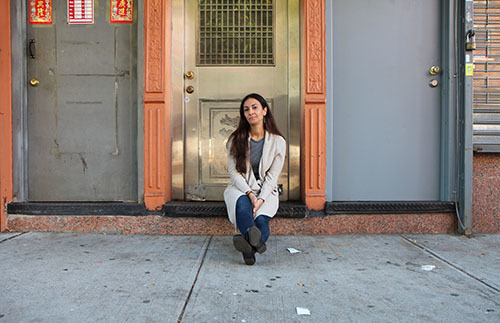 Photo by Nancy A. Ruhling
She bakes three to four cakes a week.

Right now, Anastasia’s a one-woman show, doing everything from designing the cakes to delivering them in her 2007 black Kia Sedona minivan.

“I make three to four cakes a week,” she says. “My goal is five. I’d like to hire someone to help, especially with the cleaning.”

She rearranges the cupcakes on the tray until she deems they are in perfect order.

“I want to remain a specialty bakery,” she says. “I have no interest in becoming a gigantic business.”