There’s a fly buzzing around the office. Instead of trying to swat it, Gil Bloom, president of Standard Pest Management, watches in wonder as it wings its way his way.

Although Gil makes his living ridding the world of the creepy crawlers that give us the creeps and the shrieks, he’s in awe of them. 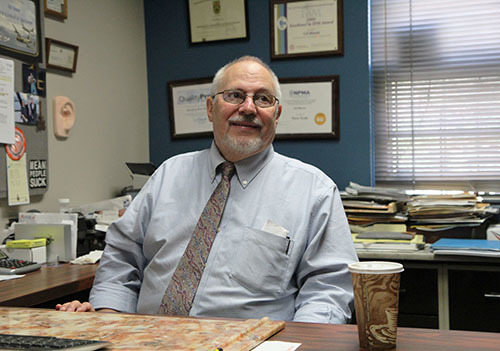 Photo by Nancy A. Ruhling
Gil’s the president of Standard Pest Management.

“The insects and rodents that we consider pests are industrious, efficient and creative because they have the ability and tenacity to evolve and survive,” he says. “Bedbugs, for instance, are admirable because they found a niche and filled it.”

In addition to bedbugs, Gil, a certified entomologist, thinks booklice, ghost ants and even American cockroaches and rats are cool.

“The only pests I dislike are the two-legged kind,” he says. “People can be the biggest pests.”

It’s because he has spent so much time around pests of the insect and rodent persuasion that he likes them so much. 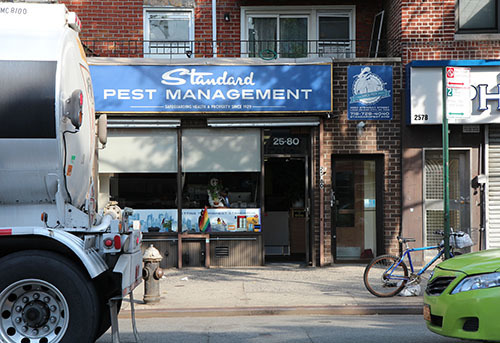 Standard Pest Management, arguably the oldest continuously run pest control company in New York City, was started by his grandfather in 1929. His father joined the team in 1962, and Gil started helping out when he was 10.

“I filled cans with insecticides and labeled them,” he says. “I also mixed rodent bait. And I went with my dad when he used the fog machine to smoke out mosquitoes.”

It wasn’t until Gil discovered the scientific side of the business that he decided to make a career of it. After college, he got licensed. By that time, Standard Pest had moved to its present Steinway Street location, site of the legendary Loew’s Triboro Theatre.

In the beginning, Gil went on house calls, treating spaces as diverse as subway tunnels and penthouses.

“Pest control is based on science,” he says. “You have to know the life cycles and lifestyles of each pest. You can’t anthropomorphize them.”

And, he adds, you have to think like a pest. 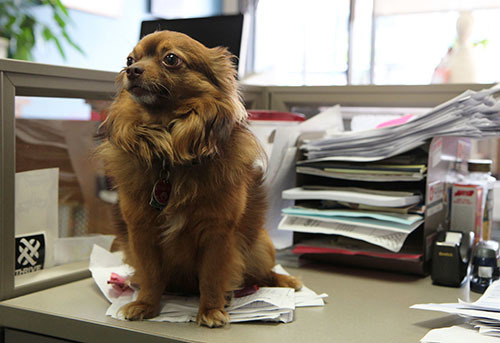 Photo by Nancy A. Ruhling
The only thing Kodiak, the office mascot, knows how to sniff for is food.

“There’s this myth that bats eat mosquitoes,” he says. “But why would they eat a skinny mosquito when they can make a much meatier meal of a beetle by expending the same amount of energy?”

He likes to tell the story of The Case of the Mistaken Identity.

An art-packing company had what it thought was an infestation of wood-boring beetles.

From scene samples, Gill quickly determined that the problem was phorid flies, which feed on garbage, but he could not find out where they were flying from.

The trail ultimately led to a crate that everyone assured him was empty. But when he looked inside, he discovered bags full of garbage from the office Christmas party.

He solved The Case of the Comical Chirping Crickets after a spate of apartment dwellers called to report they could hear the vocal insects. 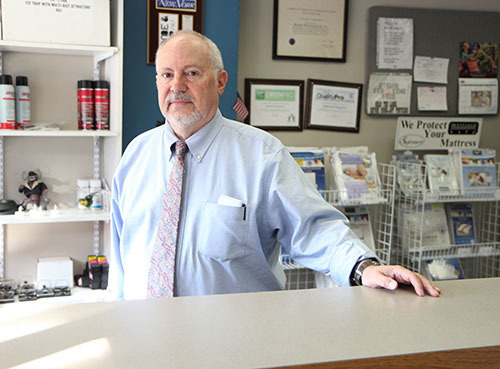 Photo by Nancy A. Ruhling
Gil started helping out at age 10.

“This was about a year and a half after the city mandated smoke detectors, and the batteries were starting to go,” he says, shaking his head in disbelief. “Many of these were installed in closets or packed away, unopened in their original boxes. It was they, not crickets, that were chirping.”

If pests have had to evolve to survive, so has Standard Pest Management. In the old days, when the term exterminator was employed, solutions simply addressed the symptoms and let the causes take care of themselves.

Now, practitioners are pro-active and do everything from tracking the pests and collecting data via iPhones to closing up the holes that the insects and vermin are inhabiting. 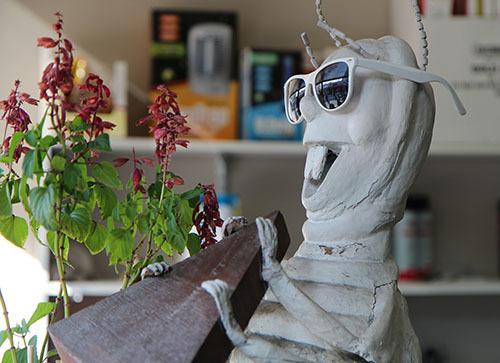 Photo by Nancy A. Ruhling
What you don’t want to see in your house.

And Gil, who is white-haired and 60, spends most of his time filling out paperwork (it’s a heavily regulated industry), teaching and training.

Standard Pest Management’s 23 employees include Gil’s sons Josh and Dan, who may or may not secure its future until it celebrates its centennial. 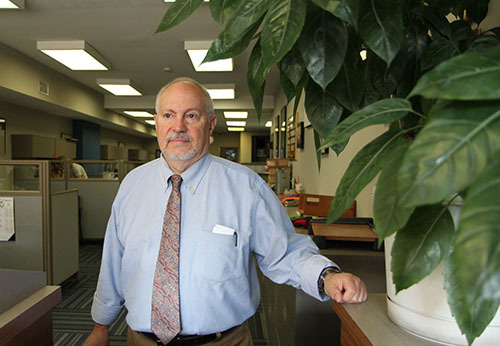 Photo by Nancy A. Ruhling
Gil’s hoping Standard Pest makes it to 100.

Standard Pest Management, he says, will either continue as it is or will be sold to a larger company.

“We get offers all the time,” he says.

He looks around and notices that the fly is gone. It probably flew out the same way it came in – through the front door, which he had opened because it was such a nice day.