Wearing silver mitts that stretch to her elbows, Andrea Prunella pulls a tray of peppermint chocolate cookies out of the oven and brings them to the front counter, where they warm themselves under heating lamps like newborn chicks. 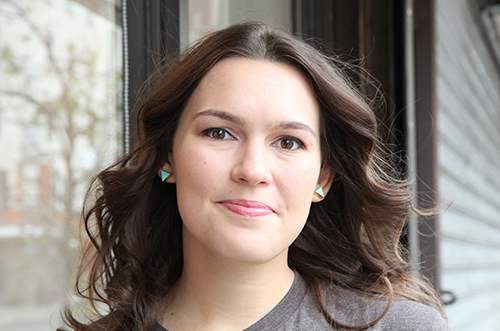 “It’s the crushed candy canes in the dough that make them so special,” she says.

Their sweet scent fills the air, bringing a bit of home-for-the-holidays cheer to Chip NYC’s Ditmars shop — the bite-size place on 33rd Street near where The Souvlaki Lady parks her cart.

Andrea, a partner in Chip NYC, is the company’s pastry chef.

It was she who created the recipes for the delicious cookies (OGM, you must try the blueberry cheesecake and the s’mores and the pecan pie and the pumpkin spice latte) that have kept people lining up around the block since the first store opened in the summer of 2017. 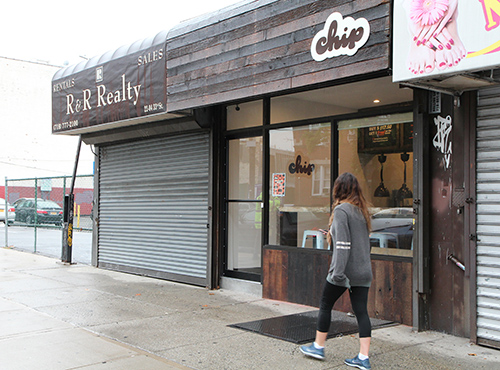 “The owners asked me to create huge, five-ounce cookies that were crunchy on the outside and gooey on the inside,” she says. “They also wanted flavors that evoke memories of childhood.”

Andrea’s 24; remembering her childhood, which is when she got the baking bug, was as simple as her oatmeal apple pie cookies.

Born and raised in Douglaston, Andrea, who has cascading curls and an infectious smile, started working in the food industry when she was 16. 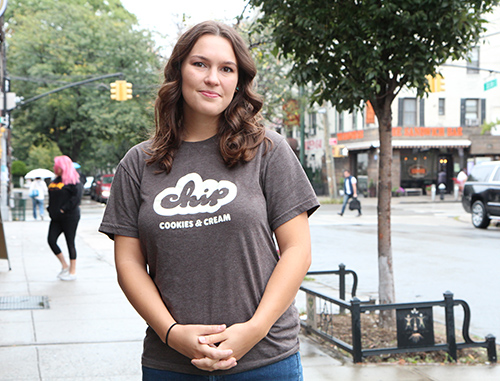 Andrea began working in the food industry when she was 16.

“My older brother’s best friend was the owner of M. Wells Diner in Long Island City,” she says. “I worked there after school for free for about a year doing food and pastry prep.”

She found the fast pace exciting.

“I fell in love with it,” she says. “The creativity was the draw. It allowed me to exercise that part of my brain, and it was a challenge to move to the fullest every day.”

She spent two years at the Culinary Institute of America in Hyde Park earning an associate’s degree in baking. For about a year, she worked in a Manhattan specialty cake shop. 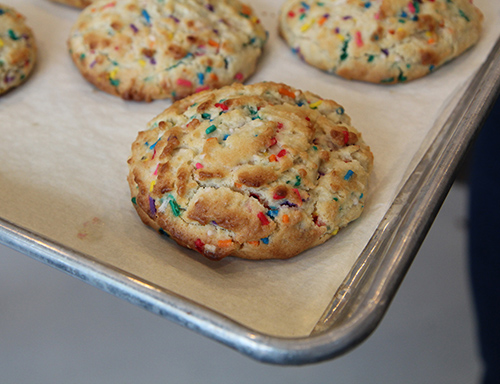 “Cake decorating was my weakest skill coming out of school, so I wanted to perfect my technique,” she says.

Around the time she got it down butter-pat, she moved to San Diego, where she was an executive pastry chef at a bakery café.

“At the time, my boyfriend was in the Marines,” she says. “We came back to Astoria about a year and a half ago, around the same time Chip NYC opened.” 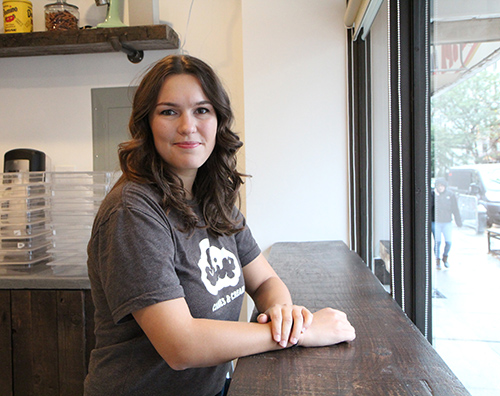 Andrea runs the company’s kitchen, which is where the cookie dough is prepared.

Andrea joined the company a month after the first shop, which is on 34th Street at 30th Avenue, opened.

“This is my dream job,” she says. “We’re all kind of like a family, and as we grow, we want to bring this model of happiness to the entire company.”

She devoted weeks to creating the recipe for success. 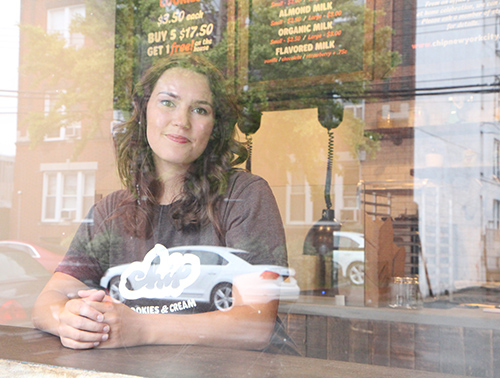 Andrea has a degree in baking from the Culinary Institute of America.

“I did a lot of studying and baking and testing, and I spent thousands of dollars,” she says. “We even closed down for a couple of weeks while I was getting it right.”

“All the flavors are purposeful creations that people love,” she says. 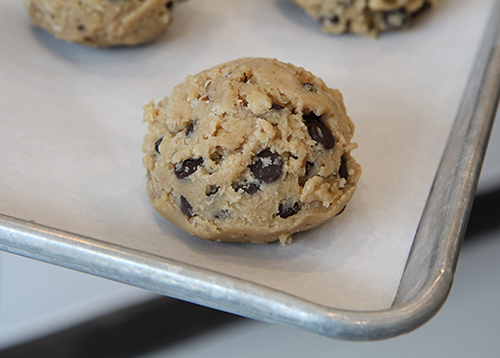 Andrea, who also is the creator of the fun flavors for Chip NYC’s seasonal ice cream shop on 31st Avenue, spends most of her 10- to 12-hour shifts running the company’s wholesale kitchen, where she supervises 10 people.

The cookie dough is produced there and divided into balls that look like scoops of ice cream. The cookies are frozen to lock in the fresh flavor and transported by truck or car to each store for daily baking. 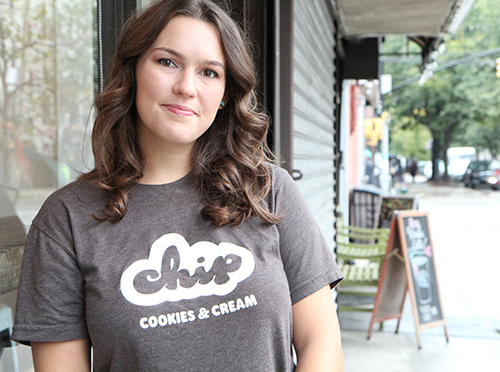 “I read way too much,” she says. “I go through three or four novels a week. I don’t sleep all that much – maybe five or six hours a night.”

In the coming months, she’s likely to be spending a lot less time in bed: Chip NYC is opening a shop in Long Island City and one in the Village.

With her busy schedule, Andrea doesn’t have much time to think about what tomorrow will bring. 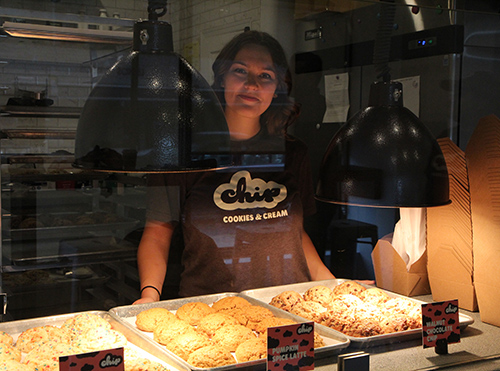 Andrea says everyone at Chip NYC is like family.

But between cookies, she has considered opening a bed and breakfast upstate. She hastens to add that this is her idea of a relaxing retirement plan.

Then again, it could just be a sweet dream – she has decades to decide.

“Chip is the only future I can see now,” she says as she packs up a box of cookies. “I want to see where it goes.”