Clare Doyle, candy-apple red hair flitting about in the breeze, is standing on Shore Road in Astoria Park watching the water wave to her.

It’s a gray day; it’s not supposed to rain, but the sky is spitting at the forecast, sending down spritzing mists like a perfume atomizer. 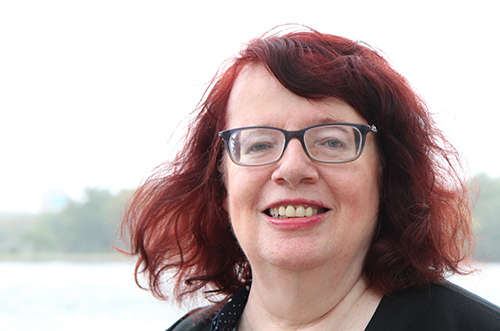 Clare is the vice president of Green Shores NYC.

Clare, the vice president of Green Shores NYC, spends every Saturday and Sunday in Queens parks, sometimes visiting up to a half a dozen per weekend.

In fact, this has been her practice for more than a decade, since the nonprofit that focuses on the East River was founded and she became a volunteer officer.

An Astoria resident since she arrived from Dublin, Ireland in 1989, Clare’s particularly fond of the green spaces in her neighborhood, and given her role with Green Shores NYC, she’s partial to waterfront parks.

Clare, whose parents met when her mother visited relatives in Ireland, was born in Dublin.

They left when her father, a banker, got a job in New York City, which is where her two younger brothers and sister were born.

“We moved back and forth across the Atlantic a couple of times,” she says, a light lilt betraying her origins. “I was 14 when we settled in Dublin.” 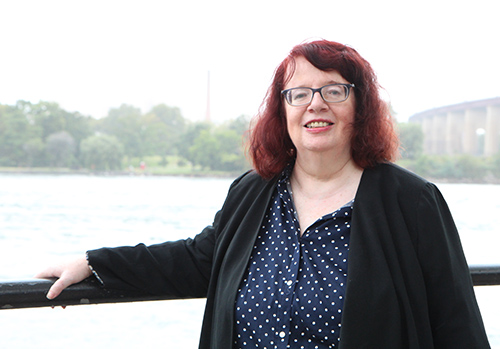 When Clare graduated with a degree in history and archaeology from University College Dublin and couldn’t find a job, she did a very sensible thing: She went back to school and earned a master’s degree in museum studies from the University of Leicester in England.

One of her jobs was with the Newgrange, a prehistoric monument also known as Ireland’s Stonehenge.

Upon graduation, she got a job with the National Museum of Ireland in Dublin. 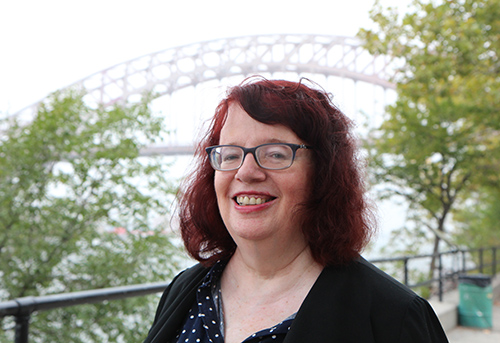 Clare was born in Dublin and spent part of her childhood in New York City.

“The funding for the position was cut,” she says. “So I thought, ‘I need another degree.’”

So she went back to the University College Dublin and studied library and information science.

She was all set to apply for steady employment in that city when a headhunter offered her a job with a library reference publisher called H.W. Wilson in, of all places, the South Bronx.

It was so unexpected that Clare didn’t know what to do. 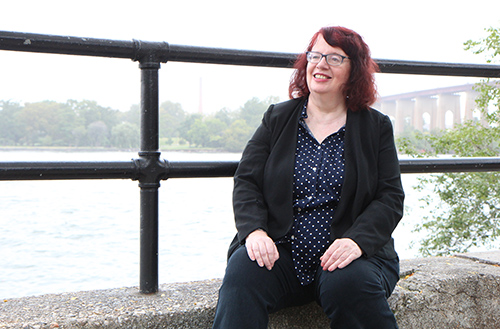 It was a job that brought Clare to America in 1989.

“It was around the same time that Tom Wolfe’s The Bonfire of the Vanities was published,” she says, adding that she read the satirical novel while making her decision. “The South Bronx wasn’t the safest place.”

She asked her brother, who lived in Astoria, to check out the office, and when he gave a positive report (the building was secure, he assured her, and bus transportation was nearby), she decided to give it a go.

“Fate seemed to be calling me,” she says, “and I’ve been here ever since.”

Her first apartment was near Astoria Park, and since she didn’t know anybody but her brother, she spent a lot of free time walking through its green paths. Along the way, she wondered what she could do to give back to the community. 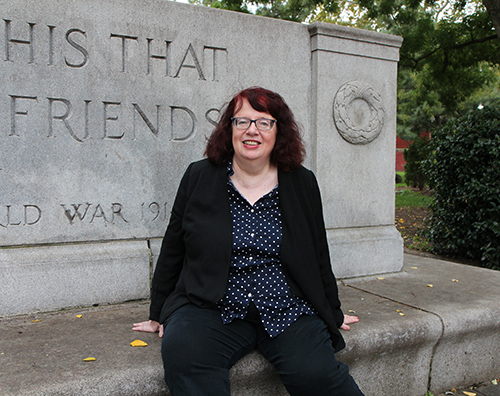 She learned to give back while attending a Quaker elementary school.

“I had gone to a Quaker elementary school in Dublin,” she says. “It instilled in me the idea of service to justify the space you are taking up on the earth. When I came to New York, I was looking for a cause to get involved in. I wanted to do something that would help the environment.”

Clare, who speaks while sipping cold tea from a plastic water bottle she decided to put to re-use instead of discarding, didn’t have to look hard or long to find something to spark her interest: A newly formed recycling group, ARROW, was calling for volunteers.

“Recycling in New York City was a new concept then,” she says, adding that Queens and Brooklyn didn’t get curbside recycling until 1993, when the program became citywide. “We raised consciousness on the issue, and I worked at the recycling center, taking in the recyclables.”

After city’s curbside recycling program made it obsolete, the group reinvented itself as a grower of community gardens. It ended up establishing a community center, with, of course, a garden, on 35th Street at 35th Avenue before gradually disbanding around 2010. 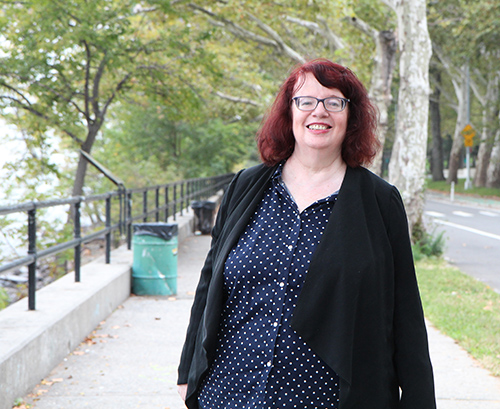 Clare writes a blog for the Old Astoria Neighborhood Association.

“Open space is precious,” she says. “You have to fight for it.”

It was only natural that Clare would channel her energy toward the waterfront, and by 2005, she was working with The Astoria Long Island City Catalyst Project of Partnership for Parks, which after another name change established itself as Green Shores NYC.

“Everything I’ve done is related,” she says. 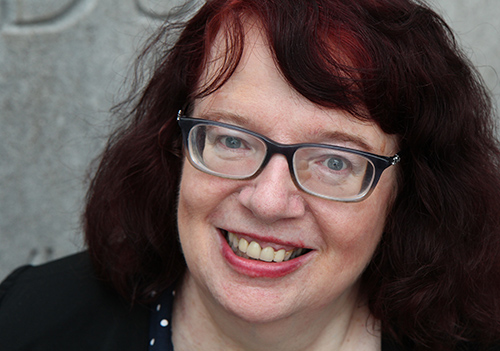 When she retires, she wants to become a full-time volunteer.

The plastic bottles like the one she’s drinking from, for instance, don’t end up in the water if they are recycled.

“At Green Shores, we developed a comprehensive vision of the Queens waterfront for Astoria and Long Island City,” she says. “And we pioneered the idea of listening sessions to get opinions from members of the public.”

In 2011, when the South Bronx company that employed Clare was bought out, she turned to freelance writing and editing before landing a job in 2014 with the American Council of Learned Societies, a private nonprofit federation of 75 scholarly organizations in the humanities and related social sciences. 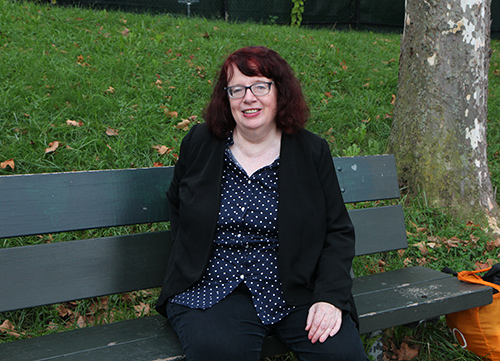 Clare is involved with its collection of e-books.

In addition to her work for Green Shores NYC, Clare is a volunteer blogger for the Old Astoria Neighborhood Association, which she joined in 2016.

Although Clare’s volunteer schedule is full, she wishes she could clone herself so she could do more.

“There are so many rewards to being a volunteer, and you meet so many people,” she says. For the record, she loves to watch tennis matches  — she typically attends the U.S. Open — and read mysteries and biographies on her Kindle.

Clare, who is 58, doesn’t know whether she will spend her retirement in Astoria or Dublin.

But she does know that she’ll become a full-time volunteer. She already has a list of projects she wants to be involved with.

“I’m interested in studying accessibility for parks,” she says. “It goes far beyond wheelchair ramps. How do people with disabilities even get to the parks? And what do we offer for people who have lost their hearing or eyesight? You have to think about things like signage and activities for all kinds of people.”