Saneun Hwang rummages through her tote bag until she finds a thick white book.

She places it on the coffee table and begins flipping through its image-heavy pages, which she likens to birds’ wings flying freely through the sky. 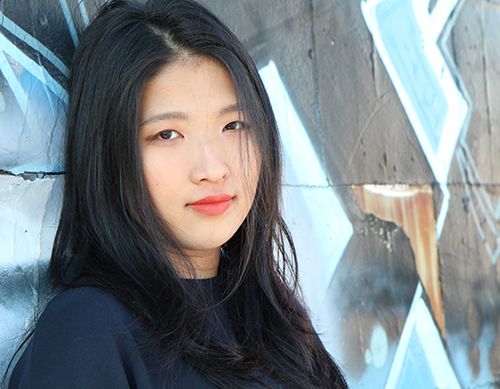 Saneun is from South Korea.

There is a story – her story – behind the tome she has titled Zip; in fact, it will tell you pretty much everything you want and need to know about who she is.

Saneun, who is from Seoul, South Korea, made the so-called artist book while she was a student at the School of Visual Arts in Manhattan.

She graduated in 2017 and since then has been trying to figure out the next chapter in her life.

Her progress has been stymied through no fault of her own: She can’t really make any decisions until she finds out whether the U.S. government will extend her visa and allow her to stay here. 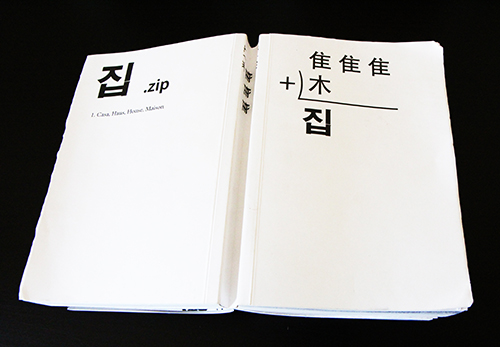 The waiting, which led to her giving up her apartment and taking up temporary quarters, is frightening and stressful.

So it is to art that she turns to make the time pass quicker and calmer.

Zip, an artful arrangement of archival photos from the files of the New York Public Library, MoMA and the Cooper Hewitt, is about Saneun’s personal past in Seoul. 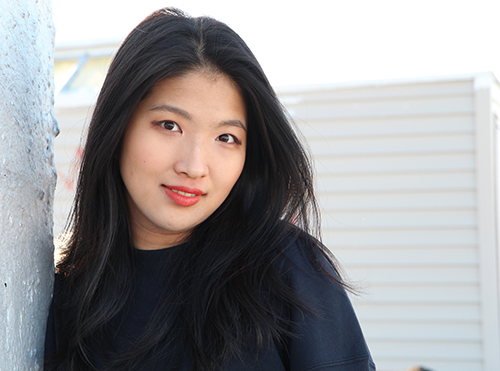 Saneun came to New York to go to the School of Visual Arts.

It also is about a universal present that critiques the kind of urban development that Saneun, who was raised in a 32-story building, is a product of.

“Zip can mean many things,” she says. “It can be a U.S. ZIP Code or a zip file that signifies the compression of data, or in the case of a big city, people. It’s also the Korean word for house or home, and in Chinese it means a collection of things.”

Saneun’s a patient person – it took her a year to create Zip and nearly all her life to finally admit to herself that she wanted to become an artist. 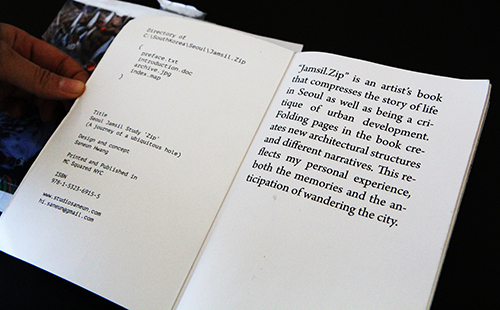 “I was always drawing and painting,” she says. “My mother told me that when I was in grade school I declared that I wanted to be an artist.”

Although she took after-school art classes in elementary school, she didn’t pursue them.

“My parents and older brother were not into art,” she says. “And there’s a conservative culture in South Korea. When I was in middle school, I told the teacher, ‘I don’t want to make art; I want to make money.’” 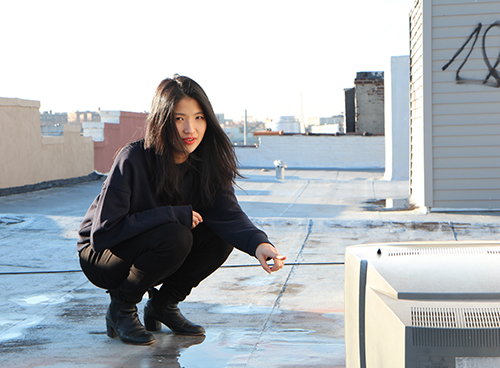 College in Korea didn’t work out for her.

Her focus declared, she studied English and math, subjects that she figured would get her jobs.

“I went for mediocrity like my friends,” she says, a touch of disappointment in her voice.

Even so, when it came time to choose SAT subjects, Saneun went with world geography, world history and Korean history.

“Nobody else in my school was studying those subjects,” she says. “I just couldn’t do the popular ones like finance. If there’s something I don’t like, I can’t do it. I have to follow my heart.” 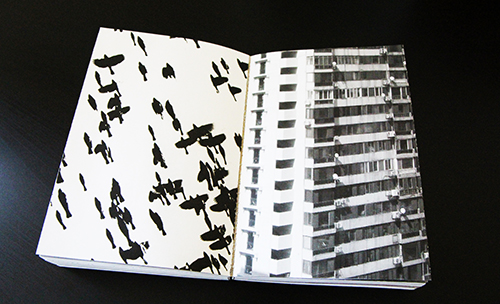 Saneun aced the tests, a feat that won her admission to the type of colleges she had no interest in attending.

Enroll she did, and with good intentions. But after two years, she decided to take a break. 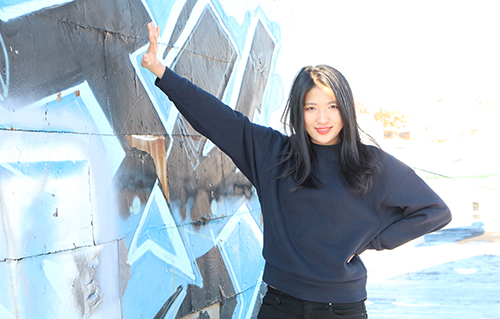 She’s waiting to find out whether her visa will be extended.

And, she adds, a new outlook on her career.

“It was the first time I had been exposed to real art,” she says. “I was mesmerized by the rich culture of the museum and art gallery worlds. And it was the first time that I realized that everyday objects – even ones as simple as London’s maps of the Tube – could be beautiful.”

So she set her sights on art school. 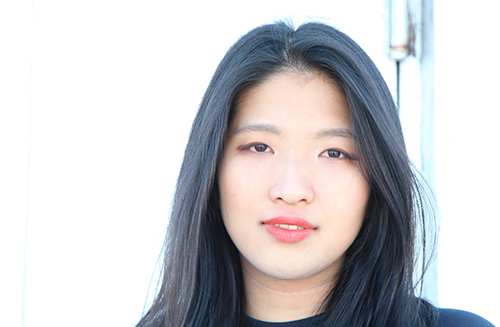 She’d like to stay in New York, her city of inspiration.

“I really wanted to study in New York City,” she says, “because it’s the mecca of the art world.”

At the School of Visual Arts, she started out as a graphic design/advertising major, which she considered a practical choice.

But after a year, she indulged herself and switched to fine art, which is where she was introduced to the concept of the artist book. 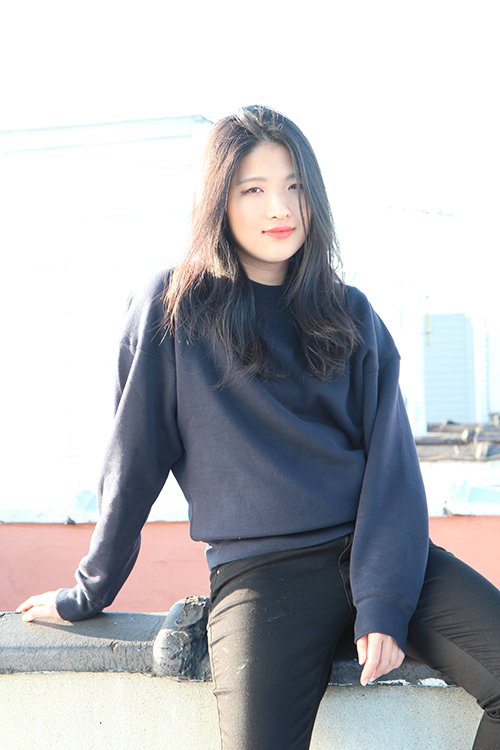 She found the genre appealing because “it’s not designed to hang on a wall where only select people can see it. It’s tactile and tangible and connects with the viewer, who can see and feel its beauty. It is art that can be widely spread around.”

Saneun recently had Zip published and is working on a second volume that will incorporate street photography and is designed to encourage the viewer to interact with it.

While she’s working on that, she’s doing shifts in an art gallery and a burger restaurant and creating graphic design projects for a small roster of clients. 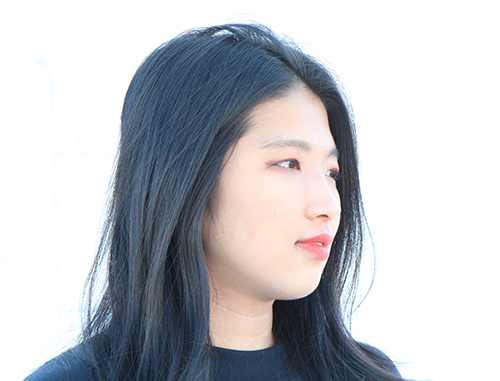 If not New York, Saneun will try London or even Amsterdam.

What’s she’s doing mostly, though, is nervously awaiting word on her visa.

Saneun doesn’t want to leave New York City, where she gets her ideas and inspiration.

“I don’t see myself living in Korea,” she says. “I could see myself in London.”

Or, she adds, in Amsterdam.