It happened a little more than two years ago, but Allen Schulz says it seems more like a lifetime.

In March 2014, he was in Pittsburgh to see a performance of his latest composition, 3 Phantasies, a 15-minute work for cello and piano. 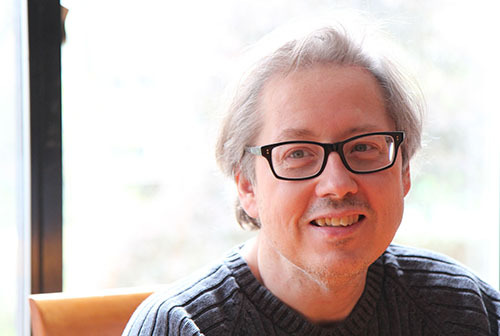 Photo by Nancy A. Ruhling
Allen’s a composer.

It was doubly exciting because Allen’s friend had played the cello part to perfection.

To celebrate, they went out to dinner.

As they were standing in a dark alley chatting afterward, Allen suddenly clutched his chest and fell to the ground.

Before an ambulance could be summoned, a pair of strangers appeared, seemingly from nowhere, and performed life-saving CPR. In the confusion, they disappeared. 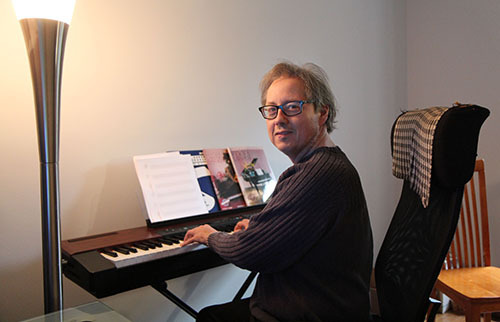 Photo by Nancy A. Ruhling
He was in a coma for five weeks.

Allen, whose soft voice is as fragile as glass, tells the story without emotion, as if it happened to someone else. In his mind, it may as well have because he doesn’t remember any of the events of that night. He’s merely repeating what others on the scene have told him transpired.

For the five weeks Allen was in a coma after his cardiac arrest, the doctors didn’t think he’d make it. 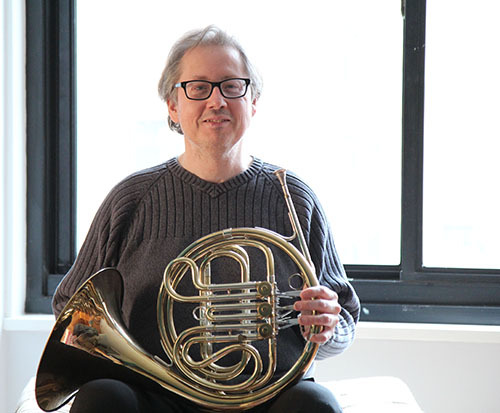 As he speaks, his partner, Rebecca Bratspies, a professor at CUNY School of Law, sits in the background, occasionally prompting his memory.

In the intervening time, Allen has made incredible progress. Two years ago, the composer couldn’t see, walk, think or remember or take care of his basic needs. Now, he’s pretty much independent, which means he can get himself to his daily therapy sessions without help.

“Rebecca has been my life raft,” he says. 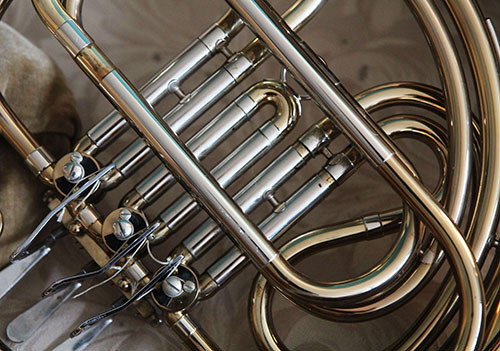 Photo by Nancy A. Ruhling
He’s relearning music — and everything else.

Allen’s attack occurred at the pinnacle of his career. A native of Indianapolis, Indiana, and the great-grandson of Chicago jazzman Ollie Powers, Allen took to music in grade school, first playing the trumpet then the French horn.

“The band teacher needed someone to play the French horn, so I switched,” he says. “He was surprised at how good I was at it.”

Through the years, Allen learned to play other instruments, including the guitar and piano.

“I can’t say I mastered them, but I am good enough to compose for them,” he says. “My main instrument is my voice; I’m a singer.”

At Wabash College, Yale University and Brooklyn College, Allen studied music composition. He financed his compositions by working as a consulting editor for G. Schirmer Music Publisher, a position he held until his illness.

His musical immersion led him to found the composers/performers’ collective Random Access Music and the Queens New Music Festival.

In retrospect, Allen says, he shouldn’t have been surprised that he almost left this Earth so early. 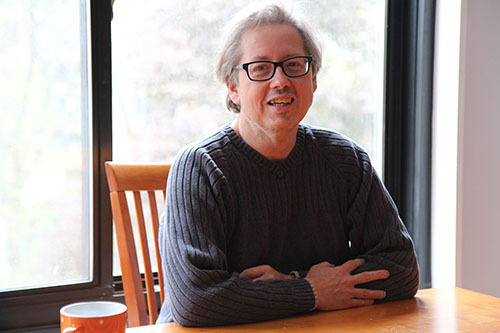 Photo by Nancy A. Ruhling
He’s in therapy every day.

Allen also suffered a minor heart attack in 2011. He had another incident recently, diagnosed as atrial fibrillation, which required an overnight stay in the hospital.

Allen’s still trying to put the pieces together. He’d like to find the two men who worked on him in that dark alley so he can thank them, and he’d like to get back to his music. 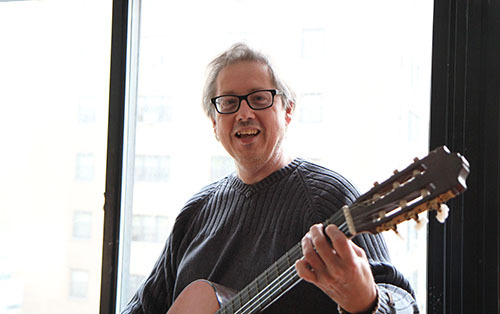 Photo by Nancy A. Ruhling
Allen’s the founder of the Queens New Music Festival.

Recently, he tried to play the French horn, which he brings out of its black case and holds reverently in his lap, but his lips were too winded to bring life to its twined tubes. The keyboard has proved easier; he’s advanced to scales.

Allen knows he still has a long way to go, but he’s prepared for the struggle. 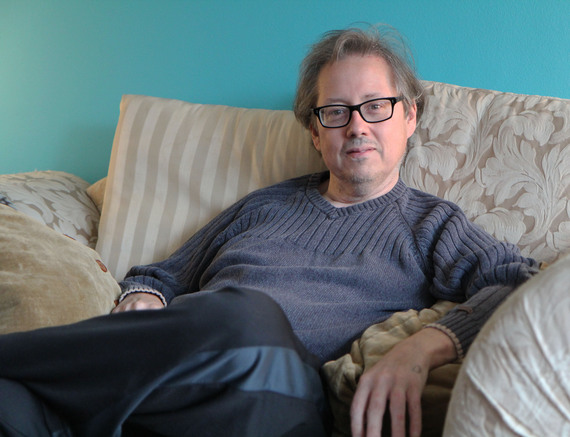 Photo by Nancy A. Ruhling
Allen is working to make a full recovery.

He’s also realistic. Before the coma, he was a marathon runner. Now, he’d be happy just to sprint around the block.

“My story is one of recovery,” he says, his grey eyes lighting up behind his horn-rims. “I hope to totally recover. There’s still work for me to do.”

Reluctantly, he puts the French horn away.