To go up to Apt. 30, you have to go down. Through a menacing steel door, apartment-building brown, and down a set of stairs that look as though they ran away from a fire escape when they were little rungs and planted themselves in the pavement.

And this giant who’s posing, cigarette ash dripping on the concrete like a fizzing fountain. He’s in furred suede moccasins, stick-to-the-skin jeans, a striped hoodie and a charcoal fringed scarf that reaches a mile down to his shins. On his head, there’s a vintage royal-blue military hat. He looks as though he were cut out from the pages of Vogue. 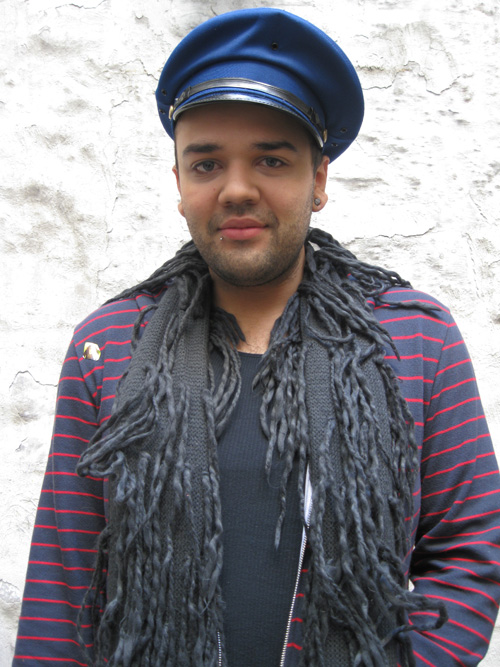 Photo by Nancy A. Ruhling
Paris is a regular on the club circuit.

Paris Roman, that’s what he’s been calling himself lately. Justin Roman, the name on his birth certificate, well, that was just too ordinary, but nobody, make that nobody, ever forgets a 6-foot-4 dude named Paris, especially when he’s standing on stilettos.

“Why Paris? It’s one of my favorite cities,” he says, leading the way to the cavernous, ground-floor apartment he shares with his grandmother, parents, younger brother and sister and a white and brown floppy-eared bunny whose name he changed from Dude to Dudet when it turned out that he is a she.

He says goodbye to his mother, who is going to work. She still calls him Justin, sometimes switching to Paris to make him happy, even though it causes her grief.

His “humble abode,” where his family has lived ever since he was a few months old, has three bedrooms hidden behind the drapes in the living room, where a chess set is set up in the corner.

“My dad taught me to play,” he says. “In our family, he’s still the best player.”

Paris has had a hard day’s night. As usual, he was out clubbing in Manhattan, and he didn’t make it home until it was time to wake up anyway, so he’s starting his day with a drink — of water. He’s crammed into the leather sofa sucking it out of a plastic mug shaped like a human skull. 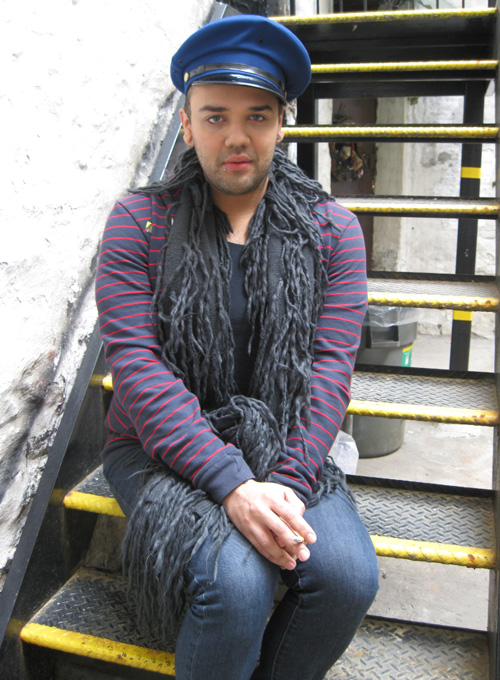 Photo by Nancy A. Ruhling
In Paris’ world, the pose is paramount.

For Paris, aka the Clubbing Queen from Queens, it’s not all play.

During the day, he’s a teller in an Astoria bank, and at night, he’s an usher at the Ethel Barrymore Theatre in Manhattan. In between, he’s sometimes studying at the Fashion Institute of Technology. Just talking about these things bores him.

“Yes, I’m clubbing Wednesdays through Saturdays,” he says. “And on Mondays and Tuesdays, too, if there’s something interesting going on. I’d like it to be less, but… “

Partying is Paris’ play to escape reality. It’s easy for him to slip behind the velvet rope. He always knows somebody who knows somebody, who, well you get the idea. The clubs love him; he’s cool. He doesn’t dance with a lampshade on his head. He takes off his pants.

“It’s my signature move — I come out wearing only my top, shoes and underwear,” he says.

Paris just turned 22, and he started this club thing only two years ago. “You can get away with a lot when you’re underage,” he says wistfully. 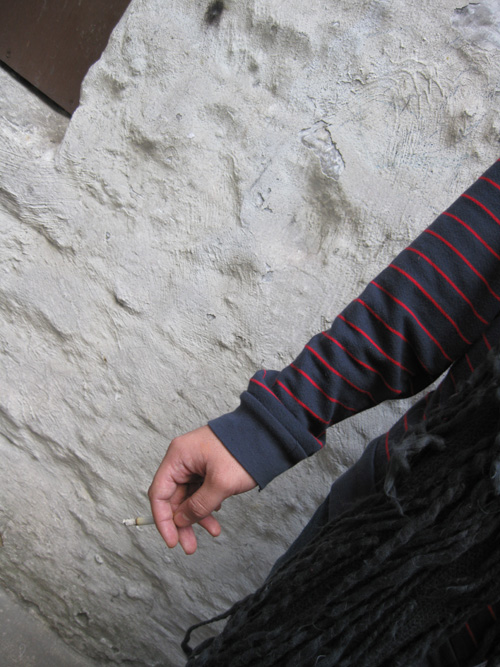 Photo by Nancy A. Ruhling
The cigarettes? Paris says they suck.

He was going to Marymount Manhattan College on the Upper East Side, and his roommate taught him to drink, smoke and stay out until all hours.

“It was the greatest year of my life,” he exclaims. “When I went to the Frank Sinatra School of the Arts High School, which I really loved, I never did any of those things. I was a really popular kid, and I had beautiful grades.”

It was all good. Except the smoking. “That sucks,” he says.

The outrageous outfits, well, he started putting those together around the time he came teetering out of the closet in high heels.

“I was 18,” he says. “I was always flamboyant, so my parents always kind of knew. When I told them I was gay, they said OK. We’re a close family, and they’re very supportive.”

He really got his act together when Lady Gaga made it big. “I knew her when her hair was brown and she was Stefani Joanne Angelina Germanotta,” he says. “I used to see her at clubs.” 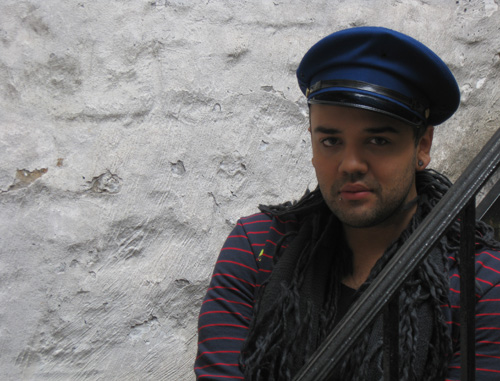 Photo by Nancy A. Ruhling
Paris sees clubbing as a way of life.

So when she played Madison Square Garden in July, Paris got all dolled up, too. Six-inch heels, leather jacket with linebacker shoulder pads, leather underwear, everything covered with tiny, shiny disco balls.

“I couldn’t walk in the heels; I had to have my mother drive me,” he says. “Since then, I’ve practiced in a pair of seven-inchers, and I’ve totally mastered them. I wore them in the Gay Pride Parade.”

Paris takes pride in being a “walking attraction,” and MTV and the New Yorker ran to cover him when he went ga-ga over Gaga. He still gets thrilled when he talks about it.

Some day, Paris would like to be a jewelry designer, which he thinks could be as fun as clubbing. “Design is my way of expression,” he says. “My jewelry will be my way of telling my story, the story I want to leave in life.”

He also envisions getting more involved in gay rights issues.

A “magazine fanatic,” he cuts out photos, creating a clipboard of images of beautiful people, people he’d like to become. 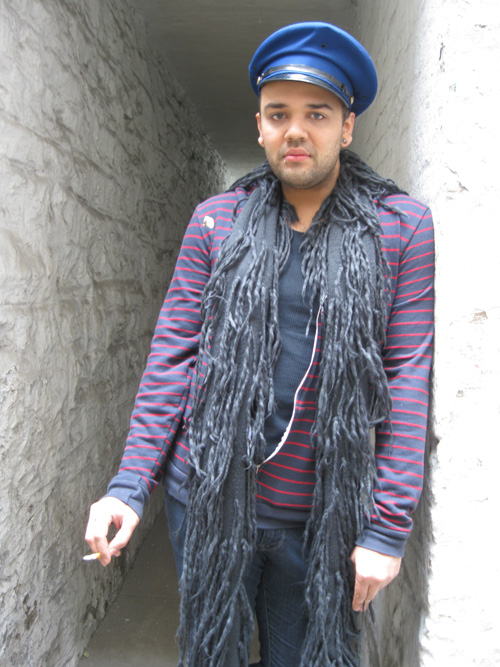 Photo by Nancy A. Ruhling
When the party’s over, Paris wants to be a designer.

And he likes to travel; he’s been to Paris, of course, as well as Stockholm, Munich, Amsterdam and Cannes.

The future? The night is young, and so is he, at least at this moment. He thinks he has too much time to think about that. But right now, there is another, more prescient and pressing matter on his mind.

“I want to get a new pair of high heels,” he says. “The ones I have now are too hookerish. I want a pair of pumps so I can totally rock a suit when I’m standing seven feet tall.”