There’s a Conga by the kitchen table. Tall and handsome, it stands next to a mushroom-shaped dumbek and a gloriously rotund davul.

Richard Khuzami, whose smoldering eyes match his shoe-polish-black hair, has all these drums at his fingertips, yet when he wants to pound home a point, he raps on his shin. Pop, pop, pop; it sounds like a bat smacking a baseball.

Richard’s a lot of things, but he’s no bionic man. He pulls up his jeans, revealing that his lower legs are encased in hard-plastic braces. They make him walk like Oz’s Tin Man after being caught in the rain. 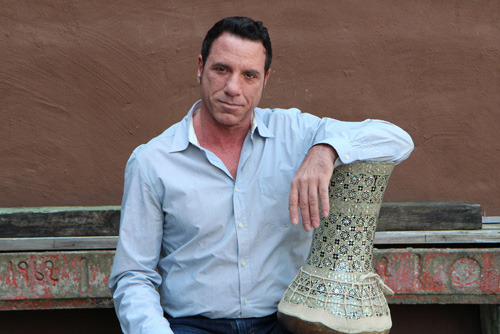 Photo by Nancy A. Ruhling
Richard’s love is world music.

But he’s worn the ankle-to-knee apparatuses so long — has it really been two decades? — that he hardly feels the pain any more. The only time it really makes a difference is when he plays the drums.

He can’t move his feet to operate the drum pedal, and he doesn’t have the stamina to sit through an entire gig. This is a big deal because the drumbeat is Richard’s heartbeat.

When Richard was growing up, in Rochester, New York, music pumped through his veins like blood. 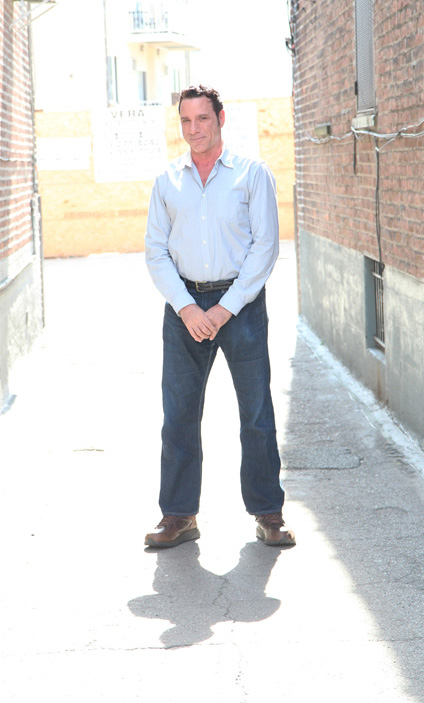 Photo by Nancy A. Ruhling
Richard’s latest CD is Fused.

His father, a Lebanese immigrant, and his mother, an American, were professional dancers whose feet moved to ballroom and Latin beats. Richard got into the act by pounding out sounds on drums he inherited from his uncle. He was 10.

“Drumming naturally fit in my soul,” he says. “It was part of me.”

He followed the beat, and it led him to join blues and jazz bands and to study with Omar Faruk Tekbelik, who turned him on to the art of Middle Eastern percussion. 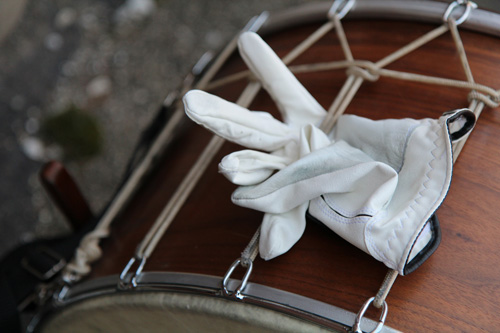 Photo by Nancy A. Ruhling
Richard wears a golf glove when carrying the davul.

“But drumming was never my living,” Richard says, adding that he specializes in playing percussion instruments of the Balkans, Anatolia, the Middle East and North Africa. “I worked in international shipping, traveling all over the world, and played on weekends.”

In the mid-1980s, he moved to New York City — for a job and a chance to be a part of Manhattan’s music scene. For a decade, he worked and played, and it worked out just fine. Then, one day, he fell in the bathroom.

“Nobody found me until the evening,” he says. “It affected the blood flow in my legs, and I have what is called compartment syndrome. I was in rehab for two years, and I’m at the gym five days a week now doing my own rehabbing.” 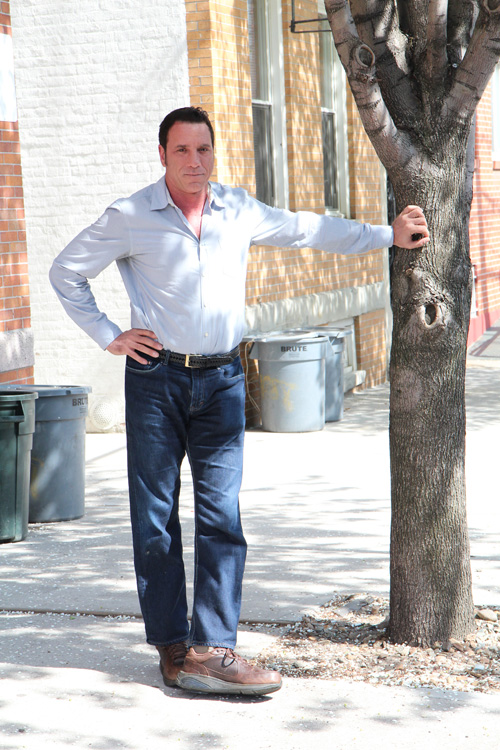 Eventually, it became too difficult for Richard to work, so he retired to devote himself to music and community service. He’s a longtime member of Community Board 1, where he chairs the parks and cultural affairs committee, and he’s a delegate to the Queens General Assembly.

Volunteering to help others is in his DNA.

“My family has a tradition of public service,” he says. “I grew up immersed in its importance.” 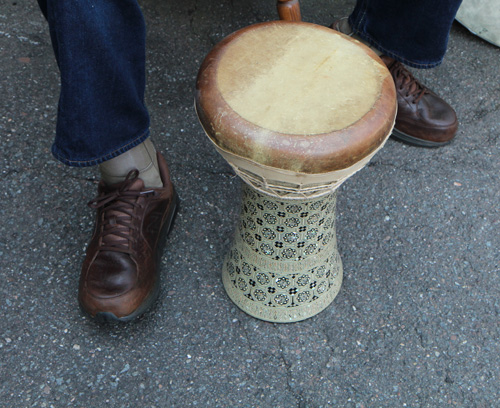 Photo by Nancy A. Ruhling
Richard’s leg braces make it hard to sit through gigs.

Playing the drums — for fun not funds — at community events is a major part of his volunteer work.

“My music has affected people,” he says, “and that’s a wonderful, wonderful gift.”

Richard, who is 60, is getting ready for his next act in life. He spent three years caring for his mother, and her recent death has left him with a lot of time on his hands, which still beat the drums every day. He knows that something new is coming his way, and he’s ready for it. 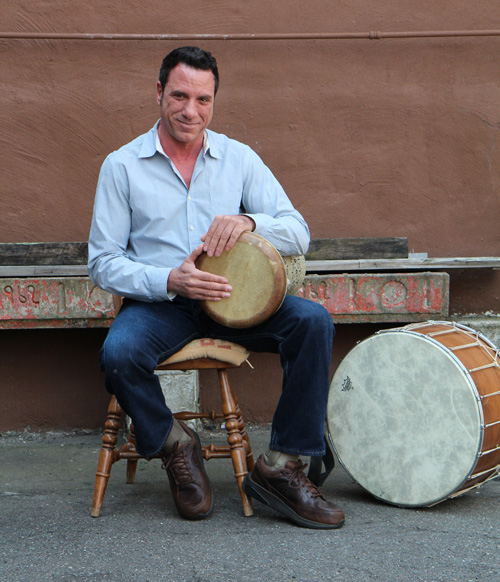 Photo by Nancy A. Ruhling
When he’s not drumming, he’s doing work for Community Board 1.

The next right thing is likely to be right at his own front door.

“Living in Astoria is like being a world traveler every day,” he says. “Because of its ethnic diversity, it offers a unique vision of the whole world. My goals are to continue to contribute in any way I can to the lifestyle of those lucky enough to live here.” 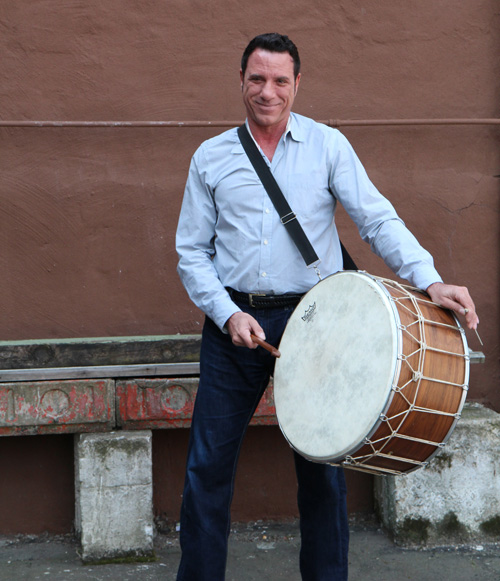 Photo by Nancy A. Ruhling
Richard sees his future right in Astoria.

He picks up the dumbek and reflects.

“I gained a lot out of the accident,” he says. “It taught me to have a level of acceptance and to listen to other people. I had to rely on doctors to get me walking again. It changed my outlook on life. You have to go along with things.”

Without missing a beat, he adds, “I like where I’m at. I have no regrets.”