The strollers are starting to stack up. But it’s your ears, not your eyes, that tell you this.

The padded playroom at Long Island City Kids is packed with one, two, three, OMG, it’s closer to one, two, three dozen tykes who are letting down their hair by shrieking at the top of their little lungs.

Irina Rokhberg, an unflappable woman with sky-blue eyes and long red hair, smiles at their riotous racket. This is exactly what she had in mind when she established the children’s enrichment center five years ago to strengthen budding bodies and brains. 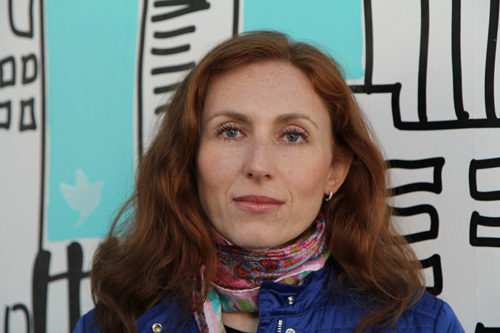 Photo by Nancy A. Ruhling
Irina, mother of two sons, is the owner of Long Island City Kids.

It was an idea born of necessity that came after she had her two sons. At that time, there was no place in the neighborhood for children to exercise. The closest public school, which is a mere two blocks from her center, didn’t so much as have a gym.

Irina, an only child, knew what it was like not to have a creative outlet. When she grew up, in Kiev, Ukraine, she and her parents, grandparents, uncle and great-grandma shared a two-bedroom apartment.

They divvied up the space as best they could, and Irina and her mother and father lived in the living room. 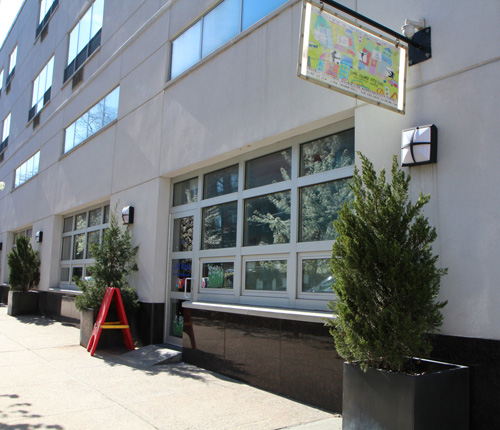 Photo by Nancy A. Ruhling
The center has a preschool, after-school classes and summer camp.

“It was the same for everyone,” she says. “People got married young, had children right away and moved in with their families. It didn’t seem strange. But there was no privacy, and many parents, like mine, got divorced.”

School, too, was tough for Irina. She was different from the other kids. Not only didn’t she have a dad — he died when she was 8 — but she also was Jewish, which made her subject to anti-Semitism.

“I was called names, and one time I was beaten up,” she says. “It didn’t help that I was a redhead — it made me a visible target.” 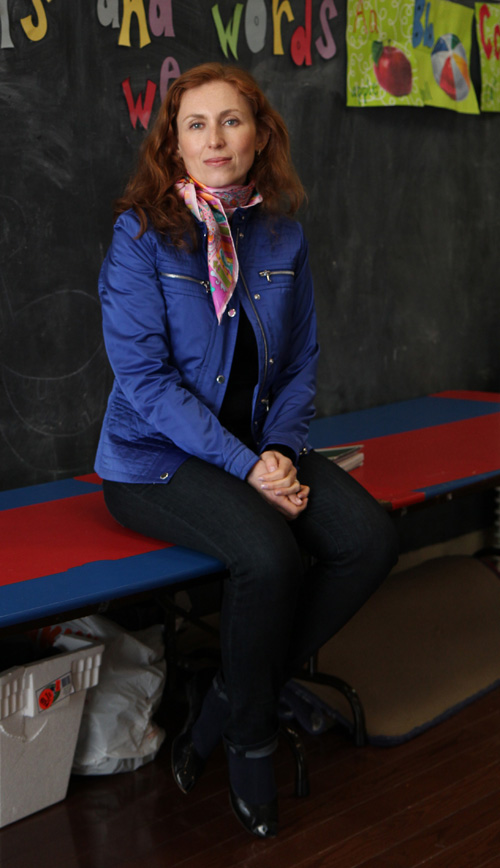 Photo by Nancy A. Ruhling
Irina grew up in Kiev, Ukraine.

Her only escape was a government-run center that offered after-school programs. Irina found her voice as a member of the girls chorus.

“I always had a creative vision to express myself,” she says. “I could do this in chorus. The group traveled a lot, so I got away from this lifestyle. And I got to see a lot of the former Soviet Union.”

Irina, a soprano, practiced singing for hours every day. Her educational path was determined for her: She was required by the government to follow the same course as her parents and grandparents. When she graduated from electronic engineering school, she got a government job. 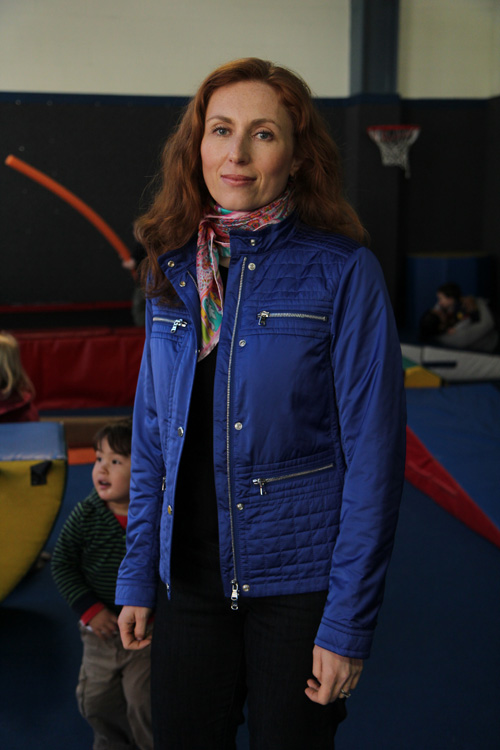 Photo by Nancy A. Ruhling
Irina is at the center every evening.

By this time, her uncle had come to New York, and Irina, her mother and grandmother decided to follow him.

“We didn’t have anything, so we started over again,” she says.

For her, that meant going back to school. She enrolled at Baruch College, where she earned a bachelor’s degree in finance and met her husband. Her first job was in a bank. 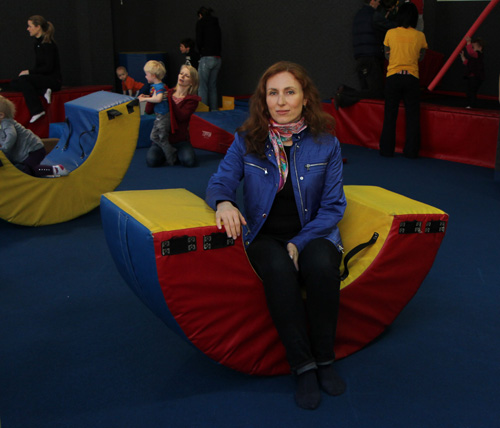 “I was so happy,” she says, “but I envisioned myself doing more.”

She took computer science courses and began working in that field. When she had the boys — Sam is 9 and Danny is 5 — she knew the time was right to open the center.

“It just made so much sense because there was a real need in the community,” she says. “And I wanted to be useful.” 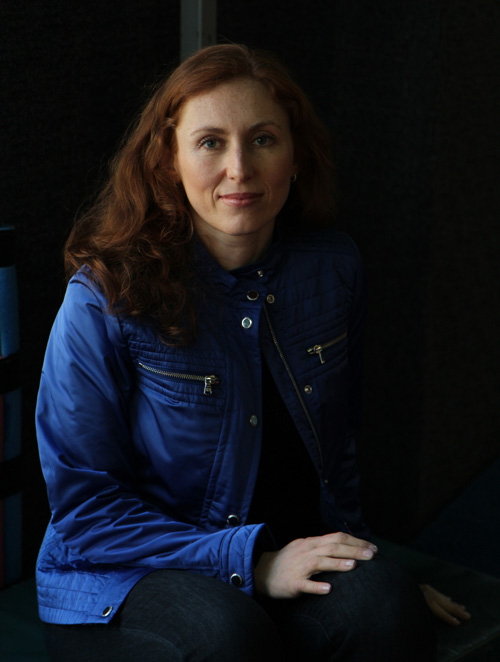 Photo by Nancy A. Ruhling
In her spare time, Irina likes to go to museums.

Long Island City Kids, on the street level of a warehouse that’s been converted to residences, has two full-time employees and is open seven days a week. It offers preschool and after-school programs as well as a summer camp that includes swimming lessons at a nearby pool.

As soon as Irina’s shift at her day job ends, she drops in at the center.

“I like to meet the parents,” she says. “It’s important for me to be here in the evening so I can find out what else we can do for them. We will build the business based on the children and their needs. It’s about being part of the community.” 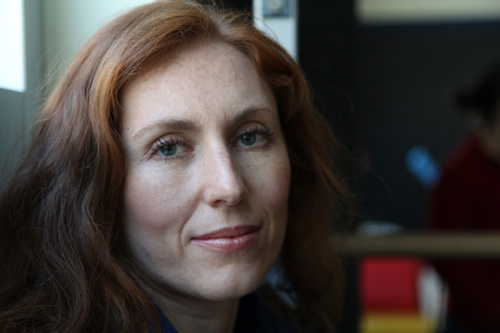 Photo by Nancy A. Ruhling
Irina would like to open more centers.

With her heavy workload, Irina doesn’t have much time for outside activities. But she loves art and is a frequent museum-goer. She has many friends who are artists, but she’s so busy taking care of others that it has never occurred her to try her own hand at painting or sculpting.

Someday, Irina may open more centers. But right now, she has to move the strollers so more people can get into the playroom. It’s an exercise she’ll do many more times before the day ends.