The drapes are blocking the sun, but the darkness doesn’t dim Charlene Lite‘s optimism.

Yes, she’s had good times and bad times just like the rest of us, but she’s made it her mantra to see the bright side of everything.

She wears her positive view not on her sleeve but around her neck on a round, silver charm the size of a quarter that is inscribed with the motto “Never give up on your dreams.” 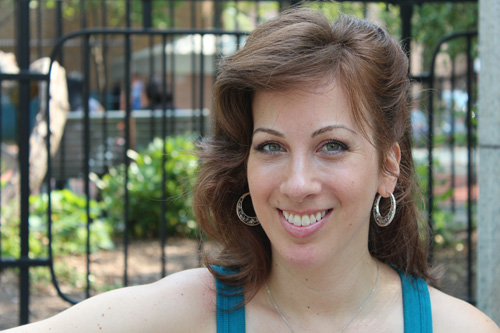 Photo by Nancy A. Ruhling
Charlene wants to be a pop singer.

Ah, her dreams, they are big ones, the kind that don’t come true for most people no matter how hard they try.

Charlene, who just released the EP Walking on Freedom, has her heart — and her smoky, sultry voice — set on being a pop singer. This is something she’s known she’s wanted to do nearly all her life. She grew up in Los Angeles, the la-la land where dreams do sometimes come true, so her aspirations of being discovered are not totally unrealistic.

“When I was a little girl, I used to sing and make up songs all the time, and my older sister and I used to perform for family and friends,” says Charlene, who just turned 37. “I started taking voice lessons when I was 16. I got a job as a restaurant hostess to pay for them.” 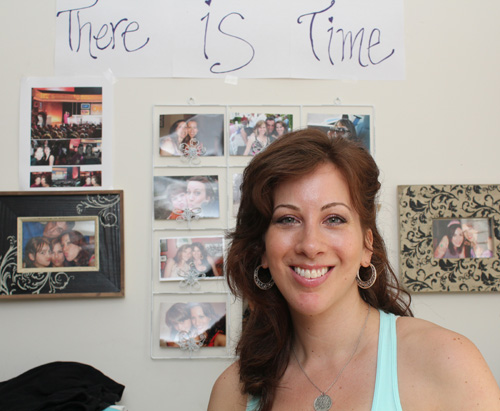 Photo by Nancy A. Ruhling
Charlene says it’s never too late to follow your muse.

The green-eyed songstress kept her dreams of stardom to herself, not because she didn’t believe in herself, but because her parents didn’t think such aspirations were attainable or practical.

“I also was very quiet and shy,” she says. “But as a kid, when I sang, people stopped and looked at me. It was the only way I could express myself.”

So she went to college, graduating from the University of California, San Diego, with a bachelor’s degree in communications. 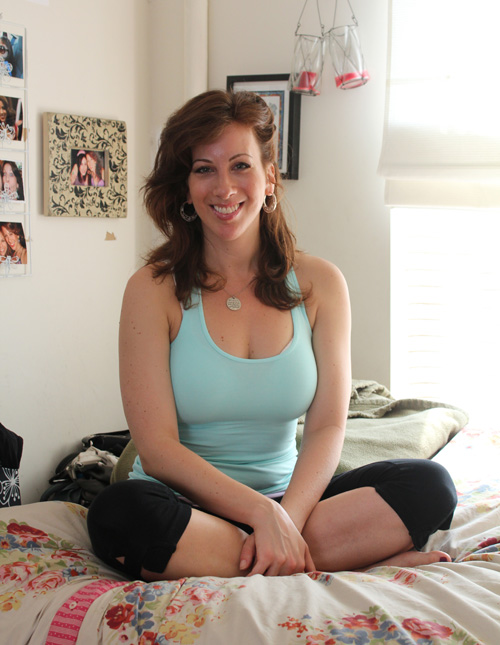 Photo by Nancy A. Ruhling
One summer, she taught herself the guitar.

Immediately, she sought jobs in the music industry while pursuing her real career on the side. She took piano lessons then bought a Casio keyboard so she could write her own songs. One summer, she taught herself to play the guitar.

“I learned every aspect of the music business,” she says. “And I discovered that you can do anything at any age if you want to.”

She made her first demo, the one that blew her dad’s mind, when she was 23. “He couldn’t believe it was me,” she says. “He offered to be my manager.”

Charlene thought she was on her way. And it seemed that she was. Soon, she was doing open-mic gigs in L.A. and quit her steady job to concentrate on her singing. She took a series of temp positions that paid the bills but that stifled her spirit.

When she hit the big 3-0 and she still didn’t have a hit, she decided to try her voice out in New York City.

“I’ve always had a crush on New York,” she says. “My intent was never to return to the corporate world but to devote 100 percent of my time to singing.” 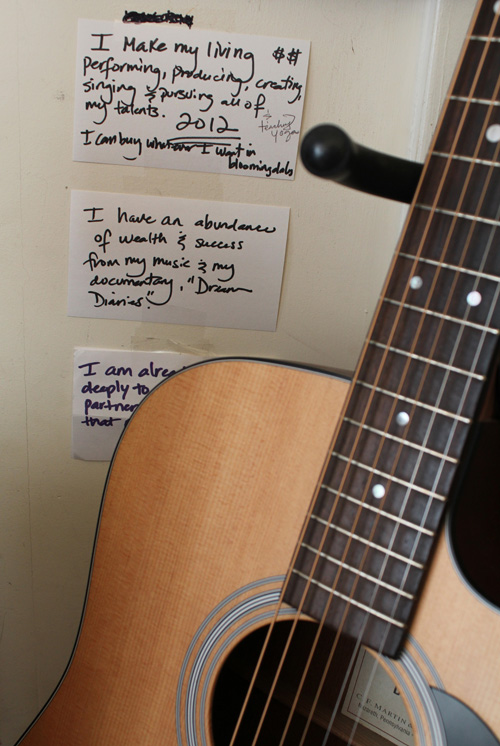 Photo by Nancy A. Ruhling
The words she lives by.

For the first 1 ½ years, she was right on track.

“Then everything plummeted,” she says. “Only this time, I didn’t have my family and friends with me. And I had a constant feeling of not being good enough, which really got me down.”

She took any job she could; she figured she could stand just about anything as long as she could still sing. She worked the front desk at a gym, accepted a position with a caterer and even spent some time shaking cocktails as a bartender. “That was really a crazy job because I’m not a drinker,” she says.

Finally, she broke down and took a full-time job with SPIKE TV. 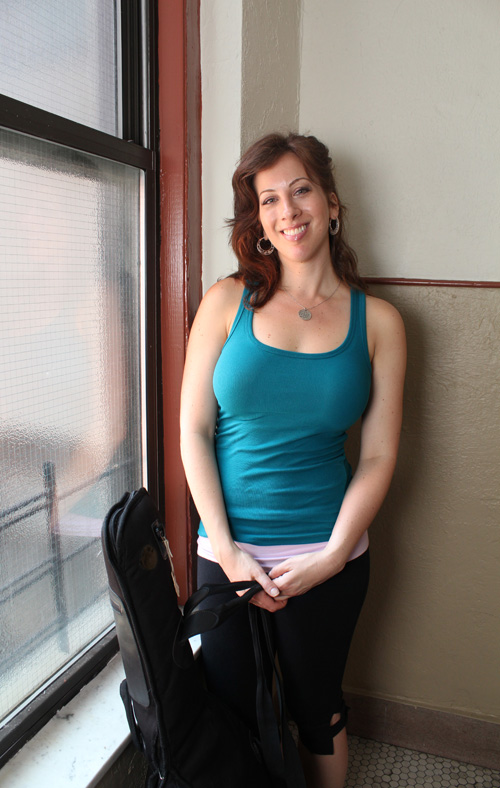 “The first week there, I cried every night,” she says. “It was the same kind of job I had in L.A., but it was for much less money. I stayed for two years, and I kept waiting for the magic day that my singing career would take off. I kept resisting my life in many ways, and I got bitter.”

It was a workshop on positive energy that turned her life around and gave her the hope to continue to follow her dreams. When she changed her focus, doors opened up. One of them led her to become a yoga teacher. “I quit my full-time job cold turkey, and I hustled to get jobs,” she says. 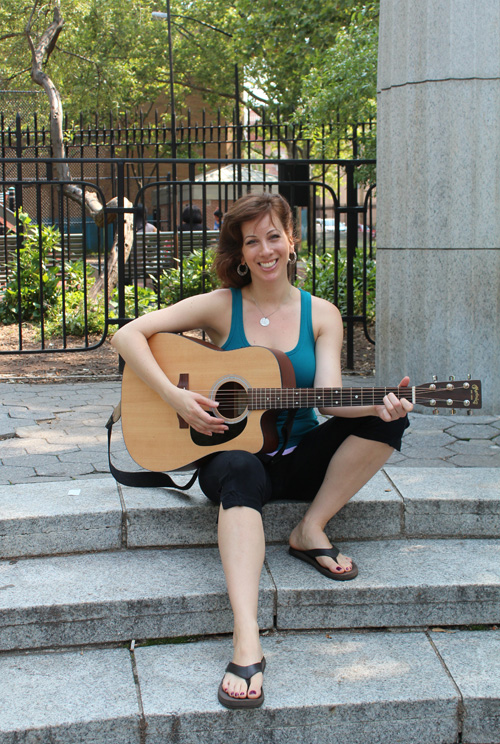 Photo by Nancy A. Ruhling
No matter what, Charlene will keep singing.

As the years passed and she moved up and down the scales of life, Charlene made videos of the events that marked her see-saw progress.

She’s planning to edit the 130 hours into a documentary and has set up Dreamdiaries.me, a social site for dreamers like her.

“The film will allow me to share my music and my positive message with the world,” she says. “I want to ignite dreams in people and let them be inspired by the wonderful, amazing, magical moments in my life.”

If she can do that, she says, her dreams really will come true.

She rubs her fingers across her necklace for good luck.