“I’ve got a lot of stuff cooking.”

As Mark Rinaldi says this, he places a plate of pão de queijo on the rustic wooden dining table, long as a church pew, that dominates his apartment.

He baked the Brazilian cheese bread, which is shaped like billiard balls, this morning. He says the recipe’s a cinch — cheese, oil, milk and yuca flour.

Next he brings out the tripe, the foul-smelling fillet whose innards look like an air conditioner filter. He’s fixing to fix it up as soup. 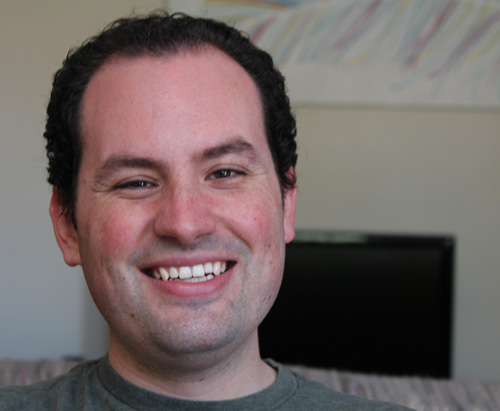 To be sure, Mark prepares a lot of food every day, but the “stuff” he’s got “cooking” doesn’t have much, if anything, to do with what goes on in his kitchen.

For Mark, cooking is the main hobby that winds around his other varied and various activities.

“The act is therapeutic for me,” he says. “It’s something completely new each time.” 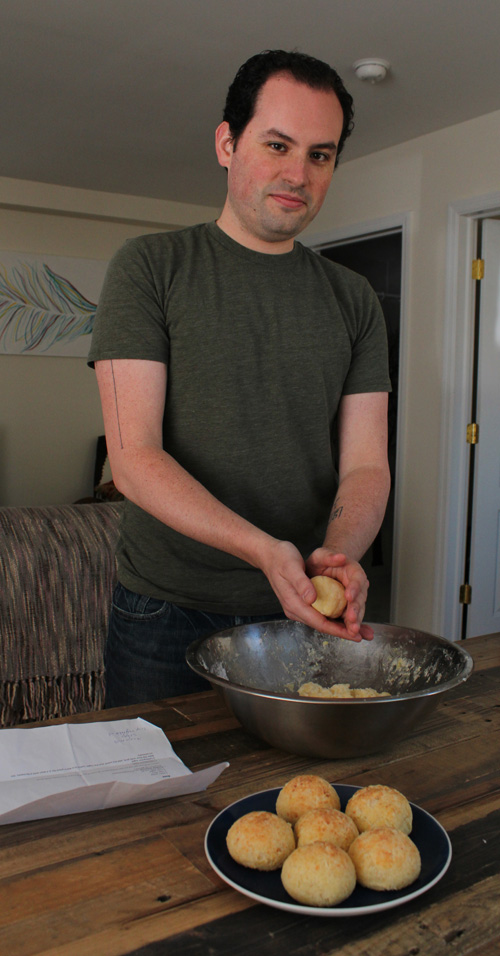 Mark, a 31-year-old who would fit nicely into the tall, dark and handsome category, got his hands wet in the kitchen when he was a grade-schooler in Waterbury, Conn. His parents worked, so he and his younger sister started throwing together comfort casseroles like mac and cheese with cut-up hot dogs, the whole concoction dusted with Doritos.

His Italian immigrant grandparents — his mother’s parents lived next door, and his father’s were only five minutes away — filled in the culinary gaps with dishes they learned to make in their small village of Pontelandolfo near Naples.

By the time he was in high school, he had the cooking down butter-pat, and when he entered the University of Connecticut, he became the major domo of the dorm kitchen. He never thought of making cooking a career, but he did keep trying out new recipes. 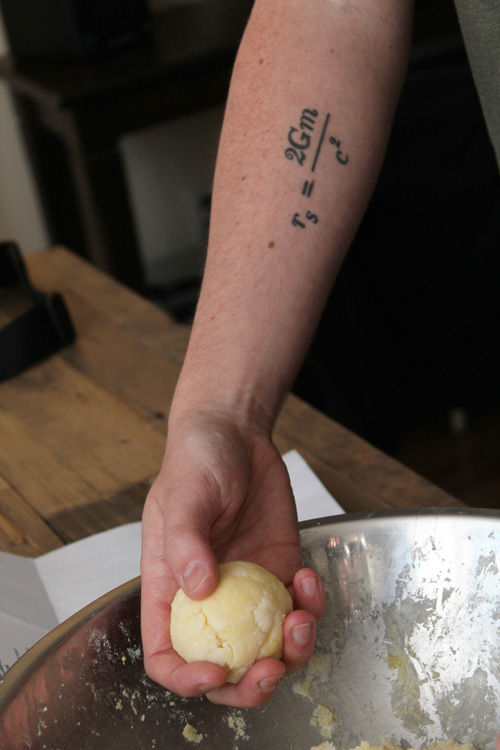 Photo by Nancy A. Ruhling
Mark’s tattoo of the Schwarzschild radius.

He earned a double bachelor’s degree in English and Italian and master’s in Italian. He became a teacher, doing a stint at Berlitz tutoring VIPs, including a member of the Saudi royal family, in English. And he began teaching Italian at a couple of CUNY campuses.

After he tired of those jobs, he started working on a doctorate in comparative literature at CUNY and took a full-time job at a nonprofit working on immigration and administration matters.

But the cooking, ah, he never gave up his appetite for the spices and spoons. In fact, he started getting curiousier and seriousier. 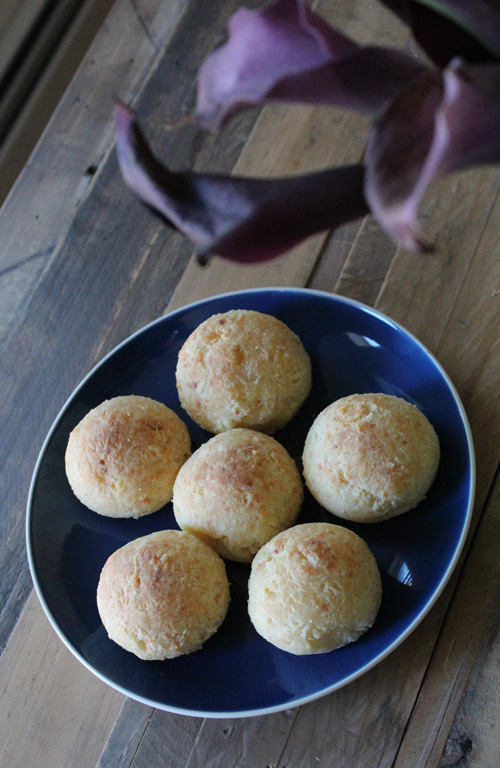 “I couldn’t find authentic recipes from around the world,” he says. “Every time I found one, it had some glaringly inappropriate ingredient like ketchup.”

So he began dipping deeper, eventually creating a chart that folded itself into a rich and witty blog called Cooked Earth, the World in My Stomach, from A to Z.

“I’m a researcher at heart, and I really love excavating the recipes,” Mark says. “The blog catalogs what I’m cooking.”

Mark started recording his round-the-world recipes in February 2011 with the letter A, exploring the Republic of Abkhazia, and so far has 27 entries, culminating the culinary list with the nation of Brunei. 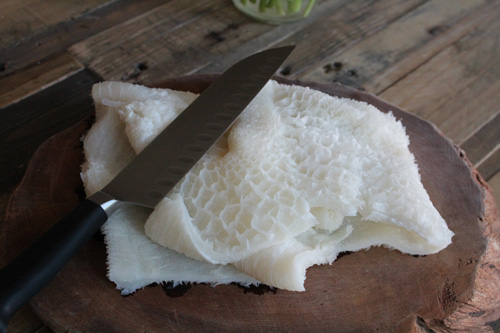 Photo by Nancy A. Ruhling
The tripe fillet that will be soup.

“At this rate, it will take me a total of four to five years to get through the entire alphabet,” he says, a note of happiness in his voice.

He labored for more than half a year on the Brunei entry, which tells you everything you ever wanted to know about making ambuyat, a dish found nowhere else but in the exotic island nation.

Ambuyat calls for powdered sago starch. After foraging in a dozen Asian markets, Mark finally found an international vendor on Amazon.com who was selling sago pearls. He ordered them and put them through his coffee grinder several times to pulverize them. 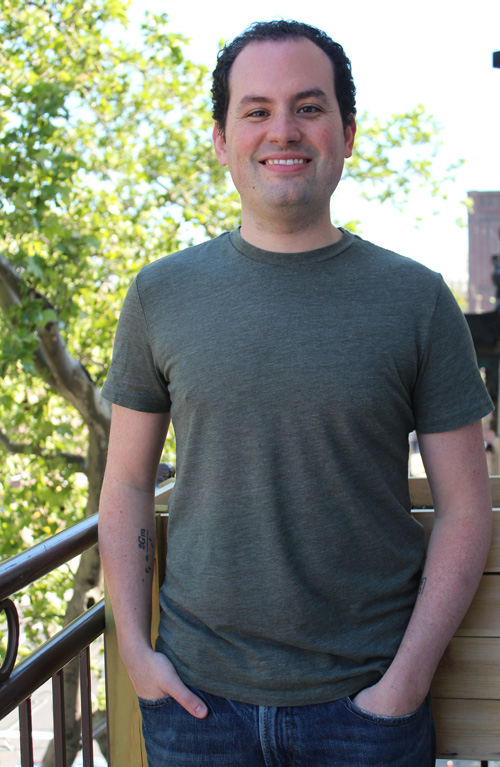 Photo by Nancy A. Ruhling
Between recipes, Mark is working on his dissertation.

But he didn’t stop with ambuyat; he decided to go all out and make sambal tempoyak, a fermented durian sauce, to go with it.

“It’s called the stinky fruit,” Mark says. “It smells like a bag of garbage.”

Mark lucked out: He only had to go as far as Chinatown to find the spiky specimen. 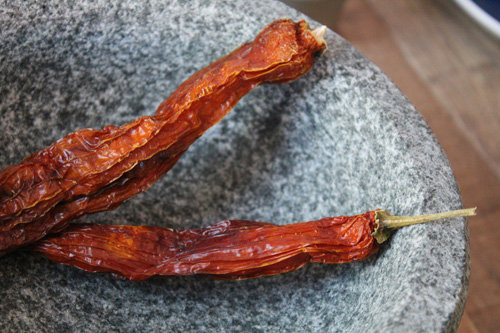 Photo by Nancy A. Ruhling
Aji peppers for one of Mark’s upcoming recipes.

When Mark’s not cooking up a storm or a tripe for his blog and when he’s not hunkered down working on his dissertation, which uses the theories of math and physics to illuminate the literary works of Jorge Borges and Italo Calvino, he’s tooting on his trumpet.

“I just started taking lessons,” he says, adding that he has played bass for 16 years. “I chose it because it was the most unforgiving instrument I could think of.”

The neighbors don’t have to worry: Mark practices at work, where there’s an auditorium/studio.

These days, Mark’s dissertation is his main course. He’s on track to finish the first draft by the end of the year. If he gets distracted, his tattoos will bring him back to the reality of academia’s present and pressing moment. 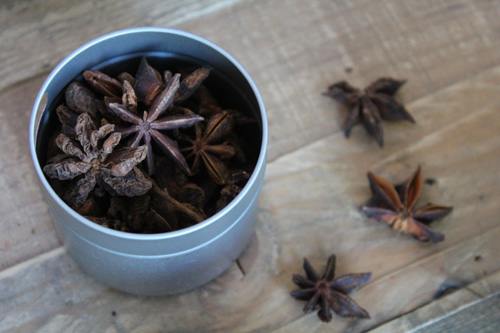 Photo by Nancy A. Ruhling
Mark’s supply of star anise.

A spider-like web, which is a Voyager spacecraft map of pulsar stars showing extraterrestrials the location of Earth’s solar system, radiates from his right shoulder. It’s designed to help him keep track of where he is in time. It points to the Schwarzschild radius, reminding him to keep his mental shape so he doesn’t collapse into a black hole. His left arm carries the formula for Planck length, nudging Mark to change perspective when things seem impossible.

Despite these markers, Mark doesn’t know where Cooked Earth will take him. “I might turn it into a book,” he says. “And I have ideas for other books; I might want to do one on the history of ingredients.” 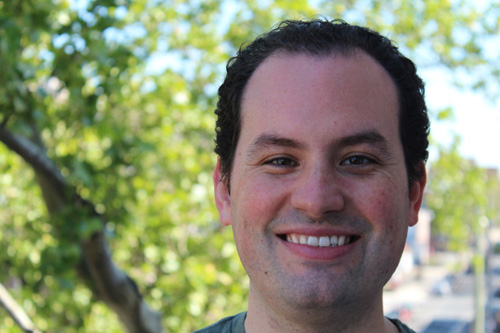 Photo by Nancy A. Ruhling
Mark’s on B; he has a lot of eating to do to get to Z.

Meanwhile, the tripe is calling. It’s starting to stink up the dining room. Mark takes it back to the refrigerator. He’ll be boiling it for five hours, changing the water constantly, to turn it into soup. It’s an entrée for his Bulgaria entry.

Until it’s served, he’ll be happily holding his nose.