Alina Faye’s life is all about movement. 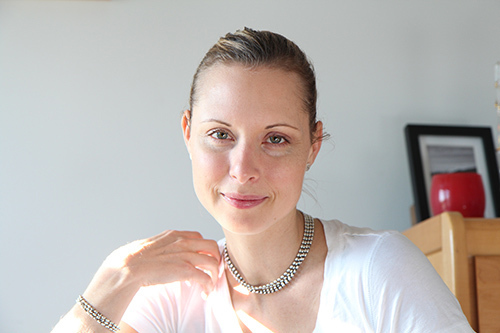 Alina joined ABT when she was 17.

She’s a former professional ballerina, so she doesn’t so much as walk through a room as flow through it like a gentle stream.

Her story entails a physical journey as well as an inner expedition.

Dance was simply the movement that started her on her continuing path of self-discovery. 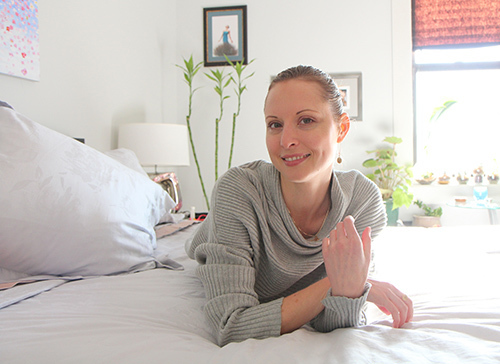 Her toes took her all over the world.

Alina, who is from Long Beach, California and has dual U.S. and Irish citizenship, was 3 when she put on her first tap and toe shoes.

“My older sister was dancing, and I begged my mother for a year before she finally agreed,” she says.

By the time she was 13, Alina was spending all her free time at the barre. 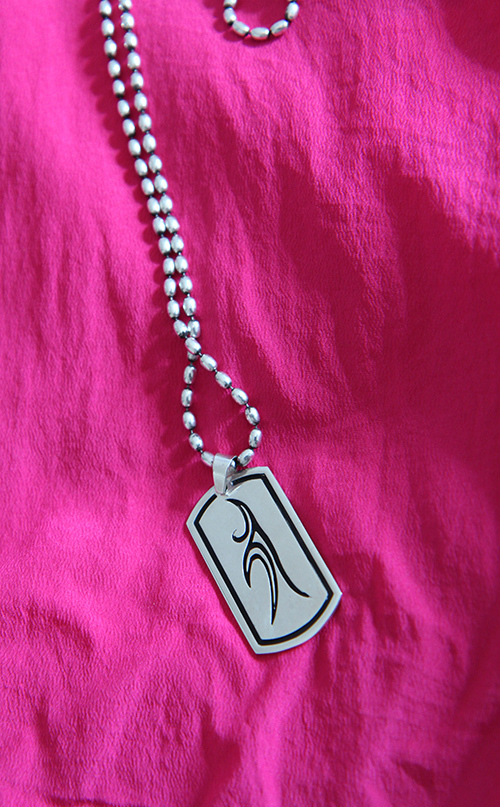 “Ballet was always my love,” she says, gracefully moving her long arms into first position as she sits cross-legged in a chair. “It’s beautiful. It’s something I can create on my own.”

Following in her sister’s plies, releves and sautes, Alina, long-limbed and lithe, earned a coveted position with the American Ballet Theatre.

“I had started home study as a high school sophomore because I was commuting to take my dance lessons,” she says. “And I graduated early because I doubled my coursework. My diploma was sent in the mail. I’ve never seen it, but I’m sure my mother still has it.” 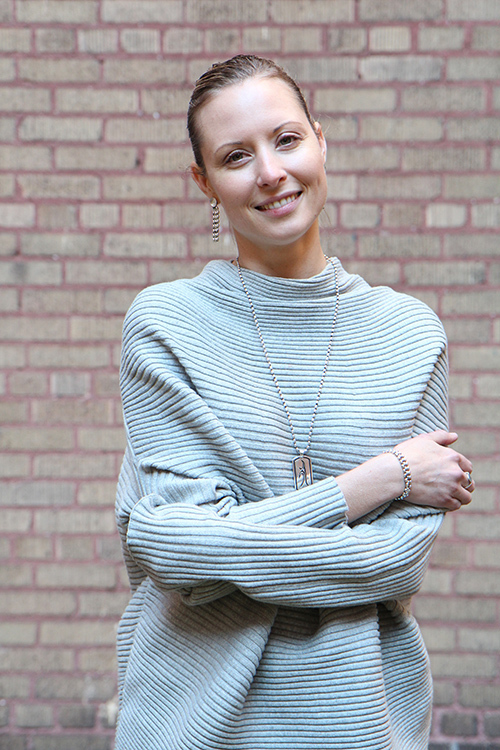 The move to New York City, to a couch in the apartment her sister and too many roommates lived in, was terrifying to the teenager.

“I was on my own for the first time,” Alina says. “My parents were getting a divorce so they were basically missing in action. I was going through puberty and my body was changing, and I was terribly homesick. But I blossomed.”

The work was hard yet rewarding; during performances in ABT’s 32-week seasons, Alina was on her toes from 11 a.m. to 11 p.m. six days a week in shows around the globe.

She spent four years on the stage, and she might still be with ABT had a herniated disc not sidelined her. 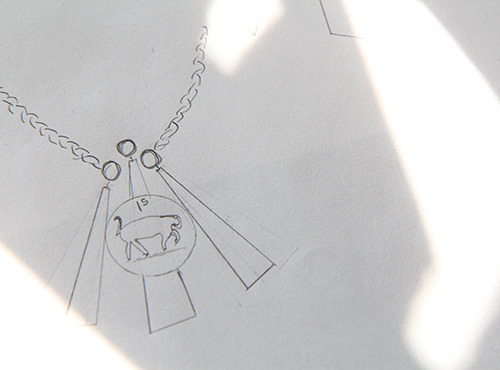 A sketch for a new necklace.

“I was injured and unhappy from the pressure and stress,” she says. “I was trying to figure my life out, and I could not remember why I had even started dancing. I started feeling anxiety when I went to work.”

She walked – not danced – out in mid-contract and headed to Mount Shasta, California, where she soothed her mind with meditation and satisfied her body with rock climbing and snowboarding.

As she tried to figure out her next steps, she continued to take dance lessons, this time in San Francisco, eventually getting a job offer from the Boston Ballet.

Instead of joining the company, she stayed in San Francisco, where she was introduced to Hellerwork, a body-realignment technique that incorporates deep-tissue massage, introspection and exercise. 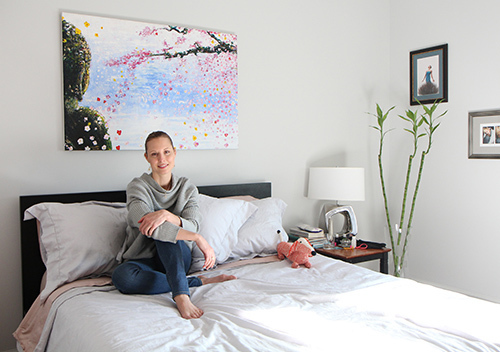 She moved to Astoria last year.

“My back injury was gone after several sessions,” she says.

After 1.5 years of training in California and New York, she opened her own Hellerwork practice in Manhattan. She also kept up her dance classes.

“I had fallen in love with a fellow Hellerwork student,” she says. “He was in San Diego, so I moved there and became a ballet mistress at a school while continuing to see Hellerwork clients.” 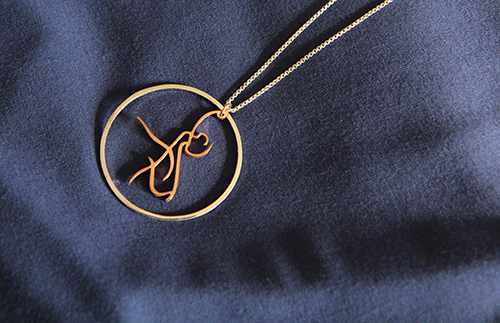 In 2009, she got married and returned to New York, a city she sorely missed, to play Susan the Silent, a mute who communicates by dancing, in Finian’s Rainbow.

The couple then went to Washington, D.C., where her new husband had a new job, and where Alina worked with Hellerwork clients full time.

“I wasn’t happy,” she says. “I didn’t feel fulfilled in my work because there was no time for my creativity.”

In 2014, she came back to New York. Her husband promised to follow, but when he didn’t, they divorced. 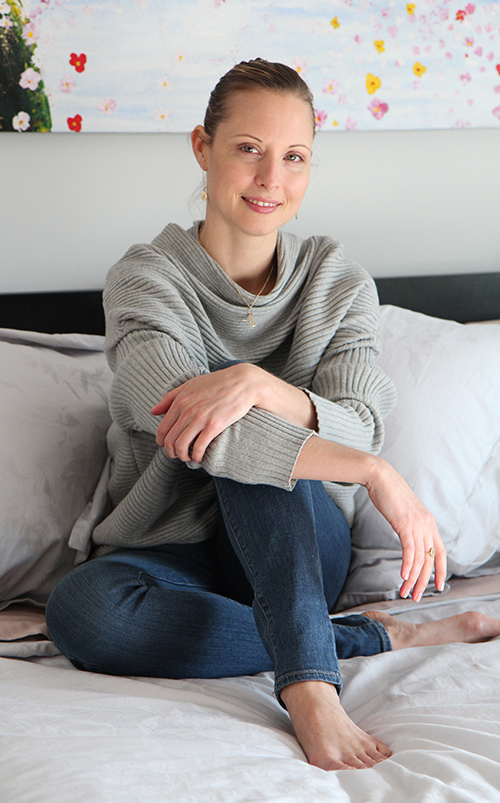 She wants to form a network for dancers.

“I hit the ground running and tried to reinvent my career,” she says.

During the summer of 2015, she drew a dancer, which eventually became the catalyst for FayeLife, a line of ballet-centric jewelry.

“The first one was 3D printed,” she says. “I started wearing it around my neck using a string for the chain. Everybody liked it, so I thought I would make some more.” 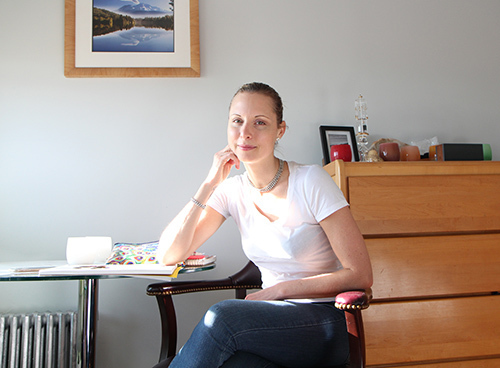 She’s all set to take her next steps.

She sees designing jewelry as a way to bring beauty into the world while still keeping a toe in dance.

“I want to use the jewelry to create a whole community for teenage dancers, which is something I didn’t have,” she says. “I want to be a resource for them and connect them with each other.”

Alina doesn’t know where this new dance will take her, but she’s willing to let it lead her where it will.