There are bags under Nabeel Alamgir’s eyes. It has nothing — and everything — to do with age. 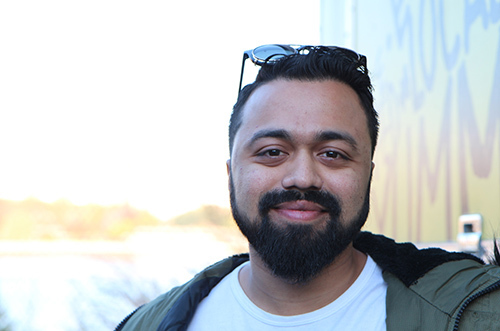 Photo by Nancy A. Ruhling
Nabeel is the marketing director of Bareburger.

Nabeel, a 25-year-old with a black beard, a child-like face and enough enthusiasm to power the sun, has been working a lot, probably too much. That’s why he’s so happy.

The marketing director of Bareburger, he also is a co-founder of the startup Tapt, a social media app for college students.

“Tapt is taking up all my spare time,” he says. “I gave up having a girlfriend or friends so I could do this.” 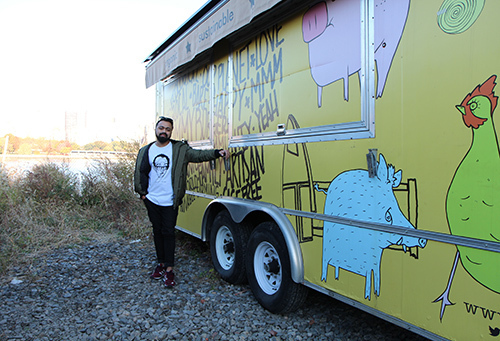 Photo by Nancy A. Ruhling
Nabeel began at Bareburger as a busboy when he was in high school.

Nabeel has never been one to sit around, which is why he got his first paying job as a teenager.

“I get nervous when I’m not working,” he says.

Nabeel, the oldest of three, gets his hard-work ethic from his parents.

He was born in the coastal city of Chittagong in Bangladesh.

When he was 7, his father moved the family to Bneid Al Gar, Kuwait, for better job opportunities. 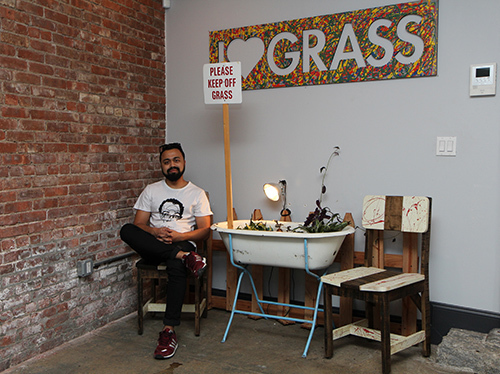 Photo by Nancy A. Ruhling
Bareburger’s headquarters is in the Piano Factory.

“There were a lot of U.S. soldiers and U.S. tourists there,” he says. “They gave me my first glimpse of America. I liked it a lot.”

Which was a good thing, because that’s where they moved when Nabeel was 14.

“We spent three months in St. Louis, Missouri, where we had relatives,” he says. “I could speak French and Arabic but not English, which I eventually learned from watching Mafia movies. It was culture shock. It was only a couple years after 9/11. I did not fit in.” 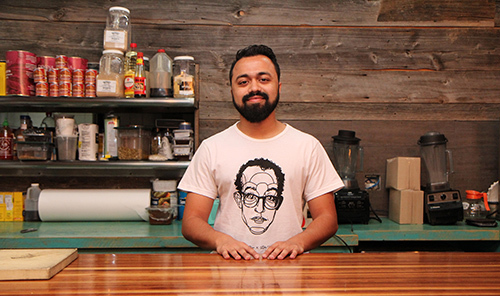 Photo by Nancy A. Ruhling
The offices include a training counter.

His father also had difficulty adjusting and finding a job, so the family headed for New York City.

“My first day in Astoria also was the first day of school,” he says. “Astoria should be the gateway to the United States because as soon as I arrived, it was so welcoming that I felt like I belonged. I was in Bryant High School, and my teachers were immigrants. They took a serious interest in me.”

Nabeel’s first job, when he was 16, was a paid internship at Donors Choose, a Kickstarter-like charity that finances teachers’ projects.

When he was 17, he became a Mac specialist at Apple’s Fifth Avenue flagship in Manhattan. 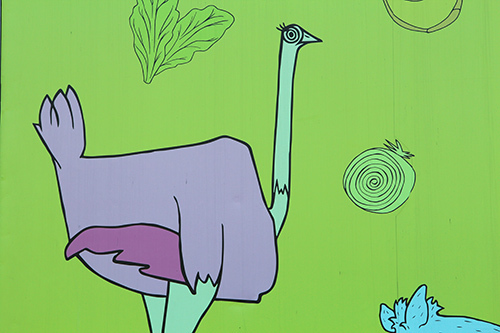 Photo by Nancy A. Ruhling
Bareburger’s menu is natural and organic.

“I was the youngest person there,” he says. “I wanted to work for a smaller company, so one of my teachers suggested Bareburger, which was just starting up. At that time, it was a tiny hamburger joint.”

Nabeel began as a busboy, and one of his jobs was mopping the floor.

Although Nabeel was interested in a design career, ever since his birth his parents had planned for him to be a medical doctor.

Photo by Nancy A. Ruhling
Nabeel was born in Bangladesh and lived in Kuwait before coming to America.

“I’m an obedient son,” he says. “I studied all my life to be a doctor, and when it was time for college, I went to Syracuse University for pre-med. Every summer, I came back to work at Bareburger. After seven semesters – one semester short of graduation — I couldn’t do it any more.”

Bareburger offered him a full-time position.

“I didn’t even know what job I was going to do,” he says. “When I called the owner, he said that we’d figure it out.” 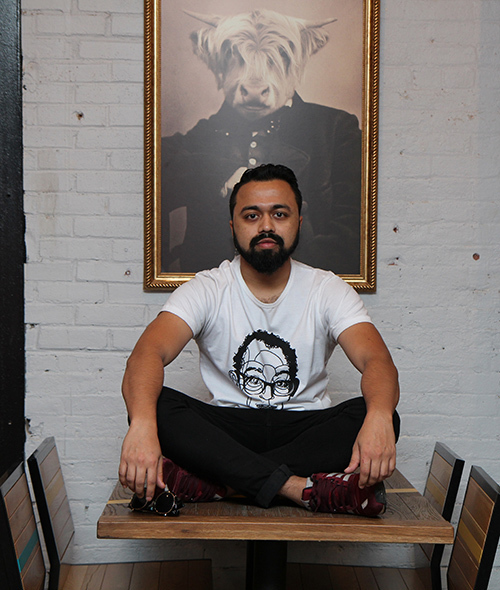 Photo by Nancy A. Ruhling
The office decor is playful.

A year ago, after taking online marketing courses from Cornell University, Nabeel became the company’s first marketing director, working out of the playful headquarters in the ground floor of the Piano Factory that is outfitted with a pool table and gold-framed portraits of animals in formal wear.

“I love this job so much that I pinch myself every day,” Nabeel says. “I came as an intern, and they gave me the opportunity to grow and even paid for my Cornell courses.” 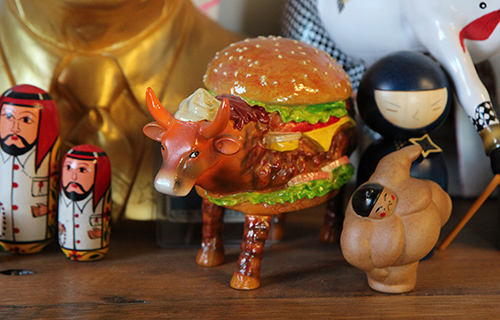 Photo by Nancy A. Ruhling
A beef burger on the hoof.

Nabeel’s parents finally have accepted the fact that he’s promoting sandwiches instead of performing surgeries.

“My dad and I didn’t talk for about a year,” he says. “Recently, my mom and dad ate at Bareburger for the first time. When they realized what it was, they were proud.”

Nabeel and Bareburger have grown up together. The company, established in Astoria in 2009, operates 45 natural, organic restaurants in the United States, Canada, Japan, Dubai and Germany. 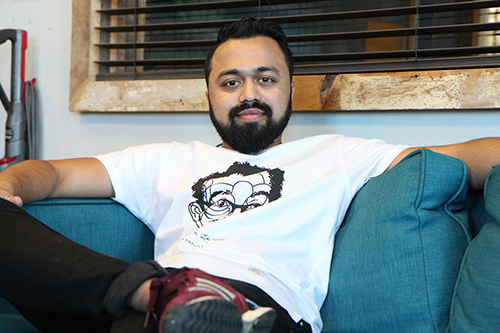 Photo by Nancy A. Ruhling
Nabeel also is working on a social-media app for college students.

Nabeel has seized the chance to share his success, which is why he invented Tapt.

“I want to help college students and teachers because it was such a formidable time for me,” he says. “In high school, my teachers cared about me. In college, there was a disconnect because the school was so big. There was also a disconnect between students.”

Since its debut in January 2016, the app, which Nabeel likens to a digital social-media bulletin board, is being tested at Syracuse University, Baruch College, The City College of New York and the University of South Alabama. 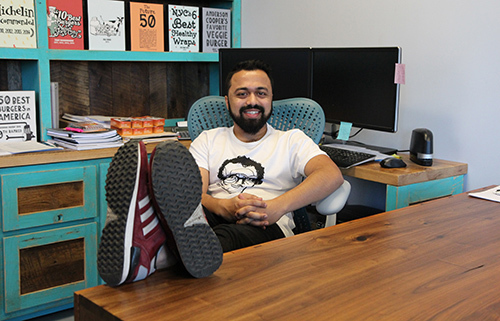 Photo by Nancy A. Ruhling
Clowning around in the boss’ chair.

Of course, that means that he will have to work even harder.