Anastasia Tsantes stands on her feet all day. She’s a waitress who’s used to pulling 12- and 13-hour shifts.

Yeah, working leaves her dog tired, but she’s never too worn out to dance in the footsteps of her Greek ancestors.

“The dancing, it comes from my soul,” she says.

Every Tuesday and Wednesday night, Anastasia, the president of the Greek-American Folklore Society, lifts up her heels and her heart to the tunes that made her mother, and her grandmother before her, tap their toes. 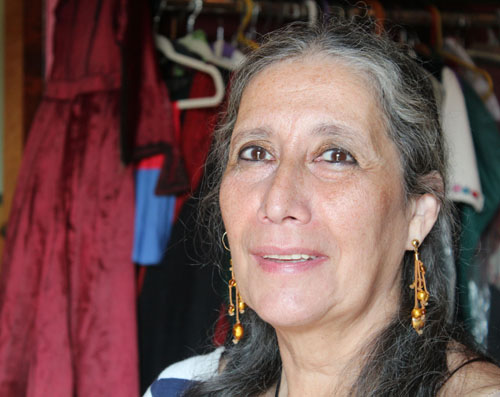 Photo by Nancy A. Ruhling
Anastasia is president of the Greek-American Folklore Society.

Greek folk dancing may be a dying art — the society has fewer than 50 members — but keeping it alive brings Anastasia to life.

Anastasia, an Amazon with amazing tattoos, long grizzled hair and an industrial-strength classically chiseled profile, was born in Manhattan’s Greek ghetto town. Her parents hailed from the island of Ikaria, home of the mythical Icarus, who, you will remember, had his waxy wings melted by the penetrating rays of the sun.

She and her older brother grew up in Elmhurst, living what she calls “the Greek-American dream.” Her working-class parents were frugal and careful. Although her mother stayed home to raise the children, her father, a cook, worked lots of shifts. They saved enough to buy a three-family house and send their children to Greek school, where Anastasia and her brother learned, among other things, their parents’ mother tongue. 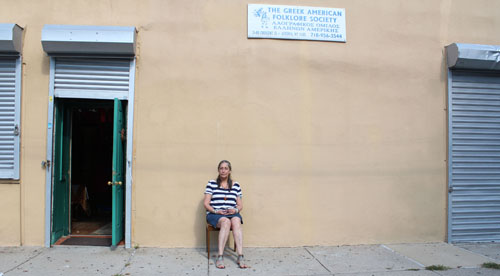 Photo by Nancy A. Ruhling
The society is on Crescent Street at Ditmars Boulevard.

It was the 1950s, and Anastasia did what women then did: She married straight out of high school. But it was not a free ride. That’s not what she would have expected. She did have jobs — she was a shampoo girl in a beauty shop and worked for a stained-glass store.

“My parents never encouraged me to go to college,” she says. “I wish I had had the opportunity.” 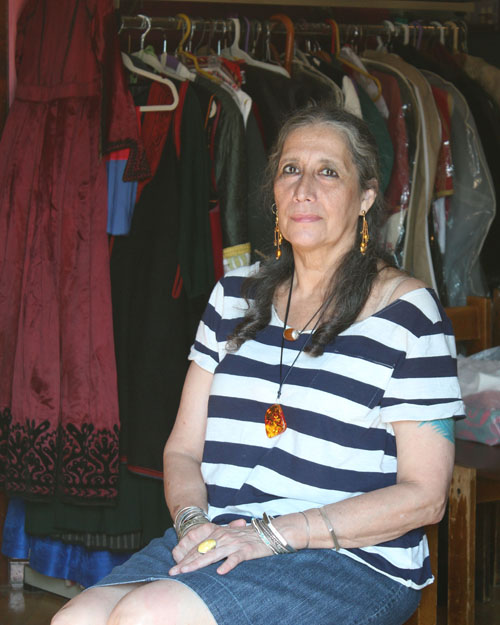 Anastasia soon found that nothing in life lasts forever; she got a divorce then eventually married again. When she was 35, her second husband died, leaving her to raise two sons by herself. By then, she had a waitress job. More than a quarter century later, she’s still serving tables. For the last four years, she’s been taking orders at Manducatis Rustica in Long Island City.

She laughs about her job choice. Her father’s work showed her how rough the restaurant business is. It wasn’t anything she ever wanted to do. But she finds she likes it; it connects her to people she otherwise would never meet.

That’s what the dancing does, too. 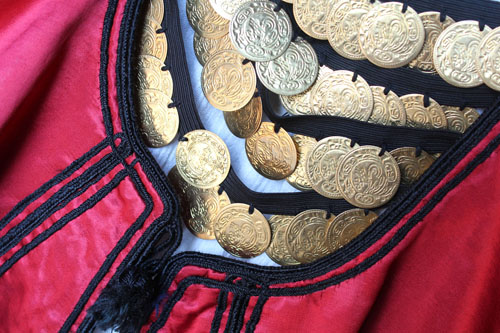 Photo by Nancy A. Ruhling
Under the spotlight, the costumes glitter.

“I don’t have a social life,” she says. “The folklore society gets me out of the house. We are all different ages and ethnic groups. At 60, I’m the oldest; the youngest is a 12-year-old boy from Colombia. When we dance, we represent all the ages of people in a village; we’re dancing in celebration. We are like an extended family. When we buried our director, we went in costume and danced at his grave site.”

Anastasia’s dedication to the dances doesn’t stop with her feet. She has a mermaid tattoo on her upper left arm and a pair of costumed characters close to her heart. They are taken from common folklore drawings.

“I consider my body my canvas,” she says, adding that she has a fancy for adorning herself with chunky amber, silver and turquoise jewelry. 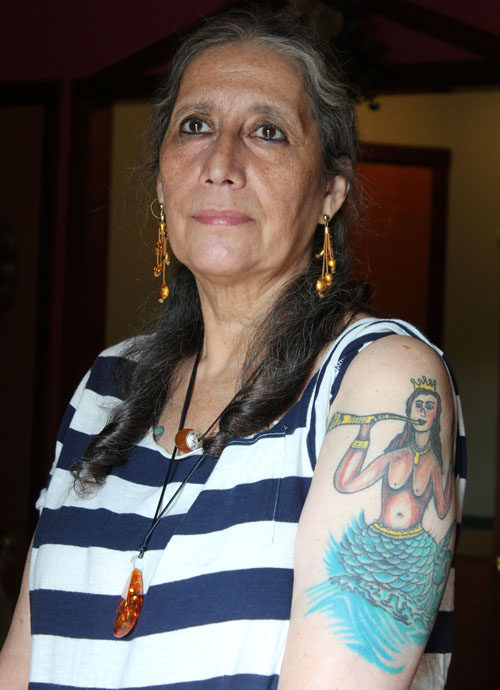 Photo by Nancy A. Ruhling
Anastasia’s tattoes are drawn from Greek folklore.

For nearly three decades, Anastasia has remained devoted to the society, whose mission is to spread the word about Hellenic folk culture through performances, lectures and exhibits. The group has performed at a variety of venues ranging from Lincoln Center to Athens Square Park.

“It’s the dancing, the music, that has kept me involved,” she says. “Running the society has been an act of love. We have a rich culture, and we want to pass it down to the next generations.”

Sadly, it won’t happen with her sons. Unlike Anastasia, they don’t speak Greek, and they’ve shown no interest in folk dancing. 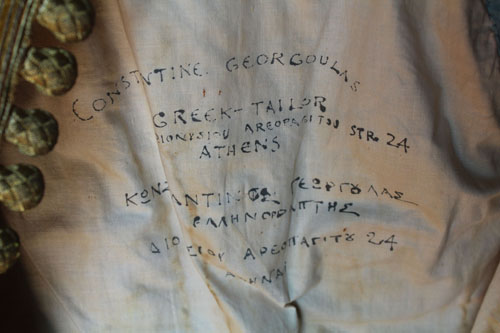 Photo by Nancy A. Ruhling
The costumes are clothed in history.

Keeping the society on its toes is easier danced than done. The nonprofit organization, which was established in 1983, relies upon dwindling dues.

“We’re behind on the rent,” Anastasia says. “The landlord is very understanding. Some months, we pay the utility bill out of our pockets.”

The ground-floor space, which is next to a laundry, is filled with traditional costumes, old and new. They are reflected in the floor-to-ceiling mirror that dominates the room. In the cool of autumn, when the world is between air conditioner and furnace, the society opens its doors and the music, a river of sound, flows out into the street, prompting passers-by to peek. 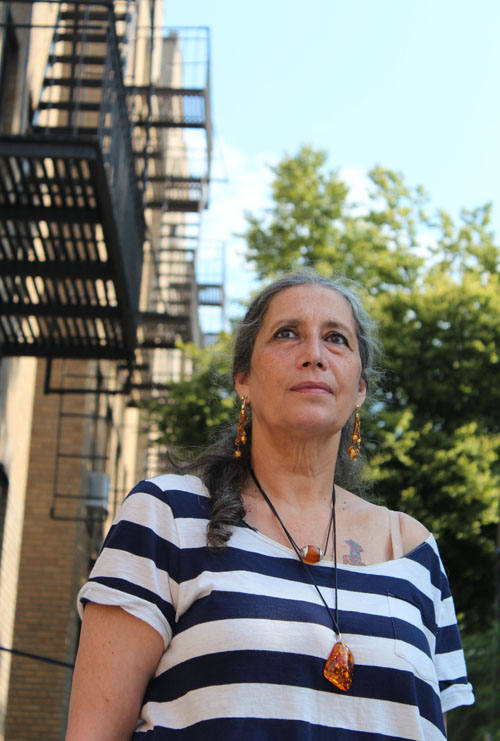 Photo by Nancy A. Ruhling
Anastasia remains committed to the society.

Anastasia doesn’t know what her next step in life will be. Her brother has been asking her to open a shop in a building he owns in Long Island City, but she’s not sure if she has the stamina to do it. But the dancing — hey, that’s no problem. She’ll keep doing it until she can’t stand up any more.