Tony De Pace, tanned as a pancake, has just come back from Disney World. 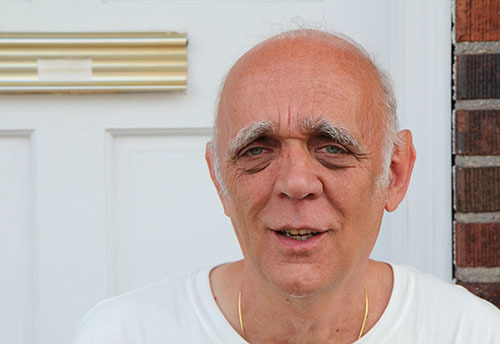 Photo by Nancy A. Ruhling
Tony has been living in the same house since birth.

If you didn’t know that, the Mickey Mouse mugs on the cluttered coffee table and large framed photos of the celebrated Florida amusement park that are perched prominently on the bookshelves would have clued you in.

This was his 20th trip; he’s been going since he was 30, which was nearly four decades ago.

“Disney World brings out the little child in me,” he says, grinning. 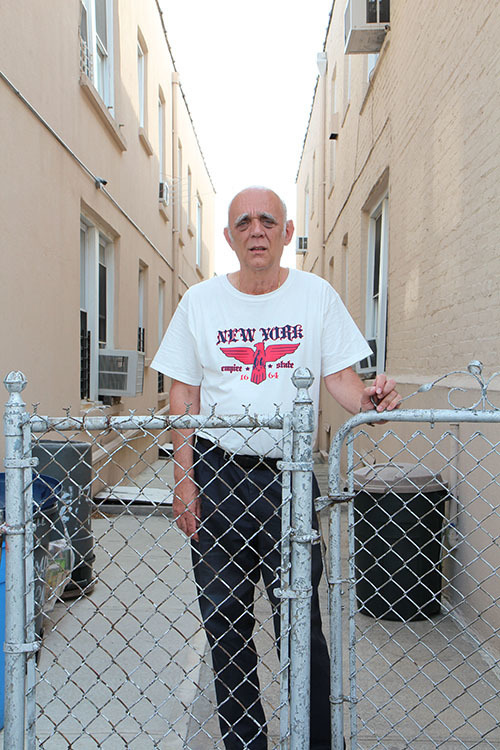 Photo by Nancy A. Ruhling
Tony made his career in banking.

Actually, Tony doesn’t have to travel to Orlando to be a kid again. All he has to do is look around his two-bedroom apartment.

He’s lived in the same building since birth. Before you can convey your astonishment, he’s quick to point out that he hasn’t been in this space his whole life. He spent his childhood in the unit next door.

Tony, who speaks what he calls “broken Italian” and is not up on family history, says all he knows is that his people come from Calabria.

He queries his 90-year-old mother, who reports that she lived in Sorianello until she married his father, who came to New York from Gioia Tauro when he was 5. 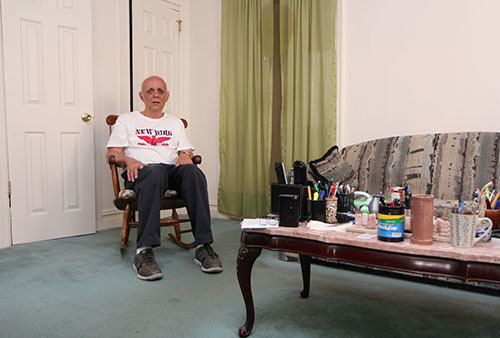 Photo by Nancy A. Ruhling
The building was bought by Tony’s grandparents in the 1940s.

His grandparents bought the four-apartment building in the 1940s, before it was even a decade old. They took one unit. His parents occupied another. An uncle inhabited a third, and the fourth was rented to an outsider.

“It’s always been for family,” Tony says. “And it still is – my mother and my niece also live here.”

The 21st Road building is around the corner from P.S. 122, where Tony, his younger brother and their father went to school, and is a short walk from Immaculate Conception Church, which he has attended ever since he came into this world. 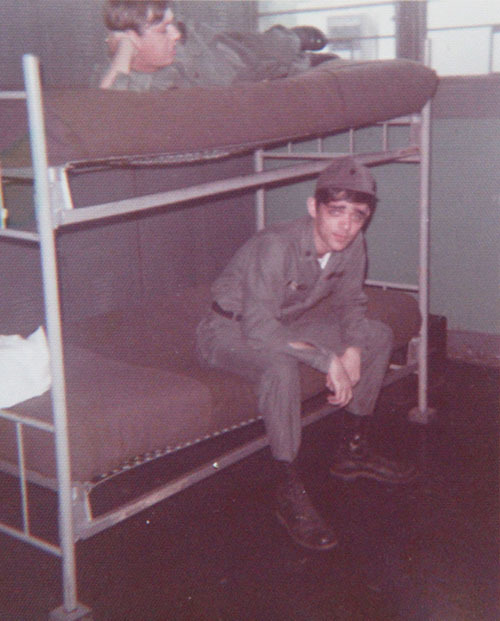 Photo by Nancy A. Ruhling
Tony, bottom bunk, during his Army days in the Vietnam War.

His mother still celebrates mass there regularly, as did his father up until his death. Once a week, Tony assumes the role of volunteer accountant.

“I’m single and have no children,” he says. “Originally, I stayed because I didn’t want to leave my mother alone. The apartment is in a convenient location, and all of my friends were here.”

When he graduated from Long Island City High School, Tony enrolled at a two-year business school in Manhattan intent on pursuing a career in finance, high or otherwise.

“When I was a kid, I always wanted to be in the Army,” says Tony, a towering  man with sky-grey eyes that are sheltered by frowning inchworm brows. “But when I got drafted, I didn’t want to be in the Army.” 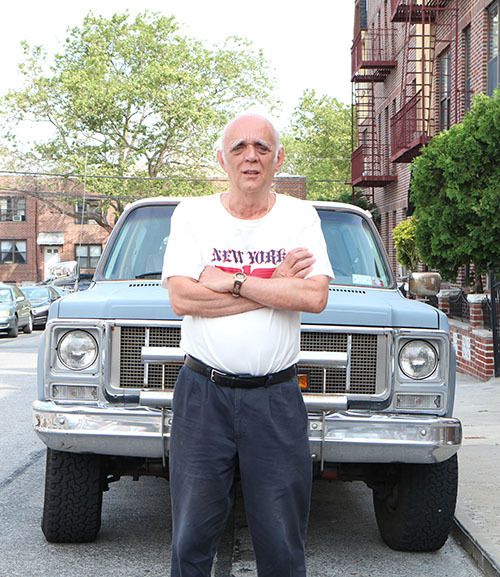 Photo by Nancy A. Ruhling
Disney World is his favorite destination.

Tony was called up in 1970, right after he got his first full-time job in banking. During his two-year hitch, instead of being shipped off the Vietnam, he was ordered to stay in the states and work in finance, which suited him fine.

Afterward, he landed a job at Bankers Trust in Manhattan, where he worked for 27 years until he was downsized. He took short-term assignments at a number of other banks before retiring in 2011 at 62.

“I wanted my freedom,” he says, adding that “the last job I had was very boring.” 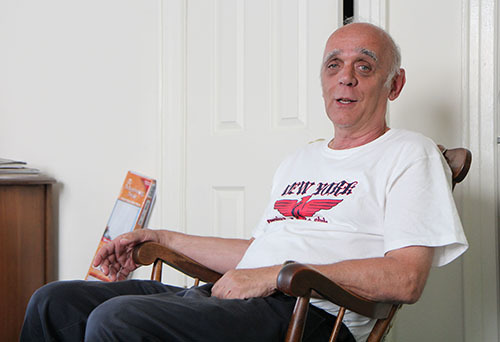 Photo by Nancy A. Ruhling
He retired because he wanted more freedom.

Besides which, fate is fickle.

“Tomorrow is a promissory note,” he says. “There’s no guarantee.”

Tony used to have several hobbies, but he’s been trying to simply his life in the last couple of years. At one time, he was collecting a lot of things.

He mentions acquiring 18 wristwatches and rummages through the closet to produce a miniature Louisville Slugger bat he got at Cooperstown. It is part of his baseball memorabilia collection. (For the record, he’s a Yankees fan.)

“I like to buy in bulk,” he says, glancing at the dozens of pens that are on the coffee table. 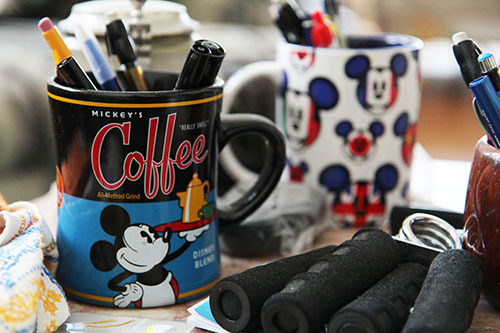 For a long time, he took long walks and documented his solitary treks with photos. The pictures fill the dozen albums stored in the living room credenza. He’s also taken many shots of Disney World.

Tony owns a bunch of cameras and brings three of them from the bedroom. He holds up the Nikon N55, his favorite. It’s a shame it uses film. It’s more convenient for Tony to tap his iPhone, especially when he’s exploring Manhattan.

Sometimes, Tony does think about leaving the neighborhood.

Later today, he’s going to do some errands on Ditmars Boulevard. He’ll pass by P.S. 122 on the way.