Gurgle, gurglegurglegurgle, gurgle. Rich Buceta gets so excited when he hears this sound that you’d think he’d discovered a multi-million-dollar oil well gushing up through his factory floor.

He walks over to a giant shiny silver tank that looks like a spaceship from a forbidden planet and points to a hose that’s snaking out of its nostrils. A bubbling amber liquid is flowing into a large white plastic bucket.

“It’s the carbon dioxide being released from fermentation,” he says, grinning. “It’s music to my ears. I think I’ll make a tape of this sound and play it here all the time.” 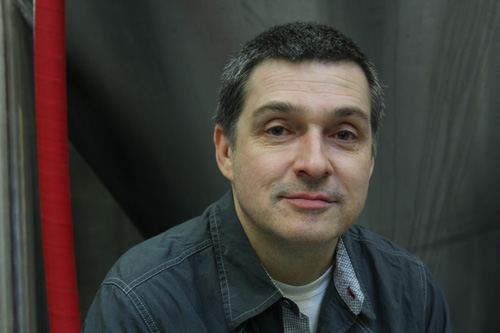 Photo by Nancy A. Ruhling
Rich is the owner of SingleCut Beersmiths.

“Here” is his newly opened SingleCut Beersmiths, the only micro-brewery in Queens and the borough’s first brewery since Prohibition.

Rich, a compact man with up-all-night eyes and hints of grey playing hide-and-seek in his black hair, can be forgiven for his extreme exuberance. Since March, he’s been working round-the-clock to get SingleCut up and running. But his idea for a brewery to call his own has been brewing for at least a decade.

Rich was a Mad Men ad man, who for most of his creative career hopped back and forth between Toronto and New York City while working for a variety of agencies. Even before he got a diploma from Queens College, he knew that this Bud was not for him. 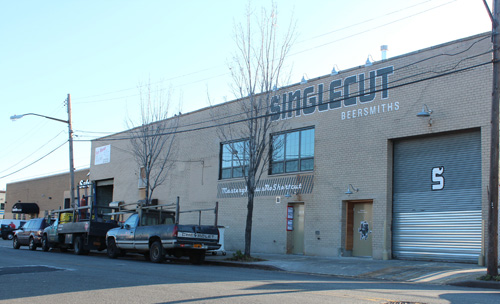 Photo by Nancy A. Ruhling
SingleCut’s on 37th Street; Best Market is its neighbor.

“I quickly graduated from mega-brew beers to craft beers,” he says.

It was after he watched a friend make his own beer — “my only contribution to his project was to drink it” — that Rich became interested in home brewing.

“I realized that there was no mystery about it,” he says. “All you had to do was follow a recipe.” 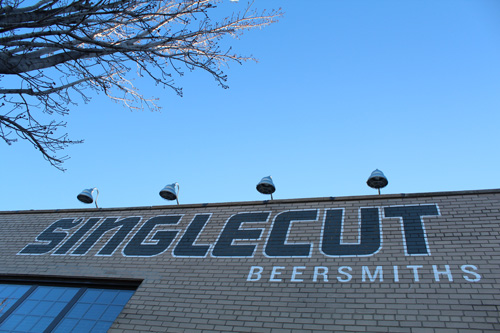 Photo by Nancy A. Ruhling
The brewery’s named after a style of electric guitar.

So he started making batches of beer for family and friends in the cramped kitchen of his Manhattan apartment.

“I had a knack for it,” he says. “I found it to be as creative as advertising.” 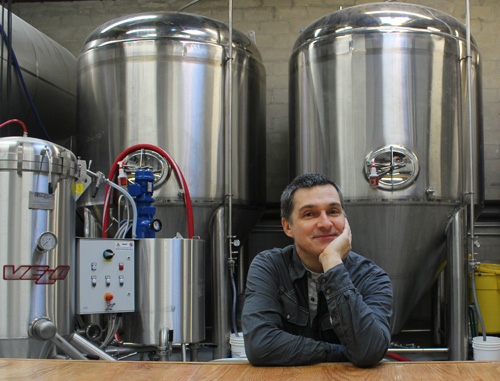 Photo by Nancy A. Ruhling
Rich used to be an ad man.

At the beginning of 2008, he went cold turkey, quitting the advertising agency right before the economic crash crushed that profession.

“I didn’t have a Plan B,” he says. “I took a month off and decided to explore something related to beer.”

When he took some of his home-brewed beer to Brooklyn’s Greenpoint Beer Works, he was offered a job. 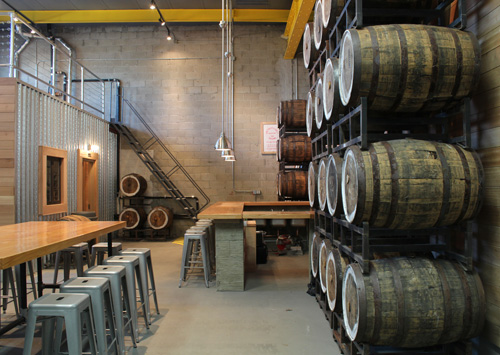 Photo by Nancy A. Ruhling
The brewery’s tasting room.

“I went from being a corner-office ad agency guy to a dishwasher — I was hired to clean the kegs,” he says. “It was awesome. It was my dream job because I got to experience every aspect of the business.”

Eight months later, he was promoted to brewer. “It was dumb luck,” he says. “Two guys above me quit.” 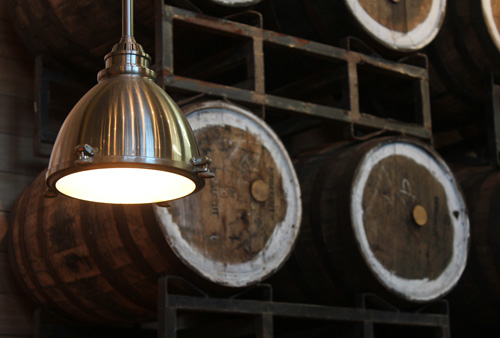 He stayed there for a couple of years and then a year and a half ago decided to open SingleCut, which takes its name from the body style of the electric guitars he plays in his band Bandsaw.

He sold his collection of vintage guitars to help finance the venture; SingleCut’s tasting room tap handles are shaped like guitar headstocks and necks. 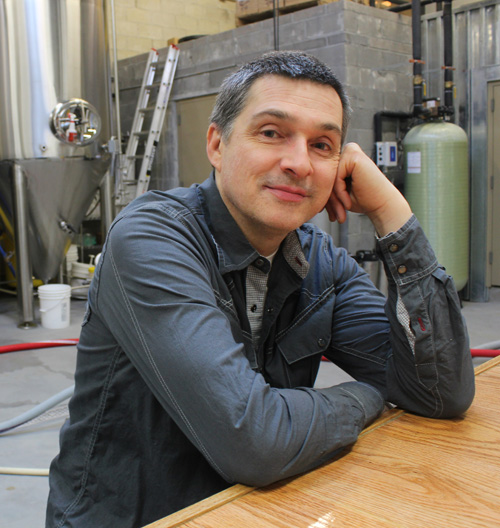 Photo by Nancy A. Ruhling
Rich has always been a fan of craft beer.

Rich scouted several locations and settled on an empty 5,000-square-foot warehouse that’s across 37th Street from Best Market and a bottle-cap throw away from Steinway & Sons, whose sign is visible from the brewery’s entrance.

“I’ve always had an affinity for Queens,” says Rich, who was born in Jamaica, Queens and raised in Long Island’s New Hyde Park. “And I wanted a place where I could be part of the community and have people visit.” 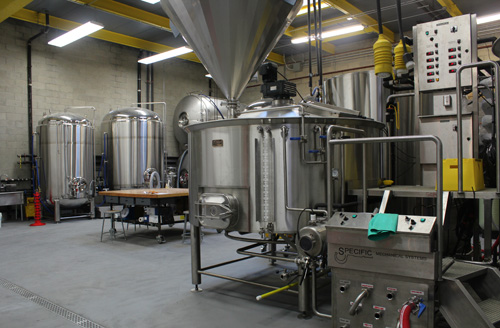 Photo by Nancy A. Ruhling
The giant gleaming tanks look like spaceships.

SingleCut’s making some two dozen premium beers, specializing in lagers and hoppy ales that are sold by the keg and growler and are on tap at select pubs.

“Our tagline is ‘mastery knows no shortcut,'” Rich says. “We always look for the best solution. My life in advertising was full of compromise. But SingleCut is a labor of love. Every beer is going to be made without any shortcuts.” 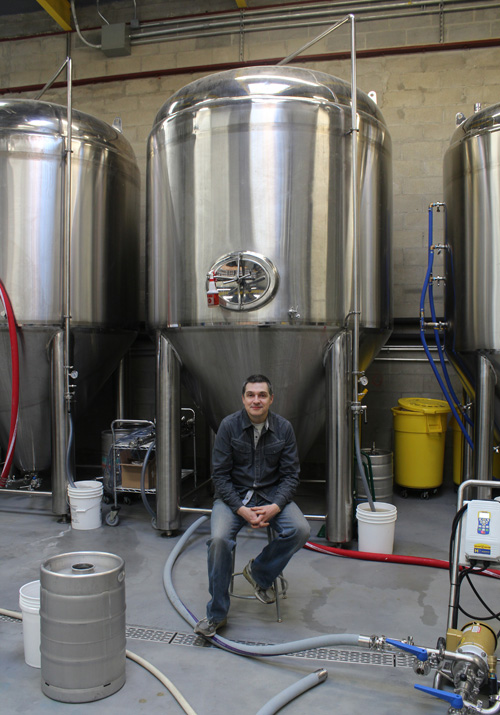 Photo by Nancy A. Ruhling
Someday, Rich will add a bottling or canning line.

The 30 oak barrels that Rich is so proud of were imported from the Caribbean island of Jamaica.

“They are rum barrels,” he says. “They are hard to source in the United States because no rum is produced here. These are nearly a quarter century old. They started out being used at Jack Daniels.” 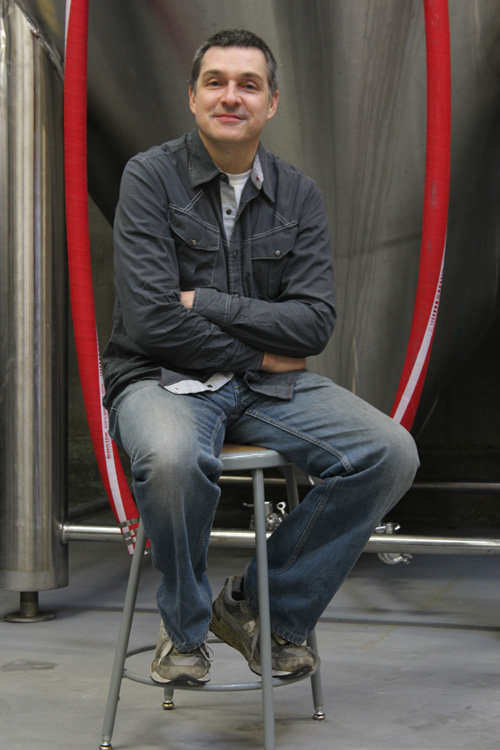 Photo by Nancy A. Ruhling
He’s looking forward to raising a glass with you.

SingleCut isn’t a bar, but it does have a tasting room for patrons and private parties. From it, you can see the walk-in refrigerator and brewery tanks. Upstairs, there’s a space for live entertainment.

Someday, Rich hopes to add a bottling or canning line.

“But we don’t want to be a national or global brand,” he says. “We are dedicated to New York City, and we just want to keep making the best beer.”

Rich is a realistic guy; he knows that expansion of any kind is thousands of barrels away.

“People think this is a glamorous job,” he says. “It’s not a big party. It’s really hard work.”