It’s early in the morning, and the first order of the day at Juuz.me is super simple. 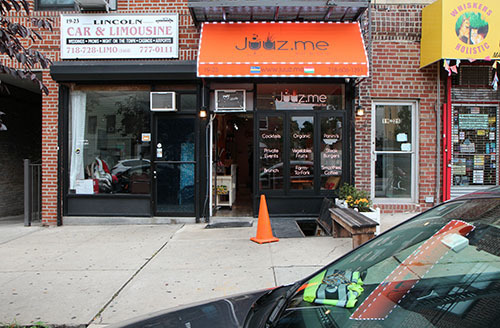 Zsolt “George” Csonka cuts a green apple, a peach and pineapple into chunks and pops them into the blender with some coconut water.

He takes the ice-cold smoothie, hip-health in every sip, to the woman making herself at home in the window seat. On his way back, he serves herbal tea and a warm croissant to customer No. 2. 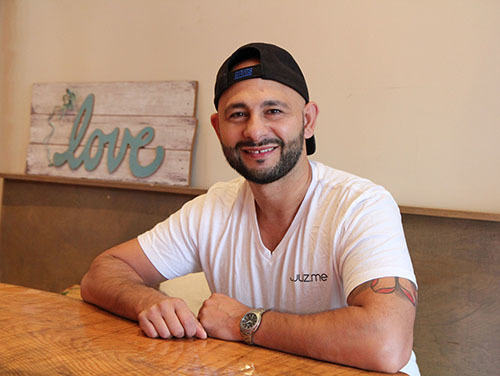 Photo by Nancy A. Ruhling
George is from Budapest, Hungary.

Before he opened the bar and grill in March 2016, George spent his restaurant career traveling the world, but these days he’s content to go back and forth continuously between counter and communal table in a space that’s the size of a ship’s cabin.

George, who is easy-going and effusively efficient, was born and raised in Budapest, Hungary, but circumstances sent him far beyond its borders long before he reached adulthood. 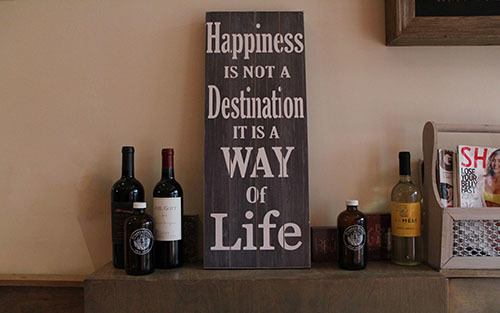 Photo by Nancy A. Ruhling
The place is small, but the positive energy is huge.

His mother died when he was only 14, and his father followed her when George was 20.

“I finished high school, and that was it,” he says. “I didn’t have money to go any further. I couldn’t find myself at home. I needed to travel, to have a change of scene.” 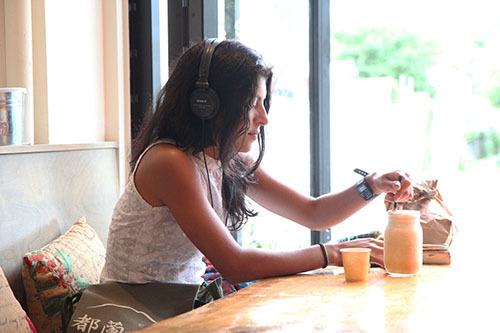 Photo by Nancy A. Ruhling
A customer starts the day with a smoothie.

He got a job at a restaurant in Budapest then worked in the kitchens of Royal Caribbean Cruises, Norwegian Cruise Lines and the five-star Madison Hotel in Morristown, New Jersey.

“I worked my way up to a top management position in food-quality control,” he says. “I saw a lot of the world – the Caribbean and Southeast Asia.” 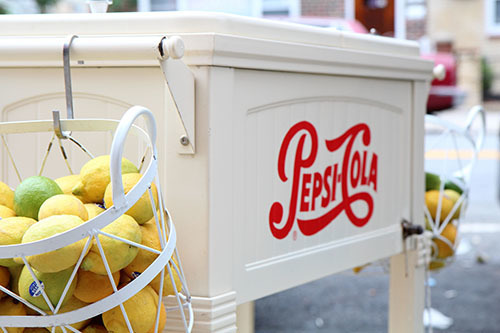 Photo by Nancy A. Ruhling
The fruits are fresh, the drinks are refreshing.

“I decided I wanted to continue my education, so I applied to the University of Las Vegas,” he says. “But I never went; I got there, but I didn’t like the city.” 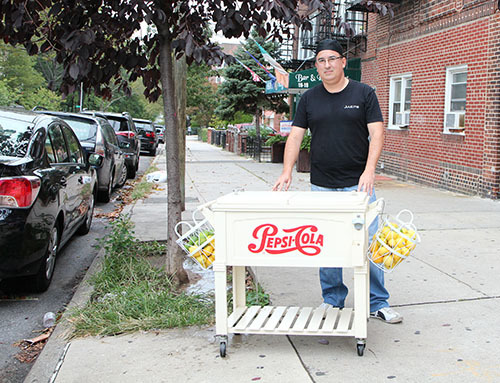 Photo by Nancy A. Ruhling
Alejandro Perez is all set for the breakfast crowd.

In 2009, he came to New York and enrolled in John Jay College of Criminal Justice, where he earned a bachelor’s degree in economics, with a minor in political science, in 2015.

“I never stopped working when I was in school,” he says. “I opened a restaurant consulting firm in 2010, and I still have it. I help people set up restaurants, doing everything from pre-opening inspections to licensing. I also defend restaurant owners in court when they get low-letter grades from inspectors.” 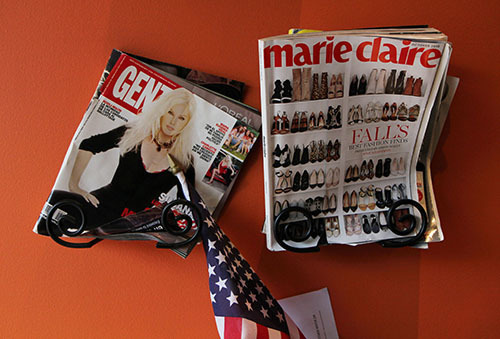 Photo by Nancy A. Ruhling
The decor is living-room casual.

It was the experience of working with some 3,000 restaurants that prompted George to create Juuz.me, whose cute name is a play on “juice me.”

“I chose this location because this end of Ditmars Boulevard is still relatively untouched and will be developed in the next three years,” he says. “It’s right on the way to Astoria Park, and there are a lot of people who live in the apartments here. Why should they have to walk all the way up to 31st Street to get coffee?” 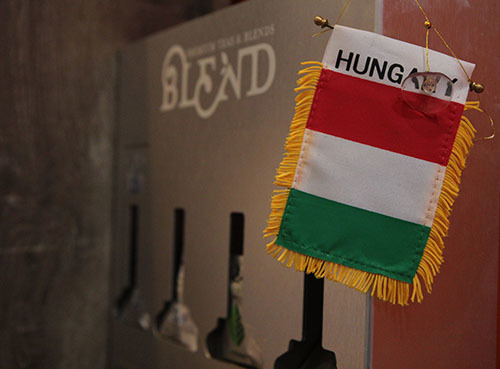 Photo by Nancy A. Ruhling
A reminder of home.

From its smiley-face name and pumpkin-orange awning to its inventive menu (where else can you imbibe elderflower fizzes, lingonberry mojitos and butternut-squash/mango concoctions called Rumchatas?), Juuz.me was designed to be different.

“We are the first restaurant in New York City with healthy choices of food and hand-crafted cocktails that pair natural vegetables and fruits with top-shelf hard liquor,” George says. 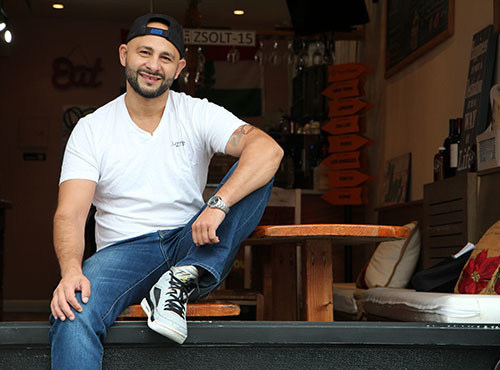 Photo by Nancy A. Ruhling
He’s looking to open Juuz.me No. 2.

If you’re not in the mood for alcohol, you can toast the day or night with smoothies like the Funky Monkey (mango, banana, peach, Greek yogurt and coconut milk) while noshing on granola French toast, Paris ham and Gruyère cheese paninis, steak burgers, crepes and croissants.

George, who runs Juuz.me with a staff of three, plans to open a Soho branch in 2018.

But that’s in the future; brunch is right now.