His wife, Ashley, points this out as she pulls on a pair of rubber ones the color of sunflowers. 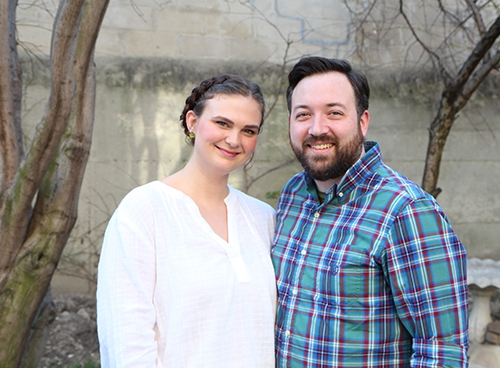 Ashley and Nick are the owners of Astor Apiaries.

They are getting ready to reach their hands into a hive filled with 5,000 buzzing bees, and she wants to make sure every vulnerable part of her body is protected.

She hasn’t been stung – yet – but Nick has. Eight times.

Nick, solid and self-assured, shrugs; it’s no big deal. Besides, he was a newbie when the incidents occurred. 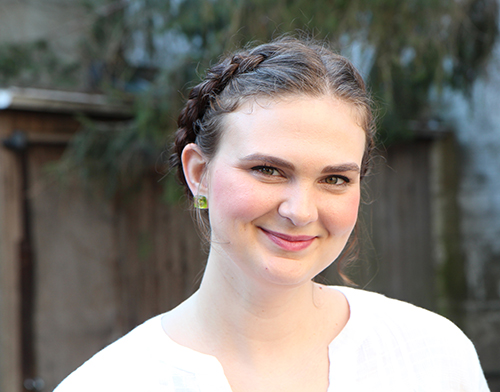 Ashley wanted to be an art conservator.

“Bare hands allow me to be more gentle with the bees,” he reminds her. “And it makes me more comfortable when I’m handling them.”

This is important, he continues, because bees are sensitive creatures.

They can, for instance, feel people’s fear, and that’s when they are likely to make a lightning-quick stinger strike.

“They’re not like wasps,” he says, “even though they have a common ancestor. Bees are their vegetarian cousins. They will not sting unless they are threatened. The instinct to do it is hard-wired into them to be a last resort because stinging literally kills them.” 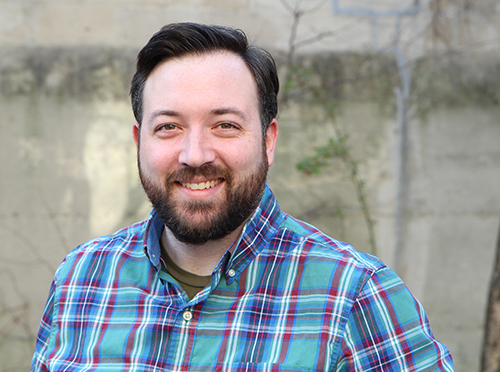 Nick had eyes on being an astronaut.

Her gloves stay on.

When they do don the sugar-white beekeeping suits that make them look like astronauts, she lets Nick take the lead.

It is he who opens the hive and pulls out the shelf-like honeycomb frames as bees buzz around his body like fighter jets. 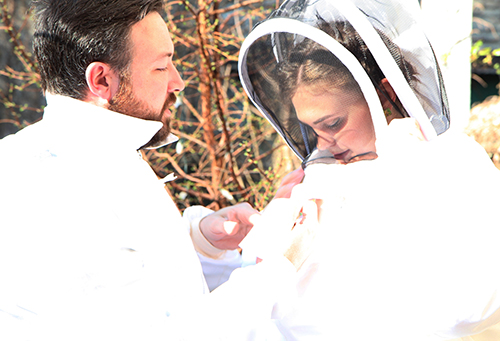 Nick and Ashley suit up to work the hives.

Nick and Ashley, who are 32, have been keeping bees (and the bees have been keeping them busy) since 2015, when Nick placed his first 10,000-bee hive on their rooftop. A friend added a second one of the same size, and things took flight.

“It was a hobby,” he says. “I had a lot of fun with those bees, and everyone wanted to buy honey, so we got more bees.”

Nick, who is a freelance animator, never thought he would be an urban beekeeper. 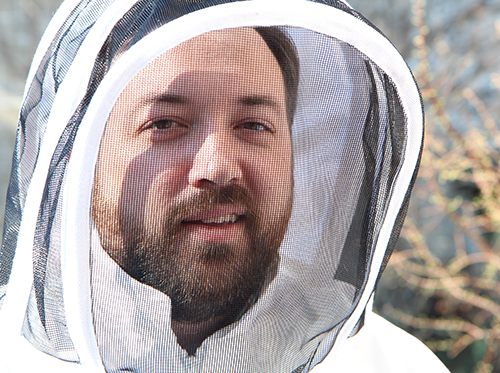 “I wasn’t even into honey,” she says. “But the first time I tasted ours, I fell in love with it.”

Nick, a native of Bossier City, Louisiana, who moved to Ocala, Florida when he was in high school, and Ashley, who is from Belleview, Florida, met when they were in different colleges in different states. 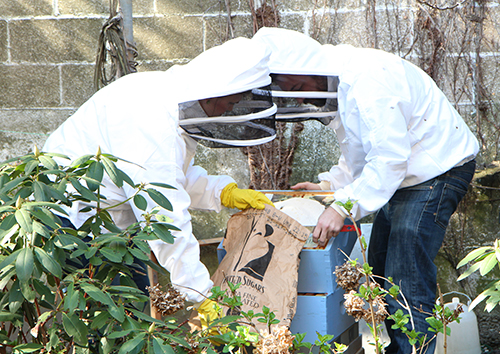 Ashley and Nick tend the hive.

With aspirations of becoming an astronaut, Nick was studying engineering and aerospace at the University of Central Florida in Orlando. He also was in the Air Force ROTC, hoping to pilot planes.

When an eye issue permanently grounded him, he switched to animation.

Ashley, meanwhile, was pursuing a degree in art conservation at the Savannah College of Art and Design in Georgia. 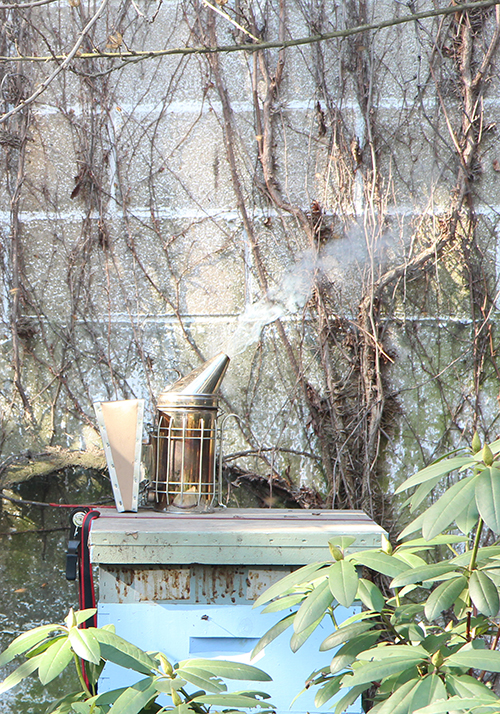 They met, through a mutual friend, when Ashley came back home for a visit.

“I moved back to Florida to go to UCF mostly because of Nick,” she says.

When she realizes how ridiculously romantic this sounds, she adds, “It also was because I got a scholarship that could be used at any state school in Florida.” 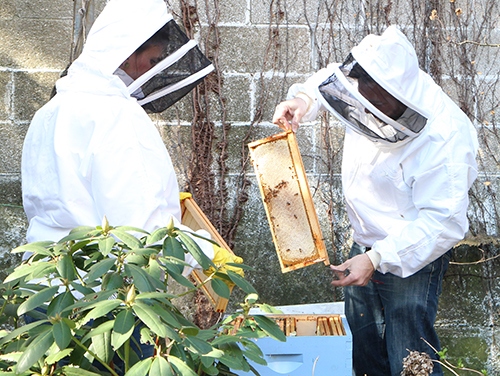 Nick and Ashley say hello to the bees.

Ashley, who wears her hair in milk maid braids and looks as though she’s just stepped out of a Pre-Raphaelite painting, smiles reassuringly at Nick.

“It seemed like the right thing to do,” she adds, “but love had a lot to do with it.”

Once they had their diplomas and got engaged, in 2010 they moved into a studio apartment in Astoria. 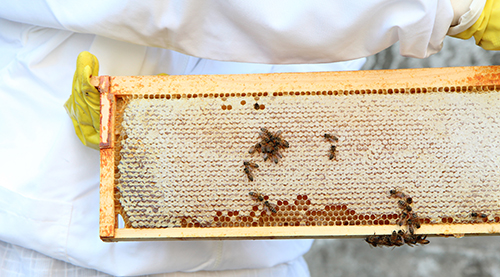 Getting up close and personal.

“We didn’t have jobs, but we had enough money to cover two months if we skipped a few meals,” Nick says.

Ashley got a position as a financial coordinator at Columbia University’s graduate school of architecture, where she still works as an associate director in finance, and Nick picked up freelance animation projects, eventually setting up his own studio, Wonderbot. 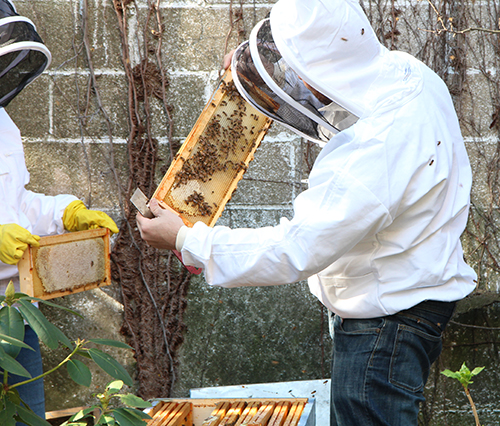 He added beekeeping around the time Parker, their 3-year-old son, was born, and was up to his elbows in honey when their daughter, Olivia, who is 1 and a half, arrived.

“I do the grunt work,” Nick says. “Ashley does the bookkeeping and goes out with me when she can.” 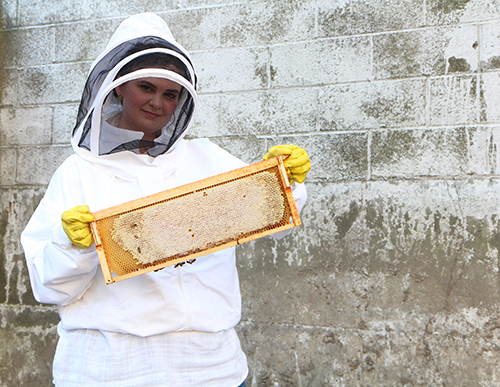 Ashley keeps the bees at bay with yellow gloves.

This year, their Astor Apiaries has 500,000 bees in 10 of its own hives. In addition, Nick and Ashley take care of a handful of others in Brooklyn.

Nick is looking forward not only to harvesting the late-summer honey but also to expanding his buzzing business.

And teaching his children all about the language of the bees. 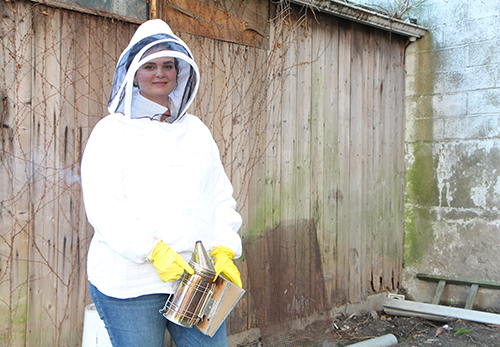 “When Parker gets old enough, which is only one or two years away, I will bring him around the hives,” Nick says, adding that he’s already taught the boy to be gentle around the insects. “And hopefully, he’ll get stung.”

A sting for her son? Ashley is horrified. 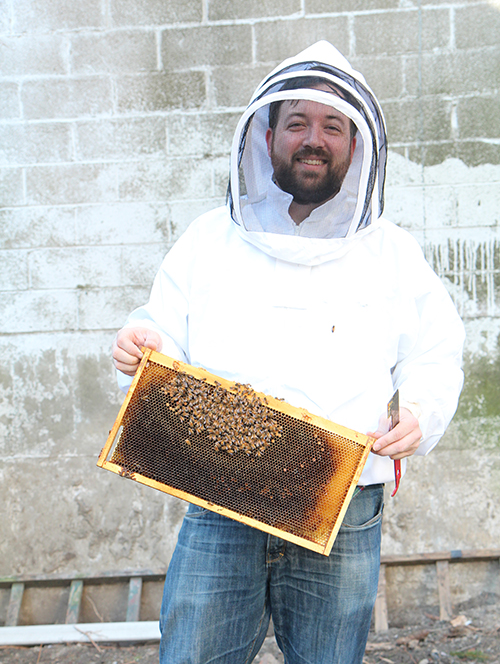 Nick’s smile says it all.

“That doesn’t sound right,” she says.

“He needs to have the experience,” Nick says.

Ashley lets the sentence fly right over her head.

Astoria Characters Day: The 2nd Family Reunion is Sept. 23, 2018. It is sponsored by Bareburger and Salt & Bone.