Look into my eyes.

Craig Mackay, a hypnotist, has brilliant, beautiful blue ones, but you’ll never hear him utter this command.

Instead, he asks you to sit on the striped sofa in his blue-walled office for a gentle conversation about your goals. 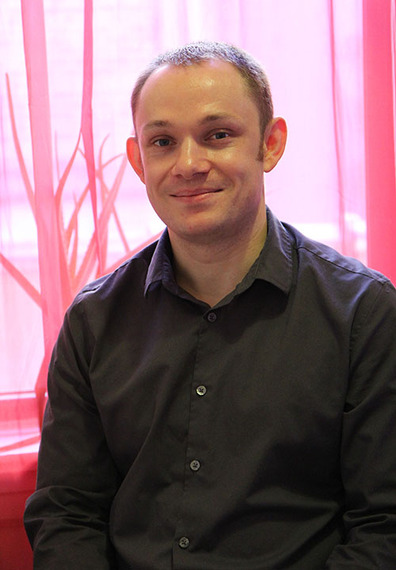 Photo by Nancy A. Ruhling
Craig is from Scotland.

Do you want to lose weight? Are you here to quit smoking? Are you afraid to go to the dentist?

Do you desire to boost your confidence? Are you trying to reduce stress?

Now that Craig knows the why, he can help you with the how.

Recline, please, in the snow-white Eames-like lounger. Loosen up. Put your feet up on the ottoman.

Now close your eyes, listen to the soft music and Craig’s lulling language and let them take you to a semi-slumbering suggestive state. 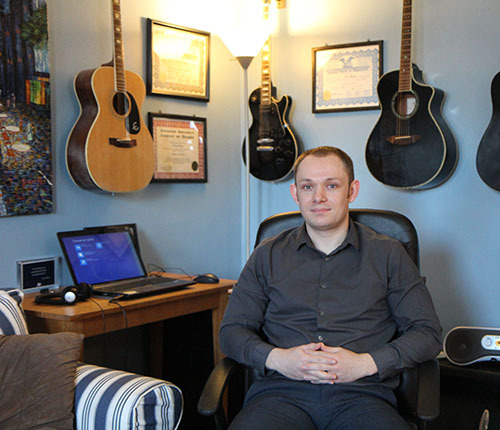 Photo by Nancy A. Ruhling
Craig’s office is designed to create calm.

Despite what you may have heard, there’s no Houdini-esque hocus-pocus in hypnosis.

“It’s all about creating a new lifestyle of thinking and being,” Craig says, adding that he’s never owned a pendulum or pocket watch. “If you change your thinking, you can change your actions.”

This may sound simplistic, but science has shown that repetition creates neural pathways in the brain. At some point, it becomes automatic to stick to the same route even if it’s more of a hindrance than a help.

“Hypnosis can create a trail in the jungle to reinforce the new pathways,” Craig says.

Change is something that Craig knows a lot about. He’s only 32, but he’s lived in three countries and on the ocean. He’s also tried on various careers.

He was born in Stornoway on Scotland’s Isle of Lewis. Actually, he doesn’t need to tell you this; his accent speaks for him. 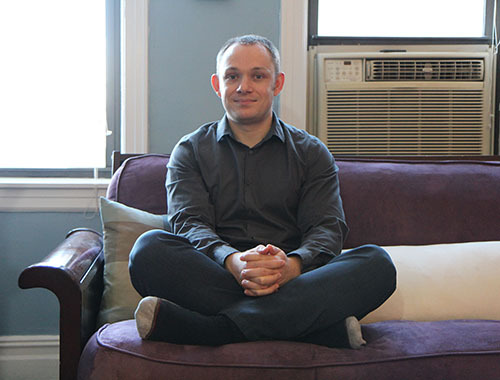 Photo by Nancy A. Ruhling
His first career was in the off-shore oil industry.

Most of his childhood was spent in the coastal city of Inverness.

“It’s close to where the Loch Ness Monster lives,” he says. “I went looking, but I always missed her.”

Things were swell until he was 11. That’s when his mother died of ovarian cancer. This was a shock on many levels, some of which he didn’t understand until he grew up.

For a short time, Craig and his older brother were sent to live with relatives in Newcastle, England.

Eventually, their father, who worked in the off-shore oil industry and was away for weeks at a time, had to quit to stay home to take care of them. 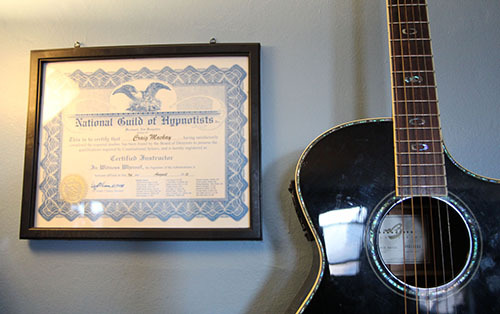 Photo by Nancy A. Ruhling
He opened his office in 2014.

“We went bankrupt and had to sell our house and live in a low-income apartment,” Craig says. “Later, my father returned to work, after he got a girlfriend, and she took care of us while he was gone.”

After Craig graduated from high school, he, like his father, went into the oil business. He got his training in the Merchant Navy.

“The navy paid for my college,” he says. “And it got me a job with Shell Oil.”

He held his second job, at National Gas Shipping Co., for a couple of years but grew weary of the 10-weeks-on, 10-weeks-off schedule.

“At first it was great,” he says. “But none of my friends were off for 10 weeks in a row, so it was hard for me to socialize or put down roots.” 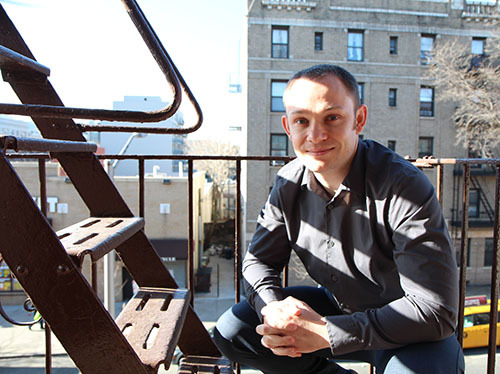 Photo by Nancy A. Ruhling
Craig also was a navigation officer on cruise ships.

“I wasn’t sure what I was going to do,” he says. “I had gotten interested in reiki and spiritualism and had gone to hypnosis sessions to boost my confidence. The hypnosis really lit me up.”

He ended up working as a navigation officer on a cruise ship, a change that really did change his life because it brought him a wife. 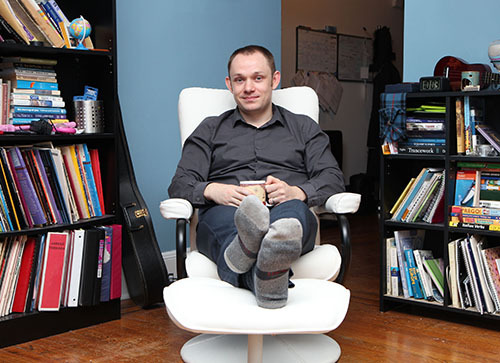 Photo by Nancy A. Ruhling
Craig’s mantra: Change your thoughts, change your life.

“She was a singer in the house band,” he says. “One of her friends came to visit and as I did with all guests, I ran her through a lifeboat drill. She invited me to drinks and dinner.”

But things almost didn’t work out because she got a job on a different ship. Craig followed her to New York, and in 2011, he proposed to her at the Eiffel Tower.

In 2012, the year they married, Craig got his hypnosis certification.

“I was forced to find a different career because the U.S. didn’t recognize any of my navy licenses,” he says.

The shift to hypnosis, a subject Craig became fascinated with, seemed natural. 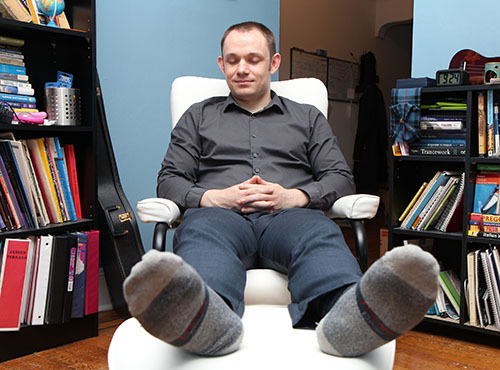 In addition to working with people in one-on-one sessions, he teaches and offers reiki sessions.

“I take people out of the present moment and connect them with change,” he says. “The solution is inside of them, and I bring it out.”

Craig is not really sure where his practice will lead him, but he’s eager to create new neural pathways.

“Maybe hypnosis isn’t the end of the road for me,” he says. “Someday, it would be great to have a center that offers a variety of body-mind solutions that include everything from massage to reiki.”

Look into his eyes: You can see it, too.