At the mention of ice cream, a smile beams like a rising sun on Dolma Yangchen‘s solidly serious face.

Photo by Nancy A. Ruhling
Dolma came to New York from Tibet seven years ago.

In Tibet, where she comes from, people don’t eat much of the cold, creamy treat. The food is spicy, not sugary.

When she was a little girl, she had the good fortune to taste it a couple of times, and its sweetness lingered in her vanilla life. 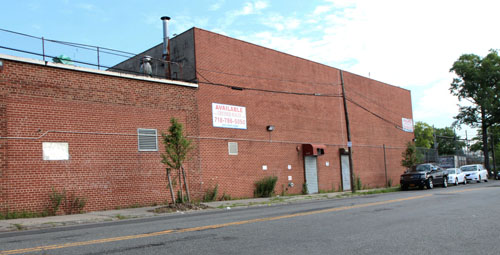 Photo by Nancy A. Ruhling
Fal Foods’ factory is on 49th Street.

She ties on her apron and rolls her long black hair into a bun. She crowns her head with a white mesh net. Its elastic rim carves a groove into her brow.

The 2,400-square-foot factory, where she supervises eight workers, is her home base. There is no place she would rather be. 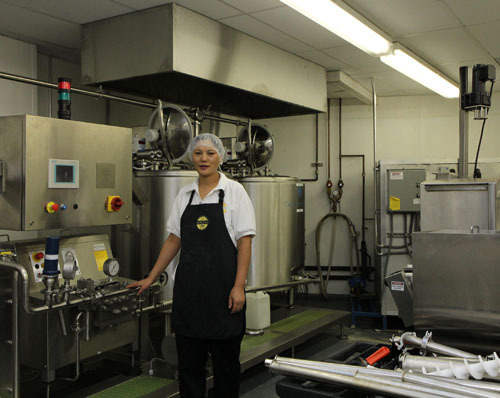 Photo by Nancy A. Ruhling
She’s eager to go to work.

She likes it so much, in fact, that she is on duty six days a week — five at the factory and one at Brazilia Café, the company’s new NoHo coffee/dessert shop.

Dolma, a tall woman with a ploughman’s plump hands, has only been in America for seven years.

Aside from ice cream, particularly DF Mavens’ New Orleans Salted Praline, she has developed a taste for pizza and hamburgers. She doesn’t know what a hot dog is. 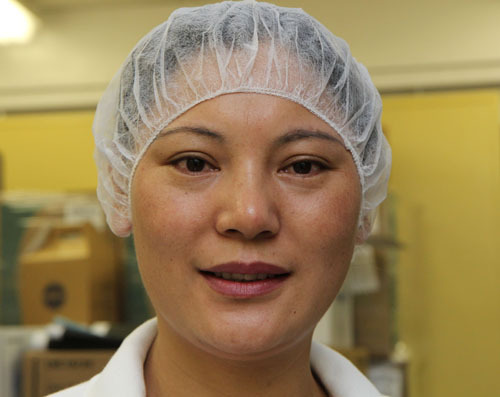 Photo by Nancy A. Ruhling
Dolma was raised on a yak farm.

She knows nothing of the big, wide world, and she makes no apologies for this. She was raised Muslim in a land of Buddhists. Her parents owned a yak farm in Amdo Ngawa County, and she and her three sisters spent their young years caring for the herd of 200 big-horned, buffalo-like animals.

“In the summers, we used to go to the mountains so the yaks could eat more grass,” she says. “I was the youngest, so I never had to milk the yak. But my mother used to get up at 4 in the morning to do it.”

Like every other immigrant, Dolma came to America in search of a better life. On balance, she more than accomplished that goal. 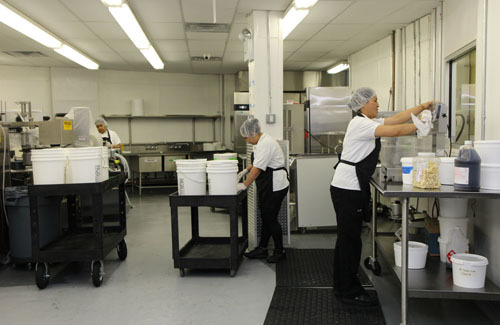 Photo by Nancy A. Ruhling
The factory can produce 2,000 gallons a week.

One of her sisters had settled in White Plains and urged Dolma to join her. They rent a little house that has a garden where they grow flowers and vegetables.

Dolma, who only knew how to count to 10 and say “thank you” in English, got a job as a waitress in a Chinese restaurant in Manhattan.

“I speak Tibetan and Cantonese, but the food was different,” she says. “I made a lot of mistakes.”

She looks ashamed when she says this. 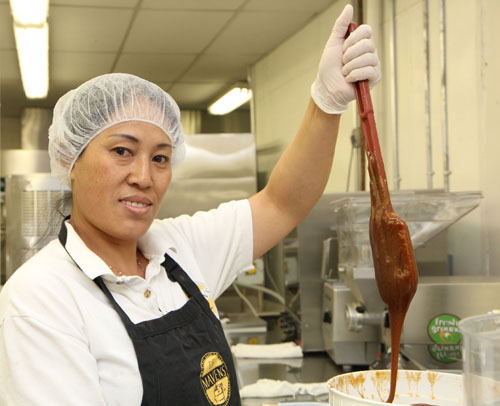 After three years, she landed a job with Fal Foods, which was based in New Jersey.

“The first day, I made fudge,” she says. “I didn’t know what it was. It took me about four months to learn to make ice cream right.”

In Tibet, Dolma only got as far as high school. She longs to go to college, and even signed up for a semester. 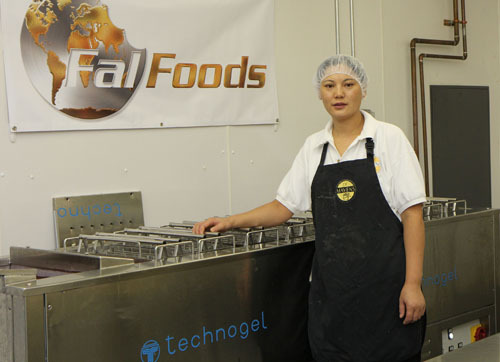 Photo by Nancy A. Ruhling
She hopes to earn a college degree and have a family.

“I only went to class three or four times because I am working so much,” she says. “But every minute I get, I read. I love history books.”

Dating is another thing that she doesn’t have time for. At 33, she’s never had a boyfriend. Someday, she’d like to have a family.

But Fal Foods comes first. For the moment, Dolma’s satisfied with taking home her paycheck and two pints of free ice cream every week. 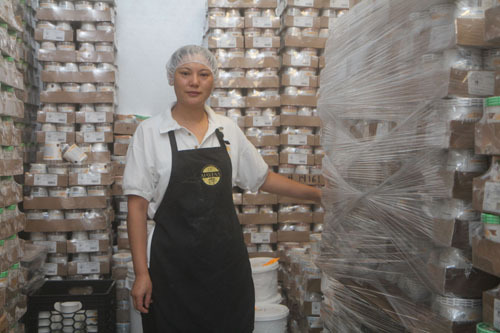 Photo by Nancy A. Ruhling
Dolma wants to put a pint in every supermarket.

The block-long red-brick factory, which is where Sabra used to produce hummus, is across 49th Street from St. Michael’s Cemetery.

It can make up to 2,000 gallons per week, and Dolma is determined that it will reach this goal even if it means putting her personal life on hold until her next lifetime.

“I want to create a lot more flavors,” she says. “And I want to see DF Mavens in every supermarket in the world.”

Dolma tells her story succinctly and self-consciously. Nobody has ever cared enough about her to ask her about her life. 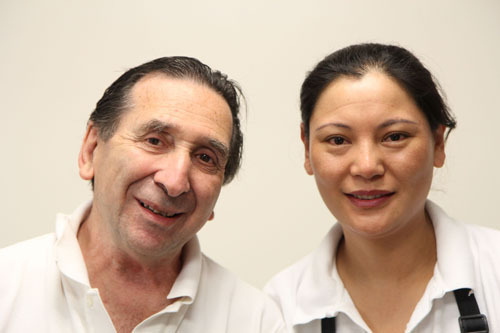 Photo by Nancy A. Ruhling
Malcolm says Dolma is like family.

To get the real scoop, you have to talk to CEO Malcolm Stogo. He’s the guy who’s sitting behind the big-boss desk.

The founder of Ice Cream University, he’s a legend in the field. Short and slim, he snacks on DF Mavens every night.

He immediately mentions that Dolma forgot to mention that she runs the company’s how-to educational seminars. 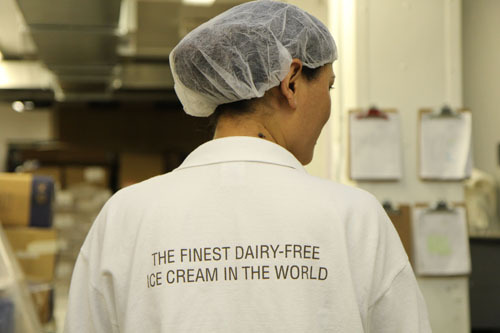 Photo by Nancy A. Ruhling
Dolma’s shirt says it all.

There are probably a lot of other things about her, sacrifices big and small, that he doesn’t know about and that will go unrecorded. But he can tell you that she’s the cream of the crop.

“Dolma’s the best employee we’ve had in 25 years,” he says. “She gives 110 percent, and she never turns me down, which is kind of stupid.”

He searches her face, but it’s clear she doesn’t get his joke.

“Twenty years from now,” he continues, “I see her being the CEO of some company.”

Dolma blushes and turns her dark eyes to the floor.