There’s music playing when Marc Gross opens the door. Cara Samantha, his wife, is sitting on the sofa. She’s not singing, merely speaking softly, but her sultry voice relegates the famous one on the CD to deep background. 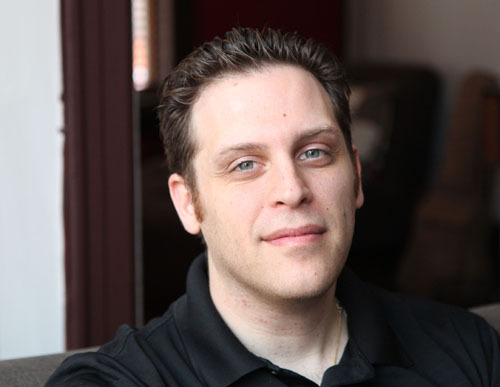 Photo by Nancy A. Ruhling
Marc is a lawyer with Condon & Forsyth.

Cara, a singer/songwriter, and Marc, a litigating lawyer, are recently wed. Circumstances forced them apart geographically for three years — an eternity for true lovers — and this is the first apartment that marries their names on the lease.

“While Marc was away, I kept subletting apartments and moved every three months,” Cara says. “When we got married, we subletted for a year in Woodside and put our wedding gifts in storage. We didn’t unpack them until we moved here.”

Eagerly, they have merged every square inch. The second bedroom serves as a home office for Marc and a music room, complete with guitar and keyboard, for Cara. 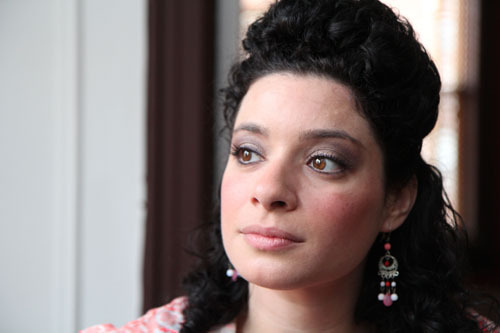 Photo by Nancy A. Ruhling
Cara’s a singer/songwriter.

Cara and Marc met seven years ago — friends introduced them at a Manhattan bar — but when they look into each other’s eyes, it’s as if they are seeing each other for the first time.

Cara, whose head is crowned with a crescendo of cascading curls the color of raven’s wings, sang her first notes in Massapequa, Long Island, where she grew up. She was 3 when she belted out Sinatra’s New York, New York on a cruise ship during a family vacation.

Singing put her in tune with life, and when it came time for her to go to the University of Miami, it was only natural that she would major in music and theater. 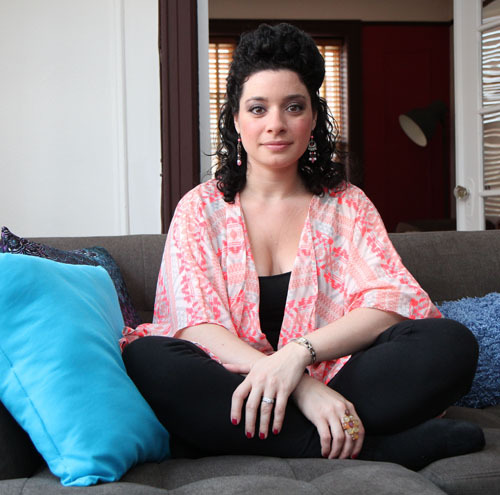 Her EP is titled Out the Door.

“For me, music has always been an escape, a way to lose myself,” says Cara, a mezzo-soprano whose vocals channel Mariah Carey, Natalie Cole and Sinatra.

Marc, a serious-minded man who claims he is clumsy in front of a camera, grew up in Annadale, Staten Island. Like Cara, he was interested in the arts; he saw things with the eyes of a novelist.

That’s why he majored in English at Hunter College. But for him, politics proved mightier than the pen, and he began looking into law school. 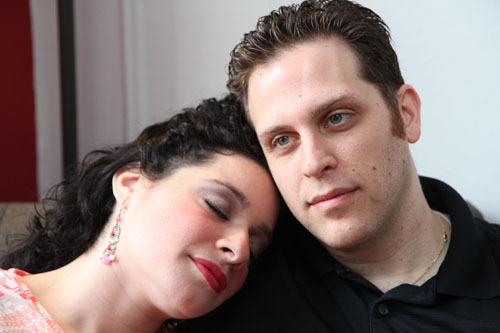 Photo by Nancy A. Ruhling
They spent three years in separate states.

He was just about to apply when Bill Clinton offered him a job as an intern with his newly opened Harlem office and foundation, and he couldn’t pass up the opportunity.

“I was only going to stay a year,” he says and laughs. “But I didn’t leave for seven, working my way up to comptroller and traveling all over the world with the former president. But I never forgot about going to law school. Working for Clinton reinforced the idea because I got to work with his senior advisers, who had legal backgrounds.”

By this time, Marc had fallen in love with Cara, who was performing and auditioning for parts in musicals, which is where her voice felt most at home. 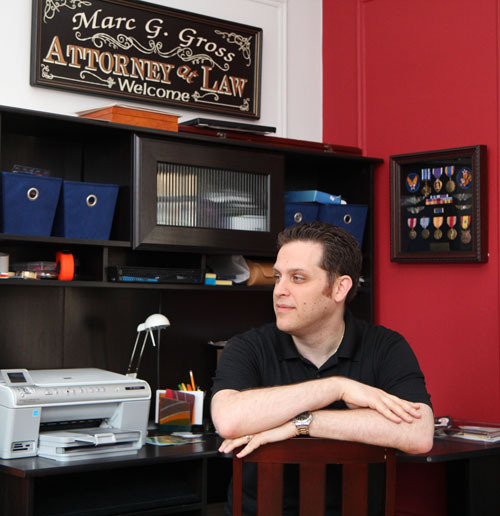 Photo by Nancy A. Ruhling
The firm Marc works for specializes in aviation law.

When Marc decided to go to law school at Emory University in Atlanta, Cara took a long-term performing gig on a cruise ship.

“I decided that since we were apart anyway, it wouldn’t hurt to put an ocean between us,” she says. “It was a real challenge personally and professionally. Not only were we apart, but I had to learn the words to 300 songs immediately.”

In 2011, she tried out for American Idol. When she didn’t make the second cut, she repeated her performance in 2012 but didn’t get much further. 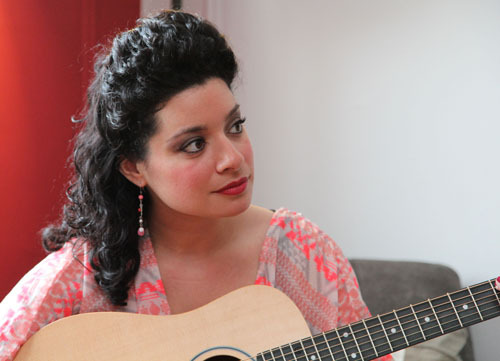 Photo by Nancy A. Ruhling
She’s trying to learn guitar.

“I was so devastated that, for the first time, I started writing my own songs,” she says. “And that took me to a whole new level, so those failures ultimately were good for me.”

They married in 2012, and Marc took a job with Condon & Forsyth, which represents commercial airlines.

“I love the law; it trains your mind,” he says. 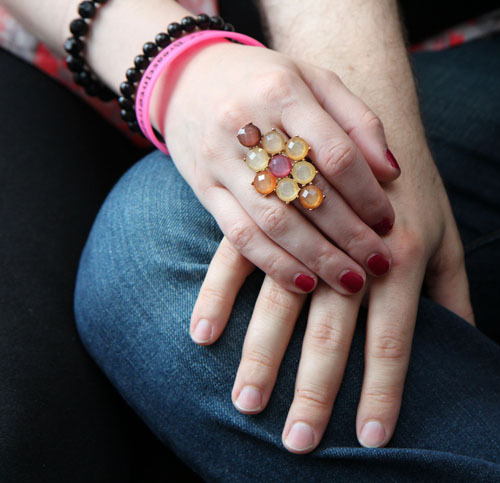 Photo by Nancy A. Ruhling
Always together even when apart.

Every so often, he gets a call from Clinton to work on the former president’s advance team.

As for Cara, she has produced her first EP, Out the Door, and recorded the single Stay This Christmas, a sentimental longing-for-you-while-we’re-parted ballad.

Right now, she’s trying to teach herself to play the keyboard and guitar set up in the second bedroom, but she admits that she hasn’t gotten far beyond the scales.

“Ideally, I’d like one of my songs to get commercial placement in a movie or on TV,” she says.

In between performances, she’s working as an events coordinator, setting up corporate wellness programs.

While Cara is playing for center stage, Marc is focusing on a different spotlight. 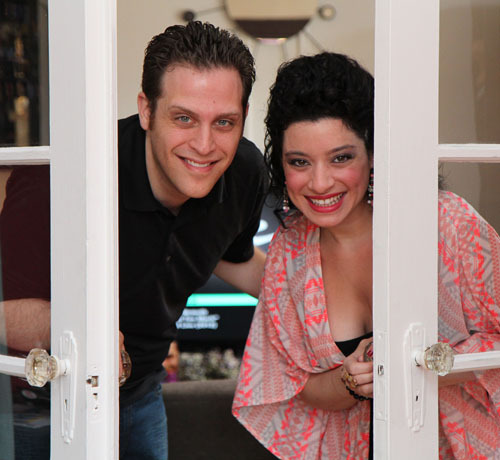 Photo by Nancy A. Ruhling
They’re waiting for the next doors to open.

“I see myself in elected office,” he says. “Eventually, I’d like to run for senator or governor.”

Cara shakes her head no. “He’s going to be president!”

Marc just looks at her and smiles indulgently.