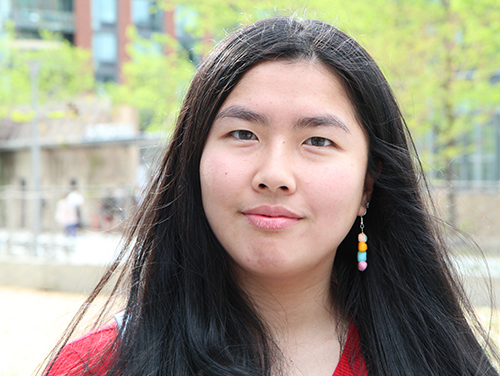 Keiko is from Jakara, Indonesia.

She mentions this as she walks past the floor-to-ceiling shelves of shoes in the entry hall of her studio apartment/art studio.

The featured footwear is displayed in curated lines, toes provocatively pointing out. From earth-tone Uggs to blue-sparkled sneakers, they fashion themselves into a 3-D self-portrait of their owner. 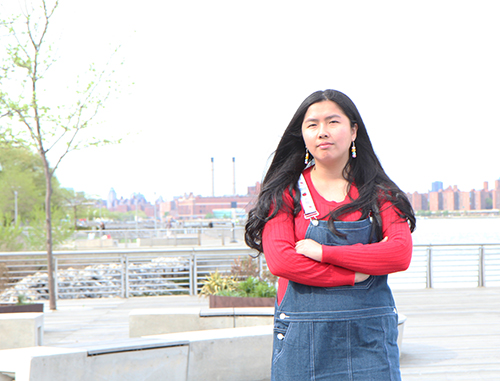 Keiko is a graduate of the School of Visual Arts.

How many shoes does Keiko have? She doesn’t know offhand. She guesses 20 pair and is exceedingly surprised when she does a quick count and comes up with more than 50.

She wears most of them. The high heels, though, are mostly for show. 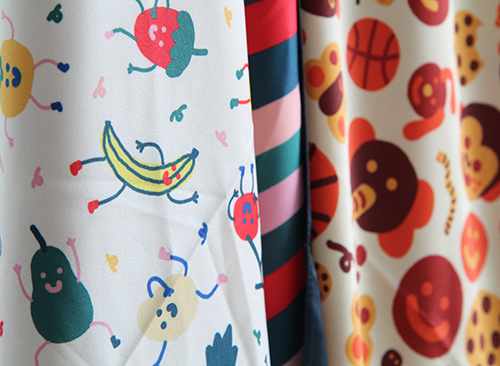 In the white-walled space that serves as her living room/bedroom/dining room and work room, there is another collection: plush Disney Tsum Tsum dolls, some still in their boxes, sit side by side to form a curated Greek chorus of critics who comment on Keiko’s creations.

One group rests beside her bed. Another sleeps in front of her, and the other frames the glass wall that overlooks the East River.

Keiko, who is an illustrator, uses them as character references for her cartoon-centric products, which range from tote bags and T-shirts, stickers and silk scarves to pop-up books, art prints and dangle earrings. 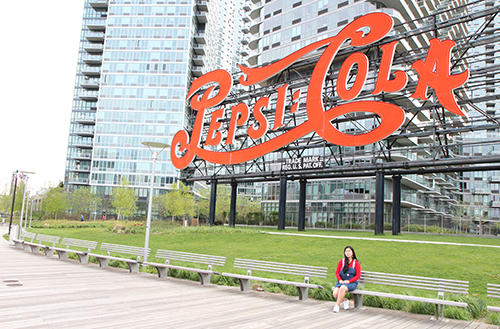 Keiko likes to walk along the East River to clear her mind.

“My art is playful,” says Keiko, who is wearing a Hello Kitty denim overall dress, a red blouse and bright white sneakers. “I want it to make people happy.”

That’s why she puts faces on fruit, draws blue boots on dancing sausages and pairs flying saucers and aliens with errant socks that sail through the air like rockets.

When she was growing up in Jakarta, the capital of Indonesia, Keiko was captivated by American and Japanese cartoons and imagined herself living and working in New York City. 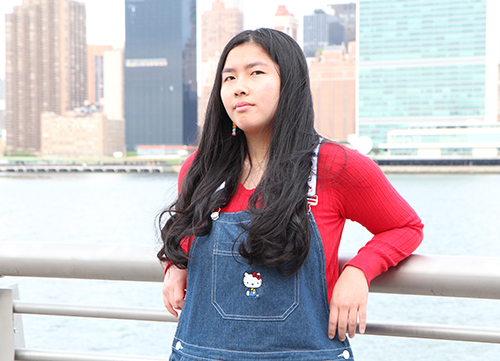 Her patterns adorn everything from tote bags to T-shirts.

“My dad, who is Japanese, was always bringing me toys and pop-up greeting cards from his visits there,” she says, adding that she was brought up speaking English and Japanese as well as Indonesian. “And I thought, ‘I want to do the same thing.’”

Early on, Keiko, who loves Wes Anderson films and every dog she meets, decided that her art should do more than merely hang passively on the wall.

“I wanted people to see it on things,” she says. “When I say things, I mean everything.” 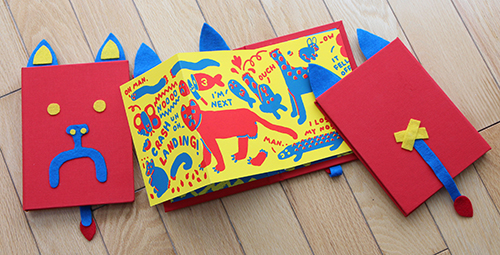 A Keiko art book with an animal-themed beginning, middle and end.

After studying the technical aspects of art in high school, she came to New York City to attend the School of Visual Arts, where she earned a bachelor’s degree in illustration.

“I never considered painting,” she says. “I don’t enjoy it.”

Since she graduated in spring 2017, Keiko has been working hard at establishing herself as a freelance illustrator. 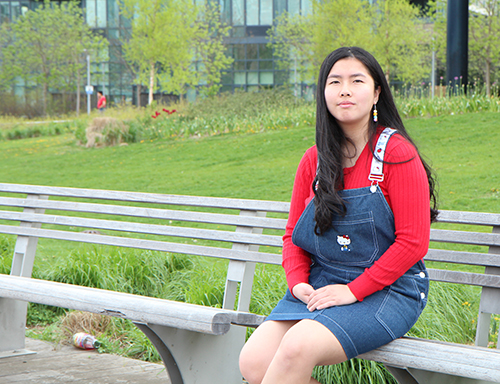 Right now, her studio apartment doubles as her art studio.

In addition to an internship as a studio assistant to an illustrator one day a week, Keiko has set up her own business, KN.YAMAZAKI, to sell the products she creates. Its moniker is a creative combination of her initials and her family’s last name. Several times a year, she sells her creations at craft fairs.

Although she does get together with friends and even plays soccer once a week, work is her priority.

“I don’t rest until I finish each project, so my sleep schedule varies,” she says, glancing at her bed, which is outfitted with a colorful comforter and doubles as a sofa. “I live right by the East River, so I like to take walks when I need a break.” 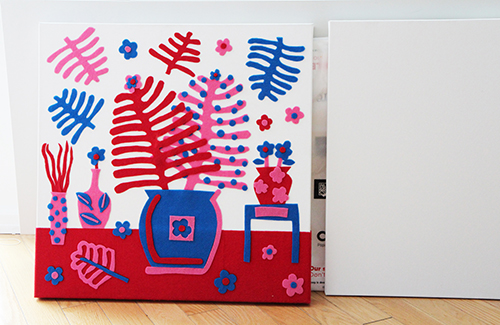 One of Keiko’s felt-work pictures.

Her hard work is paying off in a big way.

“I was so happy because everyone who was in the annuals was very established,” she says, adding that the recognition is worth far more than money.

Although she’s not quite financially independent, she knows she eventually will be. 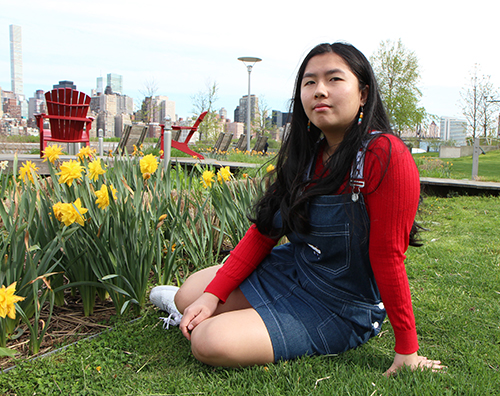 She’s on her way to a full-time freelance career in illustration.

“My parents are very supportive of what I’m doing,” she says. “There is no work in Indonesia for illustrators, so they told me to stay here and make a living.”

She talks about getting a separate art studio then all but dismisses the idea – it’s more convenient to live and work in the same space. The commute from drawing board to bed is easy and enviable.

“I want to do my illustrations full time,” she says. “I’m still working toward it.”