“Do you like cats?” That’s Lauren Shpall’s greeting when she opens the front door, one ebony and one ivory feline at her feet who are pushing their noses against the navy blue plush of her fluffy Chicago Bears house slippers.

She steps into the living room, where the sun streams in through the cranberry curtain, the one the cats like to play hide-and-seek in. The room gets its rosy glow not so much from the hue as from Lauren’s bubbly theatrical personality.

Lauren perches on the sofa, Shiva, the black beauty, snuggles in the chair and the snow white Chuck prowls the place on little cat paws. 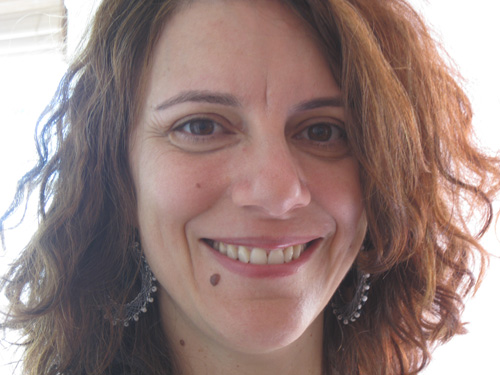 Photo by Nancy A. Ruhling
Lauren’s from LA, where all the world’s a play.

Does she look OK? She’s not wearing makeup, and she’s not dressed for a photo shoot. These things are important to her because ever since she can remember, the world has been her stage.

She’s always wanted to be an actress, and in fact, when she was growing up in Los Angeles, she nurtured notions of being famous.

“I’m a middle child, so everything was about being seen,” she says, pushing her curly chestnut locks behind her ears to reveal silver earrings that look like chandeliers. “But too much attention was terrifying. Theater helped me find my own voice.”

In the beginning, she followed the conventional path to the stage by doing serious studies. She earned a bachelor’s degree in theater from UCLA then studied Shakespeare for a year at the London Theatre School. That set the stage for what would become a career of using the theater to spotlight political and social issues.

Before long, she was putting on themed plays about AIDS and prostitution at juvenile detention centers in Los Angeles. “I had a captive audience,” she says. “They were very engaged.”

Those gigs literally unlocked the jail doors for her, and she became a solo act, teaching the arts to kids who found themselves on the wrong side of the law. Then, about a decade ago, she packed her bags for New York City, where she earned a master’s degree from New York University’s Gallatin School for Individual Study. The subject — prison theater — was of her own creation, and she became a teacher at Rikers Island’s high school. 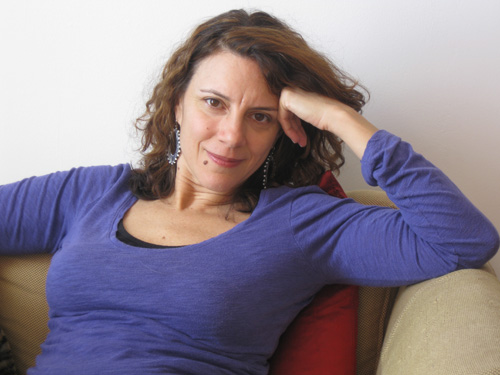 As a prison teacher, Lauren taught adolescent boys everything from language arts to social studies and taught GED skills to female inmates.

Each day, Lauren was passed through an elaborate checkpoint system, each level sealed with the frightening slam of a large metal door. The students, who ranged from murder suspects to thieves, were marched from their cells to the classroom, where Lauren tried to get them to change their lives, if only for a second.

“There were lots of discipline problems,” she says. “One of my students did get killed in his cell. And I did feel in danger at times. One time, there was a fistfight in class; every time there was trouble, I just walked out of the classroom, and the corrections officer took over.”

Whatever subject Lauren was teaching, she added a bit of drama to it. “There were many beautiful ‘aha’ moments, where the inmates would say, ‘Thank you, Miss.’ There was a lot of laughter and a lot of learning.”

One student, for example, was thrilled when he wrote his first essay, and Lauren displayed it in the classroom. When she taught one youngster to do a headstand during a yoga class, he was so excited that he told her, ‘Miss, now I want to teach you something.'” 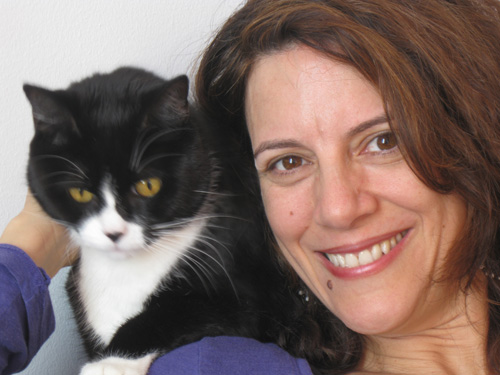 Photo by Nancy A. Ruhling
Lauren is an actress at heart even if the stage is her own living room.

After four years at Rikers, Lauren felt the need to liberate herself.

“I had the freedom to create alternative, creative programs such as an awesome yoga club where I taught yoga and meditation. I also had incorporated drama into all my classes. Then my program was dismantled,” she says. “This was very frustrating because the new administration only cared about data collection and numbers, not the socio-emotional well-being of the students.”

Leaving Rikers was one of several recent changes Lauren’s made in her life. She has a new apartment, and recently she got married. “We had a small ceremony in Vegas,” she says. “It was a last-minute decision; we were going there anyway for Thanksgiving at my brother’s new house. I borrowed a white dress from a friend.” 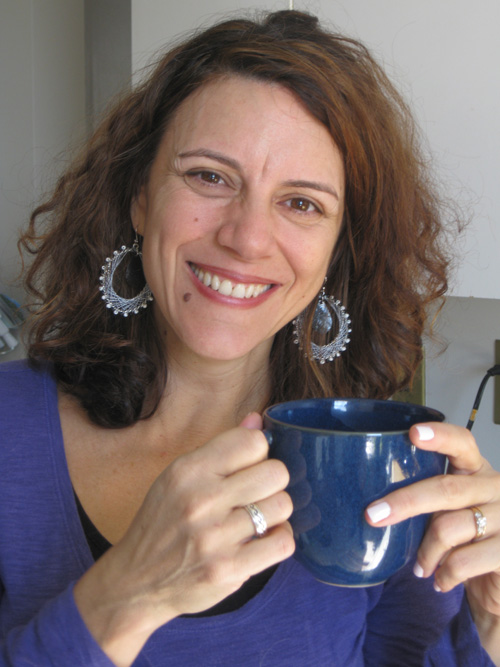 Photo by Nancy A. Ruhling
Lauren hopes to resume teaching in a prison classroom someday.

Although she’s teaching theater at the Bronx Leadership Academy, Lauren’s heart is still at Rikers. “I really want to go back someday,” she says. “I have dreams of starting a nonprofit and creating a troupe of female inmates who can be theater educators when they are released.”

Lauren has other dreams, too. “I’ve always wanted to be discovered,” she says almost apologetically. “And I’d love to go back to school for a social work license and do psychodrama. There’s something really beautiful about working with the prison population.”

But she’s taking things slowly. That, she says, is the biggest lesson she learned as a prison teacher.