It’s early in the morning when Nick Robyn sprints up the stairs of his three-floor walkup.

He’s headed to the roof. 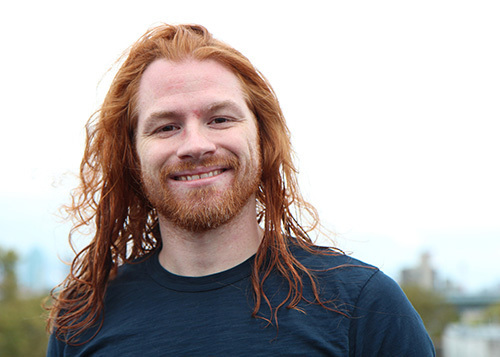 Photo by Nancy A. Ruhling
Nick is a personal trainer.

He can tell you what he does for fun and for a living, but it’s easier if he shows you.

He puts on his boxing gloves and strikes a fierce pose, his Game of Thrones locks, the color of caramelized carrots, cascading down his back.

He tosses the mitts aside kicks his leg into the air, scowling as a sign to all to beware. 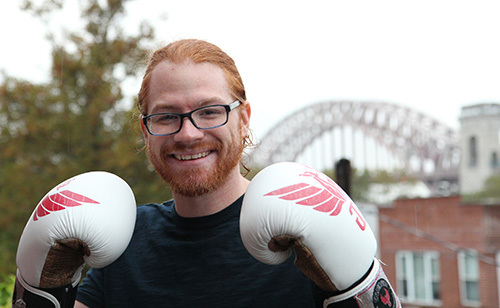 Photo by Nancy A. Ruhling
He started gymnastics at age 4.

If these moves seem natural, it’s because Nick, a personal trainer, took his first gymnastics class at the tender age of 4 and added martial arts when he was 5.

Nick, who stands tall and supremely serene, was born in Brampton, Canada, but it was in the USA that he learned the hand backspring and hook and hammerfist. 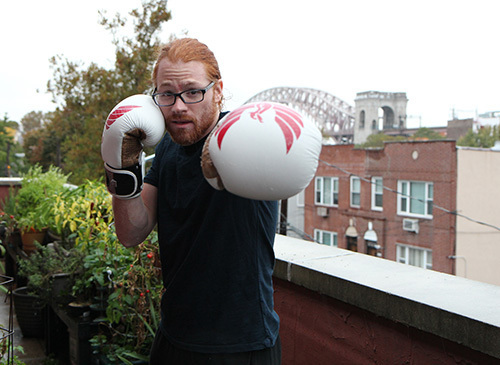 Photo by Nancy A. Ruhling
He picked up martial arts at 5.

His mother was single – Nick never met his biological dad until he was 11 — and when she married around Nick’s third birthday, the new family moved to the outskirts of Detroit.

“I was diagnosed with ADHD,” he says. “I was running circles around the other kids. She thought these sports would help me.” 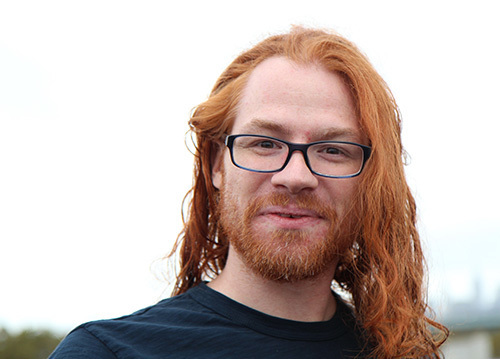 Photo by Nancy A. Ruhling
Nick was born in Canada.

Soon, Nick was competing in 40 martial-arts tournaments a year, which didn’t leave him much time for gymnastics.

When he had to choose, he gave up the somersaults at 8 because “I decided I would rather punch instead.”

When he got burned out at 16, he switched to fencing for three years. 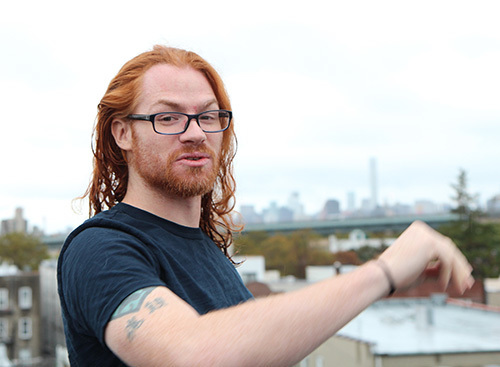 Photo by Nancy A. Ruhling
Let the fight begin.

“I brought a martial-arts rhythm to it,” he says, adding that he took up boxing and kickboxing at 22.

Nick was used to competing, but he just couldn’t make college work out. 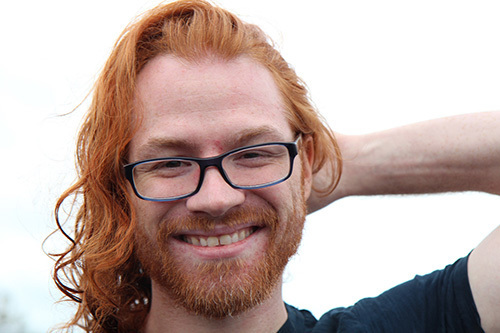 Photo by Nancy A. Ruhling
Don’t let the smile fool you.

“I didn’t know what I wanted to do so I went to a community college,” he says. “I studied culinary arts, but it wasn’t for me.”

He dropped out and took a job at The Home Depot while he considered his future.

“I was young and dumb and got involved with the wrong crowd,” he says. “I got into a bad fight outside a club. These guys came at me with 2x4s and played Ping-Pong with my head. This was my epiphany moment; I knew I had to get my life together.” 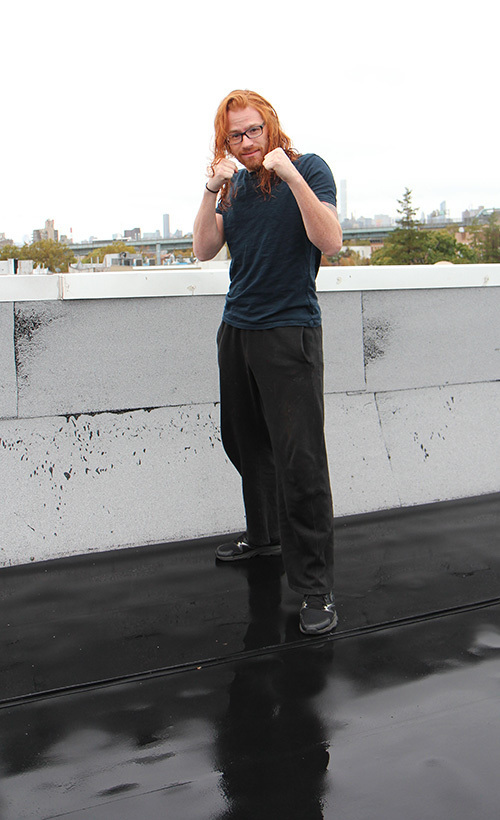 Photo by Nancy A. Ruhling
Go ahead, make my day.

When his broken nose and other injuries healed, Nick re-connected with his high school friends. They were into music, and he started managing them.

“I liked it because I was helping people,” he says. 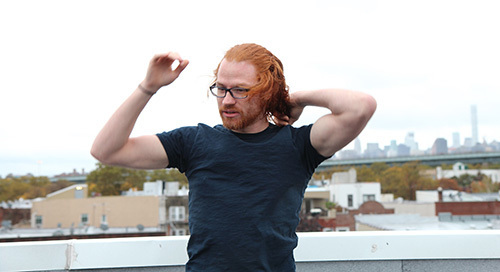 Photo by Nancy A. Ruhling
Ready to strike.

He thought it would be a good business to get into, so he enrolled at Full Sail University in Winter Park, Florida, where he earned an associate’s degree in recording arts and a bachelor’s in business and business management.

After graduation, he spent 3 1/2 months backpacking around Europe. 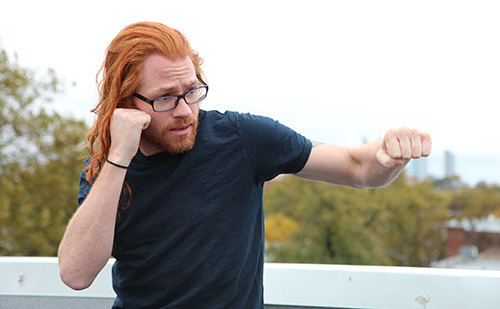 Photo by Nancy A. Ruhling
Take that!

“I went alone, and I learned more from traveling than I ever did in school,” he says. “I discovered myself. I got in touch with all the things I enjoyed as a kid, including martial arts.”

It was an unpaid internship in New York City in the music industry that brought everything together. 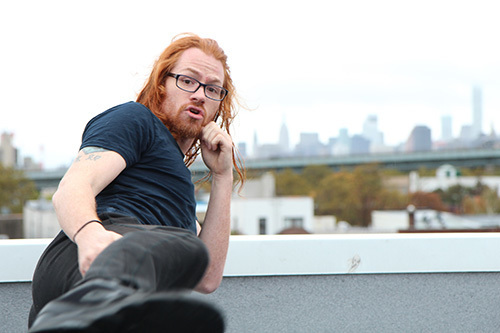 Photo by Nancy A. Ruhling
Are you talking to me?

Nick took a side job at The Rock to pay the bills and adopted a year-old black and white shelter cat, whom he named Po after the Kung Fu Panda, to keep him company.

He also earned this personal trainer and CrossFit certificates. 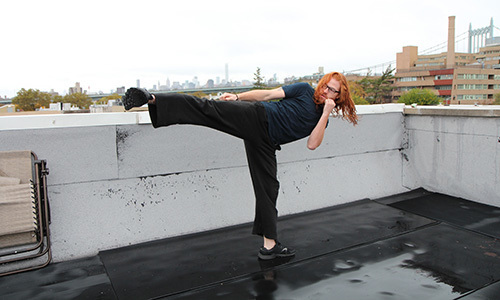 Photo by Nancy A. Ruhling
Back off, buddy.

“There came a point when I woke up and didn’t want to do the internship any more because I was sitting in front of a computer all the time and wasn’t helping people,” he says.

In his spare time, he started fighting at the Ray Longo Mixed Martial Arts gym in Garden City but was forced to quit after he tore his ACL. 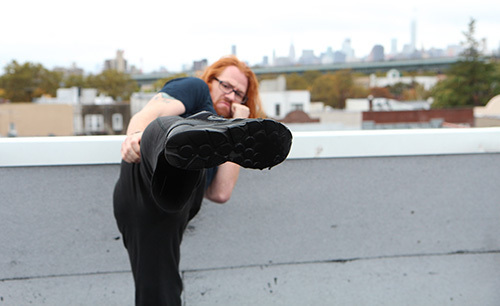 Photo by Nancy A. Ruhling
Right where it hurts.

He works seven days a week, but he says it’s no sweat. The on-site work is four to six hours a day, but that doesn’t count all the extra time he puts in.

Last night, for instance, he traveled to and from Philadelphia off the clock to “corner” a fighter during a six-minute MMA match. In the tangle of backed-up traffic, the round trip took seven hours.

“I love what I do, but it doesn’t give me much time for my own training,” he says. 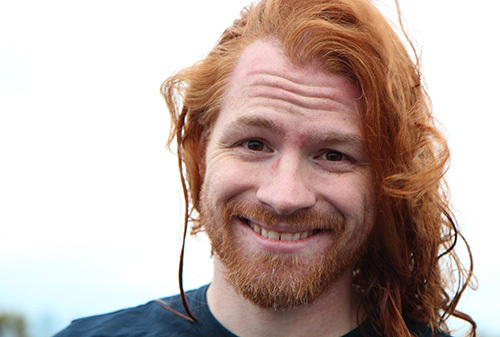 Photo by Nancy A. Ruhling
Wasn’t this fun?

But he does have time to think of the future and hopes that will involve going back to school and opening his own business.

“I’m into the health aspect of everything,” he says. “Maybe I’ll have a health center that focuses on holistic medicine, or maybe I’ll own a fitness center or gym. By doing what I’m doing now, I’m training myself to run a business. Whatever it turns out to be.”