Like a silver bullet, the Harley Fat Boy, a big, bad bomber of a bike, streaks up to the Pomme Cafe. Demetrius Partridge, its easy-going rider, cuts the motor, unzips his leather jacket and confidently strides inside like a movie star.

Demetrius — let’s call him Demey as his friends do — picks a table in the back. This place is new, and Demey, a gourmand, is eager to try it out. As he sits down, the guy at the next table says, “Hey, Demey, long time no see.” After they exchange how-are-yous, Demey gets hit again. “Man, it’s good to see you,” another pal says.

It doesn’t matter where he goes or what he does, everybody in Astoria knows Demey’s name. Demey, the larger-than-life owner of Partridge Realty, stands out in a crowd. He’s towering tall (6-foot-2), dark and gregarious, a born bon vivant. 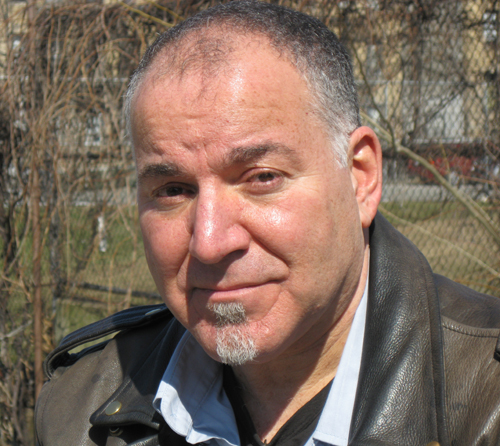 Photo by Nancy A. Ruhling
The unforgettable Demey is an Astoria legend.

“There’s not a street I can walk on that I don’t have to duck,” he says and sighs. “It happens to me in Manhattan, too. I was standing on a corner in the Meatpacking District just the other day, and people were waving at me from their cars.”

“Work should be fun,” Demey says as he dines. “You should enjoy what you’re doing.”

Demey certainly has followed that rule as his career has taken him down multiple paths. It helped that he was born with a golden key in his mouth. “I was the last child of six, the ‘mistake,'” he says. “All my siblings are 10 to 15 years older.”

In 1925, his father, Harry, came to New York from Cyprus, where the family had a farm. They raised carob roots, olives and almonds. “We still own the property there and the 500-year-old house,” Demey says. “And it still has olive trees.”

During the Great Depression, Harry got a job as a custodian at a bridge club in Manhattan. “There were about 20 people applying, and my father got it because he picked up a piece of paper off the floor,” Demey says. “The guy who hired him said, ‘Nobody else even noticed it.'”

One day, one of the club members asked for a sandwich, and Harry sold him his own brown-bag lunch. Soon, he had established a restaurant in the club. When he bought his first house, in Astoria, he made extra money by taking in roomers. Within five years, he had four rooming houses and sold them to buy his first apartment building. By the time Demey came along, in the late 1950s, the Partridge family was well off and well known in Astoria.

Demey wasn’t particularly taken with real estate, and after attending Queens College for six months, he quit to hitch his way across Europe. When he came back, he headed to California. After he stopped having fun in the sun, he set out to find his fortune in Manhattan, where he drove a Checker cab for six months before returning to the family real estate business.

“My dad made me start at the bottom,” Demey says. “At the time, I didn’t like it. I was a super’s helper, and I learned about plumbing and electricity. One of my jobs was cleaning out the boiler room. I was covered head to foot with soot. But the experience was invaluable.”

At the suggestion of his father’s accountant, who didn’t have faith in paper money, Demey invested it all in gold. “Six months later, I had $500,000 in my account,” Demey says. “I was flying high. I was a kid. I bought a 36-unit apartment building in Brooklyn. I had a Cadillac, a solid gold Rolex President, a van and a Spyder sports car, and I flew to Rio and partied a lot. And I would tell my old man, ‘The way I’m going, I’m going to buy you out in a year.'” 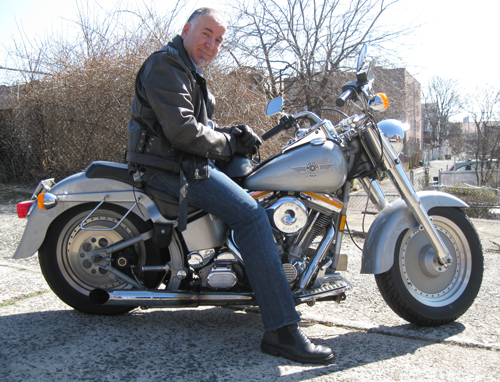 Photo by Nancy A. Ruhling
Demey, a Harley guy, is always on the fly.

But fate had other ideas. The gold market crashed. “I lost everything and was $35,000 in debt,” Demey says. “When I told my dad, he laughed uncontrollably, which was much worse than if he had yelled at me. And he said, ‘You just paid for your education. But you’re young, you’re only 23. You’ll make it back again.’ It was like he took a falling building off my shoulders.”

Demey got serious about real estate, and all of his ventures became successful. “I get tied into the universe somehow,” he says. “Things just come my way. Success comes from positive thinking and from common sense. You don’t need a Harvard degree. I’ve learned that anything is possible and that nothing is impossible.”

Demey has a lot of balls up in the air. There’s a project in North Carolina. And did he mention that he bought some beachfront property in Panama? “I take things day by day,” he says. “I haven’t really thought about the future.”

When the check comes, he checks his Luminox watch, the one with the 1968 stainless steel Omega diving band, and heads out. He stops at a table to greet a buddy. They chat in Greek. He has to be in Manhattan for a nightclub opening. Before you know it, he and his Harley are dust.